The Neustrashimy destroyer opens up new horizons for naval battles in the USSR’s naval tech tree. It is a next-generation ship, in relation to the Soviet destroyers already present in the game.

On January 26th, 1952, a Project 41 destroyer named Andrey Aleksandrovich Zhdanov embarked on sea trials from the Leningrad Shipyard. It was the first of more than a hundred planned ships that were intended for operation in distant maritime zones.

But this impressive major ship series did not see the light of day, and not because the ship proved to be bad. In fact, it was the opposite! The Neustrashimy was so “stuffed” with multiple innovations that it proved to be too complex for the shipbuilding enterprises of the time, as well as for its operators, the navy. For this reason, the ship was converted into a platform for testing various naval innovations and modernisations. In 1960, one of these innovations practically doubled the number of 45 mm automatic anti-aircraft guns. 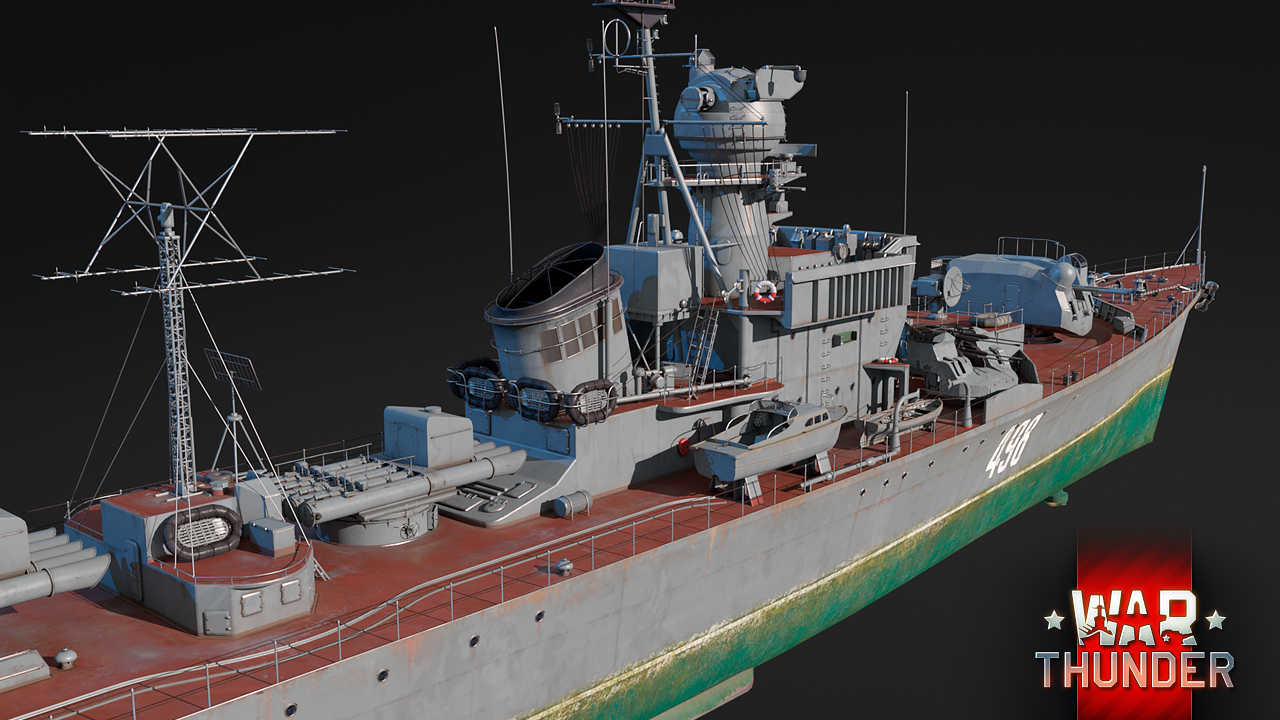 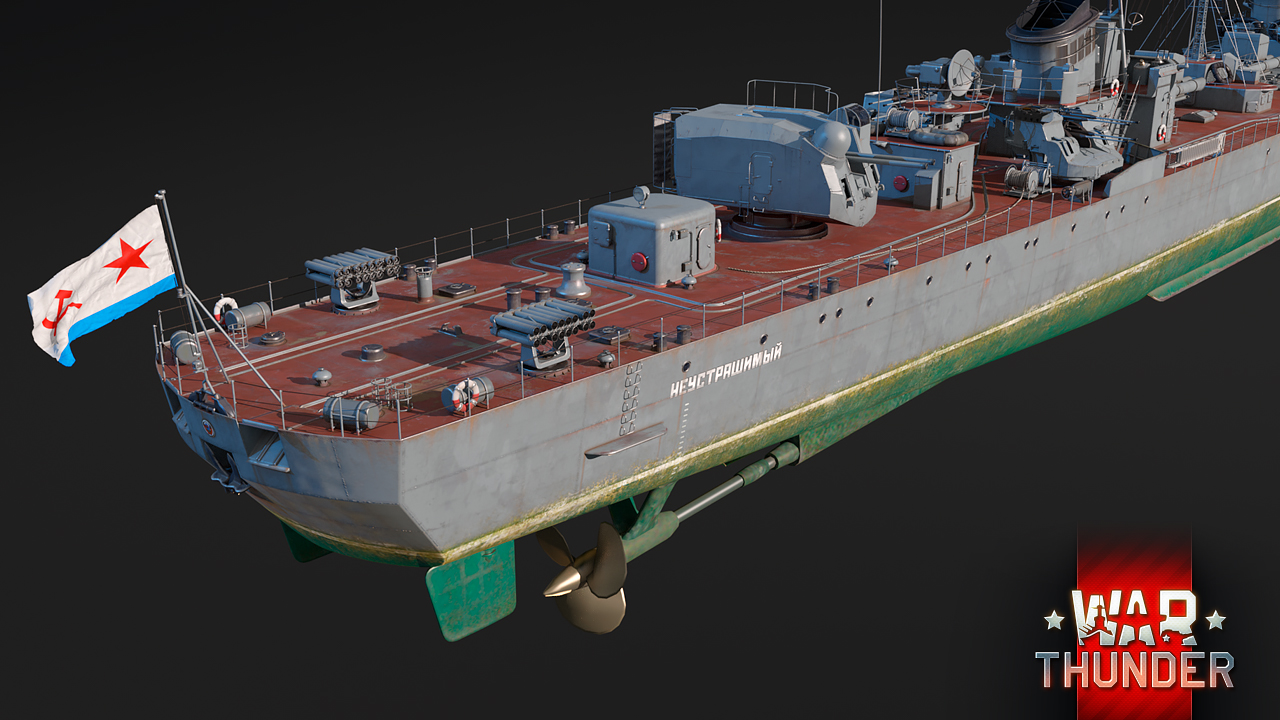 The premium Neustrashimy is a next-generation ship in the Soviet lineup, even in relation to its contemporary, the Project 30 Ognevoy. Firstly, in terms of its displacement, it is roughly on a par with the domestic leaders of pre-war construction. Secondly, it exceeds the latter in the size of the crew. And, of course, its weaponry leaves the competitors far behind.

Fun Fact: The Neustrashimy’s propulsion system was revolutionary for its time: it could be started without pre-heating and the ship could reach full speed within 15 minutes, which significantly increased its tactical options.

The 130mm primary armament became all-purpose. They are mounted on stabilized SM-2-1 turrets with a high automation level, which even allows using them to their full potential as long-range air defence.

Enemy bombers will have a tough time attacking the Neustrashimy, since they will first encounter the primary armament gunfire and then fire from four quadruple 45 mm SM-20-ZiF units.

The torpedo armament is also a bit more substantial than that of its predecessor, consisting of two five-barrelled launchers. The torpedoes themselves are the familiar Soviet 53-39’s. They’re fast but not particularly effective at range, even when you switch speed mode.

Thus, the Neustrashimy is a ship of a qualitatively new level, in comparison with the earlier Soviet destroyers. Attacking it by air is a sophisticated way to suicide. To enemy ships, the Neustrashimy is also fully capable of springing a range of unpleasant surprises. This ship will be a true jewel in your collection. Fast, manoeuvrable, and very well armed.

Commenting is no longer available for this news
Rules
BadassOscar94
9

again a russian ship? Why?

I don't see the problem. They have as many premium destroyers as any other nation.

whats the issue? you got a problem with russian vehicles?

MetalBurn3030, The soviet navy literally did nothing and they're grossly overpowered for what they should be in the game

So destroyer buil-in at 1950 at this same level like Akizuki, Porter or 1936A(Mob). Nice. But 4.7 means that russian "super-destroyer" will meet Clemsons... that's the reason why it called a "superdestroyer" ?

the guns on the Pr.41 are not automatic? atleast not in tbe same way stuff like tbe Pr.159s and Pr35s are unless you're talking about the 45s which I don't believe any guns on ships of that calibre overheat.

the guns on the Pr.41 are not automatic? atleast not in tbe same way stuff like tbe Pr.159s and Pr35s are unless you're talking about the 45s which I don't believe any guns on ships of that calibre overheat.

the_suztown, All guns over heat but there limited fire rate eliminates that for us.

Would be an awesome addition to the game, if it wasn't for the INSANE compression of ship BR's. This thing is dead on arrival since it has to face Graf Spee's, Hipper's and Brooklyns.

It maybe DoA but at least it'll see lower BR battles could be worse like with the KMS Leipzig (OOF), similar was the Sevtlana class cruiser Kraznyi Krym or the Hawkins class HMS Hawkins D86 on release.

A nice ship but it is insanely fragile and the guns are fairly underwhelming, it certainly won't upset the current """balance"""" of 4.7.

I maybe DoA for most battles but at least it'll see lower BR battles could be worse like with the KMS Leipzig (OOF)... this probably is the most balanced 4.7 imo.

*LtCol-RedFox, oops wrong person... but yeah probably the most balanced 4.7.

I'm seeing Cyrillic text on the Coub video on the English version of the website just so you know.