News
back to news
Development
25 February 2020

Lago I: The Medium From the North

The Lago I was an early 1940’s medium tank, developed by the AB Landsverk company and represents the first true Swedish medium tank to be constructed. Soon, tankers in War Thunder will have the chance to take out the Lago I into battle, following its introduction to the game as part of the new Swedish ground forces tree, coming with update 1.97!

During the 1930’s, the Swedish Landsverk company, like many other European arms manufacturers, wished to capitalize on the growing tensions on the continent in order to secure new production and licencing contracts. Among the most profitable markets was the one for new armored fighting vehicles. As a result, Landsverk began developing a whole range of new combat vehicles during the 1930’s, aimed solely at the export market.

Among them was the L-60 light tank, whose basis Landswerk used to develop the larger and heavier Lago tank. While the L-60 saw some commercial success, the Lago tank received little interest from foreign customers. However, after some time passed, the Swedish military changed their doctrine and sought to procure a medium tank themselves. Given that Landsverk already developed the Lago, Swedish military officials turned to the company with the orders to further develop the design.

In the end, the Lago tank went through multiple prototype stages and was ultimately used only as a testbed for the development of the subsequent Strv m/42 and Pvkv m/43 tanks. The vehicle never had any production orders and didn’t take active part in any conflicts. Due to its design however, the Lago I can be seen as the first true domestically built Swedish medium tank. 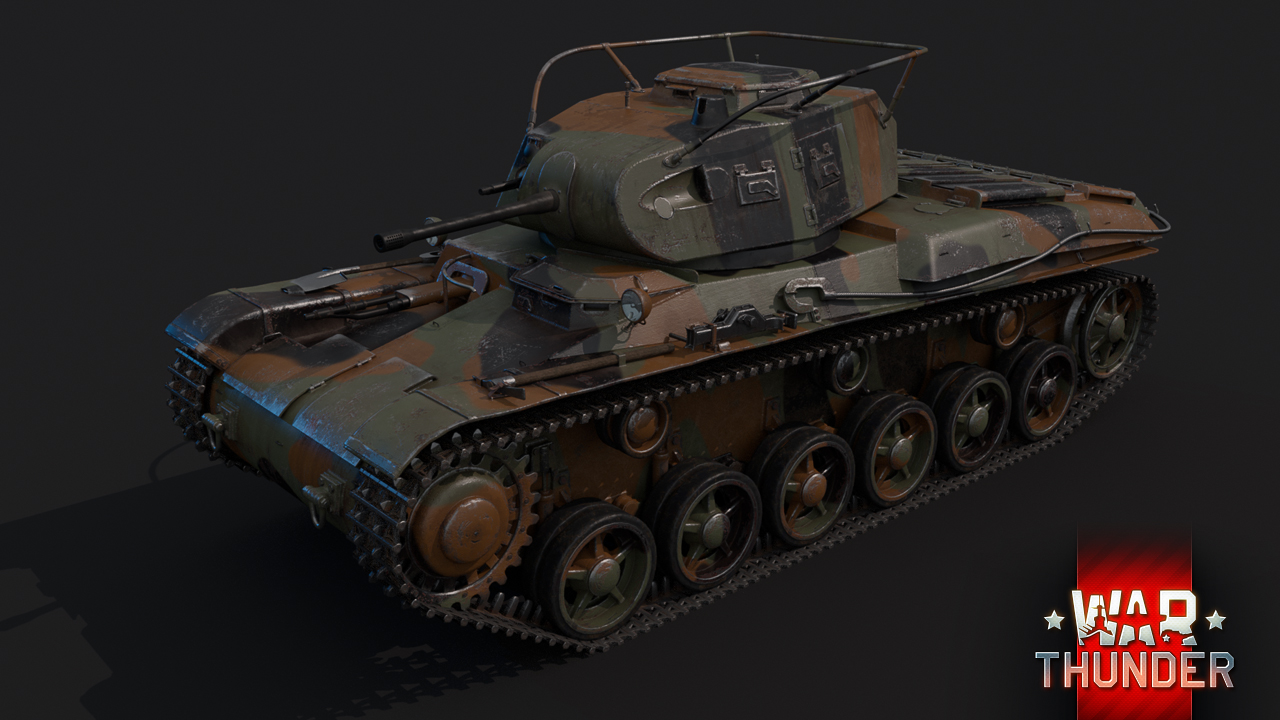 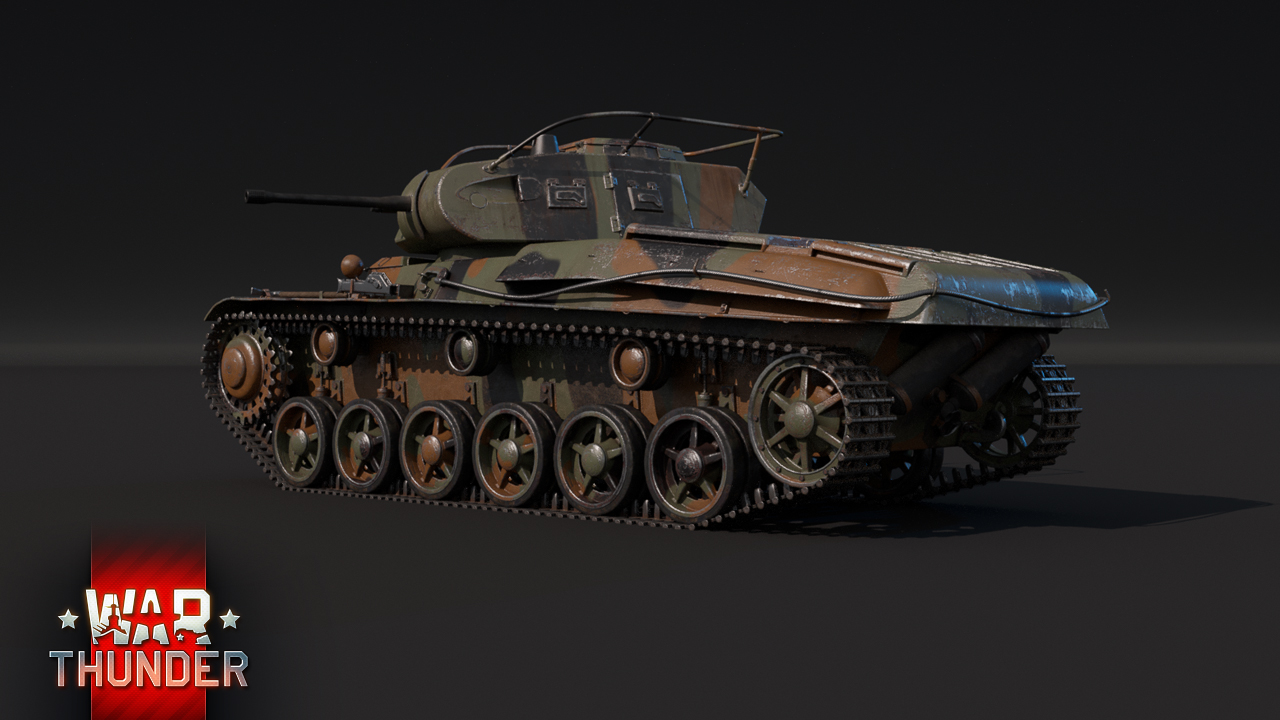 In War Thunder, the Lago I will be amongst the first vehicles waiting for players in the lower ranks of the brand new Swedish ground forces tree, coming as one of the highlights of the upcoming 1.97 update. Offering surprisingly effective armor protection, a quick-firing cannon and high-penetrating APDS rounds as an additional ace up its sleeve, the Lago I has everything a tanker might wish for, for a successful start down the ranks of a newly added research tree!

However, aspiring commanders of this machine will also occasionally find themselves in the unpleasant situation of facing more heavily armored adversaries, in which the standard AP and APHE rounds might not be powerful enough to pierce their armor. In these cases, the Lago I has a unique ace of up its sleeve - high-penetration APDS rounds, capable of punching through close to 90 mm of armor at 500m!

In terms of protection, the Lago I is shielded by 34 mm of armor plating on the front portions of its hull and turret, respectively. Despite seeming once more quite comparable to other nation’s counterparts in this aspect as well, the frontal armor of the Lago I is in places highly sloped and angled, giving it a good chance of simply bouncing off incoming shells, which haven’t been carefully aimed.

However, it’s also worth noting that the conditions inside the Lago I are rather cramped, leading to its 5 crew members being very tightly packed. As a result, a single penetrating shot from a larger caliber cannon may well be enough to put the Lago I out of commission for good.

Lastly, a few words on the Lago I’s mobility. Being powered by two Scania-Vabis 1664 petrol engines, producing a total of 285 hp, the vehicle is able to reach a top speed of 45 km/h on paved roads, with its top speed slightly decreasing in off-road conditions. As a result, commanders of this machine will have no trouble getting their machine of war to wherever it’s needed on the battlefield.

The Lago I awaits all eager tank commanders at Rank II of the brand new Swedish ground forces tree, coming soon to War Thunder with the upcoming update 1.97. Until then, be sure to stay tuned for more news regarding the next major update coming to the game. Happy hunting, tankers!

Commenting is no longer available for this news
Rules
ENDERLU
20

When give the Chinese or other contries's tanks?

In fact China has many unique vehicles.Such as ZTZ88/ZTQ62(GAI) and many wheeled tanks.I look forward to seeing them in future games soon！

no interest on copy-paste tree at all, unless they can delete the entire low tier tree which is not possible.

That's cool and all, but could you perhaps start showing some higher tier stuff? You know, things that people will actually play for longer periods, not just grind through asap.

You do realize this update is about the Swedish ground forces right? You might also realize not everyone wants to play top-tier. So would you kindly stop filling the comment section with "Gib muh highteir" and be patient like the rest of us.

Theberzerkerlord, You might also know not everyone wants to play low-tier. So would you kindly stop stoping others asking for higher-tier vehicles?

I think they're doing the devblogs from low to high tier one by one, so the higher ones will probably come eventually

Unlike many here, I can't wait for Swedish tanks. They look cool, and everyone will be able to play them. Not only that, but skill is also required for this sort of stuff. Top tier players wouldn't understand this, because they'd rather pay their way to the top to get something with guided missiles or night vision or a radar so they don't have to put in any effort to learn the vehicle. They need some sort of HUD to do all the work for them.

GetoDac, I find high-tier rather boring. Armor is largely irrelevant, helicopters with AGMs are king, cannons basically have no drop, thermal makes hiding behind bushes and trees pointless, night-vision just gives an unfair advantage over tanks that don't have it, so on and so forth. Low-tier doesn't really suffer from many of the common issues that people seem to complain about either.

It's quite rude to assume that all people who play top tier are wallet warriors.

Low tier Swedish tanks everyday? Can't you just post a preliminary tech tree like you did with China so you can save some devblog for high tier stuffs? Or is it you havn't prepared content for high tier vehicles yet?

Or it's us doing devblogs in our way? :)

Stona_WT, If so what happened to the one low tier, one high tier formula?

The chinese tree didn't have many vehicles that warranted a separate dev blog. Most of them were already in game under either the Soviets or the Americans.

can we get devblogs about things we don't know about rather than more low tier swedish tanks?

You already knew all that on low rank Swedish Vehicles? Looks like we have a leak!

Stona_WT, Honestly, it's not even hard to guess them. The options are limited. It was already quite easy to guess all native Swedish airplanes and only a question where you would cut off the tree and which foreign vehicles were included.

No another country vehicles???