Sav m/43 ground vehicles will be the most common Swedish SPG’s in starting-rank battles. Let’s talk about them in more detail.

In 1942, Sweden began developing a new SPG built on a modified chassis from the Czech LT vz.38, better known as the Pz.38(t) in the German army. This new SPG was supposed to be equipped with the 75mm L/31 cannon that was already in production. By autumn of 1942, a wooden model of the planned vehicle had been created and, after a number of improvements, the project advanced to manufacturing prototypes. Exactly one year later, in October of 1943, testing began. The SPG passed with flying colours and hit assembly lines under the designation Sav m/43 (short for “Stormartillerivagn”, Swedish for “assault artillery carriage”). A little later, a version with a 105mm gun came out, and, by the end of 1946, all m/43 SPGs had been re-equipped with this new cannon. The Swedish army had used this SPG until the early 70’s. From the moment it entered military service until the end of the Second World War in Europe, the Sav m/43 vehicles were grouped by the Norwegian border and then assigned to infantry units as fire-support vehicles when the army was reorganised. 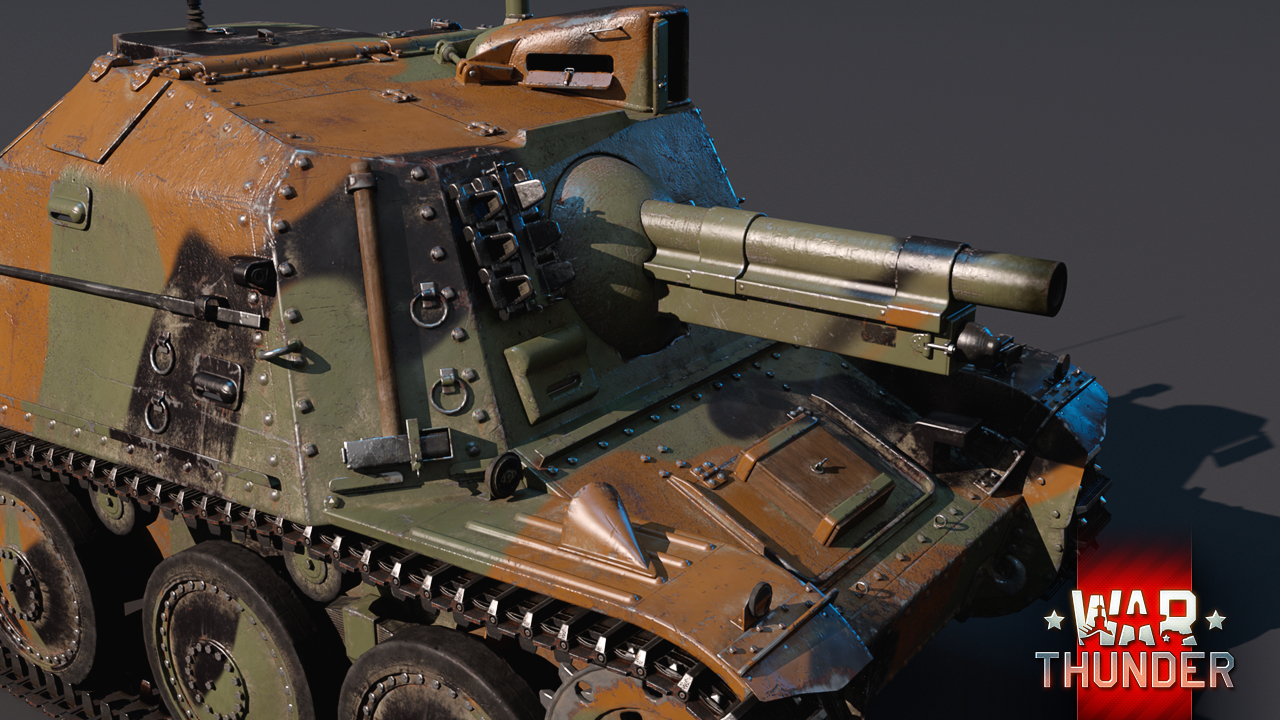 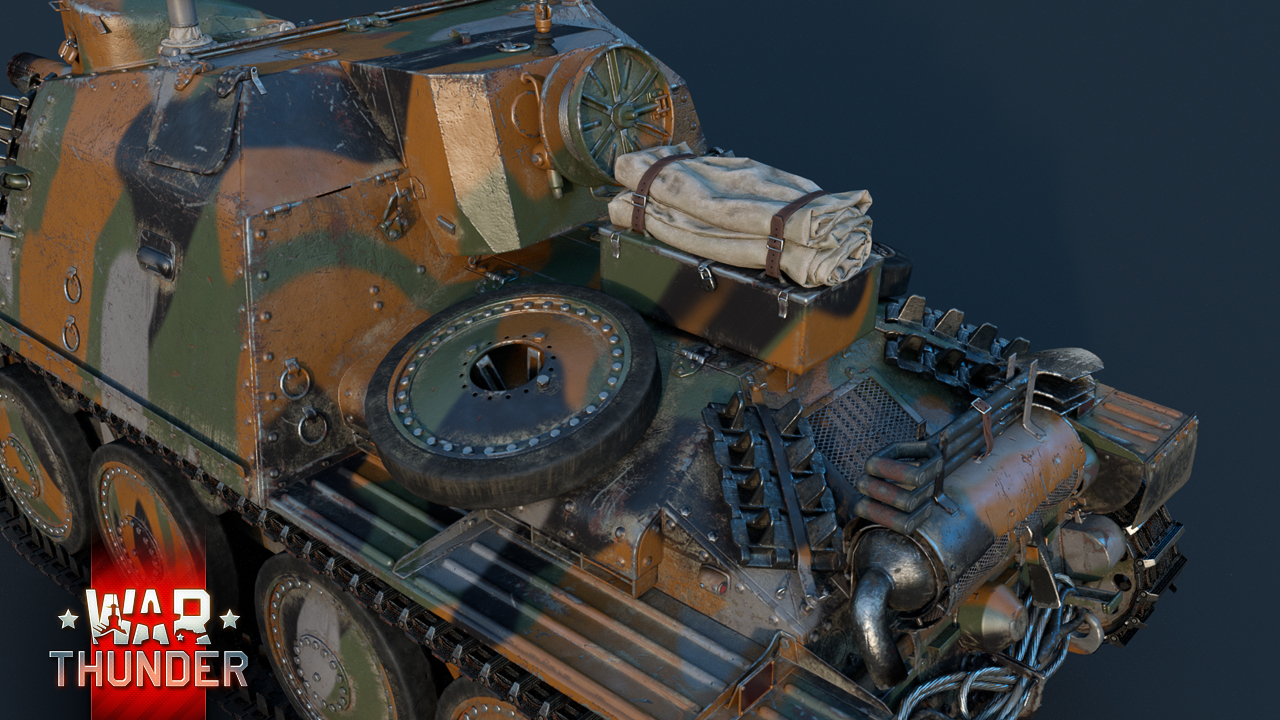 When Swedish armoured vehicle tech tree testing begins in the War Thunder 1.97 update, two versions of the Sav m/43 will be available within the game: a modification of the 1944 version with 75mm armament, and the 1946 version with the 105mm cannon. The first remarkable thing about this SPG is its angular, high crew compartment. In fact, the Sav m/43’s dimensions are its only drawback. This assault gun is fairly compact, and its light weight makes it very dynamic. Its armour is certainly sufficient for the platform of a light tank with up to 50mm at the front of the compartment.

Once you purchase this vehicle, you will have armour-piercing shells with a ballistic cap and high-explosive shells that, at a calibre of 105mm, are effective against medium and light tanks from the WWII era. In the modification process the HEAT rounds with a penetration of 240 mm on a normal impact become available, making it possible to penetrate ANY enemy, as long as you hit them in the “soft” spots, like the ammo rack.

The two SPGs can be researched in order: the 1944 version at the first rank, followed by the 1946 version with the 105 mm gun. Both vehicles are great for their ranks, and the 1946 Sav m/43’s fantastic HEAT rounds will be useful in battles at higher ranks as well.

We’re going to tell you about another new addition coming in the 1.97 update very soon. Keep an eye out!

Commenting is no longer available for this news
Rules
der_jak
23

Why do swedes make so many cute tanks?

So IKEA can outsell the competition ))

Smin1080p, IKEA? You telling me we have to assemble all of the Swedish tech tree from flat pack...?

because swedes make cute things, that are extremly deadly. catch the enemy off guard lol

I'm just wondering, will the Type 10 ever be in Warthunder? I'm really looking forward to that..

Oh yes, because top tier is a balanced and fun experience right? RIGHT?

thefliris, I mean the vehicles are interesting even if the gameplay is not

Ranks I, II, III, IV and V are a huge part of the game for every player too. We are only 3 dev blogs in to this update.

Whoo dovbleg! This thing looks cool. Will we see anything Russian this week?

Does it matter whether or not it shows up in a devblog? The update will release with the vehicles it comes with, whether devblogs show up or not

such cute tanks, viggen when?

after draken i hope