News
back to news
Development
28 February 2020

The Pvkv II is an experimental tank destroyer, developed in the early 1950s as a stopgap measure for the Swedish military, lacking in modern tanks at the start of the Cold War. Coming to the game as part of the new Swedish ground forces tree, tankers will have the chance to put this interesting prototype to the true test of combat in the War Thunder’s upcoming update 1.97!

Briefly: An early Cold War Swedish tank destroyer prototype, based on the Strv m/41 and armed with a 75mm converted anti-aircraft cannon.

In the immediate postwar years and going into the Cold War, Sweden found itself woefully under equipped for any potential new conflict breaking out. Particularly when talking about tanks, the Swedish military was mostly relying on outdated light tanks and tank destroyers of the WWII era, while only possessing a handful of modern vehicles, adequate for modern requirements.

Although the immediate solution to the problem would be to procure suitable new tanks, this wasn’t an option for the Swedish military in the postwar period as the armed forces found themselves subject to many budget cuts and thus lacked adequate funding to procure new vehicles.

Instead, the Swedish military put out a set of requirements to convert existing tanks into more capable tank destroyers by outfitting them with large caliber anti-aircraft cannons. The conversion was envisioned to be quick and very cost-effective and act as a stopgap solution to the problem at hand.

As a result, one of the vehicles that came into being under this programme was the Pvkv II - a Strv m/41 converted into a tank destroyer by having its old turret replaced with a new one, housing a 75mm converted AA cannon. Despite proving itself as a capable vehicle during comparative tests with the AMX-13, only two prototypes were built as by 1953, the Swedish military soon adopted the Strv 81 (Centurion Mk.3), thus eliminating the need for conducting further work on the project. 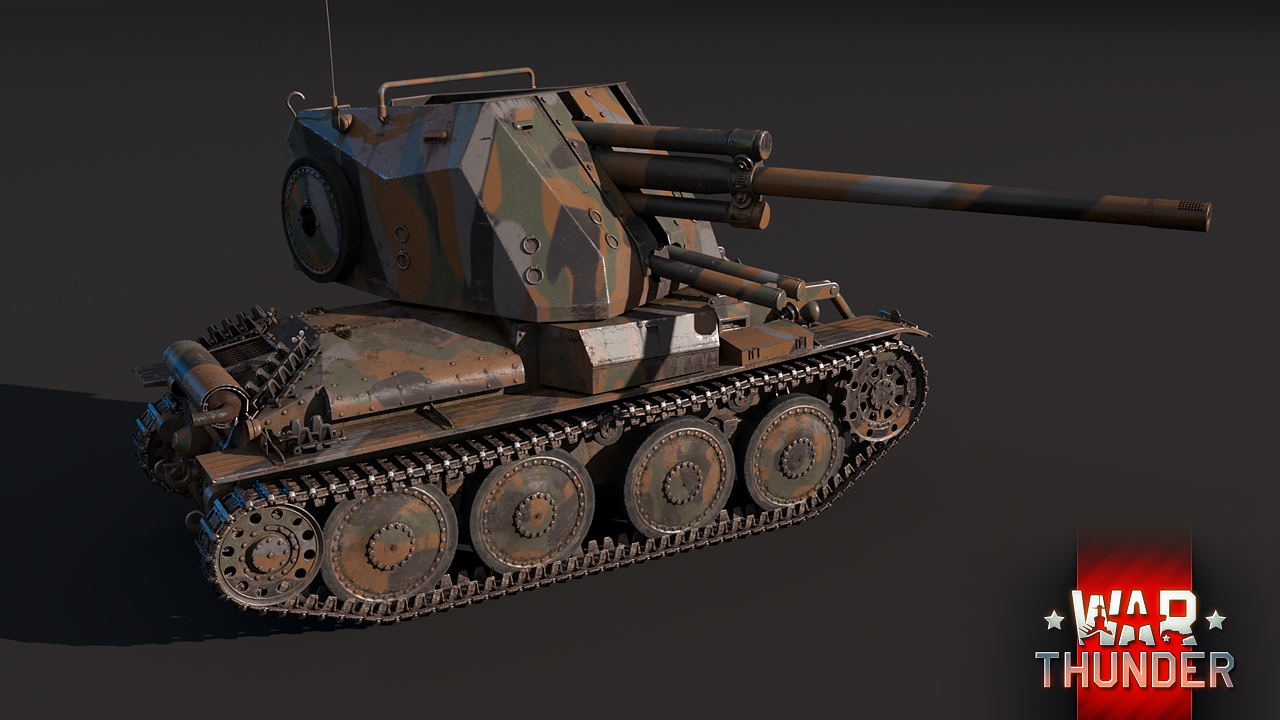 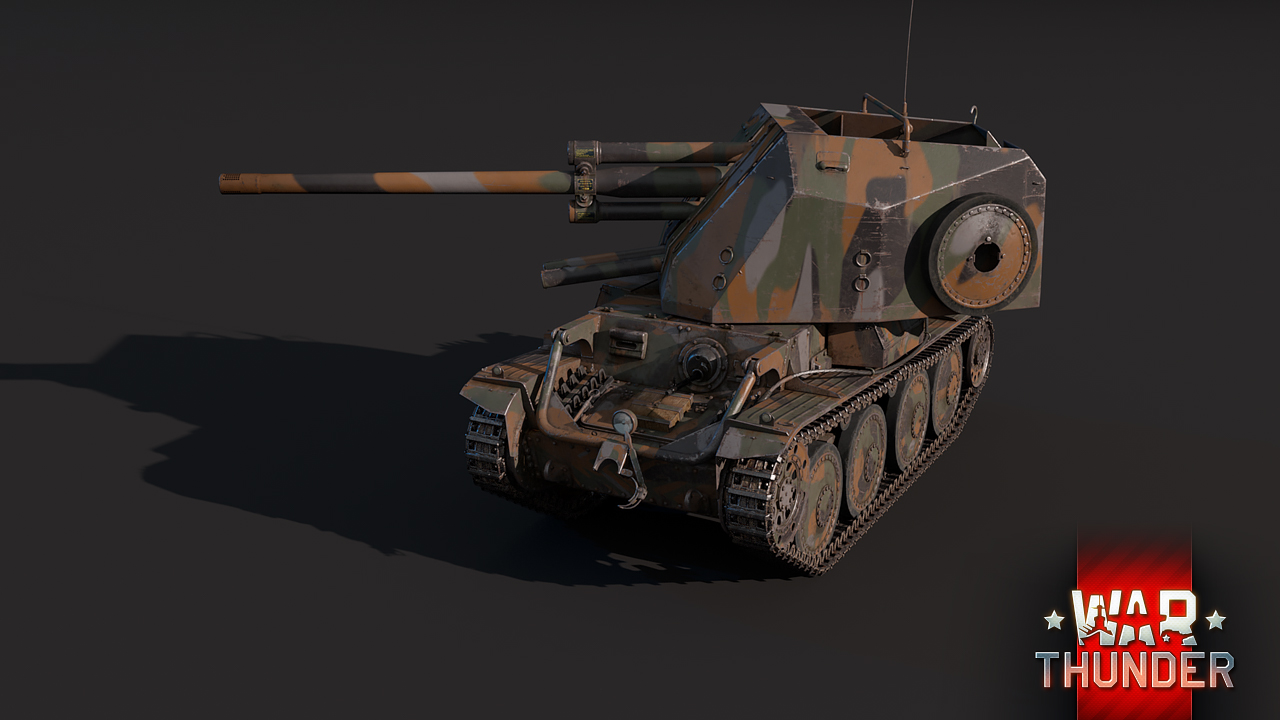 In War Thunder, the Pvkv II will await eager tankers at Rank III of the brand new Swedish ground forces tree, coming to the game as part of update 1.97. Despite looking like a German Marder III that’s been living in Swedish exile for the duration of WWII, rest assured tankers, this is in fact a domestically built Swedish tank, bringing with it some noticeable differences, which set it apart from its German doppelgänger.

One of the most striking visual features of the Pvkv II is its familiar looking chassis. This is unsurprising given that the chassis was taken straight from a Strv m/41 - a Swedish licence-built version of the original Czechoslovak Pz.Kpfw. 38(t). The only notable difference with the chassis compared to the original design, is that it houses a more powerful 165 hp engine, serving merely to offset the weight increase caused by the conversion to a tank destroyer.

Speaking of tank destroyer conversions, the lare, open-topped turret, housing a 75mm cannon is exactly what turned the Strv m/41 into a fully-fledged tank destroyer! The 75mm gun, being a repurposed AA cannon, has very favorable ballistic properties and can fire two types of AP rounds - a solid shot and one with explosive filler. This, combined with good elevation angles and the fact that the turret can be fully rotated makes the Pvkv II a highly effective tank hunter, capable of achieving the same lethal results under varying combat conditions.

However, the Pvkv II does also come with some considerable drawbacks, which aspiring commanders of this machine should keep in mind before heading into combat. Namely, the Pvkv II’s most exposed part - its turret - is only protected by 15mm of armor at its thickest areas, on top of offering no protection at all for crew members from strafings runs conducted by aircraft from above.

This, in addition to a comparably slow rate of fire of just 6 rounds/min, makes the Pvkv II a true ‘glass cannon’ - capable of dealing tremendous damage when used correctly, but also an easy frag for opponents that catch it off guard.

Commenting is no longer available for this news
Rules
Sweden_Won_WW2
15

This is why i play War Thunder

Stona_WT, you see... its good nickname cause it tru

The only way to win for sure is to not play.

Do you want 2nd Devblog today?

Id guess this would never come as a research tank or even a premium. I say this because they removed the Maus from Germany, so to me, it seems like it probably wont be added.

The heck is wrong with the Swedish, why do they tanks look like some kind from the kindergarten designed them?...

You know which country Pippi Longstocking comes from?

Normally I'd disagree, but in the case of this vehicle, there is no denying that it looks silly...

how about you give a russian tank, you know like the t90a or t72b.come on just give it to us I you have it

Will Japanese ground tech tree get any love this update?

4 patches later, im looking for that SAM system my man!