News
back to news
Development
27 February 2020

The AMX-32 is an improved variant of the French AMX-30 main battle tank, primarily developed for customers on the export market. Standing out from the base model with better protection and a higher caliber gun, the AMX-32 will soon reinforce the French top ranks and will await all seasoned tankers in the upcoming update 1.97!

Briefly: A further development of the 1970s AMX-30 MBT, featuring a new, better protected hull and turret as well as a more powerful 120mm smoothbore cannon with gun stabilizer and thermal vision!

Development of the AMX-32 began in 1975 as a private venture of AMX, in hopes of attracting the interest of foreign customers, which are already using the AMX-30. The new vehicle was intended to offer better protection than the base model, in addition to several other improvements in various areas in order to spark the interest of international customers.

The first prototype of the AMX-32, fitted with a 105mm gun, was unveiled in 1979, followed soon after by the presentation of the second prototype in 1981, armed with a 120mm cannon. However, despite the improvements offered over the base model, the AMX-32 attracted no interest from neither foreign customers nor from the French military, the latter of which more favored the notion of modernizing its existing fleet of AMX-30s, rather than procuring a new vehicle.

After only a handful of prototypes were built, further development was soon afterwards cancelled due to lacking interest. However, although the AMX-32 never became a success itself, many of the features that it incorporated and experiences gained during its construction were carried over the subsequent projects, such as the AMX-40 and modernization projects of its predecessor - the AMX-30. 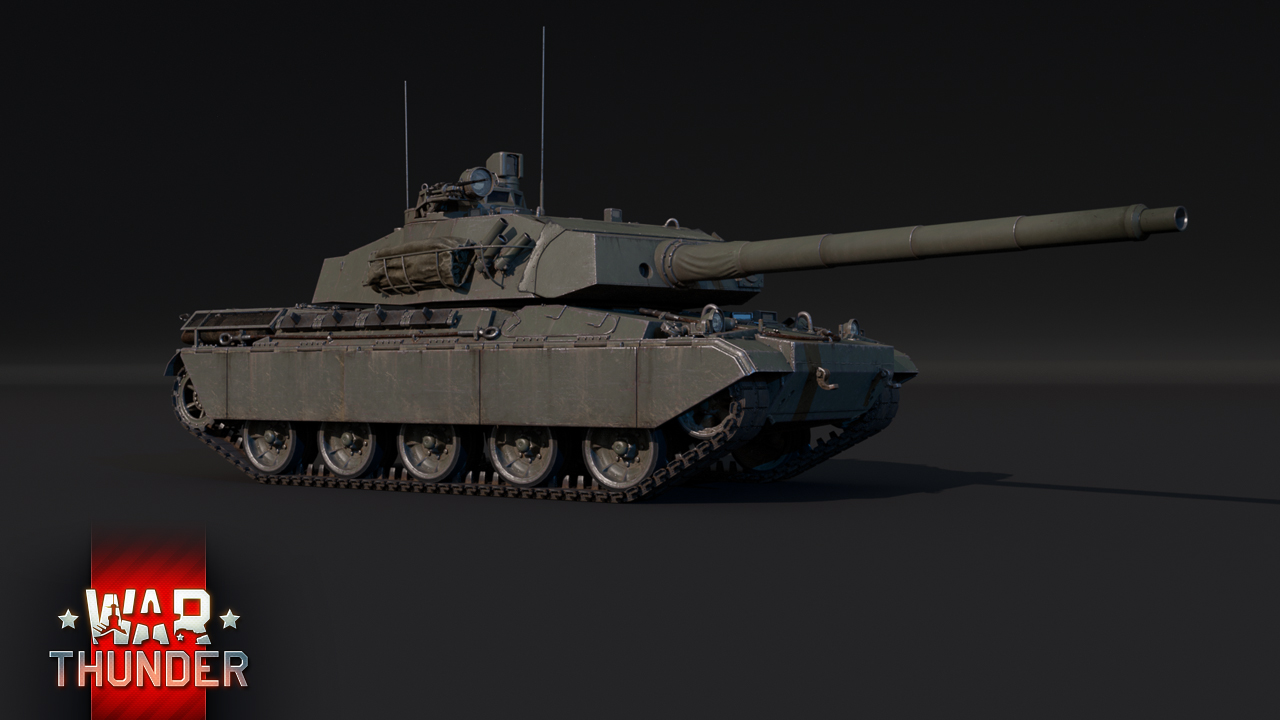 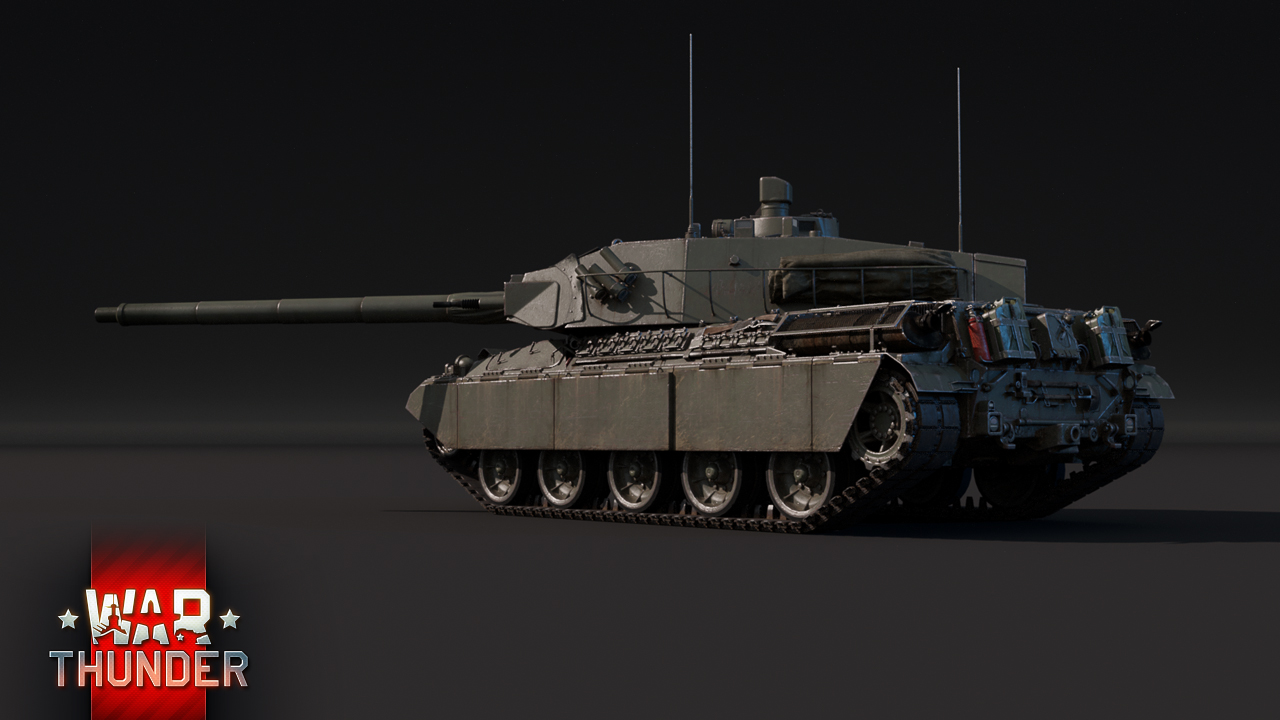 In War Thunder, the AMX-32 will be a new main battle tank, arriving soon as part of update 1.97 to Rank VI of the French ground forces tree. Further expanding upon the arsenal available to seasoned French tankers, the AMX-32 offers its future commanders improved protection over the regular AMX-30, as well as substantially improved firepower, courtesy of the lethal new 120mm smoothbore cannon with stabilizer, thermal vision and laser rangefinder!

Being based on the AMX-30, it comes to no surprise that the AMX-32 shares a great deal of visual similarity with its older brother. Visual similarities aside though, those who come expecting a mere face-lifted AMX-30 will inevitably leave empty-handed, but this doesn’t automatically mean that they’ll be left disappointed too.

Furthermore, the AMX-32 received a substantial improvement in its firepower department. Although initial prototypes were armed with 105mm cannons, similar to that found on the regular AMX-30, later units were fitted with the more powerful 120mm smoothbore cannon with stabilizer, similar to that found on the AMX-40 - a familiar vehicle to seasoned War Thunder tank commanders. As such, tankers can comfortably go up against even some of the tougher opponents they may meet on the battlefields, thanks to the presence of excellent sub-caliber rounds carried by the AMX-32.

However, the AMX-32 does come with a notable drawback, which its aspiring commanders should be aware of before going into battle. Being powered by an 800 horsepower engine and weighing in at 40 tons, the AMX-32 will only achieve average levels of mobility, especially in off-road conditions, meaning that it will more often than not lag behind some of the more mobile vehicles found at the top ranks.

Although the AMX-32 never had the chance to prove its mettle in the heat of combat in the real world, War Thunder tankers will soon have the chance to do so on the virtual battlefields in the game. To do so, make sure to add the AMX-32 to your vehicle collection upon its arrival to the game as part of update 1.97. Until then, happy hunting tankers!

We would also like to thank Tantor57 for their assistance in helping to provide sources and information on this vehicle.

He just sent me all the documents he provided to you guys. Safe to say he's done an exceptional job.

When will we get something german if at all

FEGELAIN, Germany has the most stuff out of All nations. Pls take a seat and Let Sweden ( which obviously gets the most this Update ), China, Italy, France and UK get some stuff ( even tho UK got some pretty big love last update but yea.

Thanks gaijin, this is what the French tech tree needed! Good work

Ouiche, hope we can get strv.121 in SE tech tree at once

Can I expect a new MBT in Russia?

Noxapalooza, Yes. I hope its the T-72B and T80UD variants first, before they add T-90A.

Russia and USA have too many modern vehicles already. Other faction needs more love.

alexlaza, Thats because they DID produced many variants (indeed US/USSR were the main nations of the period). There are key variants that werent added yet

I mean it isn't a Mirage or something that flies very easily. But I am sure the Frenchy bois will be happy to have this tank in their lineup.

yes, the mirage would be cool but i'm starting to doubt we will have it someday

monsieurX115, I'm certain it is coming as Gaijin have said they are working on solving problems related to the jet's wingshape or something along those lines. We just have to wait patiently for now...

Fun fact - 2 DovBlegs and non of them is related to Sweden!

Stona_WT, So are you saying we´ll get a Swedish one this week, possibly a tier 6 pack? ))))

Thx. Was hoping for this to be added one day. Any chance to see the 105mm variant in the future?

Thank you Gaijin! Finally! Do u have any plans for Panhard EBR tho?