The Ikv 103 self-propelled artillery unit will replace the Swedish SPGs of the Second World War period in the game. It will become one of the main vehicles for battles at low rank

In 1949, the procurement division of the Swedish army placed an order for the development of a light assault self-propelled gun to substitute the Sav m/43 SPG. Three companies took on the work: AB Landsverk took on the development of the platform, Volvo was responsible for the powertrain, and Bofors for the armament. In fact, three versions of the vehicle for different purposes were planned at first: one with a 75 mm cannon, a machine-gun-equipped modification, and also a special one that was intended for the deployment of specific weaponry, such as flamethrowers and rocket launchers. Thus, a light (merely eight tonnes in all), tracked infantry-support vehicle was produced, with an open cabin and bulletproof armour.

In 1952, a cannon-equipped version, under the designation the Ikv 72 (short for “infanterikanonvagn”, meaning “cannon-equipped infantry-support vehicle” in Swedish), was put into service. A little later, the SPG’s were re-equipped with 105 mm howitzers and the cabin was retrofitted with a roof, which could protect the crew from bullets and shrapnel. This modification received the designation Ikv 102. Meanwhile, the Swedish army ordered another series of the vehicle with an upgraded chassis to allow installation of a new air-cooled engine, while the gun and the armour remained the same as the Ikv 102’s. This new version was designated Ikv 103. The Ikv 102 and 103 SPGs remained in use by the Swedish army until the mid-1970s, when they were replaced with the Ikv 91 SPG. 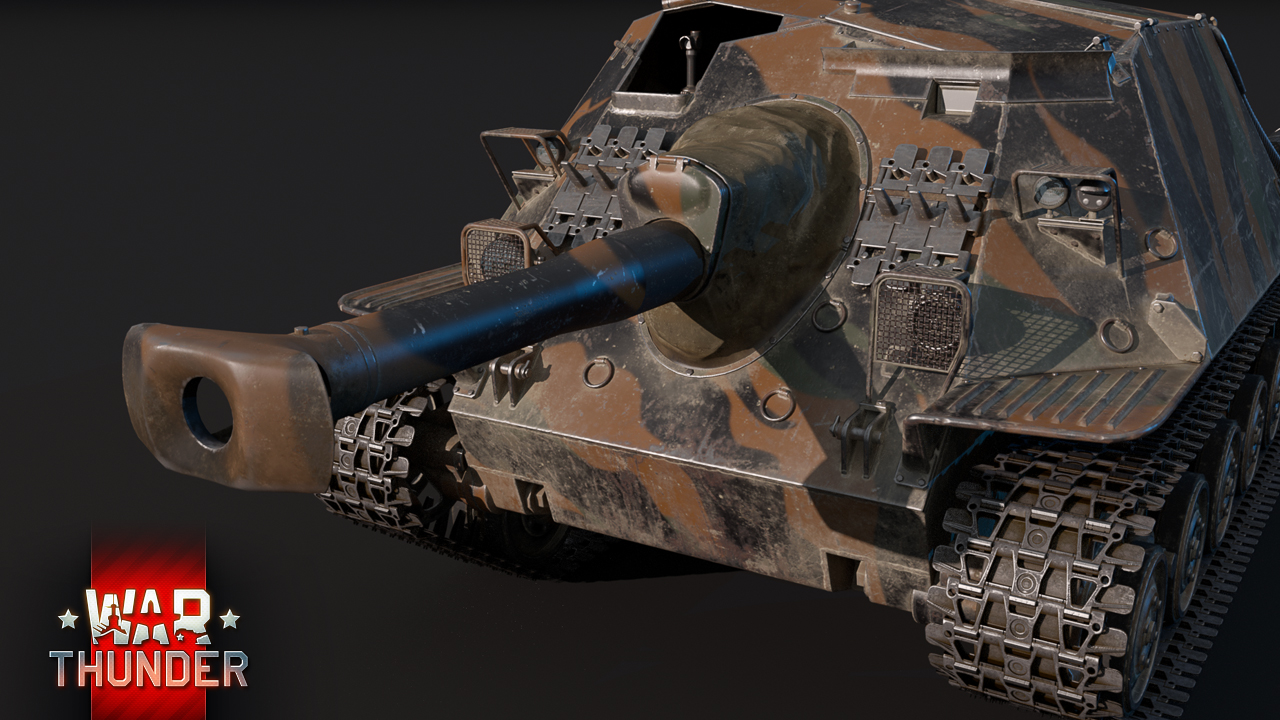 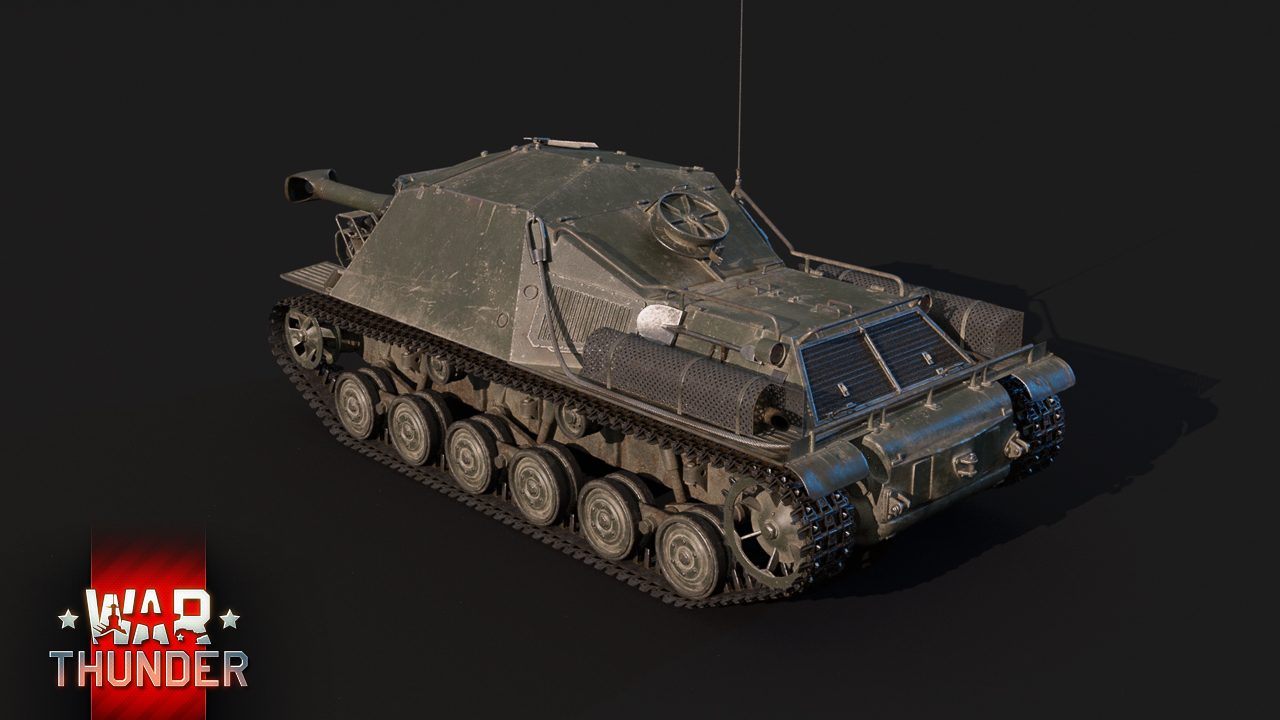 The Ikv 103 SPG will appear in our game at rank III of the Swedish armoured vehicle research tree. The armour on this SPG, even disregarding the bulletproof armour of the fighting compartment roof, leaves much to be desired and can be penetrated by literally any opponent. Unfortunately, the stock armour-piercing rounds and high-explosive fragmentation shells are far from highly effective. They cope rather poorly with medium tanks and light vehicles, but heavy tanks, such as the Soviet KV’s or the British Churchill tanks, are a real problem for them. HEAT shells are available from stock and are capable of penetrating up to 240 mm. But it’ll change, when research on the fantastic HEAT shells with 400 mm of armour penetration on a normal impact is complete! Then, the respectable elevation angle limits (-16/+20), smart positioning, and camouflage allow it to overcome even the most “stout” enemies. The main point is to try and take out an enemy tank’s ammo rack or disable its armament. But the complex ballistics of the 105 mm howitzer does not allow the vehicle to shoot at long range, and the powerful HEAT rounds must be aimed very carefully.

The Ikv 72 version with the 75 mm weapon could be found on the rank I, and it has a far better long-range hitting rate. The weak armour and open cabin of the Ikv 72 make it an easy target for any opponent who gets the fragile Swede in the crosshairs. Even a fighter with rifle-calibre machine guns is capable of annihilating the crew, and then that’s it: hello, hangar... It’s all doom and gloom, isn’t it?

Definitely not! Firstly, we have the excellent -20/+20 elevation angle limits, allowing fire from ditches and from the reverse hill slopes. Secondly, the tracks can take this vehicle over hills and rocks inaccessible to wheeled tank destroyers. All in all, thanks to its light weight, the vehicle has nice movement stats. And the stock armour-piercing rounds are enough for taking out any target, especially from the sides.

In other words, while this vehicle has some serious disadvantages, it also has some significant advantages and is definitely worthy of attention. These SPGs and other fascinating tanks in Sweden's research tree await you in the beta test for Swedish ground vehicles in the upcoming 1.97 update. Keep an eye out!

We remind players that the owners of the early access packs will have access to the Swedish Ground Forces research tree when update 1.97 is released.

Commenting is no longer available for this news
Rules
TheAntiAirGuy
22

Do you want 2nd Devblog today? (edit) Most probably you will need to wait till tomorrow :( Today we already published 3 articles.

Nice tank well done but please.... when you finally decide to add the T90A to the game its going to be outdated it looks like. Even if you do now is going to be... Also would be nice to have an another Leclerc for Fr. Oh and where are the Top br MBTs for china?

Better chance of seeing a T-72B first, the T-90 would be a rather large jump from just the T-72A.

CK_16, You say that is if that’s how War Thunder works, It would be fine if they added the T-90A then added the previous T-72’s later on down the line.

This is gonna be so cool I can't wait

Maybe let's give some other trees some supersonic aircraft before padding out then freeaboo tree. You know, France, Italy and Britain are still missing home-brew top tier aircraft.

It says "Swedish aviation tree" in the last sentence instead of "Swedish ground forces tree".

shhh it can fly comrade

Yeah, it was too brave to type that things can fly. We changed the sentence, thanks :)

Stona_WT, Why has the KV-1B had its lion gains reduced to 140% and the KV-1E has increased its gains to 280%? both are heavy tanks BR 4.0 with exactly the same armor and the same ammunition, why only the German model was reduced the lion gains ??

Italy aviations getting love this patch?

Yes please, I would love a Caproni WW2 bomber.

Is Sweden looking at getting a 10.0+ at launch or will it be closer to China and be at around 9.0 max at first?

I might guess it will likely be a 9.0 start I think.

Lurking_Eyes, Having them at 10.0+ would make sense, though, as the current MBTs that Sweden use are Leopard 2A4s and (improved) 2A5s.