The ZTZ96A is a further development of the Chinese ZTZ96 MBT, which made its first public appearance in the late 2000’s. Also coming as one of many new interesting additions with update 1.97, the ZTZ96A will offer Chinese tank commanders in War Thunder a more advanced version of their existing top tier MBT!

Briefly: An upgraded version of the ZTZ96 MBT, featuring improved protection and mobility, thanks to the addition of ERA packs and a more powerful engine.

Development of the ZTZ96A began in the early 2000s, once it became clear that the introduction of the ZTZ99 MBT would be delayed due to issues surrounding its development. As a result, Chinese engineers developed an improved version of the existing ZTZ96, in order to counter the threat of the most advanced fighting vehicles of other nations, such as the USA, Russia, Japan, Korea or India.

Two different prototypes were built as part of the development work, of which one was chosen for further development and eventually entered production as the ZTZ96A. With the ZTZ96A, Chinese engineers addressed two of the biggest shortcomings of the original ZTZ96 - mobility and protection - by installing additional ERA packages to the turret and hull front as well as fitting a more powerful engine.

The ZTZ96A was first revealed in 2006 and served as the basis for the development of more advanced versions of the vehicle. The ZTZ96A is still in service and makes for the most widely used main battle tank in service with the PLA today. 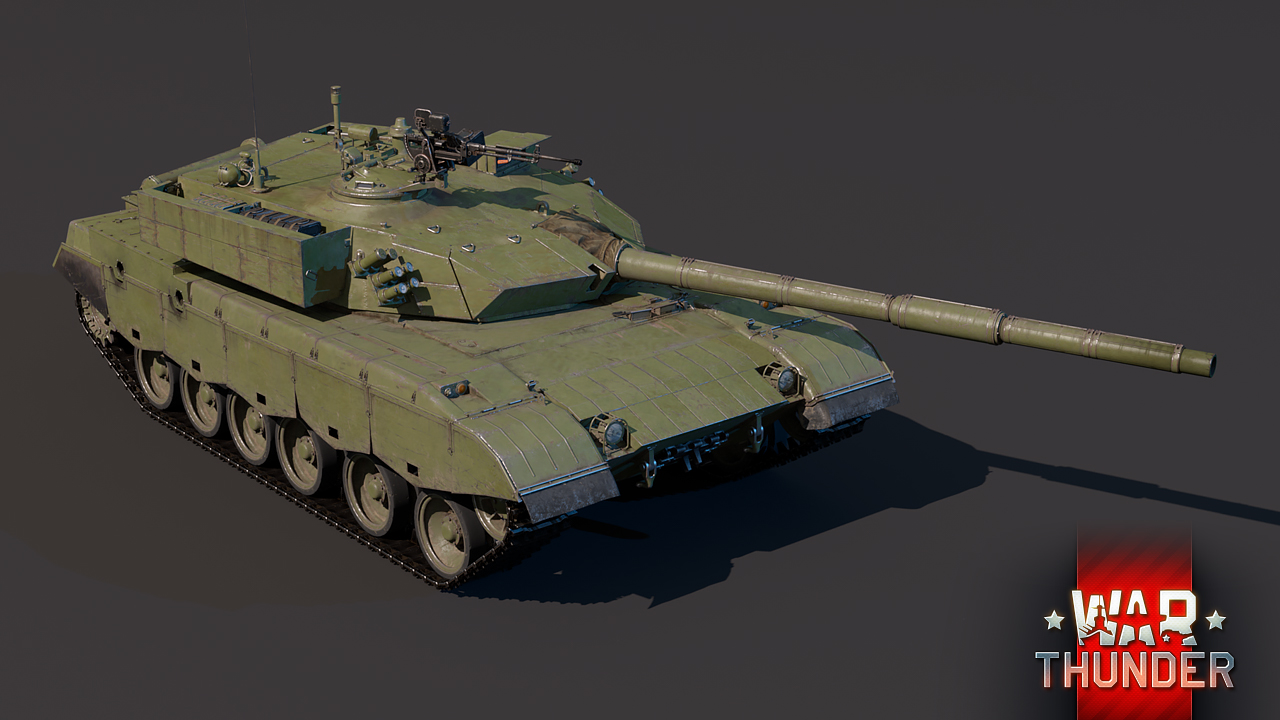 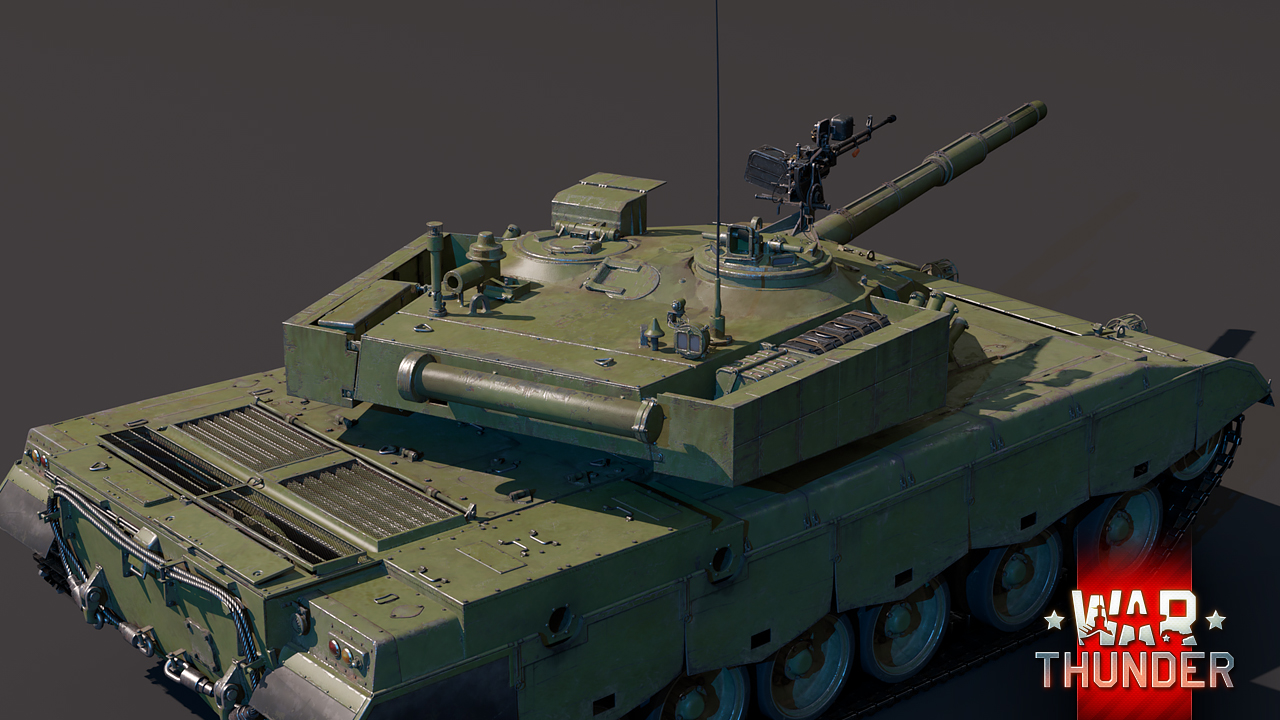 In War Thunder, the ZTZ96A will be a new Rank VI Chinese main battle tank, making its way into the game as part of the upcoming update 1.97. Addressing some of the shortcomings of its predecessor - the ZTZ96, which arrived to the game in one of the previous updates - the more advanced ZTZ96A offers its aspiring commanders improved armor protection and mobility, thanks to the presence of an ERA add-on armor package and a more powerful engine!

On the surface, the most striking visual difference from the regular ZTZ96 is the presence of new add-on ERA packages on the vehicle’s front sections and turret sides. As with all types of ERA, this additional armor will provide the vehicle with substantially enhanced protection against chemical rounds, while only offering a marginal increase in protection against kinetic rounds.

Another upgrade, which isn’t immediately visible to the naked eye, performed by Chinese engineers to enhance the combat capabilities of the ZTZ96 is fitting the new ZTZ96A with an uprated 800 hp engine. In comparison to the regular ZTZ96 with its 730 hp engine, the ZTZ96A boasts a better power-to-weight ratio of 18.7 hp/t, resulting in better mobility overall, as well as a slight increase in top speed, going up to 59 km/h on roads.

As far as the ZTZ96A’s remaining attributes are concerned, mainly in regards to firepower, tankers shouldn’t expect any notable changes here. The ZTZ96A is still armed with the same 125mm smoothbore cannon as its immediate predecessor and has access to an identical suite of ammunition options. However, one difference that sets it apart from the regular ZTZ96 is the presence of thermal imaging - a feature not present on the previous version. As a result, tankers will have an easier time acquiring targets, especially at night time and poor weather conditions.

The ZTZ96A arrives at the top rank of the Chinese ground forces tree in War Thunder with the release of the upcoming update 1.97. “Viking Fury”! In the meantime, keep a close watch on the news to stay up to date with all the latest developments surrounding the next major update coming to the game very soon. Until then, happy hunting tankers!

Commenting is no longer available for this news
Rules
TheLastOfShark
133

Please fix the FY-4’s protection into the right number in the 1.97 the KE and CE of FY4 was totally wrong. We were already report it.

"As with all types of ERA, this additional armor will provide the vehicle with substantially enhanced protection against chemical rounds, while only offering a marginal increase in protection against kinetic rounds." Seriously who wrote this thing, is he still living in the 70s? T80U doesn't exist? FY-4 is at the very least a direct copy of Kontact5, more likely an improved version since it's 2 decades newer. Come on gaijin fix your game (and your devblog too)

Ghost_033, FY-4 is actually a copy of relikt ERA, so it should have protection similar to the T-90

TangKingSing, But then an idle wheel fell off during the obstacle race though , should gaijin add that too ?

So, you guys really fixed the armor of ztz96a?

Please introduce digital camo to the game as either grindable or payable skin. Please give 96A's 2nd-Phase APFSDS.

*MechinizedSamuri, They'll give you a generic one, with 1 more generic one to grind and all the others will be behind a paywall per usual.

Look at the “Pros”, do you really think they are “Pros”? “Strengthened armor”: 30mm equivalent armor for turret and upper plate(kidding?). “Improved mobility": power-to-weight ratio from 17.6 to 18.7, wow what an "improvement". “Thermal sight”: could you tell me which 10.0 MBT doesn't have a thermal imager?