News
back to news
Development
9 March 2019

Super Mystère B.2: Over the Barrier

The Super Mystère is the final aircraft in the French Mystère family of jet fighters and the first one to attain supersonic speeds in level flight. In update 1.87 “Locked on!”, French pilots may look forward to also receiving access to rank VI aviation with the introduction of the highly anticipated Super Mystère B.2!

The Super Mystère was the final aircraft of the Mystère family of jet fighters, whose development history began with the creation of the Dassault Ouragan in the late 1940s. Featuring a modified design over the preceding Mystère 4 and being fitted with the new Rolls-Royce Avon afterburning turbojet engine, the resulting Super Mystère B.1 prototype became the first French supersonic jet fighter after conducting its maiden flight in March 1955.

Entering service with the French Air Force in 1957, the Super Mystère B.2 served with French units for a good two decades before being replaced by newer and more advanced machines. Apart from its own forces, the Super Mystère B.2 was also exported and used by foreign operators. Most notably, Israel fielded some 24 Super Mystères, which had successfully proven themselves in action during the Six-Day and Yom-Kippur wars.

As the Super Mystère was slowly being phased out of French and Israeli service, Israel sold around a dozen of its Super Mystères to Honduras. In service with Honduras, the Super Mystères undertook their final missions as part of actions against Nicaraguan forces during border skirmishes before being ultimately decommissioned in  1996. 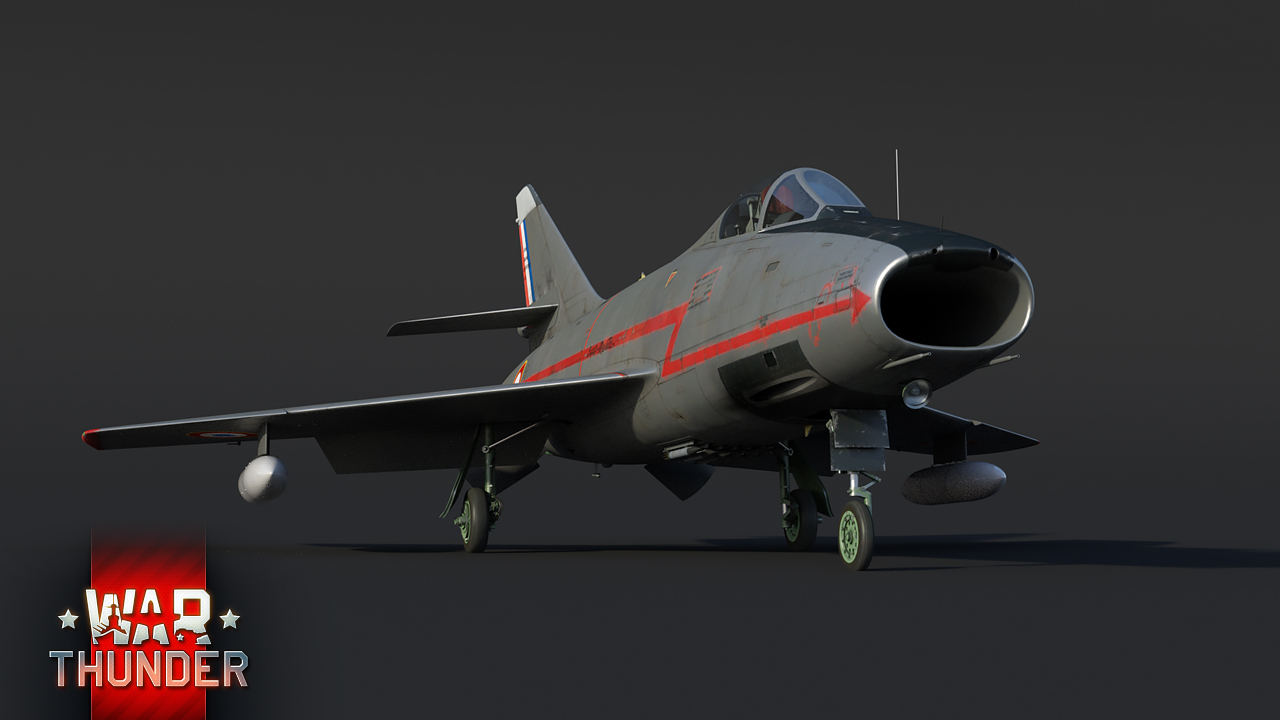 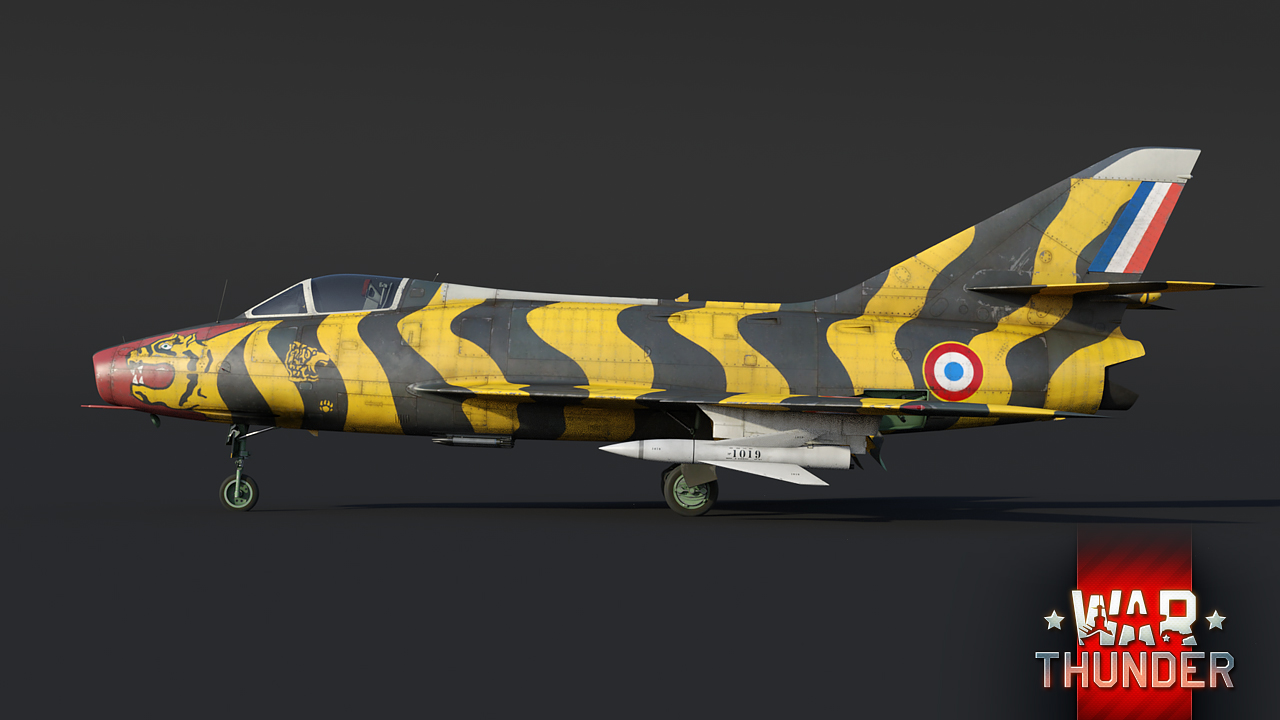 In War Thunder, the Super Mystère B.2 will introduce French pilots to the action-packed and fast-paced combat found in rank VI air battles. Fast, well armed and sporting a wide arrange of secondary armament options, the long-awaited Super Mystère will allow French pilots to take on almost any opponent in both air and combined battles alike!

Fitted with a SNECMA Atar 101G axial flow turbojet engine, generating 44.1 kN of thrust with the afterburner engaged, the Super Mystère is able to reach a top speed of around 1200 km/h (Mach 1.125) at an altitude of 11,000 m. Although its top speed seems rather average when compared to existing supersonic aircraft in the game, it coupled with silky smooth handling characteristics still make for an excellent jet fighter, capable of even beating better performing machines in the hands of a capable pilot.

Similarly to the preceding MD.452 Mystère IIC, the Super Mystère is also armed with the same primary armament consisting of two 30mm DEFA cannons with 150 rounds available per gun. As some seasoned French pilots already know, the high rate of fire of these cannons coupled with devastating high explosive ammunition makes short work of any aircraft unfortunate enough to cross their firing line.

However, apart from the main guns, the Super Mystère is also able to carry a wide range of secondary weapons as well. These range from various unguided rocket types (some of which are fired from a launcher integrated within the underside of the fuselage) over a number of different available bomb calibers and go all the way up to guided air-to-air and air-to-ground missiles. Specifically, Super Mystère pilots will have the choice between either French AA.20 or proven American Sidewinder guided missiles when it comes their selection of preferred guided weaponry. Whichever is chosen by the pilot however, it’s worth noting that only a single pair of either of these deadly weapons can be equipped to the aircraft at any given time.

Be sure to keep a close eye on the news for more details on the next major update coming to the game. Until then, pilots!

Commenting is no longer available for this news
Rules
SteeeveMaddennn
56

Guys you really have to rework the visual effects for afterburning and non afterburning jet engines so we can see an actual difference, or maybe only trails of black smoke behind an engine without afterburner engaged. I think these effects are just not on par with the great quality of the aircraft models

Effects are Dagors engine weak point overall. Visually they feel more like 2006-2009 era. (some look better some look worst) but its not on pair with today dynamic gpu particle systems in UE or Cryengine (2014+)

Unfortunatly for you, it comes with a wrong flight model, that is way underperforming, making it basically not worthy ... yeah cool !

i hope the dev will do something about it, but then angain it's french and they don't give a damn about french jets. It's just becoming sad at this point...

flxdrx, "It's french and they dont give a damn about french jets." Dude, how about you scroll up, and look at what you are actually commenting on :D It's literally a brand new french jet with some of the coolest ground strike armament in game. Seems there's just no appeasing the chronically angry. smh

little_bit_mad, Oh, yeah, I remember when they fixed the F-100D's flight model and engine on production server.

I really hope that you can fix the issue with energy retention and acceleration of this plane. Somehow every new French vehicle introduced lately is either broken, unsuited for the meta or has wild BR/repair costs. Not getting a Leclerc is one thing, but if this thing really is like on the dev server it'll just be another disappointment.

yeah they seems to have issue modelling french plane

That is a beautiful wigned baguette ! BEst I have seen yet !

What can be better as nice hot baguette on Saturday?

"Over the Barrier" I mean in a dive, maybe.

it can reach super sonic in levelflight, they evne say it in the devblog. Maybe not at see levelbut just like the mig 19 and f100

flxdrx, Yeah, it can. At 11 kilometers. Who the hell flies at this altitude?

Mystere IV B was the first jet fighter to go supersonic in level flight, on January 17th 1953, piloted by Constantin Rozanoff