The 2S6 Tunguska is an advanced 1970s Soviet hybrid SPAA vehicle, intended to replace the highly successful, yet outdated Shilka. Coming as part of update 1.87 "Locked on!", the Tunguska will soon become the new guardian angel of Soviet top tier ground vehicles in War Thunder!

Although the ZSU-23-4 Shilka had successfully proven its capabilities in the numerous conflicts it took part in, its shortcomings were ever increasingly coming to light as well. While faster and more capable aircraft and helicopters were being developed, the Shilka was quickly becoming obsolete, with its very short engagement range and radar detection limiting its AA capabilities greatly.

Thus, in 1970, Soviet engineers began developing a replacement for the venerable Shilka. The new vehicle, codenamed “Tunguska”, was designed with a pair of 30mm autocannons coupled to advanced tracking and targeting systems. In addition, the decision was made to also install surface-to-air guided missiles, as the targeting systems for both cannons and missiles turned out to be conveniently very similar, and was expected to greatly bolster the capabilities of the Tunguska.

A pre-production batch left the factory floor in 1976 for army trials. After a long series of tests, the Tunguska was officially commissioned into service with the Soviet Army in September 1982. The vehicle was continuously being improved upon, with subsequent newer variants being developed during the 1990s and 2000s.

The Tunguska served initially with the Soviet armed forces, although it was passed on to the militaries of the Soviet Union’s successor states after its collapse in the late 1980s. Thus, modernized versions of the Tunguska continue to serve with the Russian armed forces today as well as the armies of Belarus and Ukraine. The Tunguska also sees service with other nations around the world, such as Yemen, India, Morocco and some others. 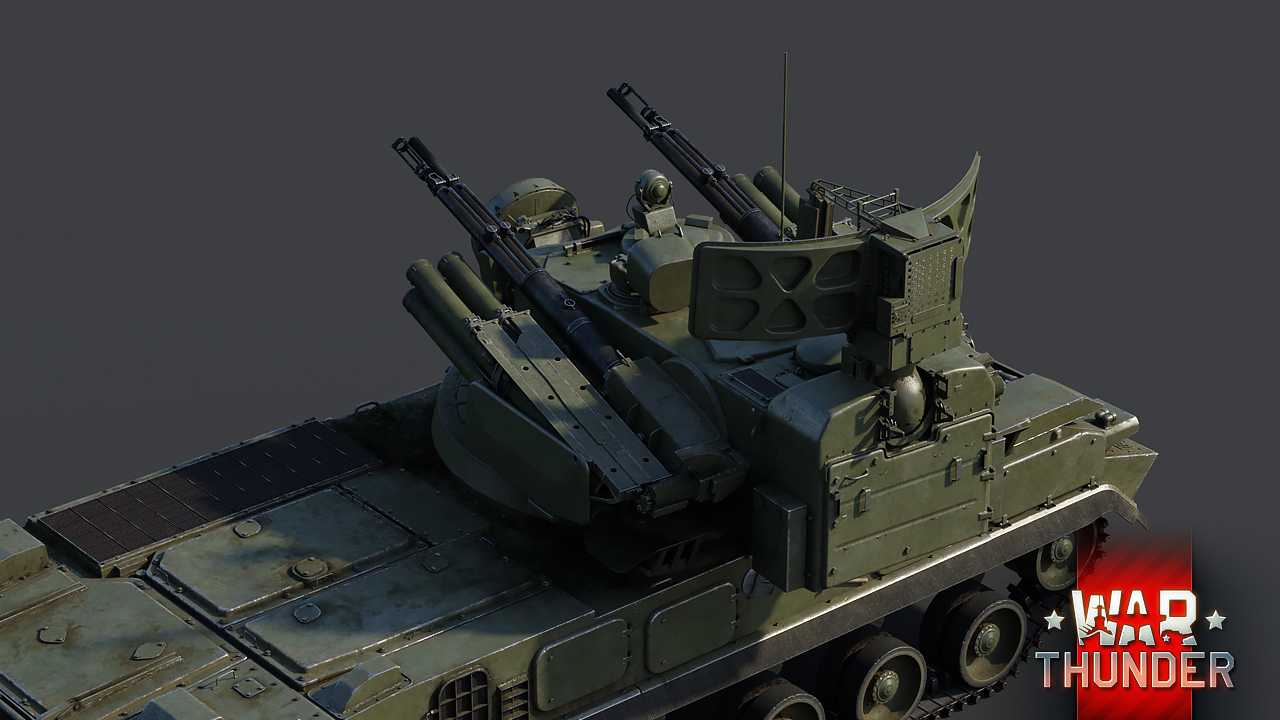 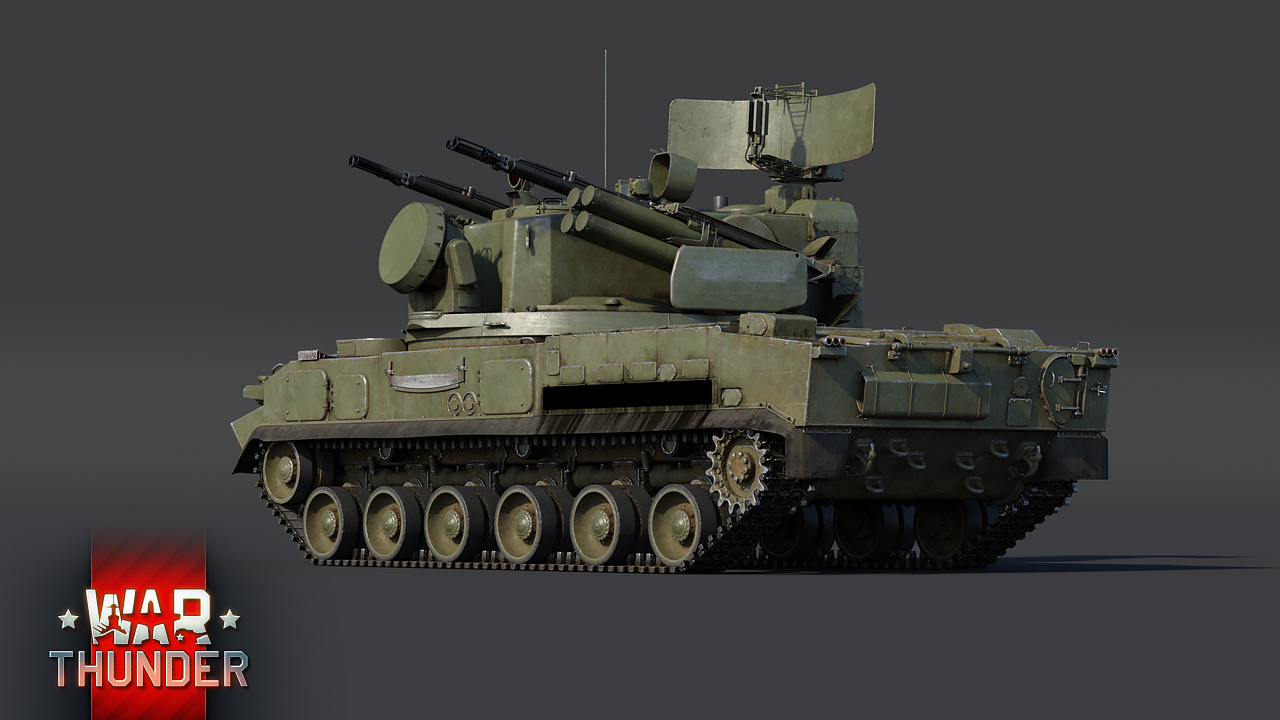 In War Thunder, the 2S6 Tunguska will be a new top tier Soviet SPAA vehicle, available to all tankers with the release of the upcoming update 1.87. Unlike any existing SPAAG in the game, the Tunguska offers a mixed set of two anti-air weapon types, both of which are used and perform differently. This feature will give the Tunguska its very own unique playstyle and will provide tankers with more variety as far as high tier SPAA gameplay is concerned.

The Tunguska’s standout feature is its hybrid anti-air armament. Unlike other contemporary SPAAGs, the Tunguska utilizes both conventional anti-air armament, represented by the dual 30mm autocannons, as well as advanced ground-to-air guided missiles.

The two 30mm 2A38 cannons represent Tunguska’s primary anti-air armament. The cannons feature familiar ballistics and are comparable to some of the most commonly used AA cannons found at the higher tiers, with a maximum effective range of 4 km (almost twice longer than Shilka). However, the Tunguska’s 30mm cannons have a significantly higher rate of fire, going up 4,000 rounds/min! Such a high rate of fire combined with a large ammunition count of 1936 rounds allow the Tunguska to comfortably engage even the fastest low-flying aircraft as well as helicopters up to a certain distance.

Fun Fact: Following the Soviet naming tradition for SPAA vehicle, the 2S6 Tunguska received its name after a Siberian river.

Despite Tunguska the main guns impressive maximum range, there’s no doubt that the Tunguska will also have to deal with aerial threats, such as helicopters, which operate beyond the maximum range of its main guns. To combat this very serious threat, the Tunguska has a special ace up its sleeve - eight 9M311 guided ground-to-air missiles!

The way these missiles operate is very similar to how second generation ATGMs currently work in the game. Tankers fire the missile, keep the target within the crosshair and wait for a big explosion to confirm a successful hit! The only difference between the 9M311 missiles and regular ATGMs, is that the former is fitted with a proximity fuse, allowing it to automatically detonate in the close vicinity of an aircraft, instead of requiring a direct hit. Due to the manual tracking system, players may have trouble to hit targets moving at high angular speed. Thus it should be used when a target moves towards or away from the launch platform.

The Tunguska is based on the chassis of the GM-5970 multi-purpose combat vehicle. As such, the Tunguska doesn’t sport any impressive armor protection - merely enough to protect it from small arms fire and light shrapnel. However, this also means that the Tunguska isn’t very heavy either, and thanks to its 710 hp engine, can reach a comfortable top speed of 65 km/h on roads.

The 2S6 Tunguska is coming to the top ranks of the Soviet ground forces tree with the release of the War Thunder update 1.87 "Locked on!". In the meantime, be sure to stay tuned to the news for more information regarding the next major update coming to the game. Until then, happy hunting tankers!

Commenting is no longer available for this news
Rules
DeusInAbsentia
23

Citizen_Snips1, Tomorrow we will get the Leo 2A5 devblog becouse it will be 2 March

Finaly something to combat American Air spam when are we getting proper SAMs like Gaskin, Gopher, Roland, M6 Linebacker tho?

Taikapallo, Yeah and hopefully America can get something like the M163 Machbet to counter the Soviet/ German helicopter spam.

Will others spaa like gepard or type 87 have a missile modification?

It's too early to say.

ShimakazeChan, He probably meant to the Gepard

"Tunguska here!" - C&C Rise of the Reds, when the Tunguska comes out of the factory (game similar to Red Alert) :)

fuk i miss that game

Eh, I liked the BMPs better..... Although one of my mainly played vehicles in Battlefield 3 and 4 is the Tunguska because "I'm gud at pew pew planes".

From the stream/video, it appears the AA missiles are only useful for very slow moving targets (choppers, aircraft flying directly at you). I think the hybrid AA vehicles will be the best bet. IIRC Gepard A2 could mount stinger missiles, the M6 Linebacker for the US (or Machbet which is Israeli). Sadly I don't think the UK has a hyrbid with guns, HOWEVER it would be interesting to see something like the Stormer HVM armed with missiles for AT/AA so a hybrid in itself.