The project-class 26 and 26bis include six Soviet cruisers, built during the second half of the 1930s on the basis of an existing Italian light cruiser of the time. Soon, War Thunder captains will have the chance to take command of the lead ship of the class - Kirov itself - with the release of the upcoming update 1.87!

Briefly: A 1930s Soviet light cruiser, that differs from classmates in its devastating firepower.

Following the devastation of the Russian Civil War, the remaining industry available to the newly formed Soviet Union was everything but capable of designing large, new warships. Aware of this, the Soviet Union sought help from abroad, in order to be able to commit to the planned expansion of its navy.

In the end, help came from the Italian shipbuilders, which sold the blueprints for the Condottieri C light cruiser as well as the necessary machinery to the Soviets. Engineers further modified the design to suit Soviet needs, which included the fitting of new triple turrets, among other constructional changes. The project was approved in November 1934 as the Project 26.

Plans were made to construct a total of six Project 26 cruisers, which would be built in pairs and would receive various improvements over the respective previous pair. The Kirov, as the lead and prototype ship of the class, was laid down for construction in October 1935, after a minor delay.

The Kirov was launched in late 1936 and joined the Baltic Fleet in September 1938. After briefly taking part in the Winter War, Kirov quickly became trapped in the waters between Kronstadt and Leningrad by German minefields, following the invasion of the Soviet Union in 1941.

The warship would remain stationed in those waters for the better part of the war, providing gunfire support for the besieged defenders of Leningrad. Shortly after the end of WW2, Kirov was severely damaged by a German seamine. Following repairs, the ship was completely overhauled in the late 1940s and was later reclassified as a training ship in the early 1960s. In February 1974 however, Kirov was eventually sold for scrap, marking the end of its close to four decade long service. 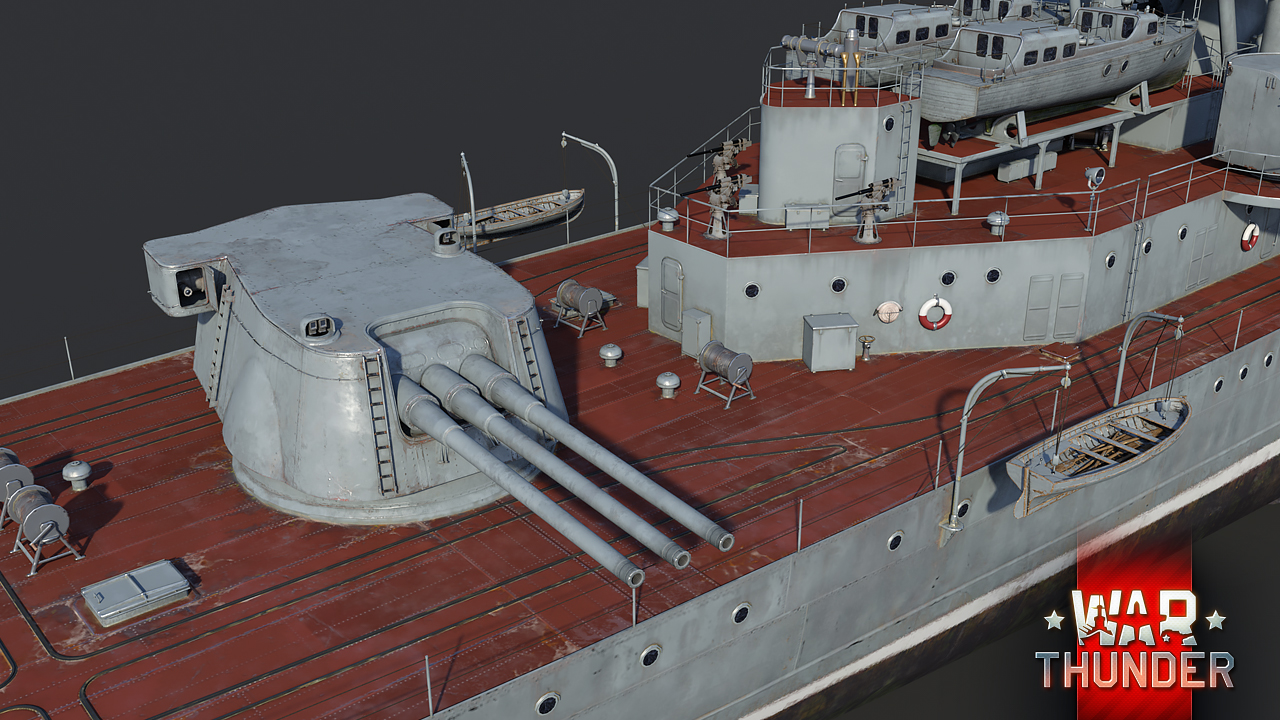 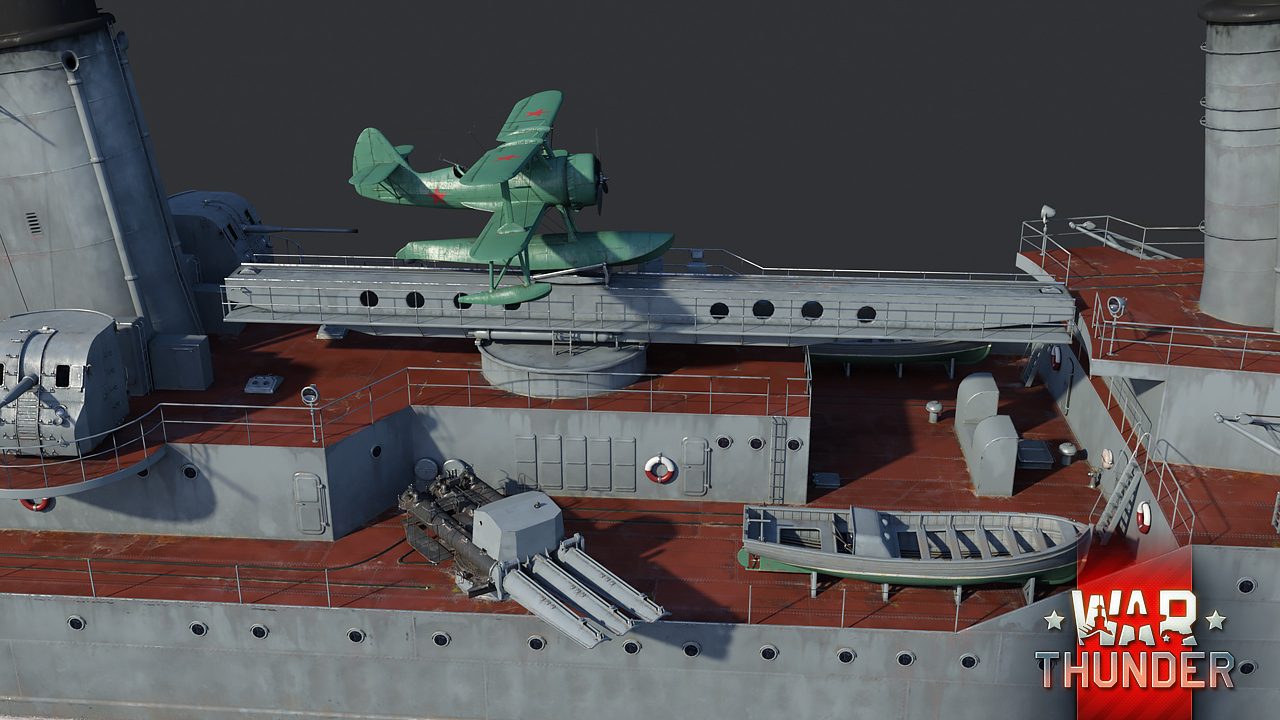 The Kirov will be coming to War Thunder as part of the upcoming update 1.87 as a new addition to the Soviet light cruiser line. Although technically being a heavy cruiser, according to the standards set by the London Naval Treaty, we’ve decided to add the Kirov as a light cruiser, not only because it was built and classified as one by the Soviets themselves, but also due to the fact that its performance doesn’t even nearly match that of actual contemporary heavy cruisers of other nations.

What makes the Kirov a heavy cruiser, according to the London Naval Treaty, is credited to its primary armament, which consists of three triple 180mm main batteries. This powerful main armament can certainly inflict tremendous damage upon any target. But because of the Kirov calibre size, it is not expected to boast a high rate of fire.

The Kirov could historically only achieve a very limited rate of fire with its main guns, due to the cramped conditions inside of the arguably undersized main battery turrets. This major drawback will also be reflected in the game, with the Kirov having a significantly longer reload rate than any existing light cruisers. 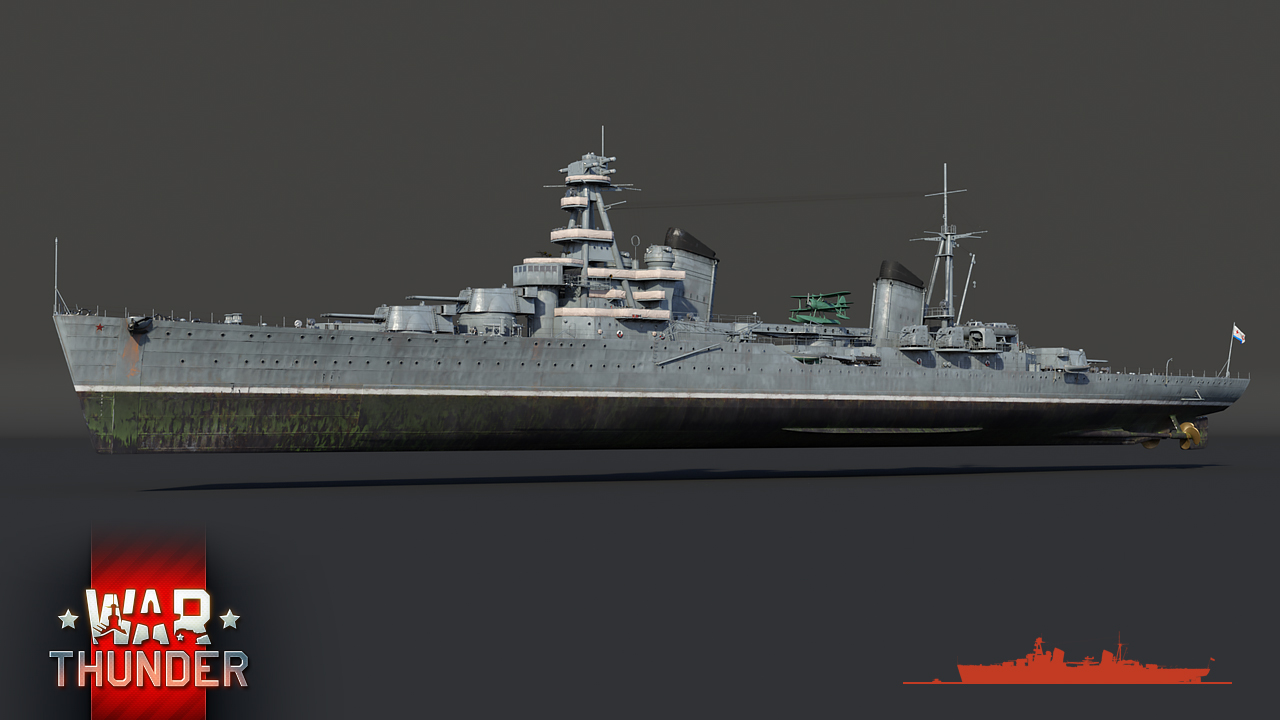 Complementing the primary armament are six 100mm dual-purpose cannons, split into two groups of three on each side of the hull. These will especially come in handy in close range engagements, helping to fend off hostile ships while the main guns reload. In addition the guns contain the shells with radio fuses which are a serious threat to airborne targets. Additionally, captains of the Kirov will also have access to two triple torpedo launchers, mounted on each side of the hull as well.

However, the anti-air armament of the Kirov is made of seven 45mm cannons and three 12.7mm heavy machine guns. In combination with its universal artillery, this makes Kirov’s AA quite effective, so that in combined battles, the ship’s commander will not have to worry about aerial threats.

Fun Fact: Two of Kirov’s main battery turrets were preserved and are part of a public monument in St. Petersburg today - the city it once defended from German occupation.

The Kirov is able to achieve a top speed of 36 knots (66.5 km/h), making its mobility comparable to existing light cruisers in the game.

The Kirov is protected by 50mm of armor, comprising its belt and turret armor and another 150mm of armor protecting its conning tower. All of this means that the cruiser is on par with its peers in terms of armour and in terms of main calibre turret protection.

Overall, the Kirov is a warship that can most certainly dish out tremendous amounts of damage within a single salvo and can cause a lot of destruction in the hands of a capable captain. According to the key important parameters, the cruiser is a strong all round ship, able to stand up for itself in most conceivable situations in naval battles.

The Kirov has already been sighted on the horizon and has reportedly set course for War Thunder naval battles, expected to arrive with the release of the upcoming update 1.87. Until then, calm seas captains!

Commenting is no longer available for this news
Rules
AggressiveRecon
73

"Conscript training finished!" "Ready sir, where's the trouble?" I love that game, I play it since 2012 I still have it

Is it done, Yuri? No, Comrade Premier. It has only begun.

Just to be the generic comment under a devblog: Where´s my plane?! Where´s my tank?! ... F off with your MBT etc :)

Be nice to peoples. they just have diffrent needs compares to you.

Thanks. You did a great favour by combining all those in one comment

And the japanese.. like, nothing in the japanese tree is interesting yet for me. Nothing at all. They need something to get people to play japan

The Royal Navy have more ships in development too. The Soviet Navy was added before, so naturally it has more vessels than a branch added much more recently.

No. I want leclerc too but kirov is cool.

Will that plane ever serve purpose, other than just being nice cosmetic touch?

Ouiche, Sad.. I'm more interested in the aircraft then the ship :)

Not sure yet, we'd like to get one soon-ish.

Ouiche, please make sure that there is more than one or two test servers to give people plenty of time to discover bugs and have them fixed before release.