The MiG-19S is a further development of the Soviet Union’s first supersonic jet fighter, already familiar to some of our players from the modification of the MiG-19PT. In update 1.87, German pilots will also have the chance to reach supersonic speeds behind the controls of an East German MiG-19S, coming to War Thunder very soon!

Development of the MiG-19S began in the mid 1950s, with the intent of improving the handling characteristics of the MiG-19. In order to achieve this, Soviet engineers made a number of aerodynamic changes to the aircraft’s design and introduced several other minor changes which improved overall performance. Additionally, the aircraft’s firepower was significantly increased from three 23mm cannons to three 30mm cannons.

The new MiG-19S was planned to enter production in September 1955, but due to several problems causing delays in testing, the type didn’t enter production before June 1956. Production continued until 1959, with a total of 683 aircraft built.

The Soviet Air Force began deploying MiG-19s in East Germany as early as 1957. The East German Air Force received their own MiG-19S and MiG-19PM aircraft in 1959, amounting to 12 machines of each modification respectively.

However, as aviation technology advanced rapidly and newer, more sophisticated aircraft became available, the MiG-19 quickly became obsolete. In addition to that, the relatively high unreliability of the MiG-19, which led to high loss rates caused by accidents, resulted in the type being phased out of GDR service by 1968. 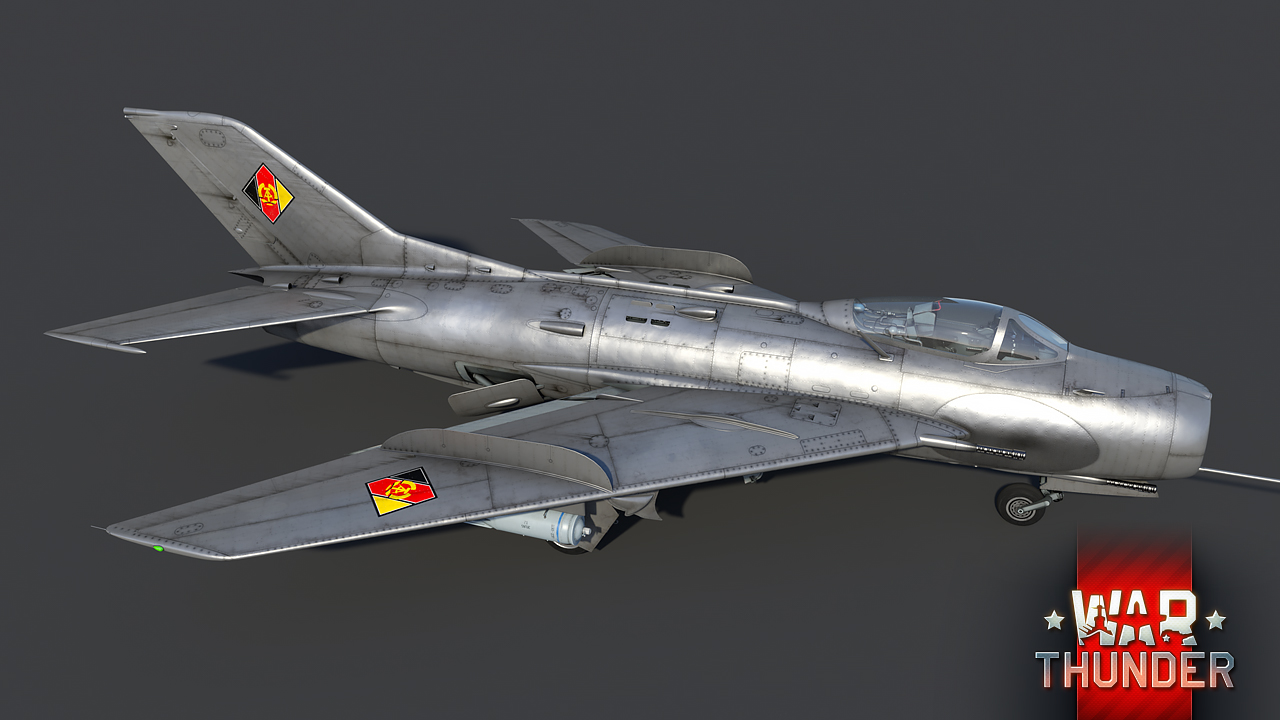 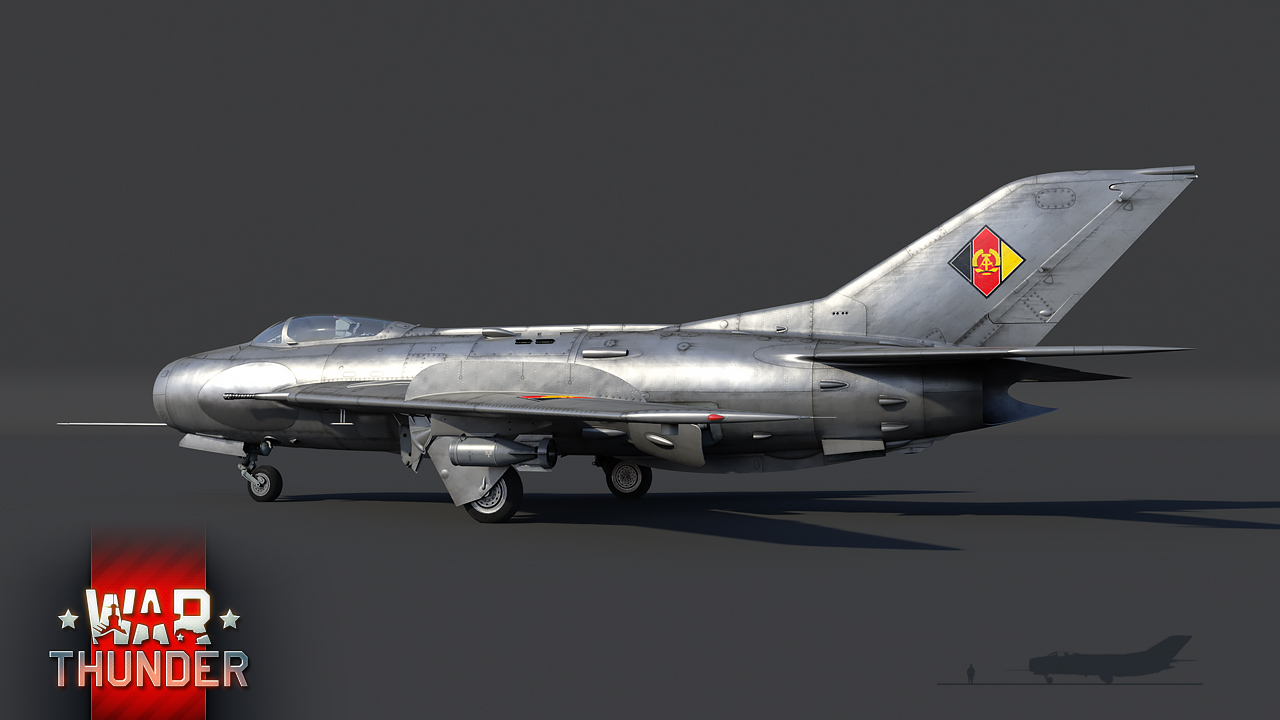 War Thunder pilots and fans of Soviet aviation already had the chance to try themselves behind the controls of the MiG-19PT, introduced in the previous “Supersonic” update. In the upcoming update 1.87, German pilots too will now have the chance to enter the frey at supersonic speeds with the new MiG-19S, sporting a GDR livery!

Although both the MiG-19PT and MiG-19S share many similarities with each other - after all they are just variants of the same aircraft at the end of the day - there are a couple of distinct differences which pilots should bare in mind. 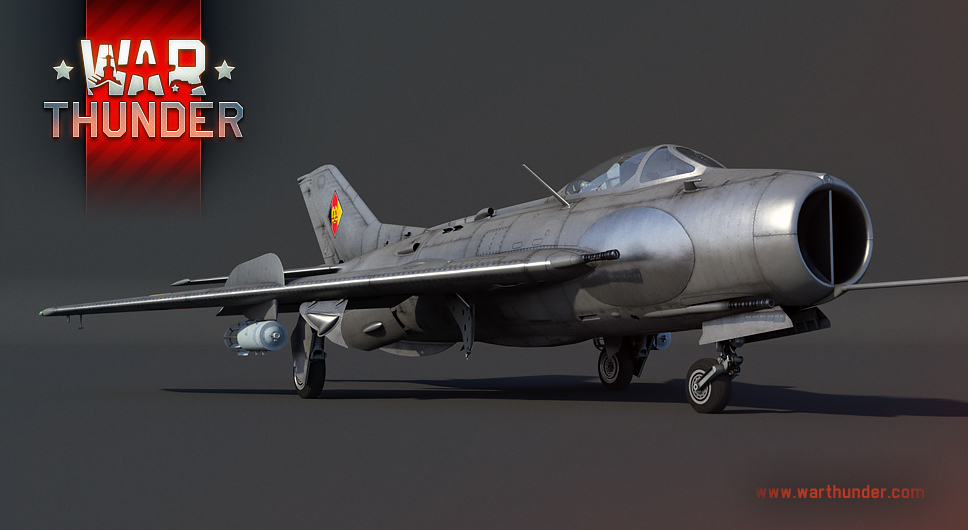 Firstly, the MiG-19S is slightly lighter. If take-off weights are compared, the MiG-19S comes out as being 170 kg lighter than the MiG-19PT. While this doesn’t seem like much, it does have a quite noticeable impact on performance, with the MiG-19S being able to achieve a top speed of 1452 km/h, compared to the PT’s 1397 km/h.

Apart from weight savings allowing the aircraft to reach a slightly higher top speed, the MiG-19S also features a number of smaller aerodynamic tweaks to its design which, in combination with the lower weight, gives it superior handling characteristics. These differences will especially become noticeable to pilots during intense vertical maneuvers.

However, while the MiG-19S may feature superior handling and speed, there is one significant drawback to point out as well. Unlike the PT, the MiG-19S doesn’t have access to any air-to-air guided missile armament. This means that German pilots will have to continue relying on their gunnery skills while using conventional fixed weaponry. Fortunately, the conventional fixed weapon system does consist of three 30mm cannons, as opposed to the PT’s two.

This doesn’t say that the MiG-19S doesn’t have any secondary armament of course. Quite the opposite in fact! Situated under the wings are four hardpoints, which can be used to suspend either two 250kg bombs or four unguided rocket pods, carrying a total of 32 projectiles. This allows pilots to effectively employ the MiG-19S in combined battles as well!

The MiG-19S will become available to all War Thunder pilots at the top rank of the German aviation tree with the release of the upcoming update 1.87. In the meantime, be sure to stay tuned to the news for the latest developments regarding War Thunder’s next major update. Until then, happy hunting pilots!

Commenting is no longer available for this news
Rules
JG3_Luftwaffle
48

your name is so ironic xD

Asgar1205, "no A-A missiles" those missiles that TOTALLY kill everything they look at, and dont miss and kill friendlies more often then not do us a service and complain when you PLAY jets thanks, have a nice day

there's a typo in the title, it should say Mignificent

How could we miss this pun...

Ouiche, I feel shame for you on this.

Ouchie, Actually there's a MiG pun in the russian devblog. How did you miss it, indeed?

Historically, the Soviet Union did deploy the most advanced vehicles and equipment available to frontline units in the GDR or supply them to GDR's own units as well. It simply made sense to have the best tech available to you up against the bulk of the (potential) enemy forces should the Cold War ever have gone hot.

CokeSpray, Yeah except the part where those units where supposed to fight for Soviet Union not against it unlike in WT !

Will the prices of the mig 15 bis and mig 17 be reduced in this update ? they currently are more expensive than the mig19.

Same goes with the F2 Saber, The F2 Saber is more expensive than the F-100 Super Saber

Snivy_Films, Also the F-86F-40 for Japan, it is still the most expensive air vehicle in game

If you guys want to know why this thing doesn't have missiles... That is because it never did. The MiG-19PT was a single MiG-19 modified to carry missiles in the 50s. The MiG-19PM that it talks about in the history section, had HUGE missiles but no guns. I would prefer to have guns than missiles. The MiG-19S is really the only jet they could add for the mach 1 bracket as West Germany never had a mach 1 jet fighter in the 50s or 60s with guns.

Koty1996, Big for the missiles we have in-game. At least give me that.

Great!!! More Tier VIs for everybody!!! German players will be pleased, also, more balance and variety!

This is the complete opposite of "balance and variety"...

Uhhh, where do you see the variety? I see a MiG-19PT with only CAS capabilities.