The PBM Mariner is an American flying boat, developed by the Martin company in the late 1930s as a replacement for older flying boats in service with the USN at the time. The PBM-3, representative of the mid series of the Mariner, will be available to War Thunder pilots as one of the main prizes in the naval marathon event!

In the mid 1930s, the U.S. Navy was eager to replace their outdated flying boats with newer models. In order to do so, the Navy started a competition between aircraft manufacturers, whose winner would receive a production contract with the Navy.

The Martin company submitted the designs on their four-engine Model 160 aircraft, which didn’t garner any significant interest from the Navy. However, Martin continued to work on the design, reworking it into a two-engine aircraft, designated Model 162.

This design proved to be a lot more successful, with the Navy quickly ordering for a prototype of the aircraft to be produced. Designated XPBM-1 “Mariner”, the prototype conducted its maiden flight in February 1939. Following successful trials, the aircraft was adopted by the USN as early as September 1939 and order into production.

In late 1940, Martin received a large order for more flying boats to be manufactured. However, with the company’s production capacity being reached, construction of these new machines was delayed. In the meantime, the PBM was further improved by installing new engines, increasing overall size and doubling payload capacity. The new PBM-3 Mariner entered production in 1941, the first batch of 32 vehicles entering service in 1942.

The Mariners primarily served with the USN as coastal patrol aircraft before the outbreak of WW2. However, after the United States’ entry into WW2, Mariners were used in the anti-submarine role in the Atlantic and also took part in operations in the Pacific Theatre.

The PBM-3 Mariner flying boats of the third series served very briefly during WW2, as nearly all PBM-3s from the first series were converted into unarmed transport machines, shortly after their construction. Nevertheless, the aircraft proved to be very successful and further models were built in large numbers - in total more than 1360 Mariner vehicles of different modifications. Mariners were also used in small numbers by Great Britain, Australia, Argentina, Uruguay and the Netherlands. The last Mariners were phased out of service during the 1960s, being replaced by newer aircraft. 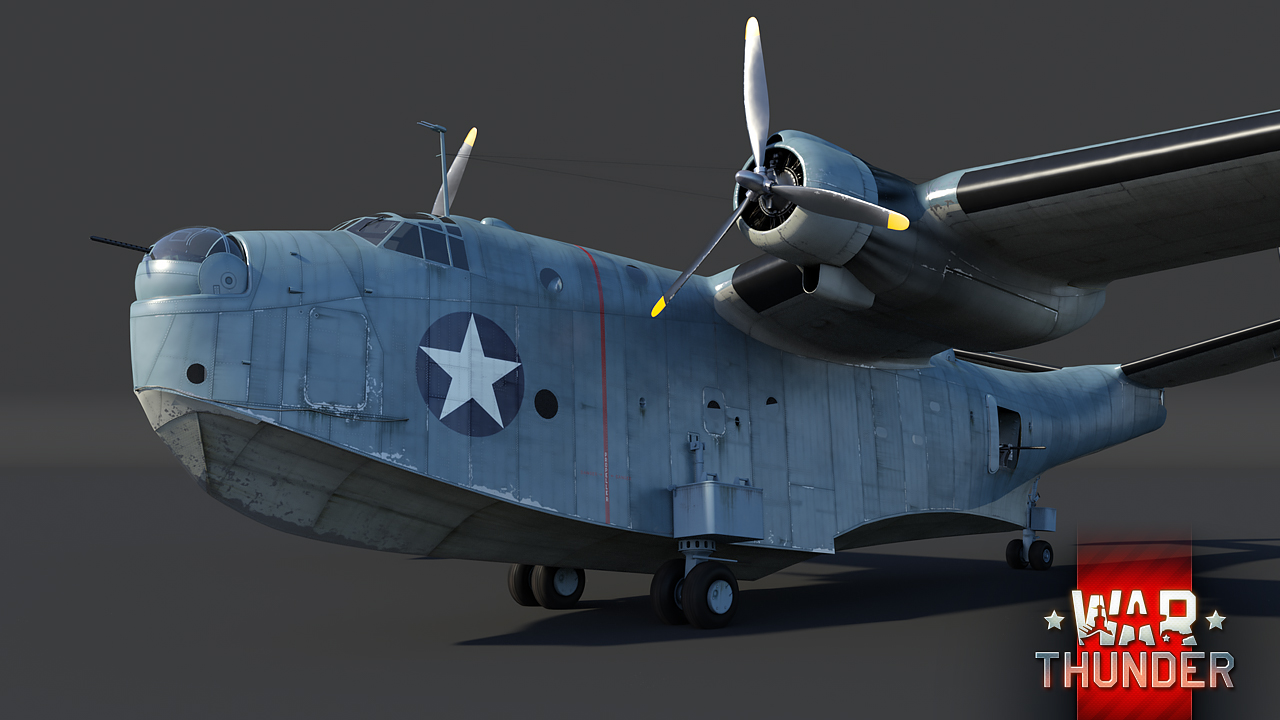 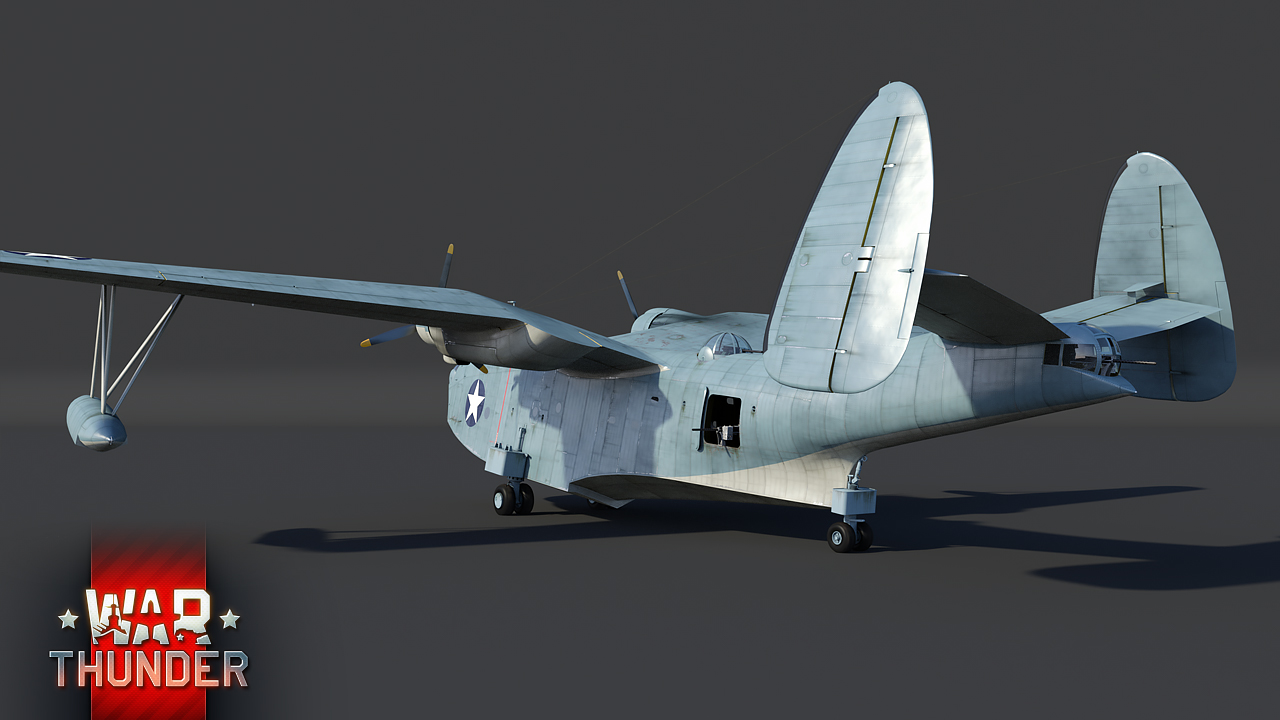 In War Thunder, the PBM-3 Mariner will be available to pilots as one of the major prizes in the ongoing naval marathon event. Despite being a low tier machine in the American aviation tree, the PBM-3 Mariner still packs a punch with its good defensive armament and excellent bomb loads, making it a good choice for both air and combined naval battles!

Being a flying boat of this size, the Mariner isn’t exactly what pilots would consider to be the epitome of peak aviation performance. Nonetheless, in WEP mode, the aircraft is still able to reach a respectable top speed of 215.6 mph (347 km/h) at sea level, thanks to the 1,700 horsepower (at maximum power) being generated by each of the two Wright R-2600-12 Twin Cyclone engines. 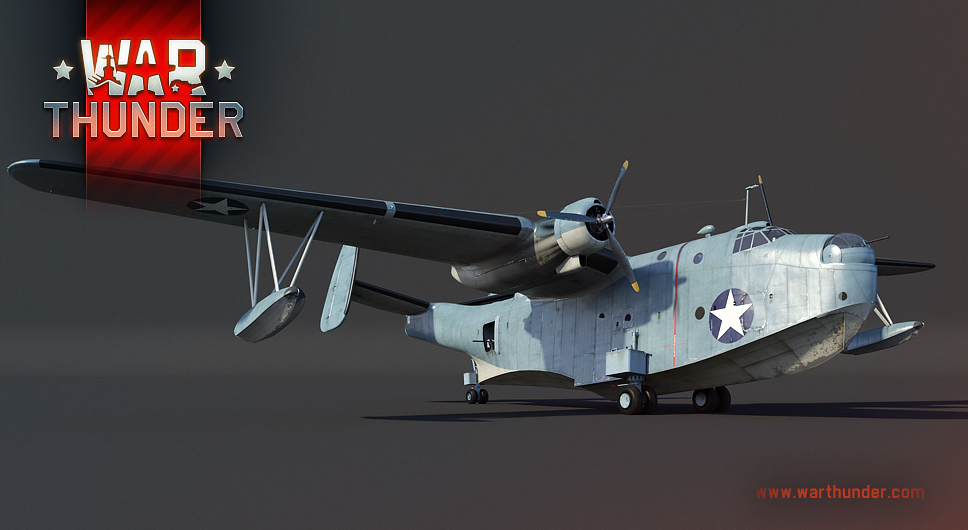 Despite the PBM-3 having one pair of its inner wing bomb bays removed in comparison to early models, it actually had its payload doubled, rather than halved. This allows the Mariner to carry a maximum payload of 8,000 lbs worth of bombs of various calibers, giving pilots the option to attack and destroy multiple surface targets in one sortie.

Although the PBM-3 doesn’t come fitted with any offensive armament, its defensive weaponry will more than suffice at protecting the aircraft from hostile attacks. Being equipped with five deadly 12.7mm Browning M2 machine guns, spread across the aircraft’s entire body, leaves most of the possible attack angles fairly well covered. However, as with almost all flying boats, the Mariner too is highly vulnerable to attacks from directly below it, as the absence of any guns covering this angle creates a blindspot. This weakness is certainly something that pilots on both sides should keep in mind.

The PBM-3 Mariner is available to all pilots as one of the main prizes in our naval marathon event. So what are still you waiting for? Take part in the marathon and earn yourself a unique American flying boat along with a number of other great rewards! Until then, best of luck and happy hunting pilots!

Commenting is no longer available for this news
Rules
GonZoWijnkaarsen
21

"So what are still you waiting for? Take part in the marathon" thats a pretty hard task when the event has not even started yet...

Very good work on the aircraft, Gaijin. It's going to be useless in air RB but good in naval battles. Will there be another devblog today? We already know about this plane

Let's have an MBT devblog!

Screw off with your top tier tanks, we need more planes lol

Soon! We got at least one other vehicle devblog before.

Ouiche, Before the end of today? :D

It most certainly looks nice, and it's nice to see they're still developing low tier vehicles.

Ikr, there are so many nice WW2 vehicles they could add and that would be cool to have in game.

But what about PBM-1 and PBM-5a that were found in the files not long ago? Will they be eventually released to the normal tech tree? Especially PBM-5a, that was a looker.

"PBM-3 Mariner: The Eye in the Sky". https://www.youtube.com/watch?v=56hqrlQxMMI Who likes british progressive rock at Gaijin ?