The highly anticipated update 1.87, which will bring War Thunder even closer to modern warfare, is just around the corner. You will see new rank VII armoured vehicles and many other novelties for aircraft and fleets. Be sure to follow the news!

Update 1.87 will introduce  even more armoured vehicles that were created and in service during the ‘80s and ‘90s of the twentieth century, and well-known for participating in armed conflicts of that period. Soon, we are going to give a detailed account on this tech in our Developer Diary, so stay tuned!

Since many of the tanks in our game also belong to the third generation MBT in terms of their technical specifications and combat effectiveness, we will make some changes to the battle ratings and rank positioning of some tanks in the V and VI ranks to better balance the land and combined battles in War Thunder.

Developed in the mid ‘80s as a successor to the Challenger 1, the Challenger 2 entered service in the early ‘90s and continues to serve with the British Army today. In the upcoming update 1.87, War Thunder tankers may look forward to the opportunity of commanding the most modern MBT fielded by the British Army!

Briefly: The successor to the Challenger 1 and the most advanced MBT presently in service with the British armed forces.

Work on developing a successor to the Challenger 1 began only a short time after the vehicle entered service with the British armed forces. Already by the mid 1980s, the Vickers company had developed a new MBT as part of a private venture. After requirements for a next-generation MBT have been issued, Vickers immediately submitted their design on the new Challenger 2 to the Ministry of Defence. Having briefly considered the adoption of the M1 Abrams, the Ministry decided to proceed with the Vickers design by ordering the construction of a prototype Challenger 2 for testing and evaluation. The Challenger 2 passed evaluation and met expectations even when put through comparative testing against contemporary MBTs of other nations, such as the American M1 Abrams and German Leopard 2. Satisfied with the test results, the Ministry of Defence adopted the Challenger 2 and placed the first production order in 1993, with the initial batch consisting of 127 tanks in addition to 13 trainer vehicles. The first Challenger 2 tanks were delivered to the tank regiments by 1994. The Challenger 2 participated in several operations during the ‘90s and into the 2000s, ranging from peacekeeping missions on the Balkans to military interventions in Iraq. A number of Challenger 2 MBTs have also been exported to Oman, with this nation being the only operator of the Challenger 2, besides the UK. Production of Challenger 2 tanks seized in 2002 after all pending production orders were fulfilled, with close to 440 vehicles being produced. Since 2008, Challenger 2 tanks have constantly been undergoing modernization work, with a number of upgrade packages being developed. Thanks to these upgrades, the Challenger 2 MBT is expected to serve with the British Army well into the future. 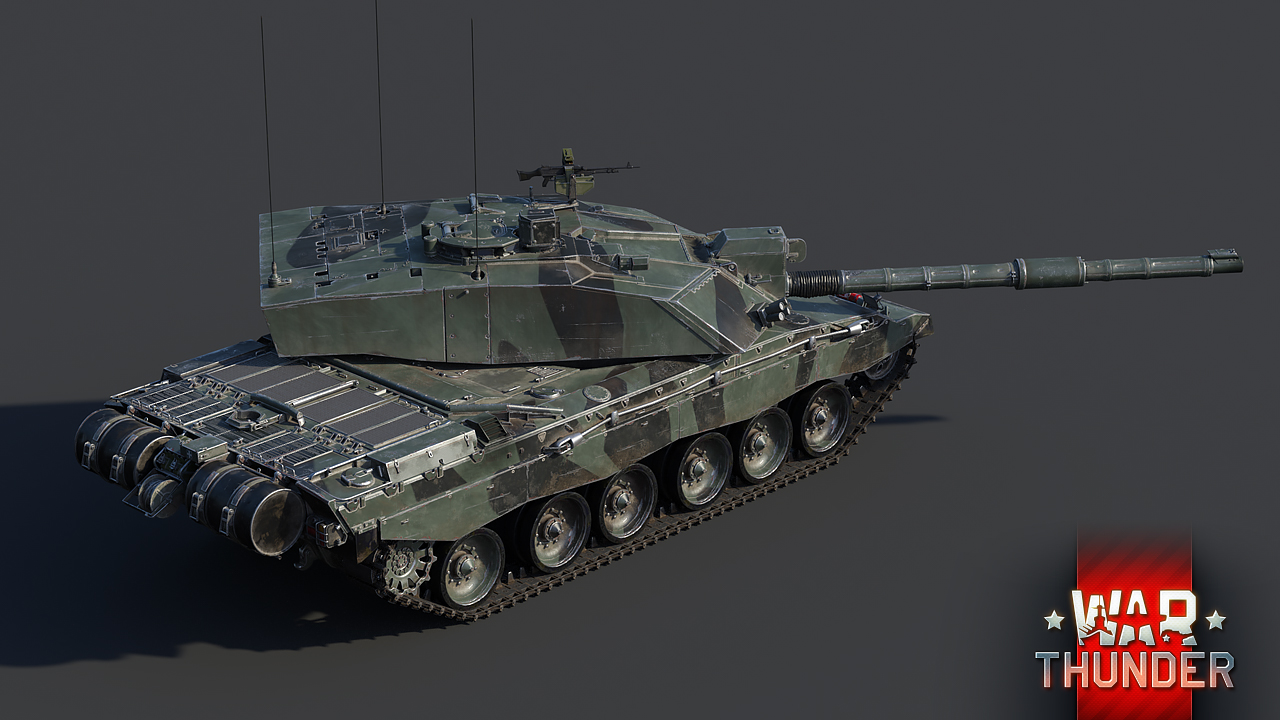 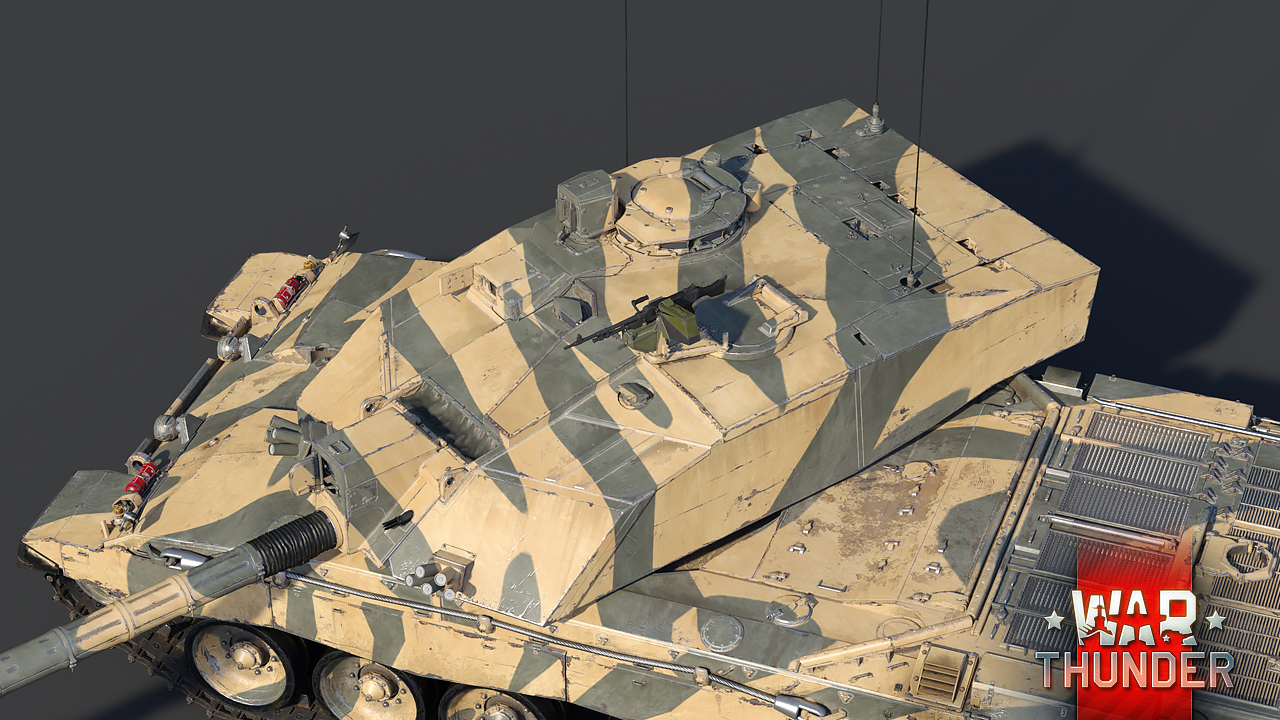 In War Thunder, the Challenger 2 will be a new addition to the top ranks of the British ground forces tree and among the first vehicles to be added to the game as part of the new rank VII for ground forces, being introduced with update 1.87. Being built on the basis of the Challenger 1, the Challenger 2 features many similarities with its predecessor, but introduces several improvements at the same time as well, allowing British tankers to transition from one vehicle to the other almost seamlessly! 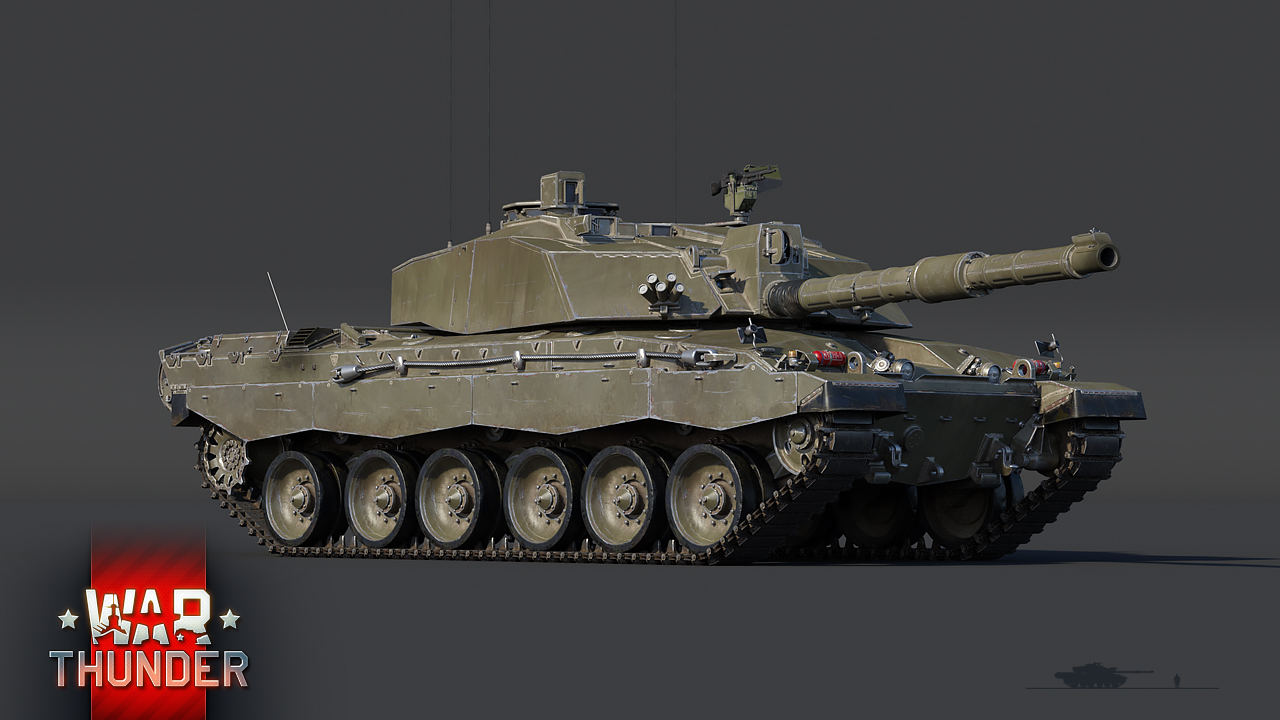 Although the Challenger 2 is fitted with a new L30A1 cannon, compared to the L11 found on previous machines, the cannon is still a rifled one as British doctrine continued to emphasize the importance of the ability to fire HESH rounds. As a result, the L30 cannon shares a good deal of its ballistic properties with its L11 predecessor, with the exception that it’s able to fire newer and better performing sub-caliber rounds.

Firepower is not where the similarities between the two Challengers end though, as mobility is very comparable between the two vehicles as well. The Challenger 2 retains a 1,200 horsepower V12 diesel engine, although the exact model differs from the Challenger 1. As both vehicles have a closely matched weight, it comes to no surprise that the Challenger 2 matches its predecessor in mobility, being also able to reach a maximum speed of 35 mph (56 km/h) under ideal conditions.

The major difference between the two vehicles however, is armor protection. Although the general layout remains similar, with emphasis still being put on extremely thick frontal turret armor, the Challenger 2 is fitted with not just more, but also a newer type of Chobham armor, providing the vehicle with more than 500mm of protection against kinetic and over 900mm against HEAT rounds. However, the hull of the Challenger 2 not only retains a similar protection level as that of the Challenger 1, but also inherits some of its major weakspots, such as the thinly armored lower glacis plate.

Overall, the Challenger 2 will provide British tankers with a new, but familiar feeling MBT, which features some crucial improvements in firepower and protection in particular. However, as the vehicle retains identical mobility as its predecessor and inherits its general armor layout and design philosophy, the Challenger 2 will remain a second-line support tank, rather than a frontline brawler.

The Challenger 2 will charge into War Thunder ground battles with the upcoming release of update 1.87. In the meantime, be sure to stay tuned to the news for the latest developments on the next major update coming to the game. Until then, happy hunting tankers!

Commenting is no longer available for this news
Rules
kololz
301

By the time you've added all these new toys, I think it's time to take a step back and look at the old stuffs you have left in this game... We need reworks and new gamemodes pls

Rank VII will actually enable us to shuffle some current Rank V and VI tanks. So this change will actually have a very positive effect on overall game balance as there will be more breathing space per tier.

Smin1080p, Is there any possibility of adding a battle mode to tanks only? today if you destroy an enemy tank you can already expect the bomb in the head and this is very annoying!

Who Asked For This.

Smin1080p, Nah we asked for a CR1 fix. Certainly not for more powercreep on a tank for which accurate sources are impossible to obtain or publish legally. Can't wait for the fantasy on this...

Gaijin, You Know April Is In 2 Months, Right?

May I ask if this is an off season April fool Joke. but I must agree i was thinking the same at first.

Yea, another tank I cant unlock even using premium because the grind is too much.

The grind is only as bad as you play...

ManyMilesAway, Bs... progress without paying is almost none existent above rank 4. You can be at the top of the leaderboard 10 games in a row and the progress bar does not move half a millimetre in top tier. Sorry... if you get free eagles, sponsorship, vehicles or only play with premium... you are a Bribed shrew (Mr YouTuber)... and your words in 2019 only become white noise to those with actual honest meat between their ears.

I researched a complete tech tree in 3 weeks... what is your issue then?

reazn, You have no life, bro... That Challenger may cost about 400k RP and like 1200k Lions. I'm still stuck on the Chieftain Mk10. And what they said here is that this Challenger II is the same crap as the other ones already in the game but with more armour. So what is the point?

good for british tankers. so far they were suffering at tier 6. now they can suffer at tier 7 as well :))

Yay a tank for which no sources are available. Can't wait for what fantasy attributes this thing is going to have... God forbid you fix ths already existing issues before pushing out even more modern stuff or anything...

im ok with adding new stuff but they NEED to fix what they already have, this is a stupid move..it really is

KotaFox, I've been playing this for at least four years (albeit rarely anymore) - old stuff does NOT get fixed, only new trinkets are added to distract us from the broken gameplay bits (which, of course, leads to more problems as new stuff gets added on top of the old, unstable foundation). This, of course, is why I rarely play anymore

"In his house at War Thunder, the snail waits dreaming"

Ouiche, Put Hungarian tanks in game , its a really old dream what was send to the Thunder house!