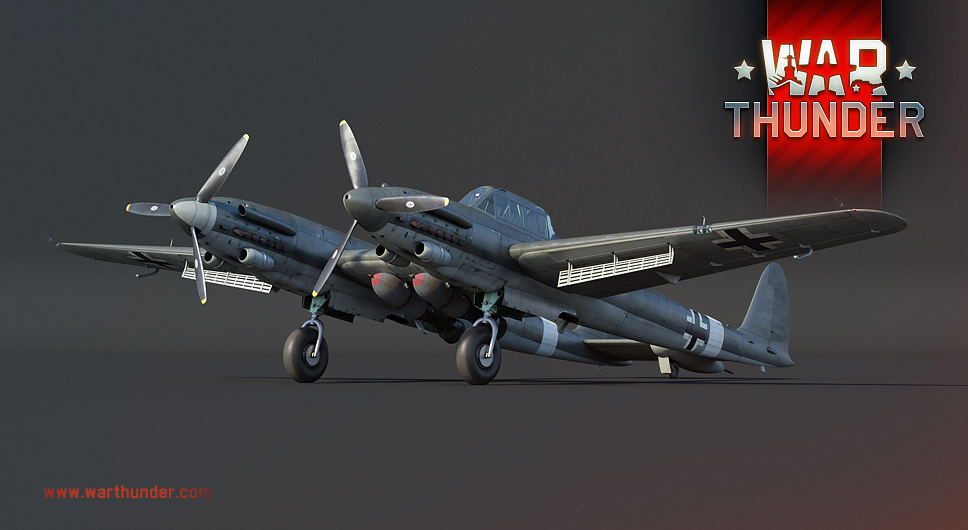 The SM.92 is a late-war Italian prototype heavy fighter, developed from the SM.91 that preceded it. Although this twin-boomed bird never got to the frontlines, Italian pilots will have a chance to thoroughly evaluate its design under combat conditions after its introduction to War Thunder with the upcoming update 1.87!

Although the SM.91 heavy fighter had previously shown good flight characteristics, it turned out to be too heavy to effectively be used in its intended role of bomber interception. Apart from that, its top speed and climb rate was below of what had initially been demanded by the Regia Aeronautica.

Thus, the decision was made to further modify the design to address these issues. Italian engineers soon realized that the only way these issues could be solved is by decreasing the weight of the aircraft. As a result, engineers at Savoia-Marchetti redesigned the aircraft substantially.

The cockpit was moved to the left fuselage, eliminating the crew nacelle from the center wing in the process, a remote controlled turret had been integrated into the aircraft’s horizontal stabilizer as well as several other changes being applied to the new design. The airframe redesign and reduced weight improved the aircraft’s flight characteristics. 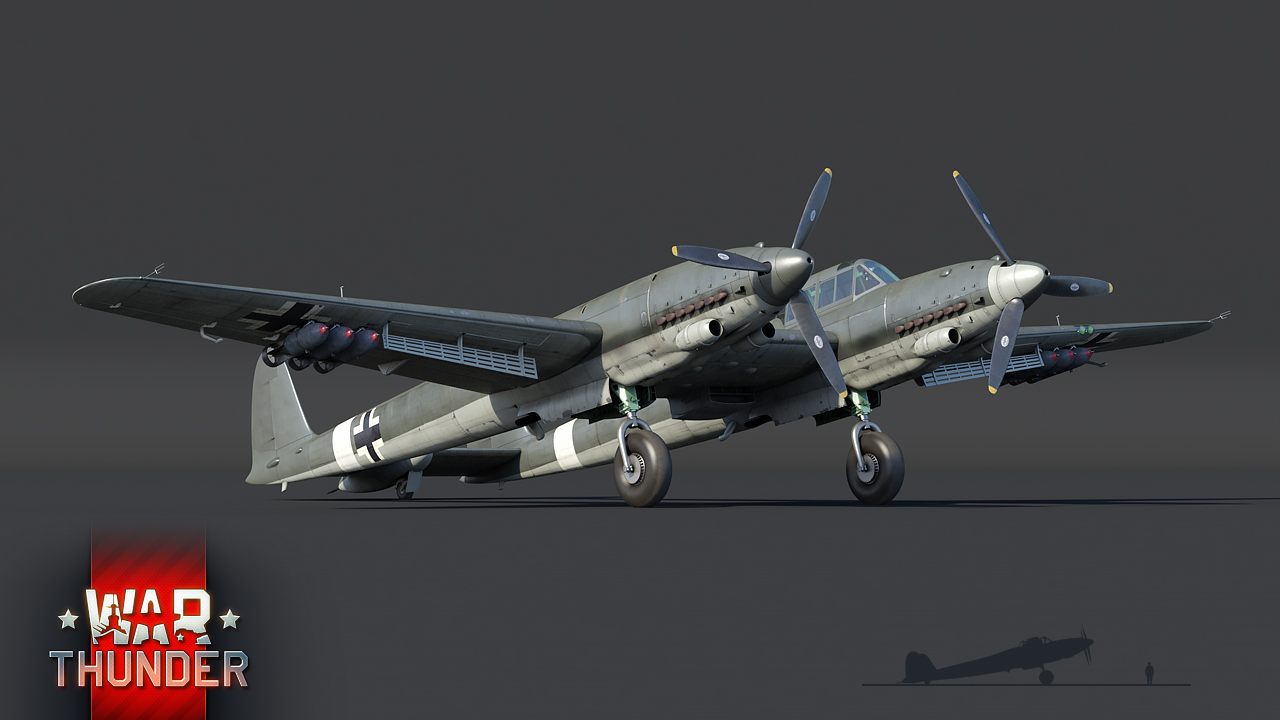 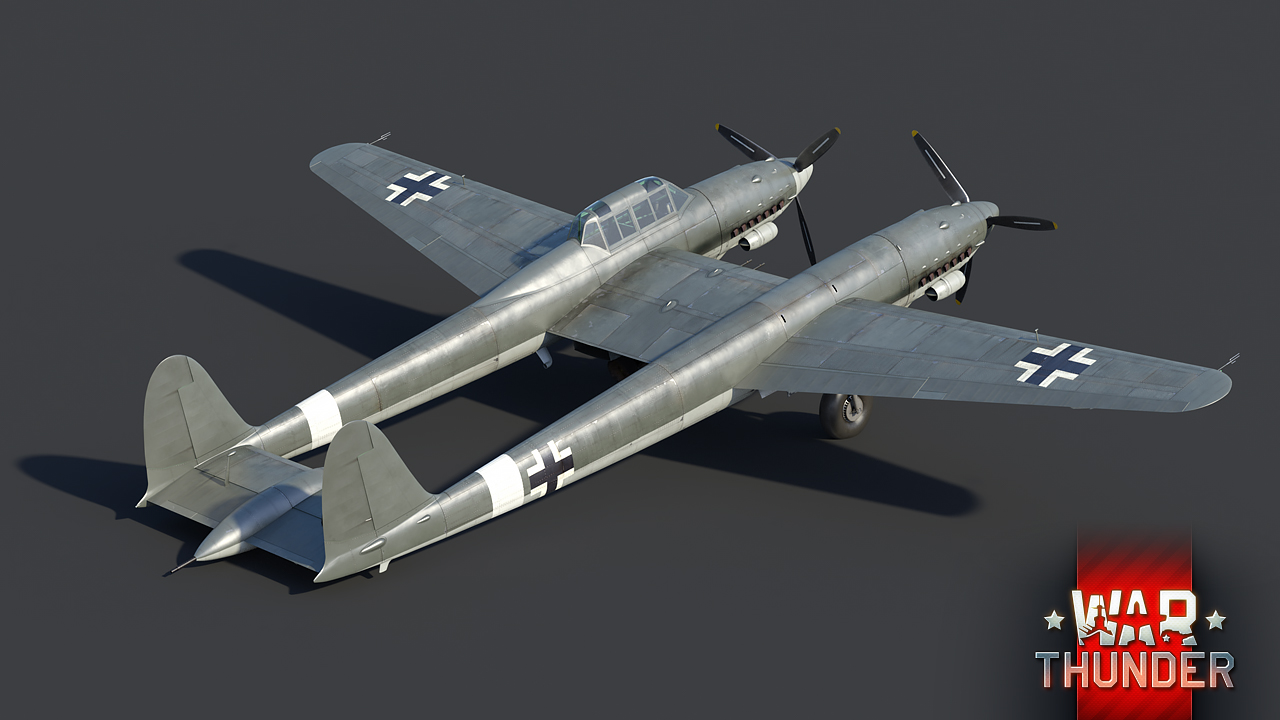 In War Thunder, the SM.92 will join the heavy fighter line at rank IV of the Italian aviation tree, with the release of the upcoming update 1.87. Unlike its predecessor, the SM.92 is slightly faster and more agile due to weight reductions and also offers a more varied armament compared to the unified cannon armament of the SM.91.

The greatest difference between the SM.91 and the new SM.92 concern flight performance. Although still a twin-engine heavy fighter, the SM.92 had its weight reduced by several hundred kilograms as a result of the removal of the center-mounted cockpit and its subsequent integration into the left fuselage. Due to this, the aircraft’s top speed has been slightly increased, going up to 615 km/h at medium altitudes, while overall maneuverability and climb rate also see some improvement.

Further differences between the SM.92 and the preceding SM.91 can be found in its armament. Unlike the plane-shredding complement of six 20mm cannons featured on the SM.91, the SM.92 offers its pilot more guns at the expense of gun caliber. In other words, the SM.92 is fitted with just three 20mm cannons and an additional four 12.7mm Breda-SAFAT heavy machine guns.

Also worth noting is the fact that all of this firepower is spread across the aircraft’s two fuselage sections, specifically the noses, and the center wing, making deflection shots slightly more tricky to pull off at times, due to the relatively large separation between the guns.

In addition to the blazing forward-facing weaponry, the rear hemisphere of the aircraft is closely guarded by a single remote-controlled heavy machine gun turret, integrated into the aircraft’s vertical stabilizer. And if all of this firepower is still not enough for some pilots, then those will be glad to hear that the SM.92 also inherits all of the secondary ordnance options from its predecessor as well.

We thank Paolo Miana from the cultural association Gli Archivi Ritrovati for their help with the SIAI-Marchetti archives and materials on SM91/92 aircraft. Without this help, War Thunder wouldn't have these unique aircraft.

The SM.92 will join the ranks of the Regia Aeronautica with the release of the upcoming update 1.87. In the meantime however, be sure to keep a watchful eye on the news for more information on the next major update coming to the game very soon. Until then, clear skies pilots!

Commenting is no longer available for this news
Rules
ShimakazeChan
58

so nice seeing people that appreciate unique vehicles that they added,not like most of the comments in this dev blog

Smin1080p, To be honest, I don't :). But hey, everyone has different stuff were he or she is interested in. you don't hear my complain tho, can't always get what you want. Am I right ?

man some of these comments on the devblogs are just vile. you all need to calm down.

no, i refreshed to main page about once an hour for four days, we had nothing, then this, we want to see the Leclerc jesus christ

PolskaPower, yes, it's quite hard to wait that long. However we must be happy for our Italian cousins. WE WANT LECLERC NOW !!!!!!!

Not a new shiny MBT that most of the playerbase can't get, thank you. In fact this is very good, padding out the smaller trees.

I'm glad that they are doing this. I don't know why everyone wants the MBT so badly anyway.

Deathmisser, Neither. Never thought I'd see people begging for $60+ premiums either but there you go.

Always good when Italy, France and Japan gets new stuff, looks like a nice CAS, thx. ^^

still no stuff for BR 9++ but a nice lowtier plane anyway...

so a free version of the bf109Z? nice

Not really, it will perform slightly better than the SM.91 in most aspects, it is quite different from the Bf 109Z in performance and handling.

So, we waited whole day without devblogs for... that?

Go Whine About Your MBT Stuff Somewhere Else, Not Everyone Thinks / Wants The Same.

ShimakazeChan, Please, tell me where I said anything about MBT. I don't think that anyone wants ugly plane without any manueverability and with awkard gun placement.

Smin1080p, Will we ever see any other devblog today or I'm free to shot myself with imaginary shotgun?

The pics show a bomb load that's currently unavailable to the SM.91. Are you going to expand the loadout options for both planes in 1.87?

Yeah, the SM.91 still misses the centralized loadouts - would be awsome if they fix that

give us more planes