The SA.316 Alouette III is a French utility helicopter designed by Sud-Aviation in the late 1950s and was the successor to the popular SA.313 Alouette II. The SA.316B will soon become available to War Thunder pilots as part of the upcoming French helicopter tree, arriving to the game with update 1.87!

Following the large success of the SA.313 Alouette II, Sud-Aviation almost immediately began working on a new helicopter that would succeed the Alouette II. This time around however, the new vehicle would be substantially enlarged to accommodate up to five passengers or space for a pair of stretchers for rescue operations, while still following roughly the same layout and design philosophy.

Thanks to its excellent high-altitude performance, the Alouette III quickly received a favorable reputation during numerous rescue operations, especially those taking place in mountainous regions, such as the Alps or Himalayas.

By 1968, the first production model of the Alouette III was phased out of production and was instead replaced by the improved SA.316B. The new model featured strengthened main and tail rotor blades and offered overall better performance. By 1979, faced with a diminishing demand for the helicopter, Alouette III production ceased.

Alouette III helicopters were also widely exported and built under licence overseas. India, Switzerland and Romania all had their own assembly lines for licence-built versions of the Alouette III. The helicopter saw extensive use not only by French operators, but also world-wide. Alouette IIIs were found in the skies of almost all parts of the world, being used by over 40 operators worldwide!

Overall, over 2,000 SA.316 Alouette III helicopters were built by the time the last units were delivered in the mid 1980s. Although the helicopter is still in service with many operators around the world today, it’s increasingly being withdrawn from active service due to rising operating costs and lack of spare parts. 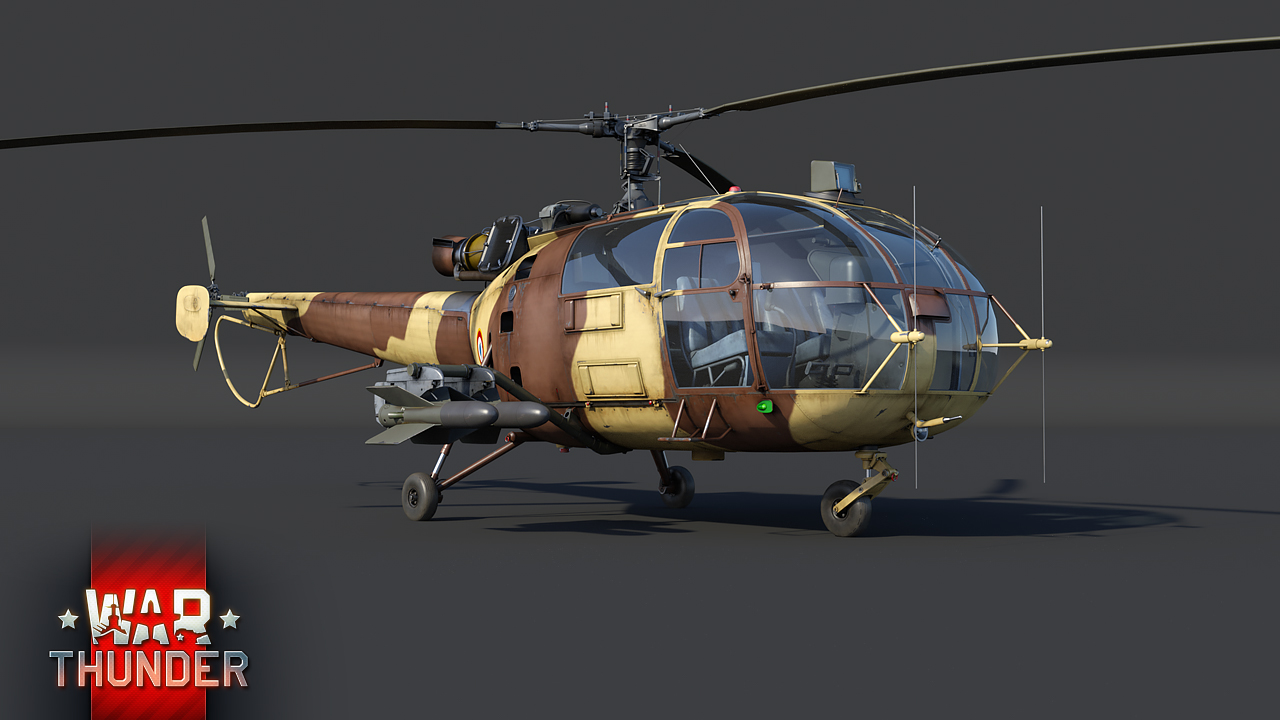 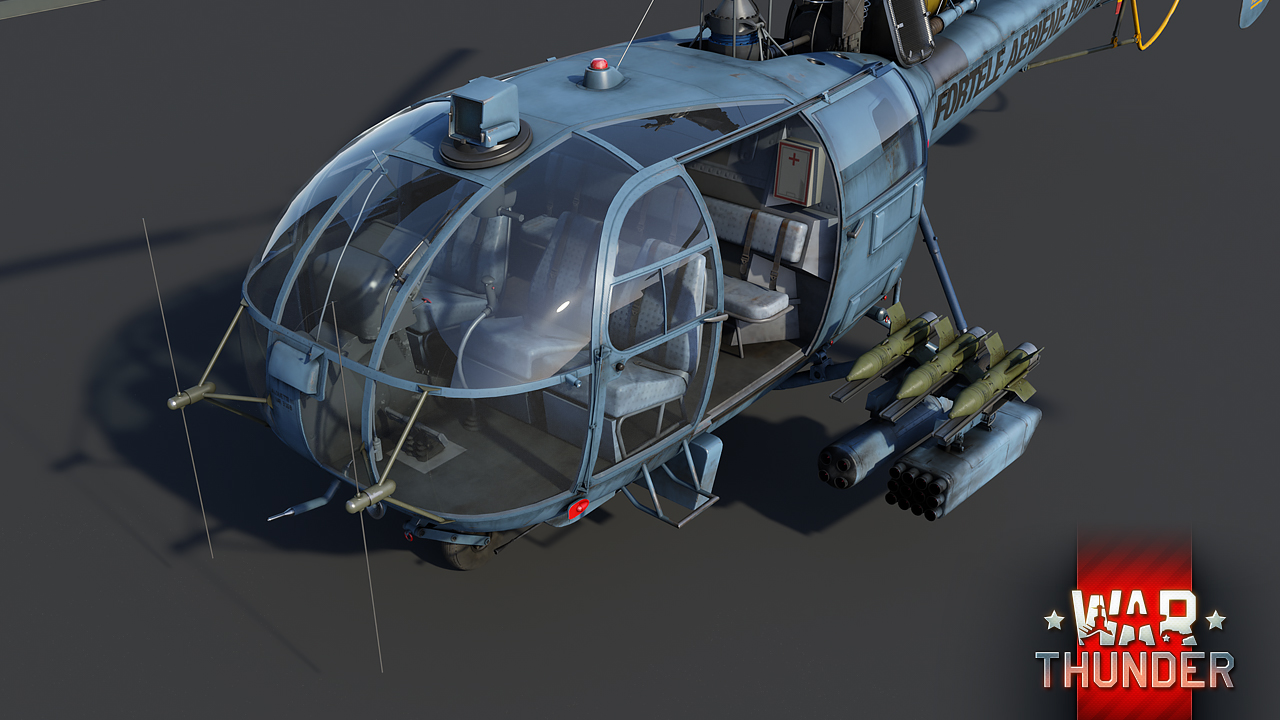 In War Thunder, the SA.316B Alouette III will be an intermediate vehicle of the upcoming French helicopter tree, arriving to the game as part of update 1.87. Bridging the gap between the first helicopters in French military service and more advanced designs, the SA.316B will represent a stepping stone towards the higher ranking helicopters, while allowing pilots to fully capitalize on their experiences gained with previous machines.

Compared to the preceding Alouette II, the SA.316B features a more powerful 570 horsepower Turbomeca Artouste IIIB turboshaft engine. The additional horsepower, combined with the more streamlined body of the machine, allow it to reach a top speed of 210 km/h in level flight. However, to achieve the desired flight performance, French engineers had to keep the weight of the helicopter as low as possible, meaning that armor protection was once again given up on.

Fun Fact: Despite its origins dating back to the 1950s, the SA.316 Alouette III is still in service today. A true testimony to its superb design!

Despite the Alouette III not being protected, it should by no means be underestimated by tankers. Those that do will quickly succumb to a death of a single guided SS.11 ATGM turning their once mighty combat vehicle into a burning pile of scrap metal.

Apart from the standard production model of the Alouette III, we will also introduce a more exotic version of the SA.316. Specifically, players will have the chance to obtain a Romanian licence-built version of the SA.316B, as part of a special bundle in our online store. Unlike the regular Alouette III, the Romanian IAR 316 is equipped with six Soviet Malyutka ATGMs, unguided missiles and can also carry a single offensive light MG for self-defence!

The SA.316B Alouette III awaits eager pilots in the upcoming French helicopter tree, arriving to War Thunder as part of update 1.87. To help pass the time, be sure to stay tuned to the news in order to stay updated on the latest developments for the next patch coming to the game very soon. Until then, happy hunting pilots!

Commenting is no longer available for this news
Rules
OprahDid911
17

Technically we haven't seen any of those so far except in the premium pack without stats and definitely not the tech tree version.

So we're getting a premium and a tech tree version, right?