The Mitsubishi T-2 is a domestically designed Japanese supersonic jet trainer aircraft, developed in the early 1970s. In update 1.87, Japanese pilots will also have the chance to enter the supersonic era with the introduction of an armed version of the T-2, coming to the game very soon!

Briefly: The first Japanese supersonic aircraft, both in history and in War Thunder.

With the formation of the JSDF after WW2, Japan’s military equipment, at least as far  as air vehicles are concerned, mostly consisted of foreign designs. As military aviation headed more and more towards supersonic speeds in the second half of the 20th century, Japan was faced with the question of how to keep up with this rapid technological advancement.

In the mid 1960s, Japan started looking for a new supersonic jet trainer aircraft to replace the no longer suitable subsonic Fuji T-1. A decision had to be made between acquiring a once again foreign design, or develop an entirely new aircraft locally. In the end, the decision was made to develop and build a new domestically designed aircraft.

In 1967, three Japanese companies submitted designs for consideration, of which Mitsubishi’s was picked as the winner. In March 1968, the design was completed and work on constructing the prototype, designated XT-2, commenced. In early 1971, the prototype had been built and conducted its maiden flight later that year in July.

Following the successful maiden flight of the first prototype, three further were ordered. Of the four built prototypes, two were unarmed while the other two did receive weapons. These would serve as the base models for the subsequent production aircraft.

Having satisfied the requirements, the XT-2 entered production as the T-2. An order for 90 production aircraft was placed, but a total of 96 aircraft were built by the end of production in 1988, when prototypes and test models are also taken into account. The T-2 entered service with the JSDF in 1975 and remained in service up until 2006. 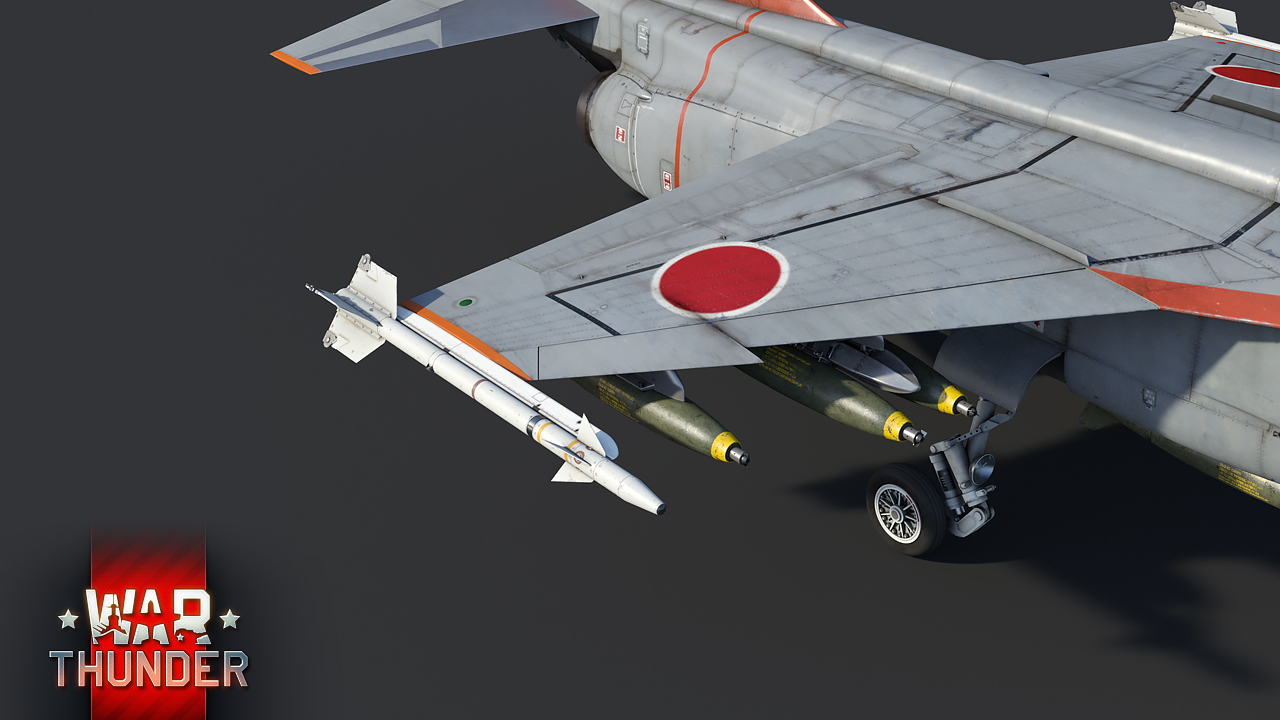 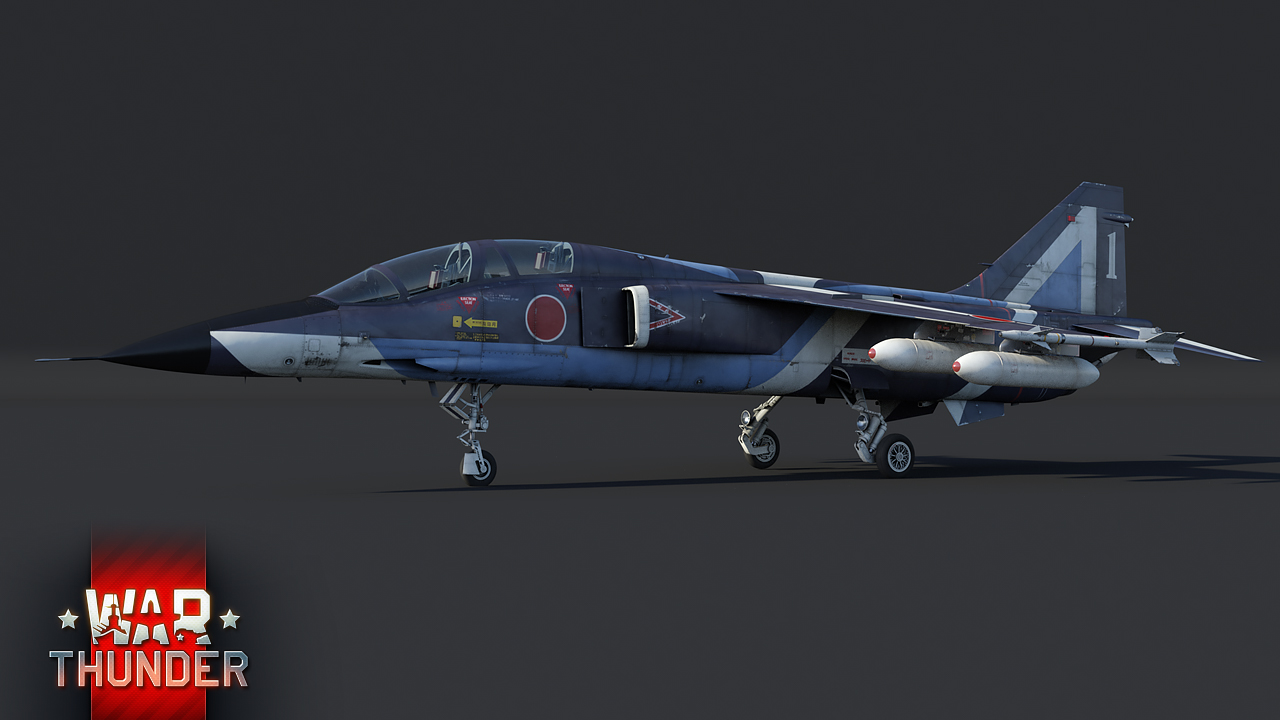 In War Thunder, the T-2 will be the first supersonic jet aircraft to occupy rank VI of the Japanese aviation tree, with the release of the upcoming update 1.87. Soon, Japanese pilots too will have the chance to fight at supersonic speeds and gain access to advanced guided weaponry! 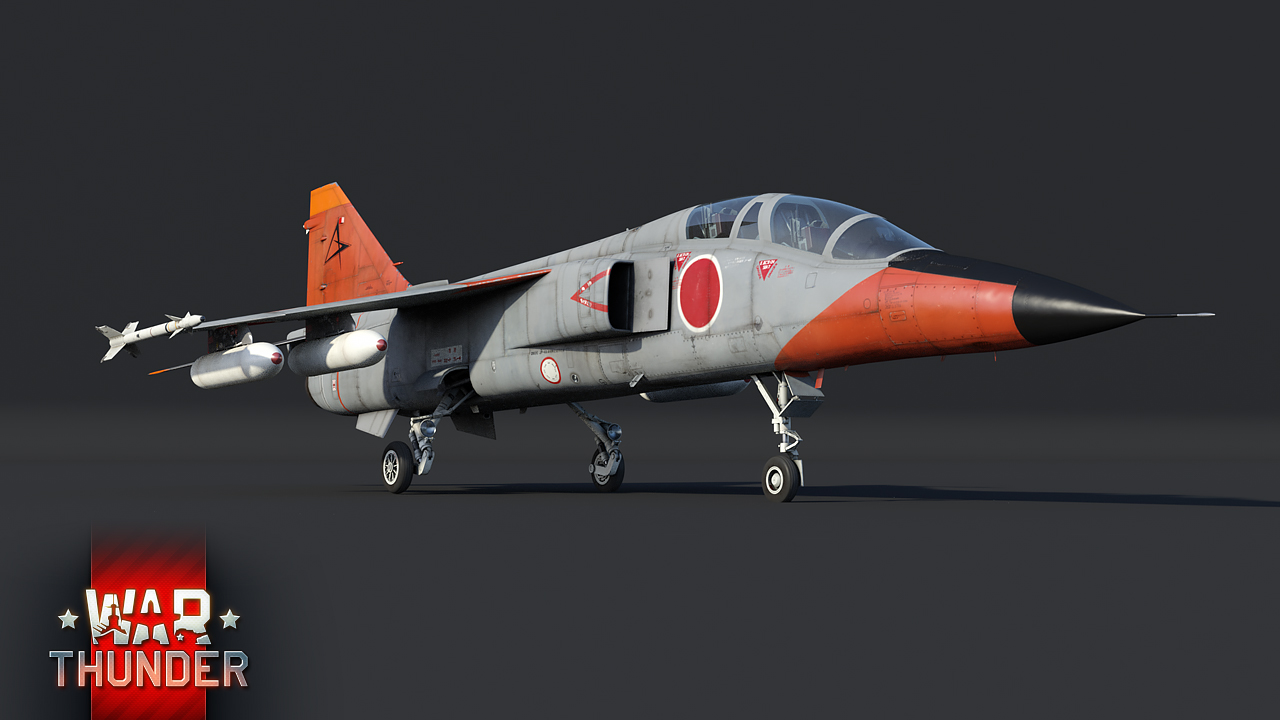 The T-2 is powered by two Ishikawa-Harima TF40-801A turbojet engines, which are Japanese licence-built versions of the Rolls-Royce Turbomeca Adour. The engines are able to produce a base thrust of 20.95 kN each, going up to 31.76 kN however when engaging the afterburners. All this raw power results in the T-2 being able to achieve a top speed of 1,700 km/h (Mach 1.6) at 10,975m altitude.

Fun Fact: The T-2 was the first Japanese-built aircraft to break the sound barrier and fly at supersonic speeds.

Despite the fact that the T-2 was a trainer aircraft, Japanese pilots in War Thunder shouldn’t worry about being sent off into combat without anything to combat their enemies with! The T-2 represents the armed version of this trainer machine and hosts a good selection of armament options for pilots to choose from.

Apart from the primary armament, consisting of a single 20mm rotary cannon in the nose, the T-2 can be outfitted with conventional bombs, unguided rocket pods as well as two AIM-9B Sidewinder air-to-air missiles! Thanks to this good variety of secondary armament options, the T-2 will not only be a top performer in air battles, but will also be a suitable pick for Japanese pilots to take into combined battles.

The T-2 is on final approach for the top ranks of the Japanese aviation tree and is expected to arrive with the release of the upcoming War Thunder update 1.87. In the meantime, make sure to stay tuned to the news for more information regarding the next major update coming to the game. Until then, happy hunting pilots!

Commenting is no longer available for this news
Rules
Spidd124
77

Easily the best looking jet in the game.

My pupils dilated when i seen this ;) ;)

I love these dev blogs, but I would really suggest taking the music out of the video. I want to listen to the jet after all, not the music. :)

I am waiting for Tunguska´s devblog :D Hope its will be on rank 6 ^^ Tunguska is so sexy ^^

Will you remove the jet flame from non-afterburning jets and make it so that it only appears when the afterburner is activated? Perhaps also update the visuals? Will you also remove mixed matches next patch? We're getting more and more tier 6 jets

I like the glow inside the jet engines, can we keep that even if we remove the actual flame?

an option would be nice...you like those fancy flames, turn it on...you want realistic glow, switch it off

That BRRRRT! I can't wait to try out the Vulcan on this and on the later US jets!

didnt sound like proper BRRT tho, needs to be meatier

Purple_Shoppe, Should be releasing a sound mod update soon after the patch. Stay tuned my friend ;)

I didn't think it was possible to lose my virginity to a virtual aircraft...

Thank you for the historical camouflages!

I appreciate it very much as well. It adds flavor to the plane and makes it more unique. I am hoping they will be adding some camos of the proxy states of the cold war to some of the planes fx Arab camos for some of the migs.