The L-62 ANTI II is a Swedish SPAA design, developed in the early 1930’s by the AB Landsverk company based on their L-60 light tank. Despite being built in only small numbers and used primarily by foreign nations, the L-62 ANTI II will be one of many interesting units awaiting tankers in the Swedish ground forces tree, coming to War Thunder as part of update 1.97!

The first prototype of the L-62, named ANTI I, was built by the end of the 1930’s in parallel with the L-60 then tested. While the Swedish military didn’t express interest in procuring the L-62, the Hungarian military purchased the production licence for both the L-60 and L-62, resulting in the creation of the domestically produced 38M Toldi and 40M Nimród tanks, respectively.

Landsverk continued developing the L-62 into the early 1940’s, creating a more advanced version of the L-62 in 1941, called the ANTI II. The improved version featured a new hull and turret, as well as having its German transmission swapped out for a Swedish one.

A total of six L-62 ANTI IIs were built, all of which were purchased by Finland and subsequently used in action throughout the remainder of WWII. Surviving the war, the L-62s were used as training vehicles in the postwar period and right up until their retirement in 1966. 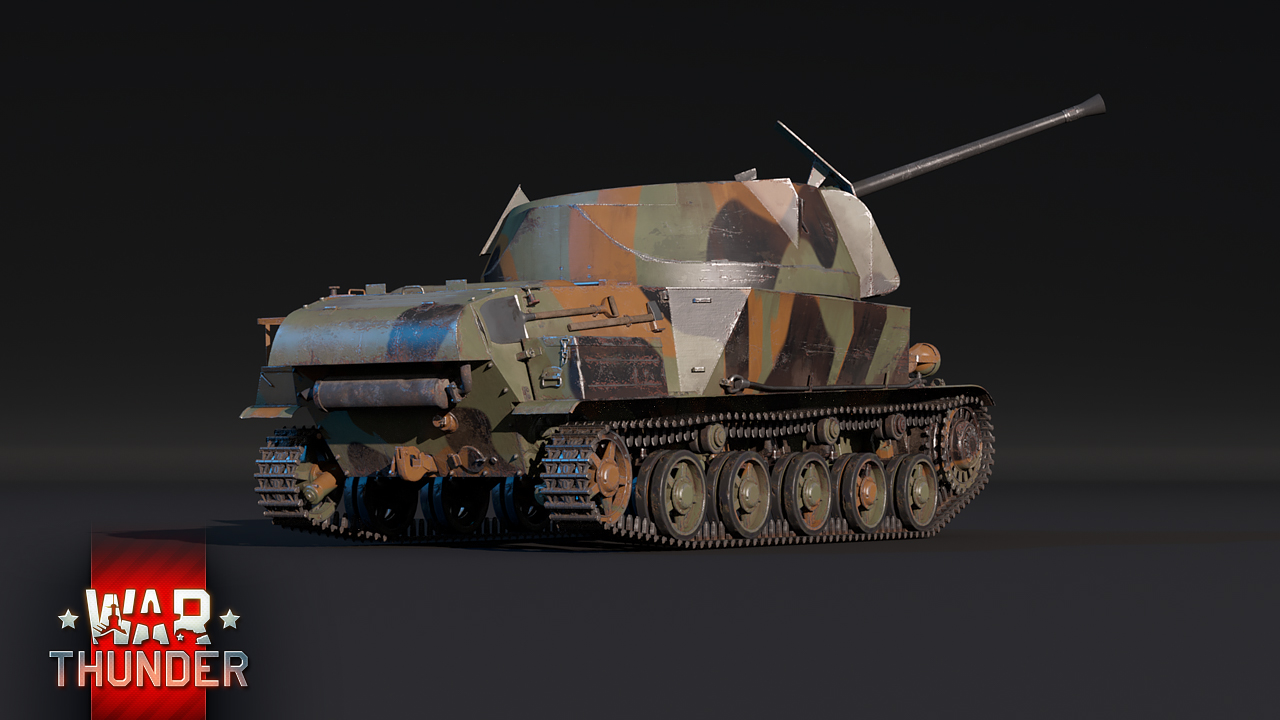 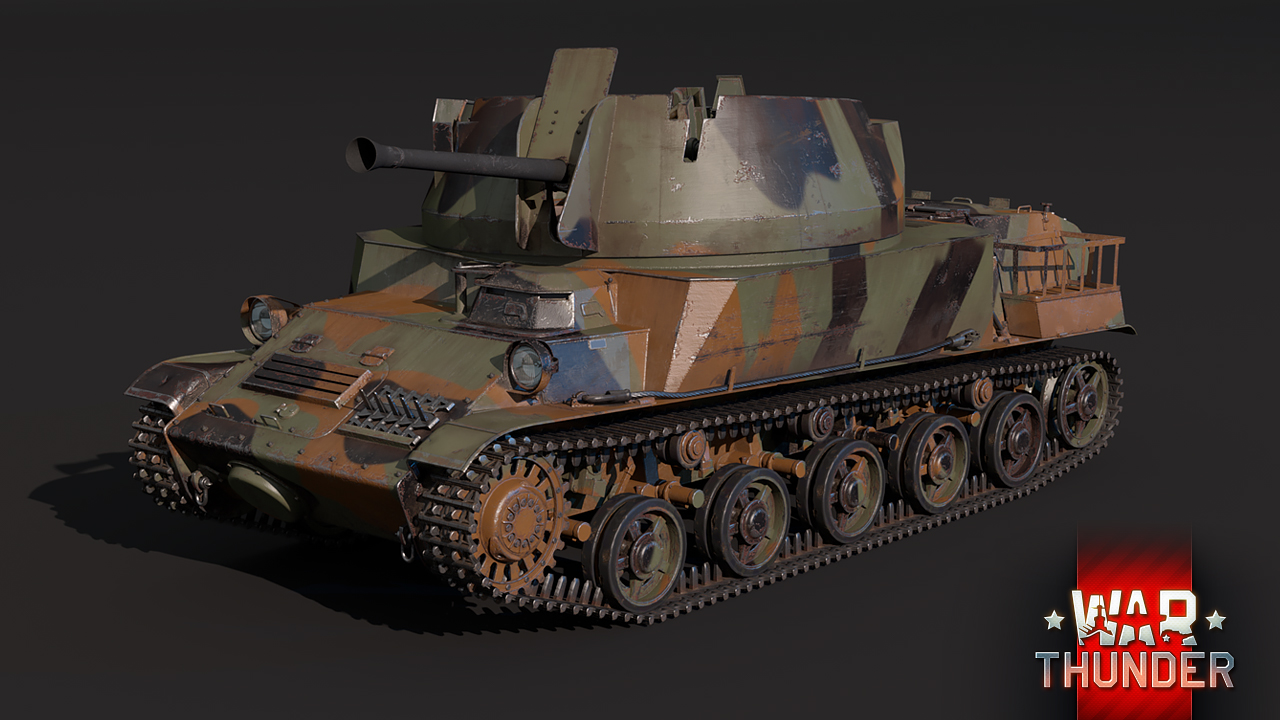 In War Thunder, the L-62 ANTI II will be one of many interesting vehicles awaiting tankers in the upcoming Swedish ground forces tree, arriving in the game as part of update 1.97. Being a rank III SPAA vehicle, the L-62 ANTI II is a highly flexible machine, capable of both taking on aircraft when used in its intended role, as well as lightly armored ground vehicles thanks to its slow-firing, yet very punchy 40mm Bofors cannon!

As already mentioned, the L-62’s primary means of dealing with enemies of various kinds is embodied by its single 40mm Bofors cannon, mounted in a fully rotatable open-topped turret. Although being on the somewhat lower end of the fire rate spectrum with its 120 rounds/min rate of fire, the familiar 40mm Bofors makes up for this by being highly accurate and highly destructive once a round connects with the target.

Speaking of ammunition options, tankers will have the choice between two types of AP rounds along with an HE round, which comes as standard in all belts. As far as the AP rounds go; the slpprj m/42 is a solid APC shell with good penetration values even ranging out to medium distance, while the Slhpgr m/43 is a SAP shell with explosive filler, trading raw penetrating power for increased post-penetration damage.

The L-62 ANTI II is powered by a single 148 horsepower Scania-Vabis 1664 petrol engine, giving the vehicle a maximum top speed of 40 km/h on paved roads. Although the engine might seem a bit on the weaker side when looking at its power output, it’s worth noting that the L-62 is a relatively light vehicle, coming in at just over 10 tons. As a result, the ANTI II has quite comparable overall mobility as other SPAAGs found at its rank.

However, being so light comes as a result of the L-62 ANTI II barely having any effective armor protection. In fact, with only 13mm of plating forming its strongest piece of protection, the L-62 is only sufficiently protected against shrapnel, while anything larger than even machine guns will have no trouble going through its thin armor plates and damaging the crew and modules behind it. Furthermore, its open-topped turret makes the L-62 highly vulnerable to strafing aircraft and machine gun fire from other ground vehicles - a drawback worth keeping in mind when positioning yourself on the battlefield!

The L-62 ANTI II is coming to War Thunder as part of the upcoming update 1.97 and will await all tankers at the mid ranks of the brand new Swedish ground forces tree. In the meantime, make sure to stay tuned to the news for more information regarding the next major update coming to the game. Until then, happy hunting tankers!

Commenting is no longer available for this news
Rules
TheAntiAirGuy
15

At least Sweden is getting some solid SPAAG from the get go, unlike China (Still no Radar SPAA)

And no low tier AA.

See the China!where is the chinese spaa?

No need to have em.

It would be cool to see the 40M Nimród added for the Hungarians at some point too. Cool rank regardless

Will the Swedish ever get “The Swedish King Tiger” as a premium? It has a funny story. After WW2 Sweden bought a king tiger from France fixed it did some tests and then blew it to pieces as target practice using their own tanks.

OH that would be awesome. Cool story. We might get it as a premium like how France has a premium Panther.

Cat_Clan_Leader, that isnt gonna happen, the french used the panthers in service, th swedish used it as target practice and runned some tests

Nice :) Good to see that Sweden is getting a good SPAA line. Hope to see Lvkv fm/43 being added in the future :)

Well they are getting the Lvkv 42, if that's worth anything to you :D

Who would ever expect that nation developed such great gun would use it, right ?

Well, 40mm Bofors is Swedish weapon, so not something surprising.