News
back to news
Development
3 March 2020

A new Soviet top rank tank with good frontal protection and guided munitions will burst into high rank battles with the release of the War Thunder update 1.97 “Viking Fury”!

By the middle of the 1980s, there was an objective need to upgrade the main battle tank of the Soviet Union - T-72 to modern battle performance values. The fact is that the vehicle seriously lacked firepower and modern fire control systems and its protection which wasn’t bad at the time of conception, became obsolete due to the emergence of new powerful weapons. The big tank modernization program implied a comprehensive improvement of the T-72 in all its key characteristics.

In the early 80s, the guided weapon system under the name “Svir” was developed for the Soviet tanks with the ability to guide the missile via beam and launching it through the gun barrel. At the same time there was also work on development of the first generation of the “Contact-1” explosive reactive armour. Both of these novelties were in demand for the modernization of the T-72. The vehicle received a new combined hull armour pack for the upper frontal part which increases in size and its composition has been redistributed toward more steel. Also a new custom turret with larger dimensions has been installed, featuring new armour filler packs.

Due to an increased weight, the tank required a new engine which allowed it to maintain the good running characteristics of the base model. The upgraded version received the designation T-72B and was adopted in December 1984. This modification became the basis for a large number of versions and upgrades which made the T-72 the most mass produced 2nd generation MBT in the world. As an upgraded version this tank continues to serve in the Russian army and many other countries. 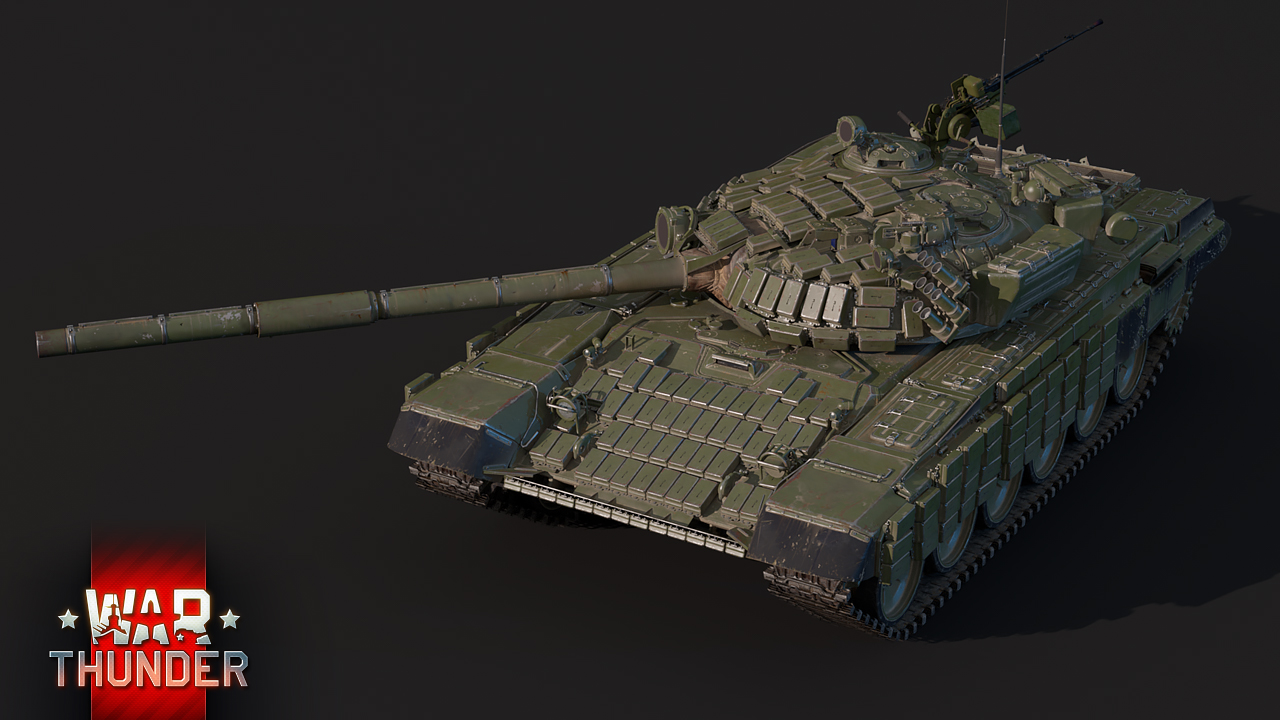 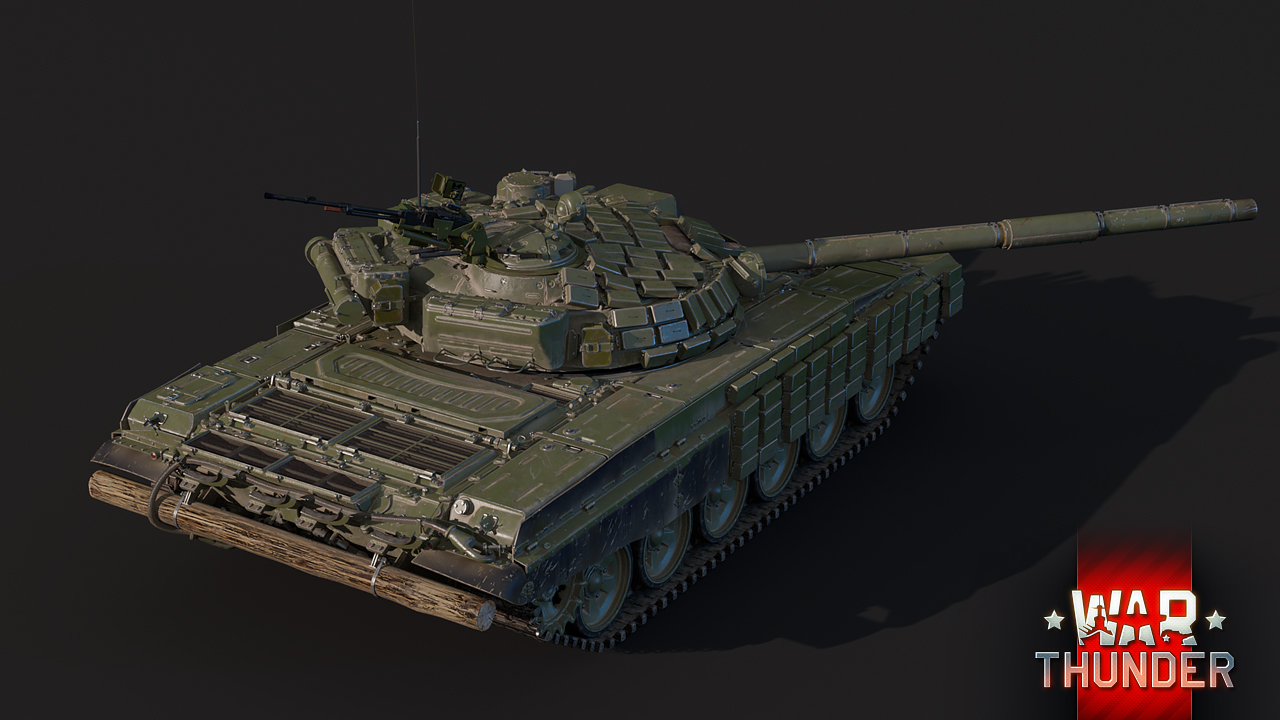 Interesting fact: for a certain similarity of the T-72 turret to the outstanding bust of an American singer, the base version of the tank received on the West the nickname “Dolly Parton”. The T-72B with even larger turret has been nicknamed “Super Dolly Parton”.

T-72B is a long awaited and welcome guest in the hangars of Soviet tankers. In addition to ATGM capabilities and dynamic protection, the main feature of this tank will be  good passive protection of the frontal hull and turret against the kinetic ammunition. According to this criteria (without taking into account the dynamic protection) T-72B is superior to the entire T-64B lineup and even T-80U in the game.

Depending to the type of shell, the commanders of the T-72B can expect protection equivalent to 500-550 mm of steel for the frontal hull and up to 800-900 mm for the turret when the vehicle is under the fire strictly from frontal attacks, and this is without taking into account the “Contact-1” ERA which is effective only against HE shells. The T-72B will receive the same canon and unguided ammunition the same as featured on T-64B and T-80B but with the guided 9M119 missiles with armour penetration of up to 700 mm which those familiar with the Soviet T-80U will already know of.

The tank is equipped with night vision but there will be no thermal imaging on the T-72B. The driving performance of the vehicle remained approximately the same as on the base T-72 model. The slightly increased weight of the vehicle has been compensated by installing a slightly more powerful engine. Unfortunately the problem of low reverse speed  has also been inherited from the T-72A.

T-72B will be a much more suited candidate over the T-72A in top ranked battles and will be faithful partner for the T-80U or the main tool for its research. The well balanced T-72B can utilize hull down gameplay and the dynamic protection will save you from helicopters and ATGMs. Its excellent choice of ammunition makes it possible to combine powerful APFSDS shells and missiles for different opponents at different distances. Good driving performance is also available as the tank accelerates quickly and is easy to control and the stabilizer allows you to comfortably aim even at decent speeds.

T-72B will be one of the stars of the upcoming War Thunder update 1.97 “Viking Fury” and definitely deserves the attention of all tankers. The patch is already approaching very soon, follow the news!

Russian Bias are a myth. In reality you get 50% winrate in Russia Top tier...

SXTREME, Wait, you are saying that there is no special Soviet alloy that bounce 90% of projectiles fired into my glorious Soviet tank?!

now I can finally play the Syrian T-72 the right way. instead of the first T-72 model

Will we get anything for Germany this patch?

I am quite sure, they said Germany gonna get few new things.

FinlandSupreme, They will get a wheeled vehicle with the leopard 2k turret, but without the 20 mil on the roof.

I'll be more than suprise Gaijin could forget one of the goose that lays the golden egg. You will probably have premium

Stop it, get some help.

Akiyama_S, Let's post this on every comment asking for apache, mirage, 2a7 etc from now on :D

OmegaSirius, If I was a moderator, I'd mute these degenerates xD

As if USSR ground trees does not have enough mediocre top tiers...

T72B has upgraded armor, engine, can fire ATGM and more modern APFSDS projectiles. Its atleast something to counter US with Abrams spam as if it was a T-34.

SXTREME, It has no thermals... at top tier, where situational awareness is 90% the key to victory, the enemy will kill it before it is able to even see them

Looks interesting but that lack of thermal may kill it. I can see this being a vehicle that most people just shelve

Yeah, i was expecting B3 or something, but a tank with no thermal at top tier is something you wouldn't want to use xD Massive disadvantage

It's lovely to see a new T72 in the game! though I'm not so sure this thing will be able to compete with the other vehicles at its rank due to the lack of thermals. Doesn't really help the soviet top tier line-up unfortunately. If only thermals weren't a thing in this game.

At top tier, without thermals, it will be cannon fodder at best