The T1 Type Motor Torpedo Boat is a standard representative of the mosquito fleet, possessing all the defensive and offensive capabilities that one might expect of her tier.

Briefly: The T1 Type MTB 1941 is a multifunctional boat that is the perfect solution for all first-rank naval battle assignments. She has lightweight small arms, two torpedoes, and a few depth charges.

Boats of this type were developed in 1939 as part of the fourth construction program for the Japanese fleet. They were based on the experimental Type B boat, which in turn was based on the British Thornycroft CMB boat captured in China in 1938. The first boat was put into operation in 1941. In total, six boats of this type were constructed, only one of which survived. In 1942, she was badly damaged and used for training after restoration. The other five boats were lost in conflicts during the years of 1943-1944.c 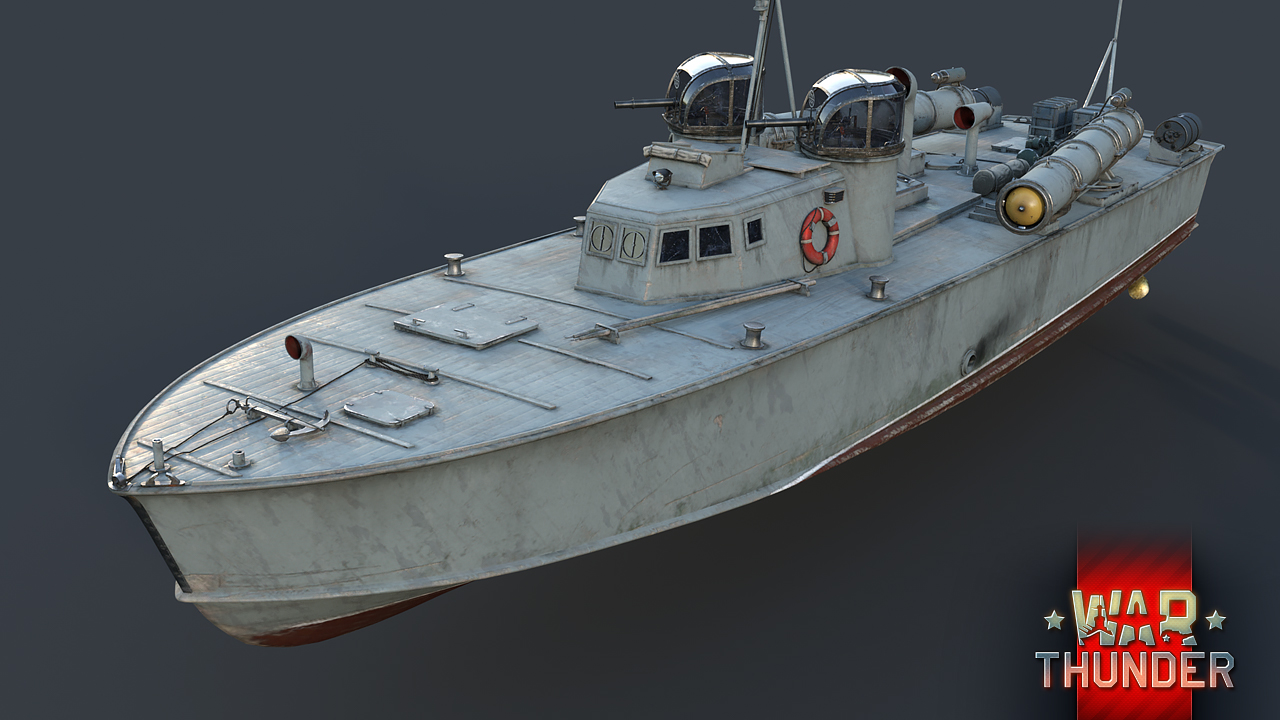 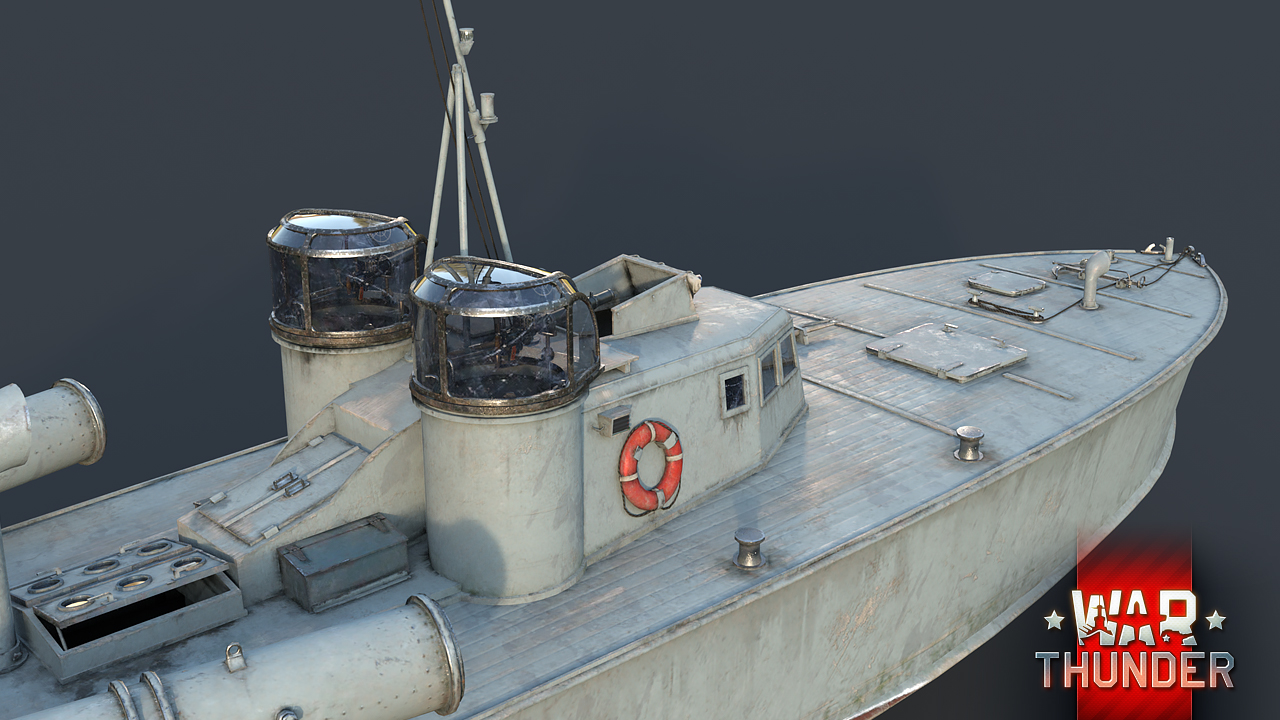 Do not expect anything too special from the T1 Type Motor Torpedo Boat. However, she does make for a decent beginning level boat for the Imperial Japanese Navy and is capable of undertaking any assignments at her tier. A pair of turrets with 7.7mm machine guns work well against lightweight enemy boats and aircraft. For larger targets, she has two 457mm torpedoes capable of delivering 110 kg of explosives to a distance of up to four kilometres. Anyone tailing the T1 will quickly make the acquaintance of her Type 95 depth charges. Although it won’t be easy, the boat is equipped with three petrol engines (two primary and one cruising engine) with a total of 1,860 horsepower, and can reach speeds of over 38 knots, making her a difficult target. 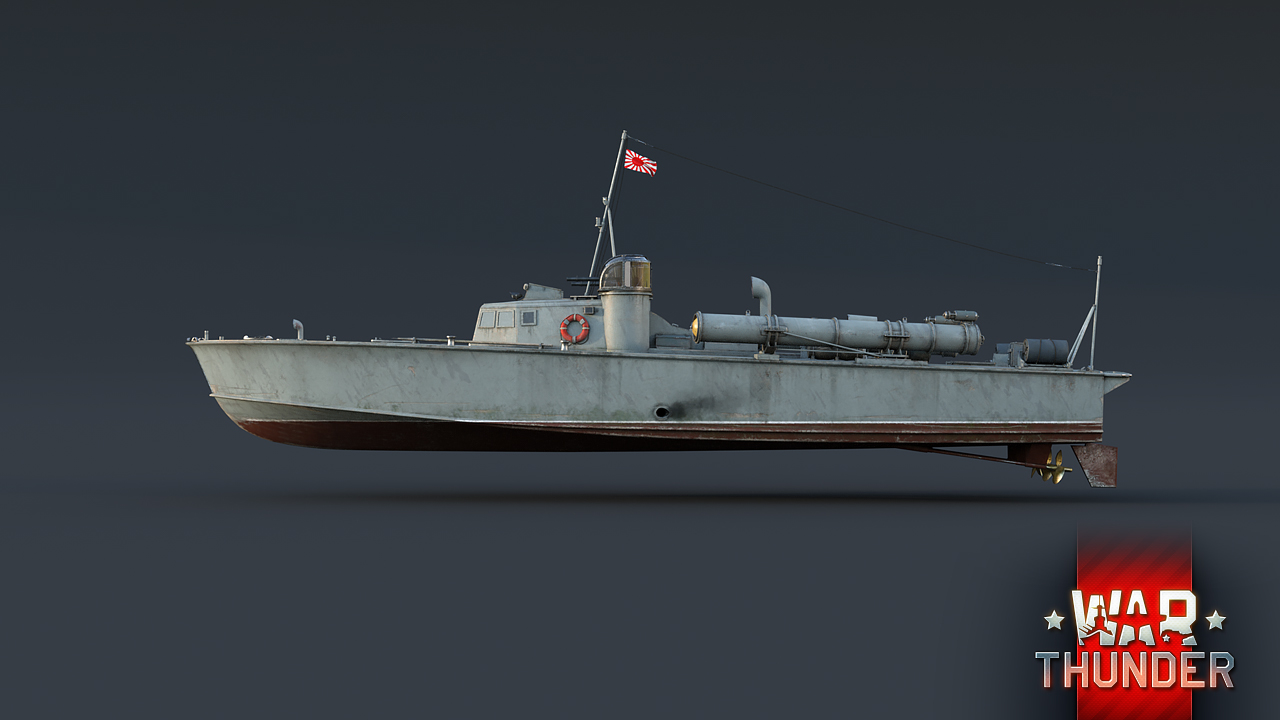 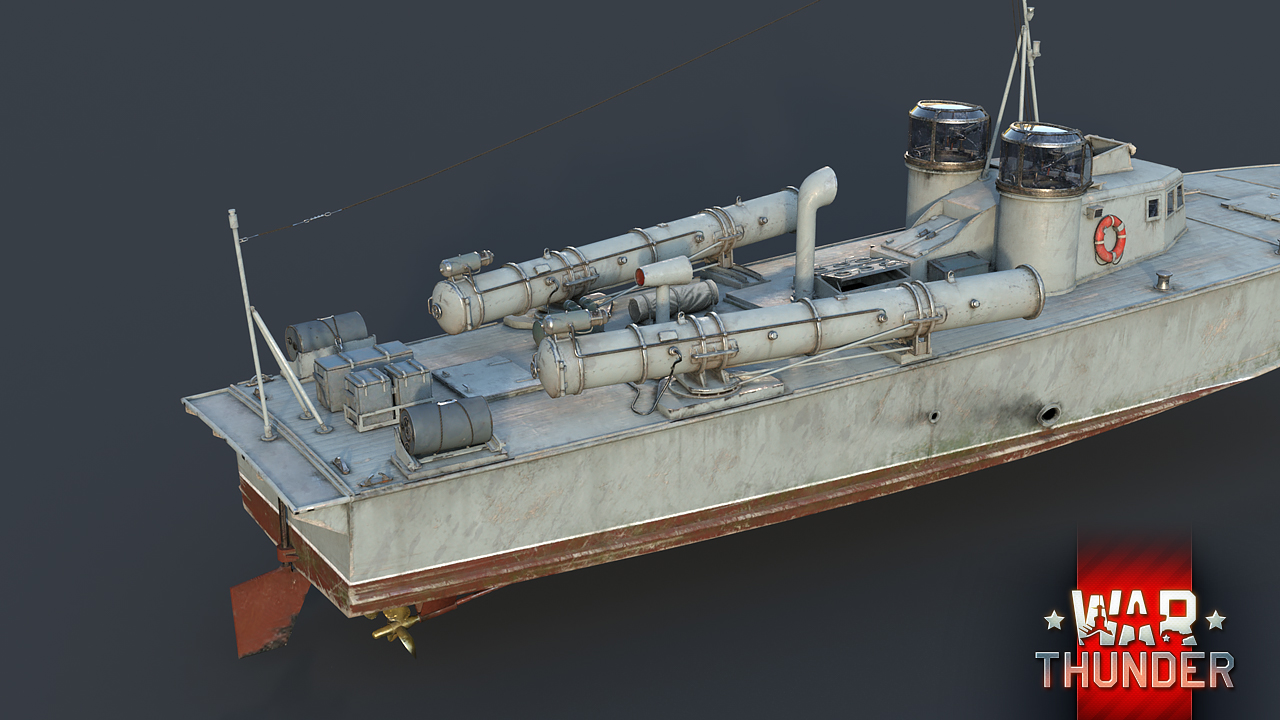 With update 1.89, you will be able to take to the seas on the T1 Type Motor Torpedo Boat and begin your exploration of the Imperial Japanese Navy!

Commenting is no longer available for this news
Rules
Drezworthy
7

I've only ever been able to attempt using depth charges like 2-3 times so far I think. You should do a new mode where part of the points of winning is getting to an enemy AI submarine and destroying it with depth charges!

Ouiche, Or player subs. Surface speeds of 15-22knots, 20-140mm cannons, up to 10 torpedo tubes, would be quite reasonable against current fleet composition, instead of schnellboote versus capital ships with dozens of automated turretz

Pretty soon. (unless the hamsters break something)

At least the British starting boat had 8 7.7s, this only has 2. XD It's going to be a struggle bus lol

erm... I would expect a boat with guns that can kill the enemy?

If somali pirates can attack big ships with kalashnikov and win... so can you

It's placed at the beginning of rank I, everything is quite... squishy here. It's not going to fight heavy cruisers!

Ouiche, 50 cals are still quite common. Low rank Japan is going to be rough.

Very disappointed to see you give Japan the best jet in the game, a premium rank VI jet with no changes, and now their premium helicopter. Not only is top tier unbalanced, but you've allowed for anime girls and weebs into your game.

Its a historical skin?

This boat is so bad...it has no Pro or Con. It is just bad

What do you expect from a tier 1 boat? None of them are good at anything

*blbobobobo, Most have capable guns to chew up wooden hull. Only the japanese and british have to try to make 7.7s work in a naval setting :\

Where is mah AH-1S Kisarazu pre-order at ? Also funny little boat. I do not see the 7.7s doing much but i suppose the torps will do for now~

IM BUYING THE KISARAZU AND NO ONE CAN STOP ME I LOVE ANIME ;-; (no hate plz)