A heavy, powerful tank with an 18-round automatic loader and a 120-mm cannon, the AMX-50 Surblindé is the main prize of the upcoming World War season "Recon under Fire".

The history of development of the French AMX-50 series tanks is a desperate attempt to find a compromise between the weight of the tank, the height of the chassis, the size of the turret and the combat potential of the gun with an automatic loader. The closest thing to such a compromise was already known to our players in the AMX 50 Surbaissé. But our hero today is a clear departure from the idea of reducing the weight and height of the tank in the direction of increasing its armour and firepower. AMX-50 Surblindé means "additionally armoured" - the tank has a developed protection at the front of the hull, the so-called "pike nose", as in the Soviet IS-3. Tracks from the "King Tiger" have been further expanded to 900 mm to withstand the heaviest mass in the series - 70 tons. The high chassis is complemented by a giant swinging turret with a long 120 mm cannon and an automatic loader for 18 shells. The tank reaches a height of 3.5 metres from the ground to the roof of the commander's cupola. As it is easy to guess, by the middle of the 1950s such a monster had no chance to get into series production - the tank remained the only prototype. 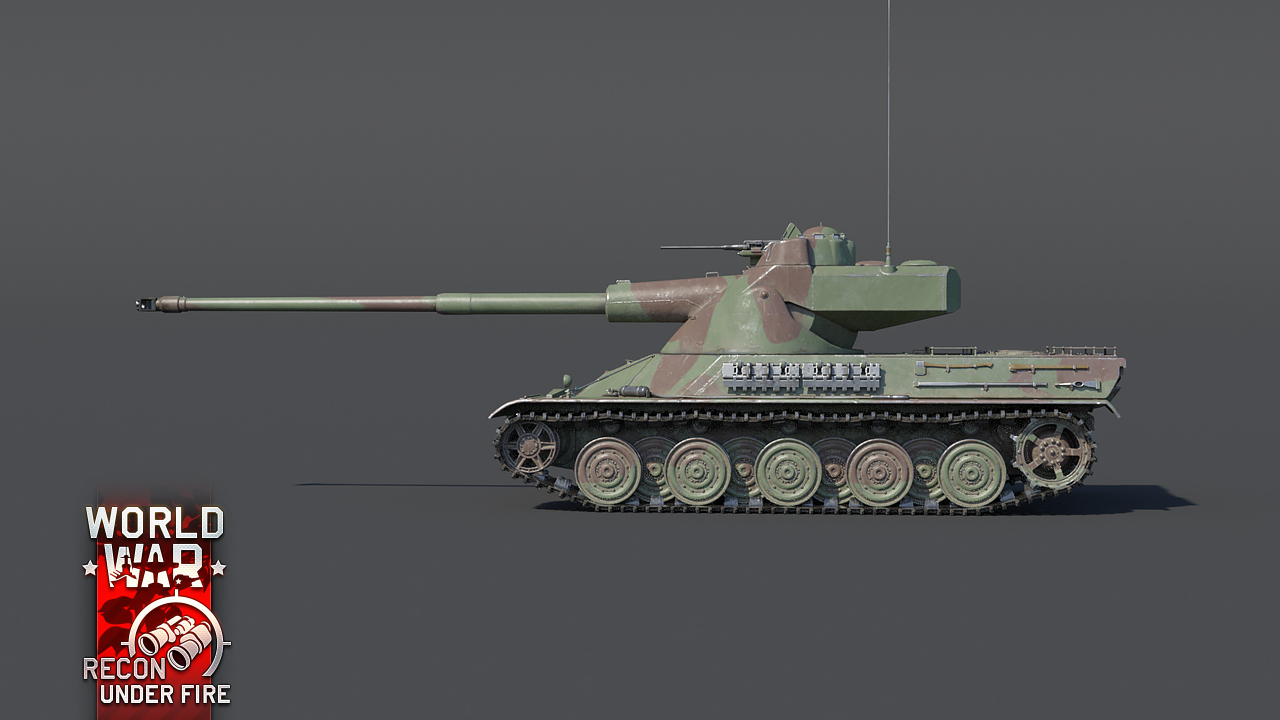 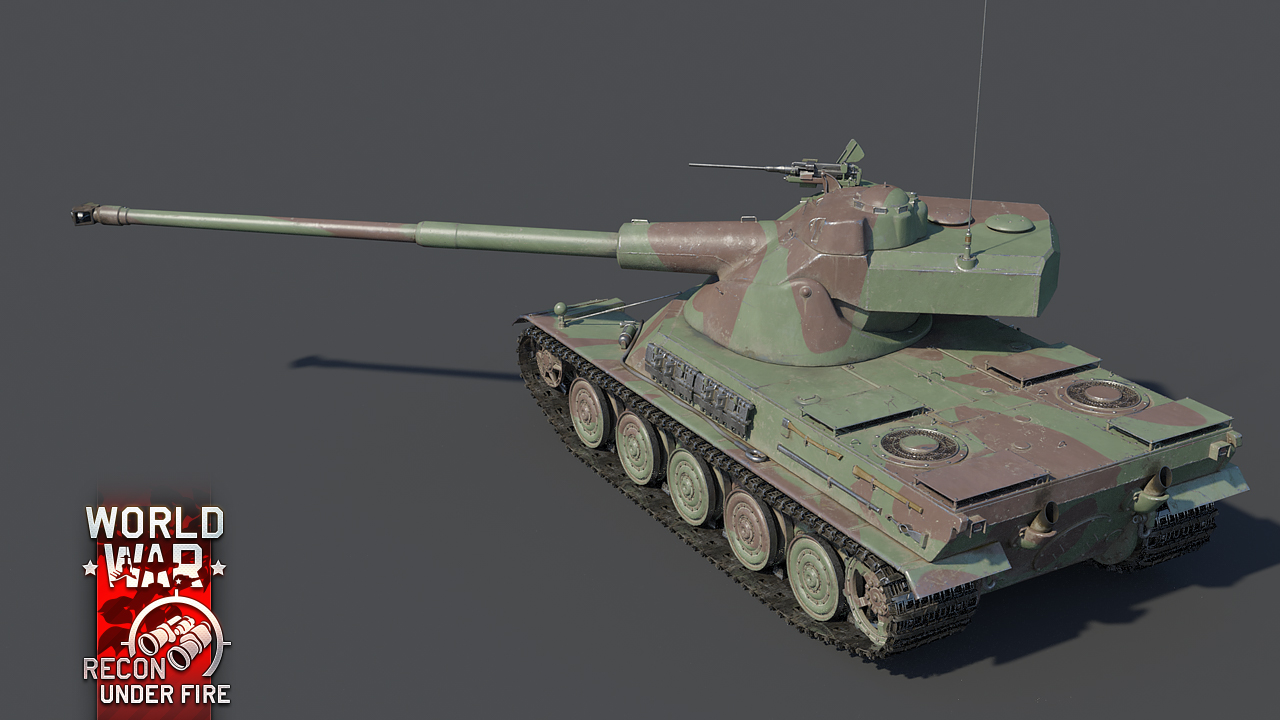 The AMX-50 Surblindé will be the prize in the first season of World War - we will give this tank to the best fighters from squadrons and the most skillful fighters in the overall leaderboard. The tank inspires respect for one kind or tank or another - with "size" almost like the "Mouse" or we see the Soviet "pike nose" or with the familiar tracks of a "King Tiger. Indeed, the tank had received an increased armour at the front of the hull as well as a more massive gun mantlet. Despite the increased weight, the power of the German "Maybach" engine is still enough for this giant to move at a speed of 51 km/h.

In addition to its enhanced protection, the tank is heavily armed with an accurate 120 mm cannon, just like the AMX-50 Foch, and the oscillating turret is equipped with an 18-round drum-type automatic loader, which provides a fire rate of up to 5-6 shots per minute. The tank's turret has only two types of shells armour-piercing shots and HE with a penetration of up to 45 mm. On the one hand, we would like to see more variety, but on the other hand, the AP shots provides a penetration of up to 300 mm, and the high initial velocity in some cases leads to the destruction of the hull on the enemy vehicle. The 20 mm anti-aircraft cannon mounted on the commander's cupola is a pleasant bonus because nothing at rank V has such a weapon. 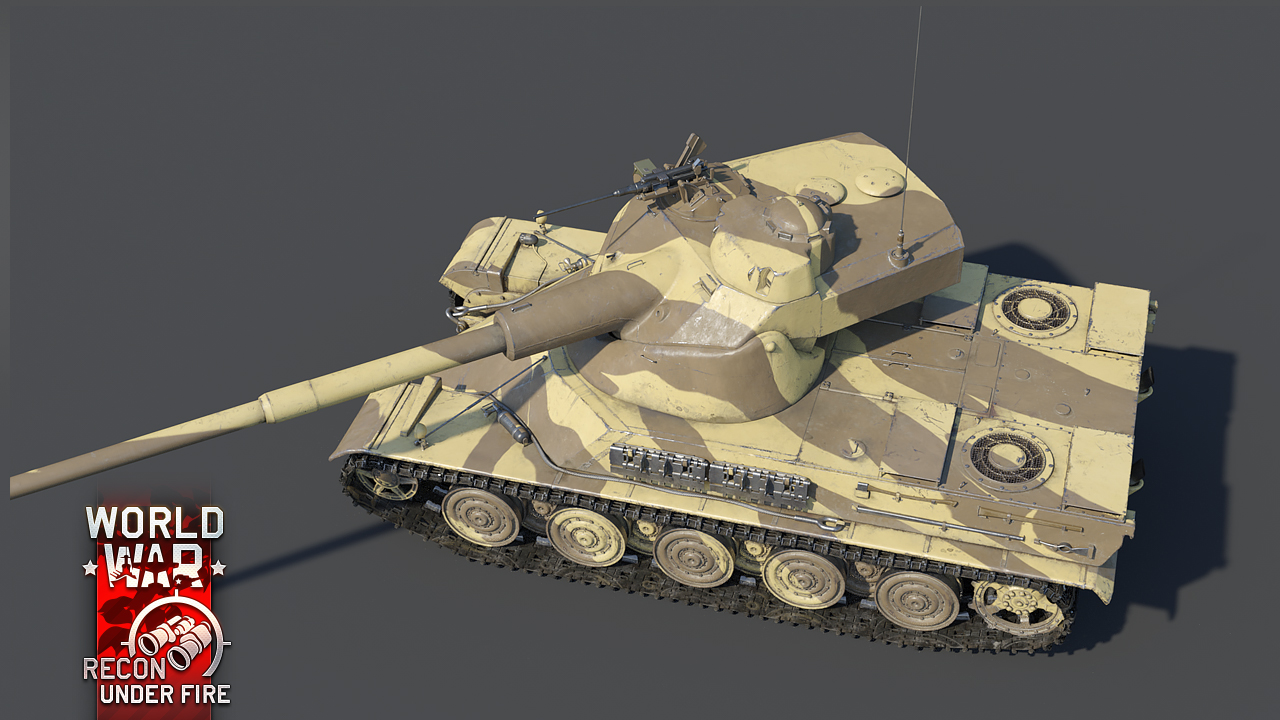 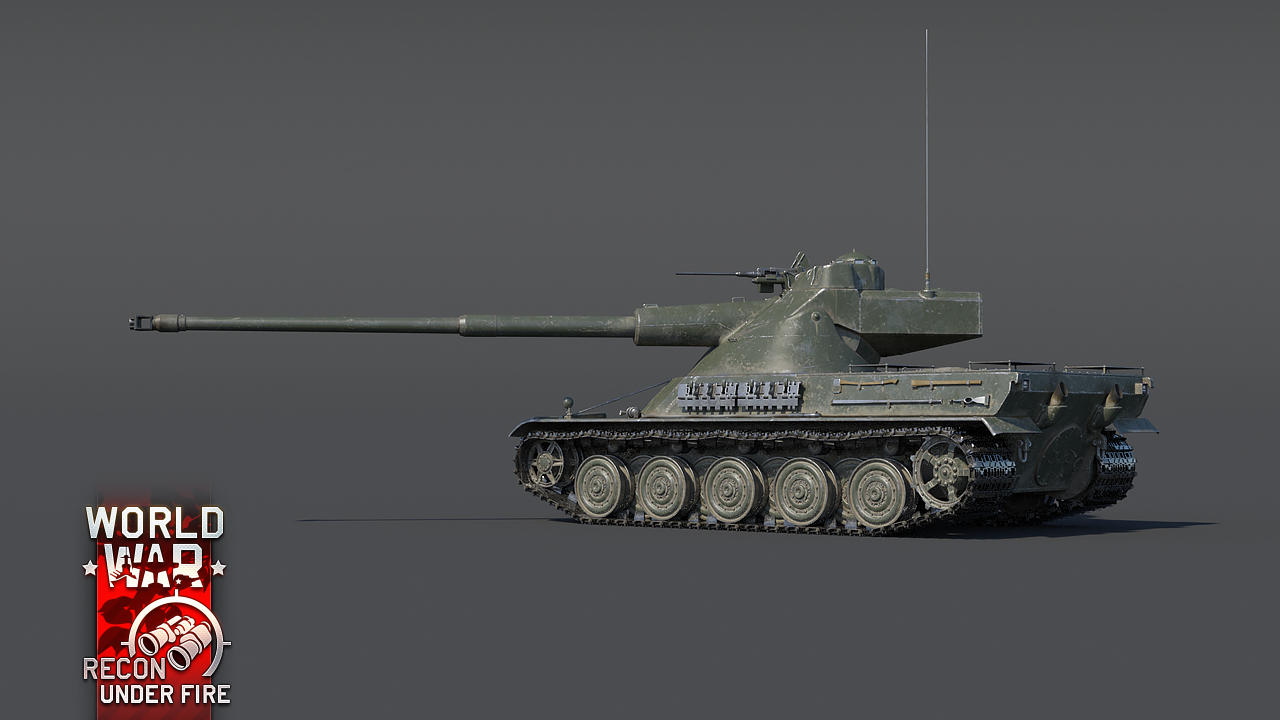 AMX-50 Surblindé is an excellent tank at rank V, a real colossus among peers. Yes, it is visible from the respawn; yes, it has no fashionable HEAT shells. But it has an awesome cannon, a powerful frontage, a fearsome 18 (eighteen!) shots, “ricochets” and “not penetrated” hits, a 20 mm anti-aircraft gun and an amazing maximum speed for its mass. Battle for the honour of owning it in World War, it will be well worth it!

Commenting is no longer available for this news
Rules
Salty_French_Boi
130

"Hey look we made that really cool tank that this nation that doesn't have many tanks could use, it's gonnabe even tho because reasons" Nice one Gaijin this could have been something good

World War will be a new and unique experience to War Thunder. So the rewards should be equally as unique for those who take part.

Smin1080p, World War mode is supposed to be a new gamemode for those who get tired of the same boring modes over and over again, not a never ending tournament for grinders... And don't forget that in that World War mode, arcade players get screwed

What are you trying to say?

I can already see it: "Only the top 100 players will get this reward"

Mods , what effort are you guys gonna do to prevent the elite players from multi accounting hoarding the leader board ?

A tank I will never have.

Dont waste your time, enjoy life and other games

voidmaster, yeah it'll just get sucked up into the 8.7 black hole filled with leopard A1A1 with L-44 nuclear cannons

i was so excited when i heard this might be added and was hoping for it to be the summer event reward but i lost all intrest when i read that only the top 500 world war mode players will get this vehicle for arbitrary reasons.

Conte_Baracca, They have become experts at it, now with the E100 shit-show in a different wrapping

I was also super excited, I'm a French tank enthusiast and Mechanical Engineer, really upset about not being able to ever get this tank, also sad about the gun angles, only -6º while Surbias has -8, perhaps more armor which limits the gun angles? Still won't be effective armor though I bet. No vehicle should be reserved for the top 500 players of anything, perhaps 10,000 players then it would still be limited but more people that participate can share in the reward, I might even get one at 10k.

Me: Ooo nice! A machine to nicely backup my AMX-50 Surbias. Gaijin: will be the prize in the first season of World War. damn it :(

They never seem to learn from the past

_Gunblade_, they dont want to learn from the past either

Dont bother trying to win it because they will put it to 8.0 just like they did with E-100 and AMX-50 so you will be rewarded for your skill with uptiers to 8.7 in 90% of games. Have fun with BIG target and heavy armor against heatfs and apfsds. Gaijin marketing of this thing is just stupid.

Pleskac, how dare you accuse Gaijins marketing department of having a clue lol