The Leclerc S1 is the first production model of the French main battle tank, developed during the 1980s as a replacement for the outdated AMX-30. Soon, French tankers will have the chance to get their hands on one of the most requested additions to War Thunder, arriving at long last with the upcoming update 1.89!

Briefly: A French MBT developed during the 1980s, whose modernized versions still form the backbone of the French armored units today!

Development of the Leclerc MBT dates back to 1964, when the French military initiated a study on possible replacements for the AMX-30 tank, about to be introduced into service at the time. By the early ‘70s, the inferiority of the AMX-30 compared to more modern Soviet T-series MBTs had become obvious. As a result, work on developing a replacement officially began, with first specifications being drawn up by 1977.

In 1980, France and Germany began a joint development of a new MBT. However, similarly to the previous Europanzer development decades ago, the joint effort quickly came to an end shortly afterwards due to various disagreements, with France continuing work on its own.

The new MBT was intended to offer cutting-edge performance by making use of the latest equipment available. However, as the per unit price was projected to be substantial, France sought partnership with another state to reduce these costs. Eventually, a partnership was established with the UAE, who would be the second and only other primary operator of the new tank, other than France itself.

Thus, in 1986 the tank received its name “Leclerc”, with six initial prototypes being produced. Mass production subsequently started in 1990 and went on until 2007. During production, the Leclerc was built in various batches and series, each introducing various tweaks and changes to the design, while some also incorporated major upgrades.

The Leclerc saw service as part of a number of UN peacekeeping missions, primarily in Kosovo and Lebanon, with reported favorable performance. Most recently, the UAE deployed a number of its Leclercs to Yemen, with some vehicles getting damaged. As of the end of production in 2007, a total of around 860 Leclercs were built for both French and UAE forces combined. 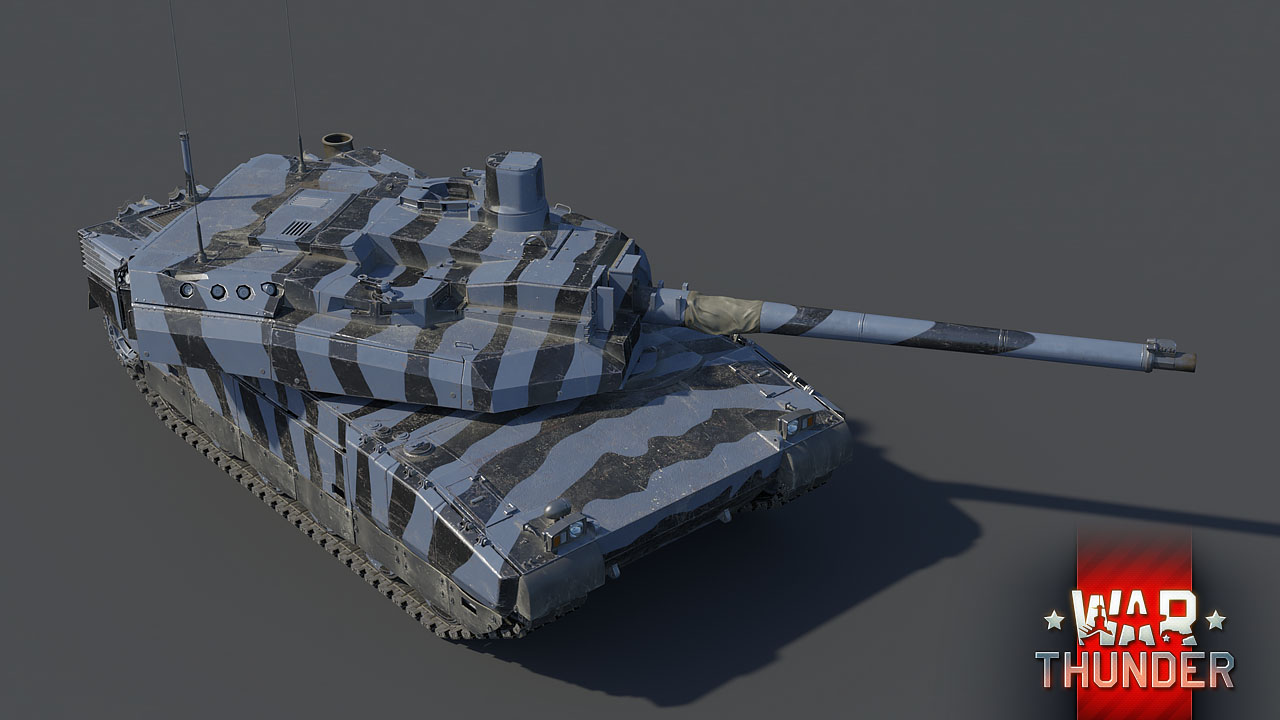 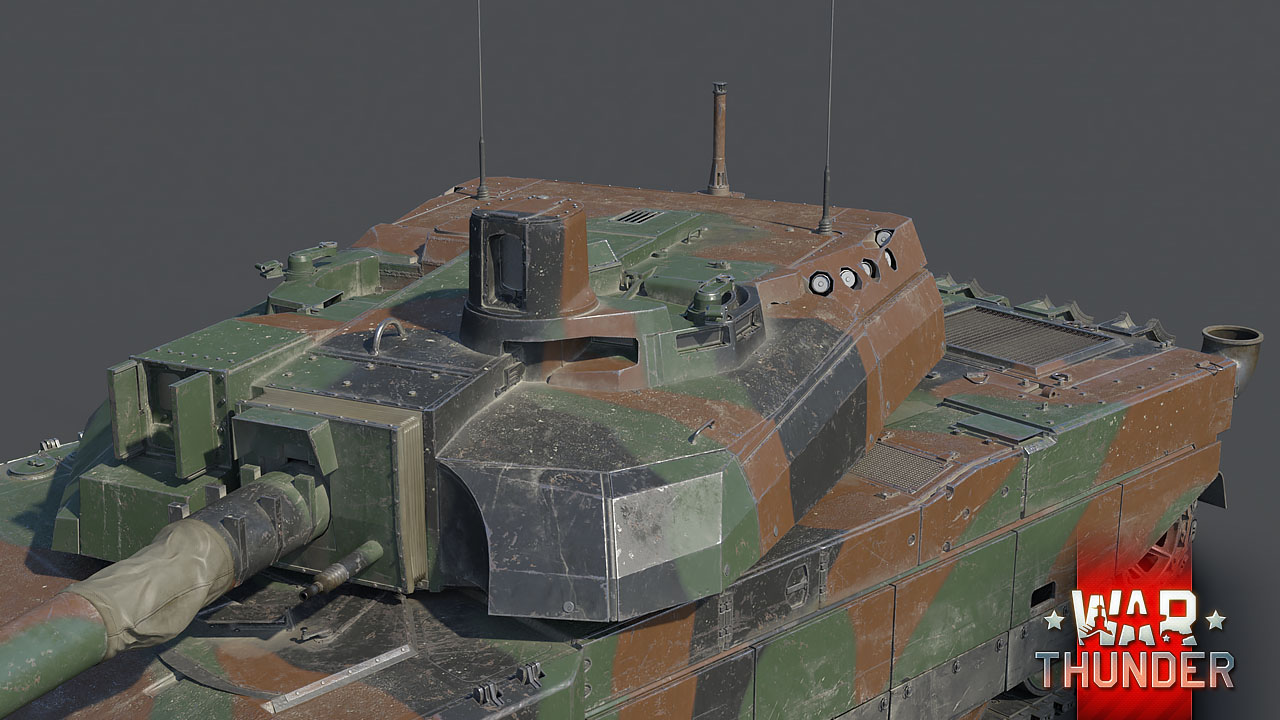 In War Thunder, the long-awaited Leclerc MBT will appear at the top rank of the French ground forces tree in its early production version with the release of the upcoming update 1.89. Tankers and connoisseurs of French ground vehicles may finally look forward to commanding one of the most requested additions to War Thunder ground forces in recent times!

Despite being a western MBT, the Leclerc’s design features several unique aspects which differentiate it from other standard MBTs of other NATO nations. For starters, despite the Leclerc using a 120mm cannon as its main means of dealing with enemies, the cannon itself is not actually the widespread Rheinmetall L/44, but a purpose-designed GIAT L/52 gun. The longer gun not only shoots projectiles at higher velocities, but coupled with the autoloader found on the Leclerc, can also shoot at a blazingly fast rate of fire of 10 rounds/min!

The autoloading mechanism replaced the human loader, thus reducing the crew count to three. At the same time, the weight of the vehicle was kept relatively low, at 54.6 tons, compared to most other NATO MBTs of the time which sit around 60 tons. However, you’ll be mistaken for thinking that this negatively impacts Leclerc’s protection, quite the contrary in fact. By utilizing a specially developed composite solution, Leclerc offers 600 - 700mm of protection against kinetic and up to 1200mm against chemical rounds at its strongest points.

Naturally, the Leclerc S1 won’t be a slacker on the battlefield either. Powered by a 1,500 horsepower engine, giving the vehicle a very good power to weight ratio of 27 hp/t, the Leclerc S1 is able to achieve a top speed of 71 km/h on paved roads as well as an equally impressive 38 km/h in reverse.

Overall, the Leclerc S1 offers its aspiring commanders excellent firepower combined with mobility that most tankers have gotten used to and come to expect from top performing MBTs. Furthermore, the very good protection found on the Leclerc will allow tankers to more confidently engage in combat, despite having one fewer crew member on board than most other western MBTs.

The highly anticipated Leclerc S1 is making its way to War Thunder ground battles and will arrive to the game with the release of the upcoming update 1.89. Meanwhile, be sure to stay tuned to the news for more information regarding the latest update coming soon to War Thunder. See you in the field, commanders!

Commenting is no longer available for this news
Rules
TexieThunder
65

The rioting can finally stop

This community finds another tank they can riot about in one or two days.

They are already at it with the British tanks

There you go, Frenchies, your Leclerc

Lets hope its the last "modern" vehicle for this update....

jajay300, why, modern vehicles are the best, i honestly like the fast-paced gameplay more than those slow, unnacurate ww2 vehicles

More than compete, looks like a better chally 2. Better armour, better speed, same reload rate, and they will probably give it better rounds and have it sit at the same BR. More compression! Yay!

Symplicity, I do believe that those vehicles are sitting at that BR just so people is able to get games up until a lot of players are able to unlock them, which will happen sooner thx to the economy changes.

As if the AMX-40 was uncompetitive.