The Emden light cruiser was the first large military ship built in Germany after World War I. Currently, she is the most powerful German vessel in the War Thunder closed beta fleet test.

In short: this is the top German ship as of the start of the closed beta test. With her belt armour, massive crew, as well as powerful and numerous weaponry, this is a very survivable and extremely dangerous ship to her enemies!

After losing in the First World War and signing the Treaty of Versailles, Germany faced severe restrictions in terms of its military power and the creation of new weapons. As a result, for example, Germany was forbidden from building new cruisers until the service life of those remaining after the war had reached 20 years. However, even in those cases, Germany was not allowed to go beyond strictly defined technical specs when designing a future ship. In 1921, construction of a new light cruiser began in the Wilhelmshaven naval shipyard. The ship was meant to replace the Niobe cruiser, which had been built way back in 1899. After several delays, the cruiser was launched in January 1925 and solemnly named “Emden.” The ship inherited the name from a well-known World War I cruiser that had been sunk in the Indian Ocean.

Due to the country’s dire economical state, the tactical technical specifications of the new ship ended up being way below those that Germany was allowed to implement in the project. In essence, Emden was obsolete from the construction stage. However, this light cruiser ended up becoming the most upgradable ship of the German fleet. During the 1926-1945 period, extensive work was performed on the cruiser: the coal-fired boilers were replaced with oil-fired ones, new 533 mm torpedo tubes were fitted onto ship, the anti-air armament was significantly improved, the obsolete 150 mm armament of the kaiser era were substituted with more powerful alternatives, and the radar system became subject to numerous upgrades. The cruiser was involved in a lot of adventures during her service time before the start of the war – with eight long-distance cruises under her belt (pun intended), Emden had practically been in every corner of the world. During the Second World War, Emden was primarily used as a training ship and a military communications centre. In 1945, the Emden light cruiser was fatally damaged by a British air dropped bomb and subsequently sunk. 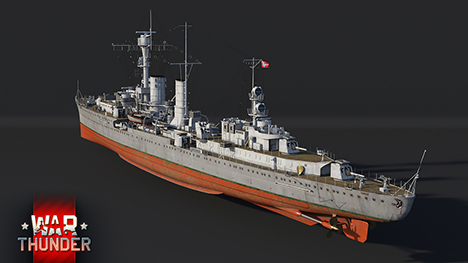 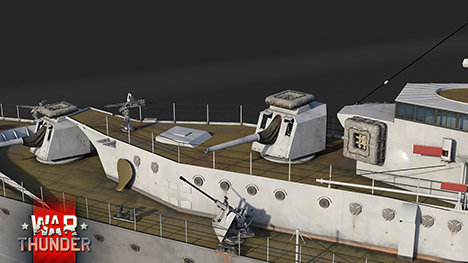 Fun fact: Karl Dönitz served as one of Emden’s captains. He eventually went on to become the commander of the submarine fleet and subsequently all of the Kriegsmarine.

In War Thunder, we present the 1944 version of Emden. The German light cruiser is the most powerful Kriegsmarine ship in War Thunder as of the start of the closed beta naval fleet test. 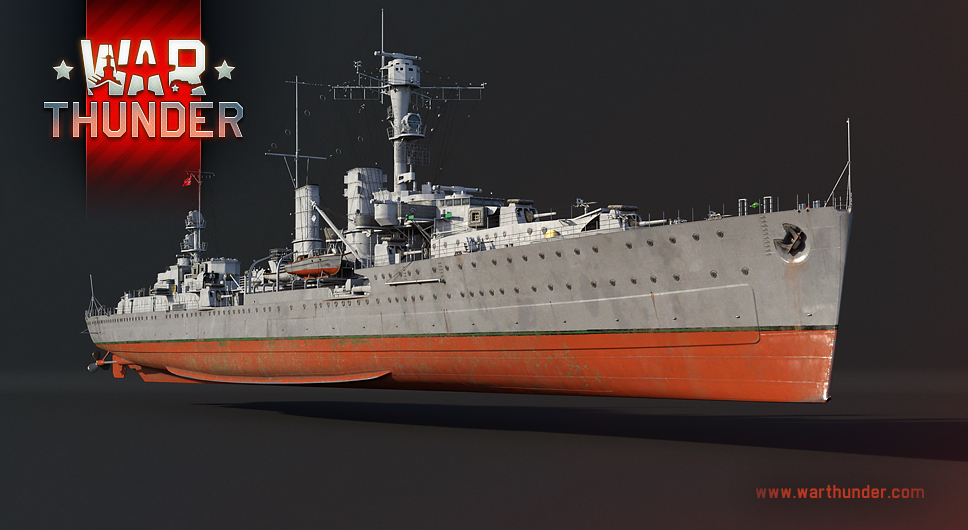 All the design upgrades have already been implemented for this build, making Emden a true force to be reckoned with on the battlefield. The light cruiser’s belt armour is 50 mm thick. The ship’s decks and armament are protected by armour as well. Emden’s crew consists of 464 members, and this floating fortress can reach a speed of up to 29 knots (53 km/h). 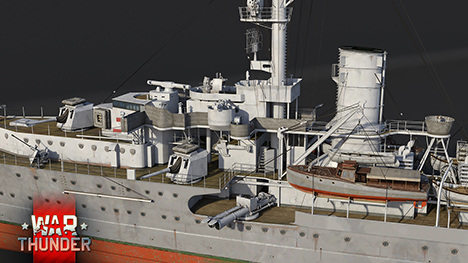 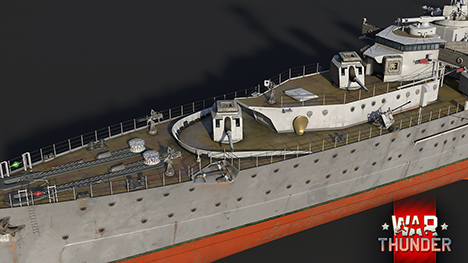 The eight 150 mm primary guns and three 105 mm anti-air guns can quickly destroy any large naval target in the game from a considerable distance. The anti-air armament comprises over twenty 20mm and 40mm guns and serves as an excellent means of defense against attacks from the air. Of course, it can also be used to directly fire at enemy boats and small ships close quarters, creating a veritable rain of fire. In addition to all this, Emden is fitted with two twin torpedo tubes designed for launching German 533 mm torpedoes. Armoured, survivable, and extremely dangerous, the Emden light cruiser will become a major military force in War Thunder naval battles!

The participants of the War Thunder closed beta naval fleet test will very soon be able to take the wheel of this exciting and powerful warship. Join in – naval battles await their commanders!

This is honestly, a beautiful vessel. I'm not a German navy lover, but this is a highly functional looking beastie.

I can find love for all kinds of ship designs. German ships usually have a very nice sense of simplicity, innovation and functionality. And it is nice that you decided to take the step and include cruisers. Makes me hope you guys will get subs into the game, as well. If the Aprils fools test was not that successful or conclusive, feel free to do another one and test other aspects of submarine warfare :D.

The old SMS Emden, really looked like a piece of art, but this one... looks just like any other piece of German steel...

What about Prinz Eugen?

There's the power creep supporter. The Prinz Eugen is way more powerful than anything we have even tested. Let's actually test these cruisers and polish them BEFORE we get to ships like the Prinz Eugen. Let's not break the game, shall we?

1.79 is turning out to be an awesome patch. Between the 2A4, 110's and release of ships. I'm stoked. thanks again for the 50% off the Destroyers for us testers. I bought both the day they where announced.

By the way, is the Naval closed beta going to be free for everyone or only people that bought naval packs?

Quaantumm, "closed beta" i think it will only be available for people that bought naval packs

it'S funny to see that ship carry a ship that is as big as the shit that ship will fight.