In short: this prototype was based on developments in the MBT-70 project, sporting spaced armour, a 152mm cannon combined with launcher capabilities, firepower of both conventional and ATGM munitions, and an slightly less powerful engine.

After the unsuccessful joint MBT-70 project, the American Congress approved funding for the development of a cheaper version of the MBT-70, called the XM803. Although it failed to save the concept of the MBT-70, fans of US ground vehicles can look forward to the introduction of the XM803 to the game with War Thunder’s upcoming update 1.79!

Once it became apparent that the MBT-70 project was doomed to fail in the early ‘70s due to high costs and reliability issues, the U.S. Congress decided to cut their losses on the project by cancelling the MBT-70, and instead, diverted funding to the development of a new project called XM803.

The XM803 was, in essence, envisioned to be a “budget version” of the MBT-70. Although the new vehicle would heavily be based on the MBT-70, inheriting many of its design solutions, it would also try to drastically reduce production costs by using more conventional and only American-made parts. Although this meant that the XM803 had to give up some of its high-tech equipment in favor of lower production costs, it was projected that the influence of these changes on the XM803’s combat performance would be minimal.

Despite showing favorable performance and being seen as a promising design by the Army, the XM803 still remained a comparably expensive tank to produce even with the applied changes over the MBT-70. Moreover, neither the MBT-70 nor the XM803 seemed to offer any substantial increase in combat performance over the already in service M60 Patton to justify the high production cost. This ultimately led to the Congress cancelling work on the XM803 only a short while after the cancellation of the MBT-70. In the late 1970s, some funding of the two failed projects would later on find its way to support the development of an entirely new, but this time around, more conventional tank project. That tank of course being the legendary M1 Abrams itself. 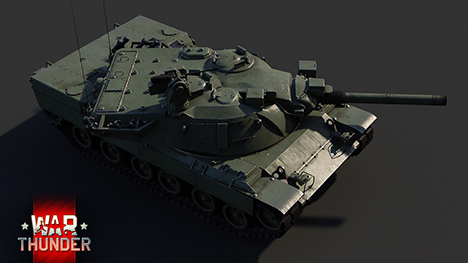 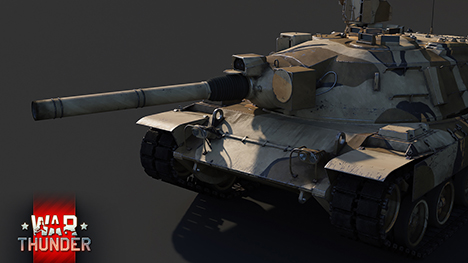 In War Thunder, the XM803 will make its way to the game as part of the upcoming update 1.79 as a brand new researchable MBT, available to all tankers at the sixth rank of the American ground forces tree. By inheriting many characteristics of his predecessor, players who have already unlocked and played the MBT-70 will unlikely find new surprises with the XM803. Nonetheless, that doesn’t mean that the XM803 doesn’t have its own set of unique attributes that differentiate it from the MBT-70.

Interestingly: The main reason for the closure of the MBT-70 project was its incredibly high cost, with one vehicle costing the the equivalent of about 7 million USD with modern conversion rates. The XM803 wasn’t able to save much in terms of budget - production costs were only about $100,000 less.

As the general layout and design was mostly derived from the previous MBT-70, players can expect comparable protection and mobility levels from the XM803. However, although both the XM803 and the MBT-70 use the same engine, the former had its power output reduced by 100 horsepower, resulting in a total power output of 1250 hp. As a result of this, future commanders of the XM803 can still expect to reach top speeds of around 40 mph (64 km/h), but the time it will take to reach that top speed will be slightly slower than that of the MBT-70. 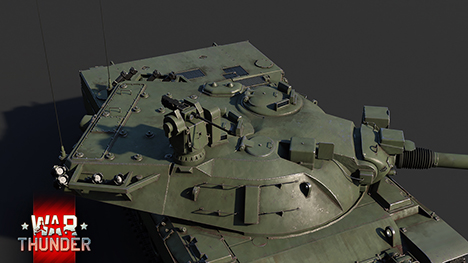 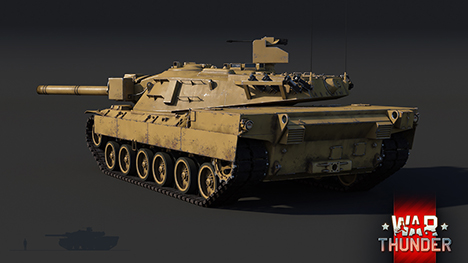 In terms of firepower, the XM803 still retains the XM150 gun/launcher system as found on the MBT-70, firing identical ammunition choices. However, if you consider yourself a fan of the MBT-70’s roof-mounted 20mm cannon, then we’re afraid there’s some bad news ahead. As an additional measure to reduce the MBT-70’s complexity and production cost, engineers decided to remove the retractable 20mm roof-mounted cannon and replaced it with a simpler remote controlled .50 caliber turret above the commander’s cupola on the XM803.

Be sure to take control of the final iteration of the MBT-70 design coming to War Thunder as part of the upcoming update 1.79. Until then, stay tuned to the news for the latest information on War Thunder’s next major update. At ease, tankers!

Commenting is no longer available for this news
Rules
IoanniFromGreece
48

Devblog season isn't finished! We got something for the Russians and the Germans, devblog should arrive soon / pretty soon.

We had a good look round the WT HQ and sadly can't find it. We found a Gaijilla plushie, a chocolate golden eagle, some more sekrit documents, a few Tiger H1 headlights and Stuka D-5 divebrakes and also BVV's book of bias. But if we find a Leopard 2 somewhere , we will be sure to get right on a Dev blog for you :)

Smin1080p, maybe some accurate DM13 shells with 470mm pen too? there was a fantastic bug report for them in march, maybe you could finally have a look at them

Be patient, devblogs are not finished.

Please give Germany some love gaijin

Germany will get some love :)

Germany will get some love as my Russian boot On it's face I hope they don't add another op Leopard 2K 8.7 disgusting

why not adding lower rank vehicles. the french need a lot of work. do not tell me you never hear of the D1 or D2. both better armed than the H-35 and have a better mobility. the low rank need some love too.

We do have some lower rank machines this update. Almost every tier gets some love.

Smin1080p, you got to admit, the modern tank have a lot of love while the low rank are not much improved. have you check how painful is the french rank 1 when you got the FMC.36 or the H-35 without the buff of the arcade? those thing are absolutely useless. even if they was historically important, they aren't fit for the game right now. the armor is far from making a difference for the lack of firepower and mobility.

i would even go up to consider a whole new rank before rank 1 to re-balance the game-play with the Japanese and the French rank 1 in comparison to the rest of the rank 1. https://forum.warthunder.com/index.php?/topic/412299-rank-0-grounds-forces-for-every-nation/&

Maybe you left it in a museum in America somewhere :o

Smin1080p, There's one at the Smithsonian's USMC museum in Quantico, VA. I worked on that project. The Hull was actually in Fallujah.

Asgar1205, i have to agree to Asgar, a M1A1 is absolutly not necessary atm just give the M1 the best APFSDS shell the 105mm could use instead of a unbalanced tank like the M1A1

Yay, a more sluggish MBT-70 with a worse secondary. Amazing. The only reason this exists is to act as a roadblock on the way to the Abrams. Unless it gets put in a folder with the MBT-70 it's pretty clear that it only exists to lengthen the grind.

That's a good thing, it prevents mass spam of Abrams (or more of it) and actually gives a stronger load out for America, be grateful, Japan has nothing like this...

I like it. It's baby-steps towards the top and shows the engineering developments and re-thinking of matters that go into designing the Main Battle Tank for any nation. The What-If here is "what if this was it." What if, somewhere, things got hot and these experiments had been rushed into production. Can you say M6E1 all over again? Sure, I knew you could. Historical war gaming teaches many things, and inspires further study outside the game among our community.