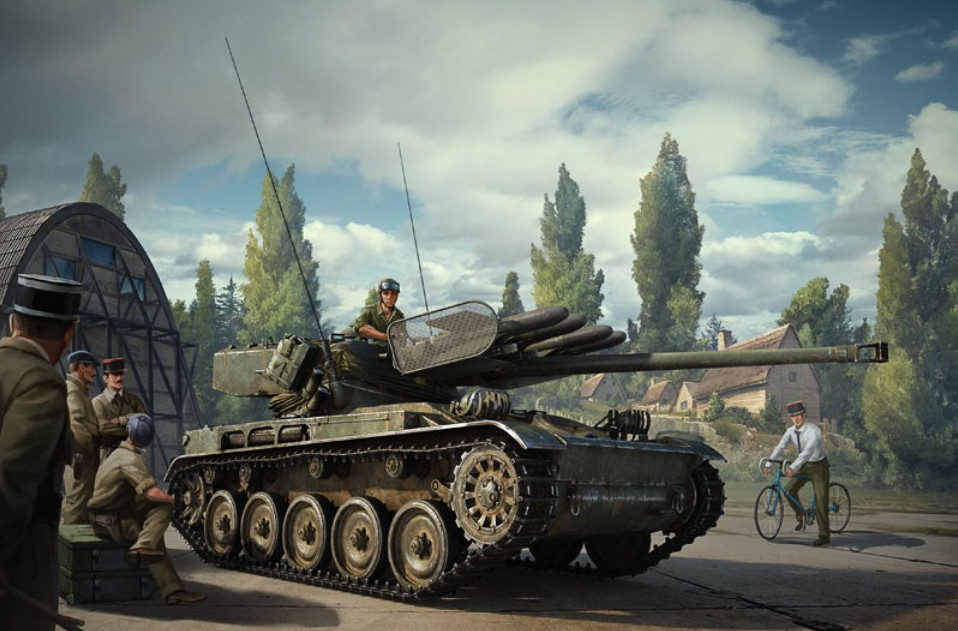 In War Thunder update 1.77 “Advancing Storm”, we present a new system for loading ammo in tanks during battle.

More and more tanks and SPGs with an automatic loading and mechanized ammo racks are coming to War Thunder. Previously, any reloading was based on the following principle: the player could fire all shells from a magazine with little interval between shots, after which they had to wait quite a long time waiting for the magazine to fully reload to be able to fire again. This logic does not reflect the real operating principles of automatic loaders and mechanized ammo racks, so we’ve decided to update this aspect of the game.

First-order ammo rack replenishment from other racks is shown as a special (picture on the right) on screen indicator . You can follow the reloading process and number of rounds whilst in battle - just press the “x-ray mode” key (“o” by default). Remember that ammo rack allocation is individual to each vehicle and may depend on the location and layout of the loading mechanism and crew. 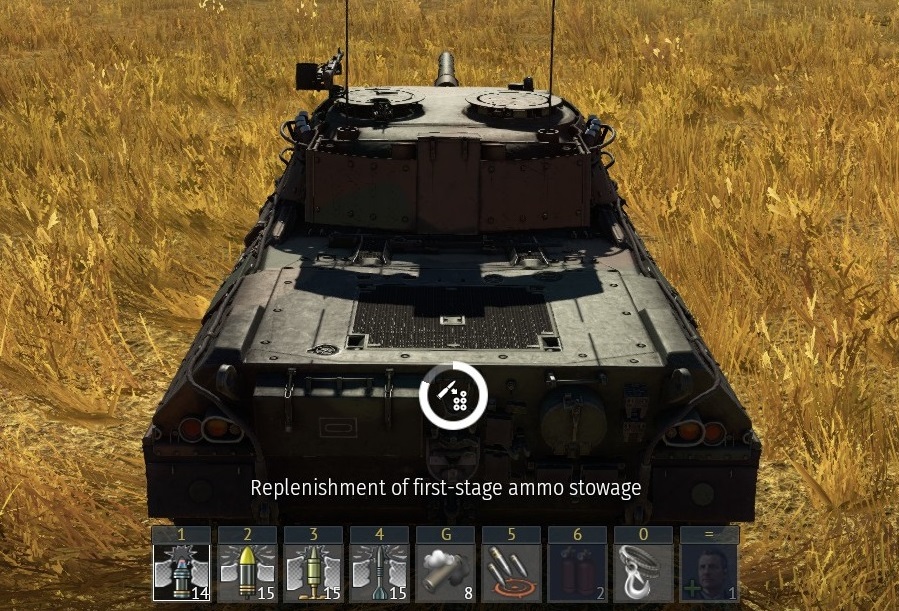 The first vehicles that will receive first-order ammo rack functionality are:

These changes make any operation of automatic loaders and mechanized first-order ammo racks more logical, and tank commanders will have new options for battle tactics based on the reloading features of their vehicle and the enemy vehicles.

On some vehicles (basically vehicles of rank 5 and 6 in the game) there are no special recesses for convenient storage and subsequent shifting of shells (move the shell from one recess to another) other than to juggle the ammunition in the crew area which would be impractical . For such vehicles, charging ammunition location will not be possible.

If you take a shot of Tequila every time the article says "first-order ammo rack", you probably won't make it through the entire article.

You have something against First Order, you Rebel scum?! Just wait till I replenish my ammo rack!

Stona_WT, He is angry bcos Luke is dead and Leia transformed to Mary Poppins

That's 19 shots. I'd be absolutely DEAD before the end.

Is it possible to make the "reloading" icon smaller and move it down, next to the ammo icon?

It's default icon, same as any other (repair etc) you have in game. You can scale UI in options.

Stona_WT, yes but those appear only when you are ina zone or start a repair this appears basically everytime you stop firing and is annoying, i don't want to scale down the whole UI just so i don't need to watch this, which could easily be moved to the side or somehting

I still don't see any development within the functions of the autoloader. Why do we not see damage on the autoloader? You can kill a loader but not an autoloader. This has plagued war thunder since the introduction of the french nation which literally has only paper tanks with autoloaders and contributed nothing to the war. Take a look at the Surbias, an autoloading M103. But besides that point, the power creep has been significantly increasing toward autoloading tanks because of no damage mo...

Not a single one of the French tanks we have in game are paper tanks. They were all built as at least prototypes and some in quite large numbers. The Auto loaders can be damaged as they count as part of the cannon breach. And no they contributed nothing to WW2 because they were built AFTER the war. Vehicles like the AMX-13 however, played its part in many conflicts around the world throughout the cold war and many are still in service to this day. They also have 2 significant drawbacks:

ManyMilesAway, *3 actually, The First of which is that in order to properly balance the turret and ensure smooth movement of the parts, you cant armor them well. Even if you look at the Surbias at 7.7--the top dog of autoloaders--it still only has 90mm of armor on the turret. The second of which is the elevation and depression angles. The Oscillating turret design limits depression and elevation angles to a very limited degree. The best depression you get is 8 degrees which is workable at best.

Stona_WT answer my question why russian T64b is getting best apfsds shell and abrams is getting shitty apfsds even leo or chally ...why always russians get best armor and best shells this is bullshit if you continue like this it wont get you more players even im tired of watching russian bias almost immortal

I know you're not going to believe this, but the West actually didn't prioritize tanks as much as the soviets did. The first M1 was designed to withstand the soviet 115mm gun... not the 125mm gun that was on the T-64. The ammunition used on the T-64B is actually older than the ammunition used on the M1 Abrams in the game. It's not Gaijins fault that the Soviets had better cold war tanks in general than the West.

OddballE8, Well i guess the T64B getting an extra 80 mm on the front plate is just Gaijins take on how much better Russian tanks were in the Cold War? lol..

It's dev server, things can still change and probably will, like they just now said the challanger is getting the L23A1 and other new shells.

so.... my reloading increases for no reason? time to abuse my auto loader before the update ruins them, have fun while you can folks!

Well right now autoloaders are stupidly overachieving, they're not modeled so can't get damaged, while loaders can, they also enable on average faster reloads than manually loaded tanks. This mechanic benefits manually loaded tanks because while before there was a fixed reload rate that was an average, now they can introduce the maximum loading time (faster than what we have in game) for first order ammo rack, and a much lengthier one for the rest of the racks.

Reload from your ready racks wont change much from what we have now. Also, auto loaders will probably remain unchanged.

Better Create RU server for all the klingons on EU ruining english speaking ppl games... and dont tell us there is RU server when 80% of klingons are on EU server !!!!!!!!!

You mean first for being shot on battlefield? :)

Stona_WT, Yep, that's me in the nutshell