Once it was clear that the US-German jointly developed MBT-70 project was doomed to fail, German engineers began working on a new MBT design that would incorporate some of the technologies developed for the MBT-70. The result of this undertaking was the development of the Leopard 2K, of which about a dozen different prototypes were produced. And one of these Leopard 2K versions arrives on the battlefield in the upcoming War Thunder update 1.77!

In the 1960s, Germany and the United States were jointly-developing the MBT-70, and Germany was contractually prevented from developing any new MBTs independently until the joint project with the US was completed.

But development problems plagued the MBT-70 project, and it appeared that the vehicle would not be finished within an acceptable time frame—so Germany found a way to bypass contractual limitations for the MBT-70 development.

Instead of ordering the development of a new tank, the German government issued an order to the Porsche company to research ways  to improve the Leopard I tank already in service with the German army. This enabled Germany to research a more advanced fighting vehicle without breaching the contract signed with the US.

Porsche’s first study of the Leopard I revealed a lot of room for improvement, and   second study focusing on upgrading the Leopard I to match the MBT-70’s firepower was launched almost immediately. This eventually resulted in the construction of two prototype vehicles—one in 1969 and one in 1970—nicknamed Keiler (tusker).

In the early 1970s, Germany was able to back out of the MBT-70 project due to spiraling development costs. Instead, they continued work on the development of the Keiler, which was renamed to Leopard 2.

To get the most out of their prototypes, German engineers equipped each one with different components to determine what worked best. Some Leopard 2 versions were equipped with a 105mm smoothbore cannon, whereas others were fitted with 120mm smoothbore cannons. Some prototypes received a hydraulic suspension while others didn’t, and there was even a version equipped with the 20mm anti-air mount on the turret (similar to the one found on the Kpz-70).

Sixteen out of seventeen Leopard 2 prototypes were built and tested, yielding many refinements to the Leopard 2 design. Subsequent models further increased the Leopard 2’s capabilities, with each variant making it more powerful—and ultimately into the Leopard 2 known today. 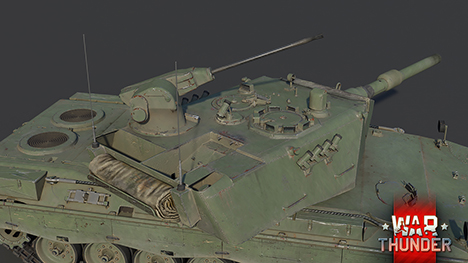 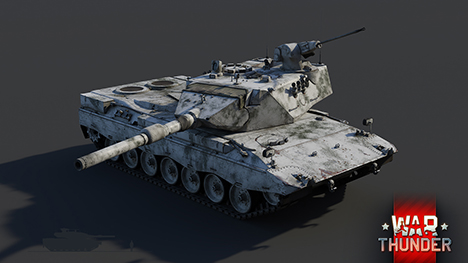 In War Thunder, the Leopard 2K expands the Leopard line in Rank VI of the German ground forces research tree.

Although the Leopard 2K was one of many prototypes, we picked the Leopard 2K armed with a 120mm smoothbore Rh120 L/44 cannon and a turret-mounted 20mm Rh202 cannon because we consider to be the most interesting (and fun!) for War Thunder players.

The Leopard 2K builds on the familiar Leopard formula but goes one step further. One of its standout features is its 120mm smoothbore cannon, which can pierce  even the thickest armour found in War Thunder with relative ease. Deadly weaponry backed by a powerful 1,500 horsepower engine (with a top speed of 70 km/h) is a classic Leopard formula.

Although Rank VI vehicles in War Thunder are best known for their advanced armour protection (such as ERA and composite armour), the Leopard 2K relies on a complex combination of multilayered, highly sloped, and relatively thin steel armour plating. This gives the Leopard 2K comparable armour protection to other Rank VI vehicles but with reduced weight. A fully-loaded Leopard 2K weighs about 50 tonnes, making it slightly lighter than the MBT-70.

Even if the Leopard 2k’s armor makes you feel a little less protected, its mobility definitely makes up the difference. Enemies can’t hit what they can’t see, and the Leopard 2K’s speed and mobility make it a virtual ghost on the battlefield. By the time you see it and hear the thunder of its 120mm cannon, you’re probably already dead.

The Leopard 2K joins the top ranks of the German ground forces tree in the upcoming War Thunder update 1.77.

Excited? Hoping for something else in the next update? Let us know in the comments below. Until next time!

Commenting is no longer available for this news
Rules
Serpiko82
69

Anime was a mistake

With a repair cost of 12k sl and a veery long grind for parts. But yeah, I want to see it too :D

You better flesh out the other trees aswell before giving most of the attention to Germany and Russia again. Japan still only has mostly one usable tank at most BRs. The rather new french tree is more complete than the Japanese one.

Oh, don't be so selfish. Share with us all that blueprints and manuals of Japanese vehicles you have in your desk, so we can speed up the process of re-creating Japanese machines.

Stona_WT, Hmmm but i thought you have your own historian for Japanese tanks, Mai Waffenträger 🤔?

Instead of adding modern tanks to all lines, why not add Italian tanks, more Japanese tanks, more French tanks, more British planes and the Swedish tanks.

AmandaTheTanker, Mostly they should fix the BR system, but knowing them they probably won't do that. Instead it's overcompression and shitty MM for certain BRs. In the end they'll just use the cash cow nations Germany and Russia to make them Shekels.

will japan get new tier 6 mbt this update?

From what I understood, Gaijin is having trouble in finding Tier 6 MBT's for Japan, but there is some comment about a "STC Proto" for Tier 6. (I have no idea of what this Vehicle is/was)

LuizBarros99, Here’s a link to some info of the STC PROTO. https://www.reddit.com/r/Warthunder/comments/7k80oe/_/drc7rxc

they need to finish and buff the rest of jap ground before they even think of adding tier 6.

Sadly they don't care about japan :(

Japan doesn't need a new tier 6 tank, the Type 74 is already good enough but only with APFSDS. I think having APFSDS stock for the Type 74 would make it competitive because grinding approximately 230,000 rp to make a tank competitive is unacceptable.