The M.B.5 was the last prototype in a series of high-performance aircraft built by the Martin-Baker company in the mid 1940s. Despite achieving incredible performance, the M.B.5 arrived when piston engine aircraft were being increasingly replaced by jet fighters. Because of this, the M.B.5 never left the prototype stage—until now!

Founded in the 1930s, Martin-Baker was focused on designing all-metal, high-performance aircraft with the most advanced technology available—and then arming them to the teeth with as many weapons as possible.

By the early 1940s, Martin-Baker’s powerful MB-3 prototype—the M.B.5’s predecessor—took to the skies for the first time. It achieved good speed (668 km/h) and aerial agility while carrying an unprecedented primary armament of six 20mm cannons.

In September 1942, James Martin, the lead engineer and founder of Martin-Baker, continued developing the MB-3. But fighter requirements changed in 1943 and he abandoned the MB-3 design to work on the M.B.5. Although borrowing characteristics from the MB-3, the M.B.5 ended up being a completely different aircraft.

The M.B.5 prototype was finished in 1944 and conducted its maiden flight on 23 May 1944. After resolving some minor stability issues and more than 80 hours of test flights, the M.B.5 was finally submitted for official, final testing in 1946.

During testing the M.B.5 achieved a top speed of 740 km/h and received high praise from test pilots for its superb cockpit layout. Maintenance crews also liked the M.B.5 for its ease of maintenance.

But because the Second World War had ended and the British RAF had begun replacing its piston engine aircraft with jet fighters. As a result, the RAF wasn’t interested in the M.B.5 and the project was eventually shut down. Attempts to sell the M.B.5 abroad also failed.

Bad market timing and newer jet technology ultimately stopped the M.B.5 from ever leaving the prototype stage. In addition, Martin-Baker eventually stopped designing aircraft altogether, and instead developed and manufactured aircraft ejection seats. This ultimately worked out very well for them, and today, Martin-Baker is one of the biggest brands in the field of ejection seat development—an achievement that often overshadows their aircraft manufacturing history. 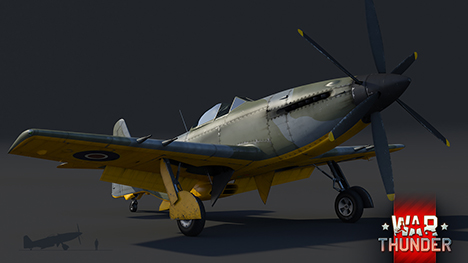 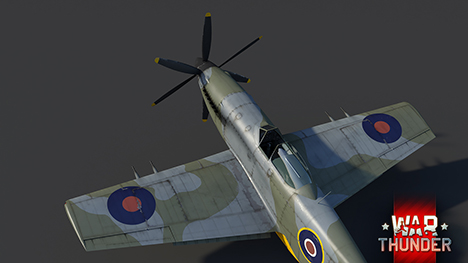 Are you tired of standard training engagements over Guam in your Griffon Spitfire ? Ever wanted to fly the P-51H but ignored the US research tree because you love British planes? The British M.B.5 is for you. It offers fans of British aviation a thrilling taste of flying a so-called “superprop”—and one that isn’t yet another Spitfire. 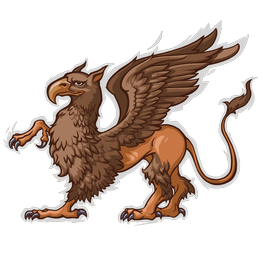 The highlight of the M.B.5 is its 2,340 horsepower V-12 Griffon 83 engine. Being a monster of a piston engine, it allows the M.B.5 to achieve a top speed of 460 mph (740 km/h) at medium-to-high altitudes. In addition, the M.B.5 possesses a significant climb rate without sacrificing much maneuverability.

The M.B.5’s four 20mm wing-mounted Mk.II Hispano cannons should feel familiar to British fighter pilots. If you are accustomed to the Mk.V Hispano cannons, note that you may need to spend more time targeting with the Mk.II’s to achieve a confirmed kill—but the Mk.II’s generous 800 rounds of ammunition should give you plenty of time to lock on to your target!

After countless hours honing your skills in the cockpits of Spitfires, Hurricanes, Tempests, and Mosquitos, you can finally add Britain’s most iconic and potent WW2 piston engine fighter aircraft to your list of mastered superprops. Take control of what the famous Cpt. Eric Brown considered to be “an outstanding aircraft” and dogfight with P-51H pilots for the title of ultimate superprop fighter!

In the meantime, tell us your best fighter pilot stories or which of the upcoming new vehicles you’re most excited for in the comments section!

Commenting is no longer available for this news
Rules
DerSnake54
38

CassiusDio, THOUSANDS OF PEOPLE WANT IT

If you plan on releasing more Bf 110 variants, make sure to name the title "Hold mein pretzel!"

Prototype thunder strikes again. Any chance for germany to get a non prototype tier 6 tank in this update? i'm not really a fan of prototype tanks like leo 2k.

What's wrong with prototypes that were actually flown and tested? (no offense and this is not directed to anyone personally) At the same time, it's the wehraboos who keep on begging Gaijin to add prototype German vehicles especially aircraft, and projects.

EpicBlitzkrieg87, Yeah. I know. They did it that one time to pad the german tech tree since it was empty. Give Gaijin some credit. if they add prototypes into a tech tree, they have reason. And they did back then. But wehraboos screw everything up. I even saw a request for the Ratte with a fake backstory about it being hidden in the arctic.

dude.. this game is beautiful because you're flying and driving stuff that never fought, see how would they did at that time. why are you so angry at prototype? if they don't implement prototypes we would have only a handful of vehicles in game. and it would be stale AF playing them.. stop complaining.

well what should it be then?

I think that the Yak just needs a higher BR.

Please Gajin since you clearly added in the Challanger 1 and leo 2k, can you for ONCE add a new tier 6 japanese tank?????

How can this be iconic if it never left the prototype stage?

" Britain’s most iconic and potent WW2 piston engine fighter aircraft" - I have no idea what this claim is based on. Mental as anything!