News
back to news
Development
6 September 2019

The CM11 is a mid 1980s main battle tank, developed as a hybrid design from already available individual components of existing US tanks. Coming as part of the upcoming update 1.91 “Night Vision”, the CM11 will soon await all seasoned tank commanders at the top ranks of the brand new Chinese research tree!

Briefly: A unique MBT, developed from components of several existing American tanks, which saw modernization during the ‘90s with the addition of ERA protection.

During the 1980s, armed forces in Taiwan were looking for more capable AFVs. However, as some existing agreements with the USA prevented the supply with more advanced US equipment, such as later versions of the M60 and the newer M1 Abrams tanks, military production was forced to develop an indigenous design.

While still retaining access to supplies of older US equipment and components, the decision was made to create a hybrid tank from the available components and outfit it with the latest electronics. As such, Taiwanese engineers took the hull and chassis of the M60A3 and combined it with the turret of the M48, while installing the M68A1 105mm cannon and the latest US fire control systems available.

The result of this undertaking was the CM11. In the late 1980s, two prototypes were sent to the US for comparative tests against the M60A3, where the CM11 outperformed its counterpart in gunnery trials. Shortly after these successful tests, the CM11 officially entered service in 1990.

However, as the protection was seen to be somewhat lacking, the decision was made to upgrade the CM11 with ERA packages obtained from GIAT in the early ‘90s. Due to substantial weight increases and associated upgrade costs however, this modernization effort was only applied to about a dozen vehicles. In total, 450 CM11s were built for the armed forces, still representing the spearhead of the country’s armored units today. 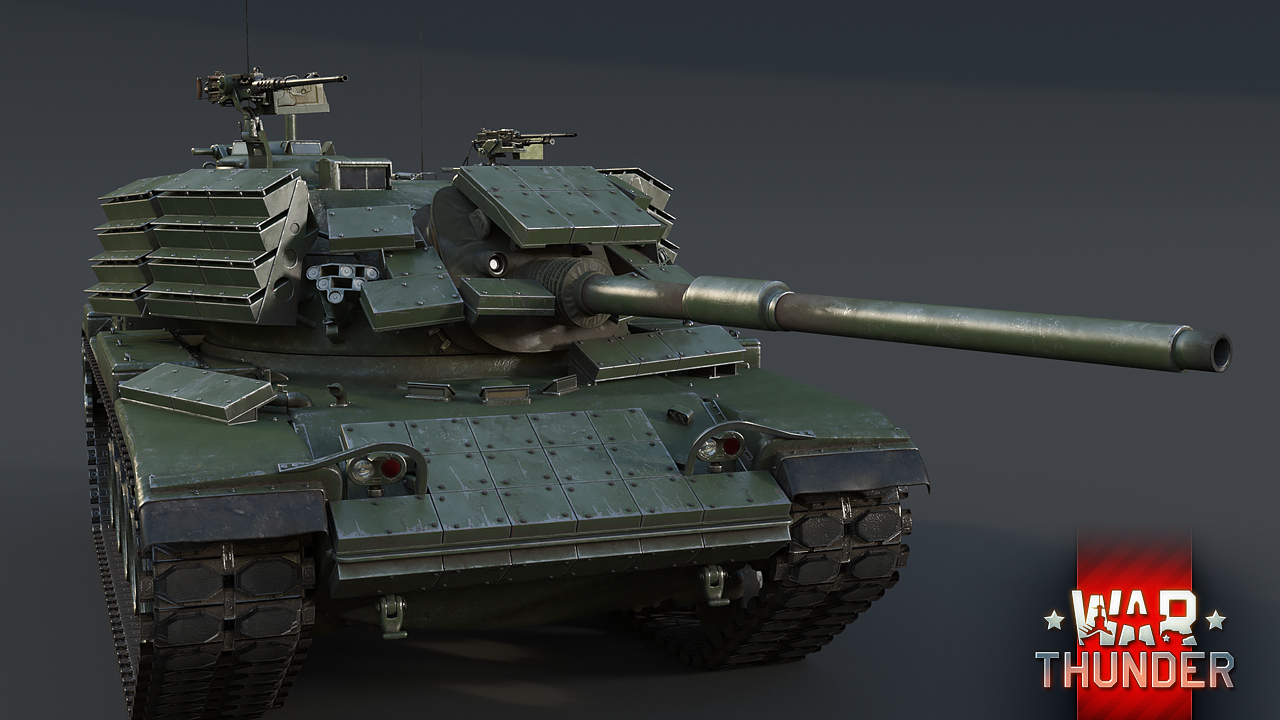 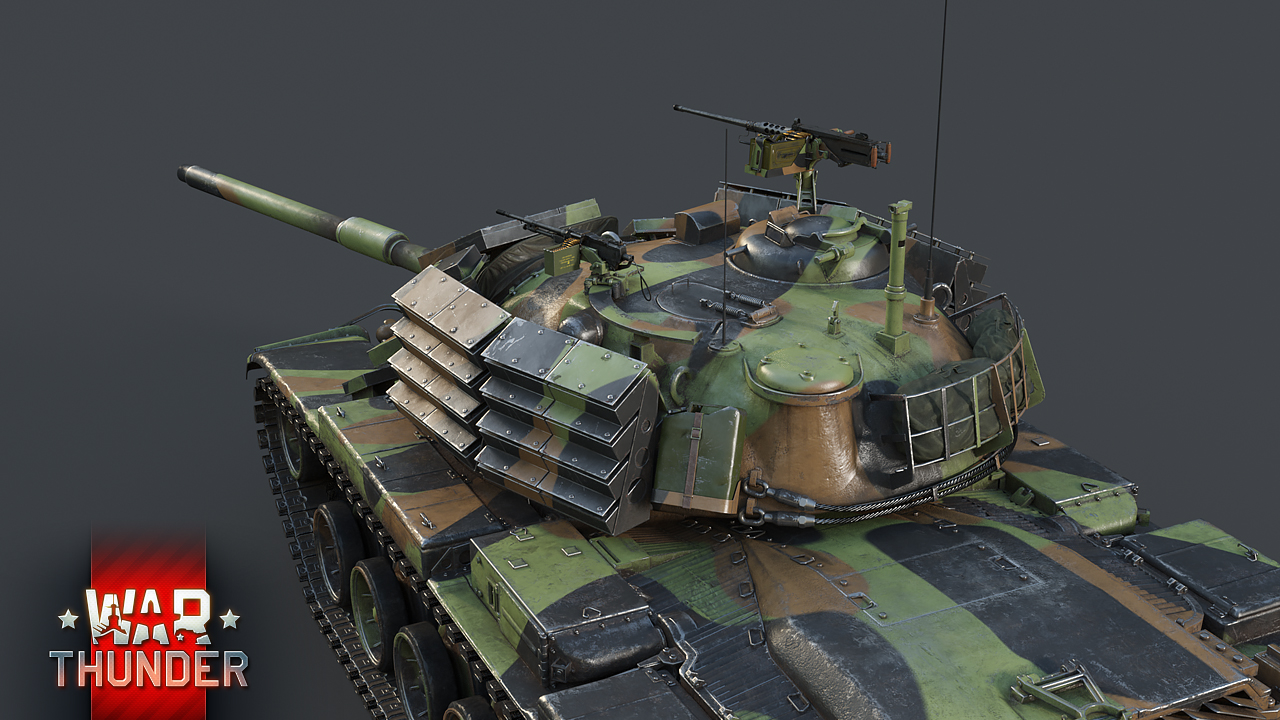 In War Thunder, the CM11 will be one of the vehicles available to players at the top ranks of upcoming Chinese research tree, coming to the game with the release of update 1.91. The CM11 combines familiar aspects of several well-known US tank designs, thus offering a completely different dynamic to what might appear as just a regular M48 or M60 tank at first glance.

Being in essence a hybrid of the M60A3’s hull and M48A1’s turret, the CM11 offers exactly the same levels of protection and mobility which seasoned US tankers in War Thunder have come to expect from these two vehicles, albeit with a little twist. This twist comes in the shape of ERA packages, mounted on the CM11’s turret and hull. Although the ERA will certainly help shield the vehicle from chemical munitions, it does increase the vehicle’s standard weight, thus reducing overall mobility as a result.

However, differences in protection and mobility are negligible when compared to the substantial improvements made to the vehicle’s firepower. As a result of being fitted with the same cannon (the 105mm M68A1) and fire control systems as the early versions of the M1 Abrams MBT, the CM11 offers its aspiring commanders with superb gun handling characteristics, only further complemented by a very high rate of fire. Furthermore, the CM11 also has access to DM63, the most powerful 105mm APFSDS round in the game so far, which will allow it to successfully defeat most opponents that it comes across on the battlefield!

Commenting is no longer available for this news
Rules
Napalmratte
3

Ugh, M60 hull and M48 turret with ERA and stronkest APFSDS round for 105 mm guns so far? Let me guess, BR 7.7 because power/featurecreep? Well, we'll see the truth on live server (probably) next week...

If you actually looked on the last dev server, it was a 9.0

No one cares what you do or think honestly Napalmratte, more than half the time your information is blatantly wrong and your opinions are horribly biased.

CrazyJow, 9.0, this thing is so dead already

105mm M426 (DM63) APFSDS-T cartridge Is not even in use anywhere else than in europe or IDF.... According IMI Systems!

Keijo_Kalmakoura, but the m1 has a round thats more deadly than what we see in game, the one in game is a complete joke and is an insult to the tank

A good car hopes China can capture it and put it in the museum in 20 years.：）

I hope the chinese people will starve and the nuclear power plants will have a few atomic explosions and Taiwan will be again the only true China as it is the only china that isnt abused by dirty peasants that killed their own parents :* :)

GXYZeppelin, Because there shouldn't be a PLA tech tree at all. All this is just gaijin's tencent overlords telling them what to do.

Not when it comes to authoritarian commie shills.

*maxmillian, You play on playstation 4 with are made in china which dont care about human rights... do you care about that? where is your morale? No you are just a whiner like most on this post.

Not like you haven't posted this on multiple people convo's here, your complaining harder than anyone else here about the people raising concerns. Because not like America even has the M60a3 and other nations are beating them at their own tanks because commie shills KEK

TheAzureDemon, I complain because i dont think it is ufair to keep criticizing Gaijin over all and nothing... They need your support, not hate... they try hard to make this game better each day.

"A unique MBT" - So not just a M60A3 with additional ERA blocks and better APFSDS round than the 10.0 BR Abrams? aka another #Gaijined choice? Gonna pass on this one thanks! )))

And it does perfectly fine with it.