The Supermarine Swift is a British jet fighter, developed in the early 1950s as a stopgap measure for the RAF’s lack of modern fighter aircraft at the time. In update 1.91, War Thunder pilots may look forward to the introduction of two modifications of the Swift, along with its final variant equipped with air-to-air missiles!

Briefly: An early 1950s jet fighter, developed to provide the RAF with an interim modern fighter aircraft, while more advanced designs were being worked on.

In the years following the end of WW2, Great Britain focused their efforts on rebuilding their nation from the devastation caused by the war as the British government didn’t consider a new war possible in the following ten years. Under these circumstances, developing new military technology wasn’t considered a priority in most cases.

As a result, Great Britain found itself lagging behind in military aviation at the start of the 1950s by the outbreak of the Korean War. This prompted the RAF to hastily look for a new fighter aircraft to put into service, even if it meant taking into consideration an interim design.

One of the designs that sparked the RAF’s interest was a new swept-wing aircraft developed by the Supermarine company - the Type 510. Being in essence just a modified Supermarine Attacker, development of this design continued, eventually maturing into the Type 541.

Soon, the Type 541 received the highest development priority and was hastily rushed through testing and into production as the Supermarine Swift. In fact, production was so rushed that it began before necessary design changes could even be applied from the results of the test flights conducted with the Type 541 prototypes.

Nonetheless, the Supermarine Swift F.1 entered service with the RAF in February 1954, followed shortly afterwards by the F.2 variant. However, many of the aircraft’s teething problems weren’t resolved as a result of being rushed into production. This resulted in a number of accidents happening early on involving the Swift , leading to the aircraft being grounded for a time.

Newer modifications were developed, which addressed most of the known issues. However, it was a case of too little too late for the Swift, as it quickly became replaced by the Hawker Hunter. In the end, just under 200 Supermarine Swifts were produced out of the close to 500 planned aircraft. The Swift was phased out of active service relatively quickly after its introduction, with the last fighter models being withdrawn by the RAF in the mid to late 1950s. 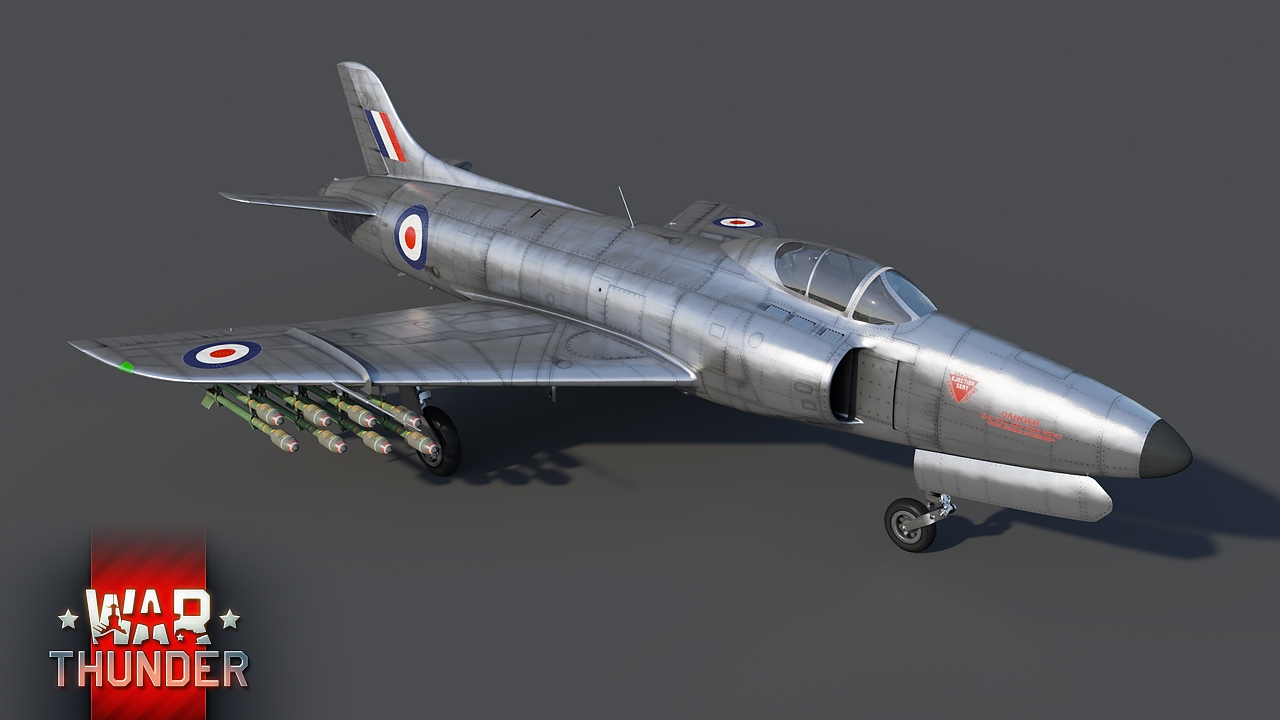 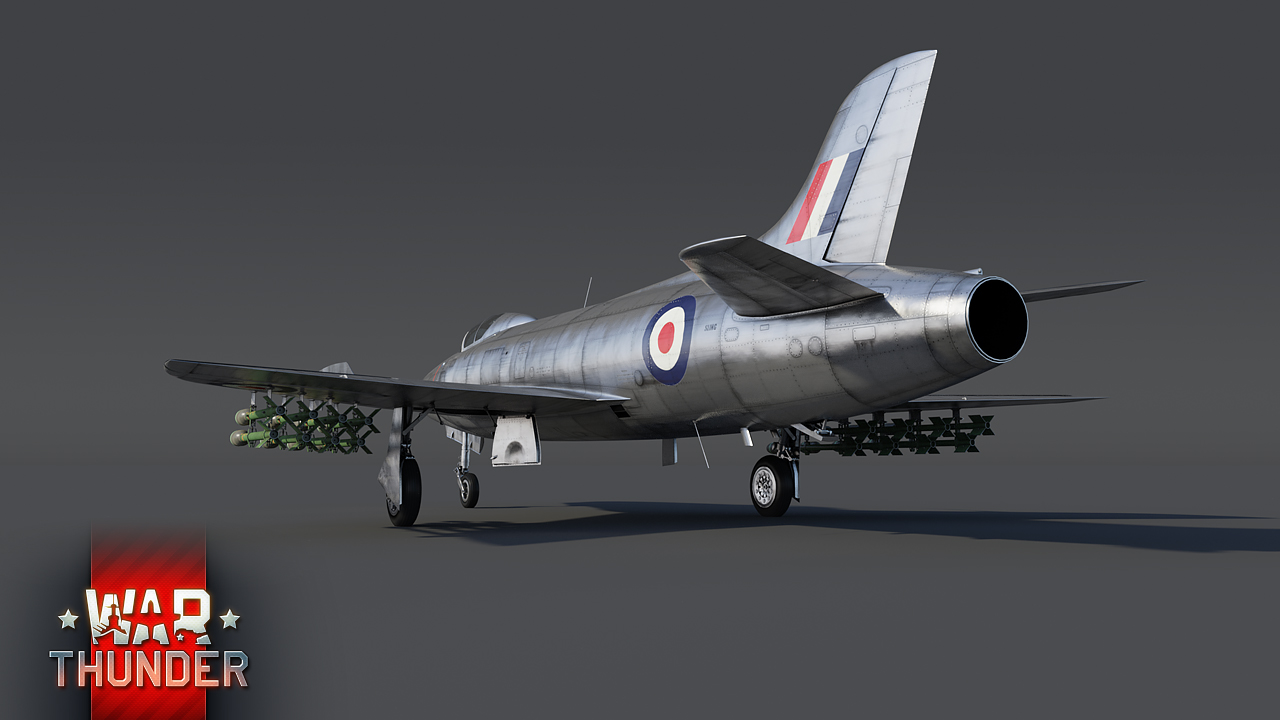 In the upcoming update 1.91, we’re planning to introduce the Supermarine Swift into the game, which we’re sure will excite many War Thunder pilots and fans of British aviation. On top of that, the Supermarine Swift will make its debut in War Thunder with two variants, the F.1 and F.7, both of which will become available to all players with the release of the next major update.

The Swift F.1 represents the first production model of the fighter version of the aircraft to enter service with the RAF. It brought with it many innovations typical for the new jet age, such as the swept wing design. Additionally, it was powered by the Rolls-Royce Avon 105 turbojet engine, an early military version of the famous Rolls-Royce jet engine.

Thanks to the powerful 105 Avon engine, which produces close to 29 kN of thrust, the Swift F.1 is able to achieve a top speed of 689 mph (1108 km/h) at sea level. In addition to good flight characteristics, the Swift F.1 also packs quite a punch in terms of firepower. Being armed with two 30mm ADEN cannons as well as a plethora of secondary armament options, the Swift F.1 is as good of a pick for air as it is for combined battles.

Fun Fact: For a very brief period of time, the Supermarine Swift held the record for achieving the highest absolute top speed of 1187 km/h. This record was beaten by the American F4D Skyray only a week later.

Contrary to the F.1, the Swift F.7 was the last modification of the aircraft to ever be constructed, though it never saw active service with the RAF. The Swift F.7 incorporated several changes from previous variants, such as the use of a more powerful Avon 116 engine, which featured an afterburner. Thanks to the afterburner, the top speed of the Swift was raised to 691 mph (1112 km/h) at sea level.

More importantly however, the Swift F.7 could be fitted with a pair of Fairey Fireflash air-to-air missiles, the first AAMs developed by Great Britain in the 1950s! The Fireflash missiles will greatly increase the Swift’s firepower and will allow it to engage targets at a much greater range. However, as many of the early AAMs, Fireflash missiles too are limited in their effectiveness and can easily be avoided by skilled and vigilant opponents. 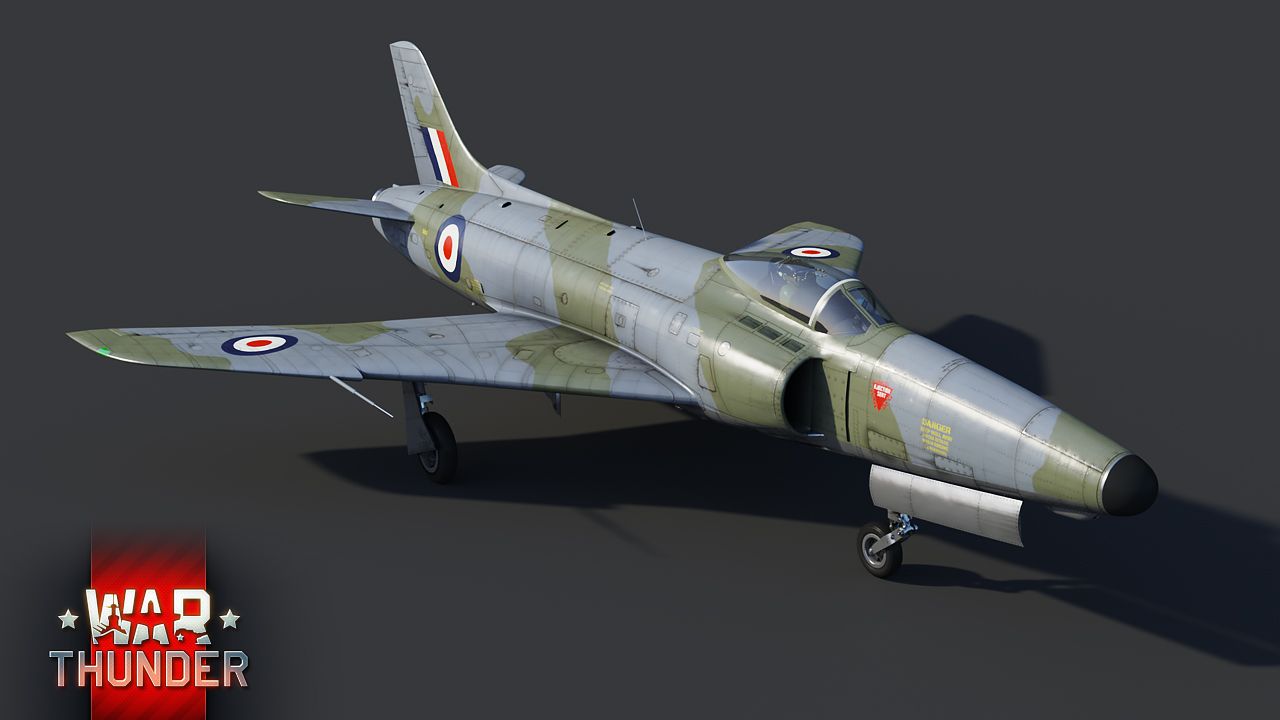 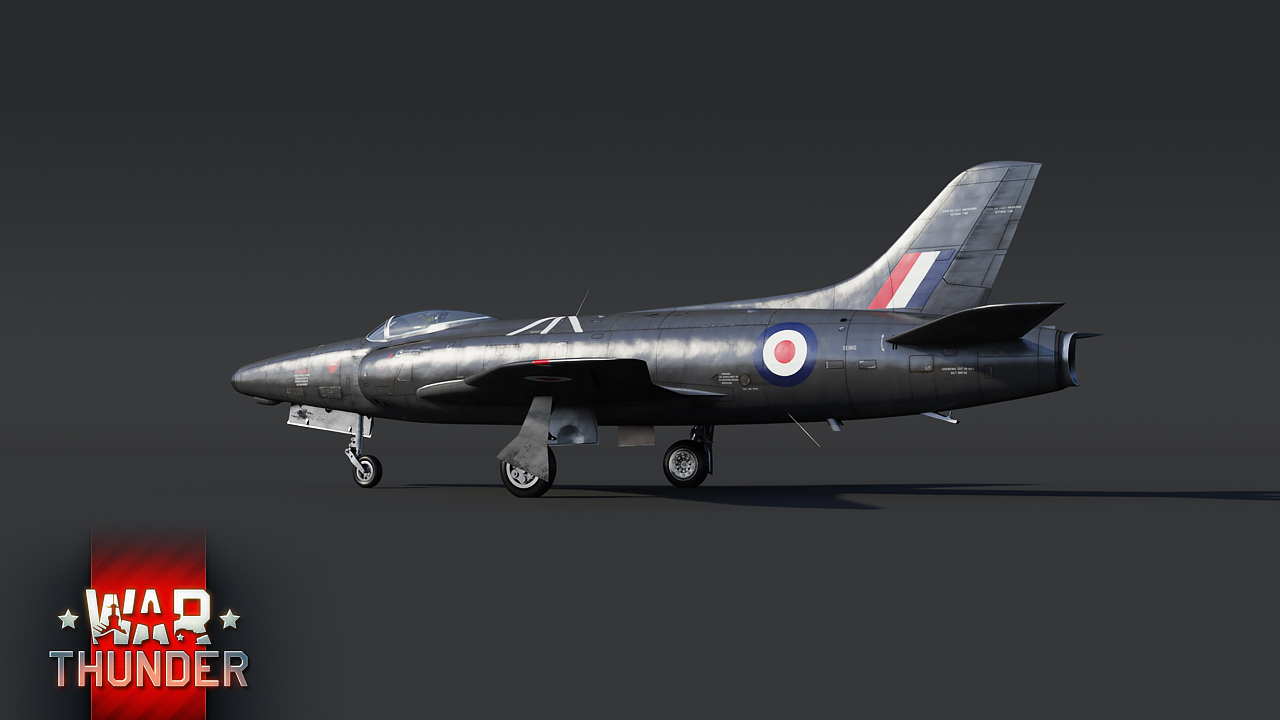 The Supermarine Swift F.1 and F.7 are on their way to player hangars and will be available to all pilots at the fifth rank of the British aviation tree, with the release of the upcoming War Thunder update 1.91. Until then, stay tuned for further updates regarding the latest War Thunder developments. Clear skies, pilots!

We have added two new renders (Swift F.7) at bottom of the article.

Will the F.7 have guns? As far as I can see it was never equipped with guns

*blbobobobo, The F.7 had four 30-mm ADEN cannon and two Fairey Fireflash air-to-air missiles. It also had a radar which it used to guide Fireflash.

Why isn't your comment labeled as a mod? Did you get fired :P

*maxmillian, It was labeled as a mod (blue) earlier. They said they are having some issues with the main website, this might be one of them

CheckYoPrivilege, More powercreep? Mind you, the MiG-21F-13's top speed at sea level will be much slower than that of the T-2 (1,215 km/h, and 1,260 km/h for its wings). It's also going to burn a lot of fuel on afterburner, will have one 30mm with 60 rounds and two missiles. Besides, mach 2 will only be achievable at high altitude where no one ever flies to (10,000 meters minimum) and you'll have to keep flying straight without ever turning to hit 2,000 km/h. Research is wonderful, I tell you.

The video and blog can't seem to agree on how good the ground-pounding capabilities are.

"rank v", ehh better than nothing but what about that mach 2 planes everybody is excited about?

What do you mean everyone? I'm kinda hoping they will never come, it will just ruin the game more. But I know its inevitable. This one however is a welcome addition :)

_MrWhite, why wouldn't you want modern planes in game, how long can you play subsonics before you're gonna get bored. Modern tanks were added since gaijin knew at one point most of the playerbase would just leave if War Thunder would remain WW2 only game. Same with planes, they're adding modern and faster planes becasue sooner or later people would just get bored with current machines.

more people want mach 1 planes and transsonic planes fleshed out. Gaijin doesnt apparently wanna expand beyond 10.0 BR anytime soon so Mach 2 will be a death sentence for the game

Hail_the_Snail, "death sentence", no it won't be, stop being so dramatic

Oh great another subsonic. When is britain going to get an aircraft that can actually keep upto F100, MIG19,T2 etc. Both swifts are going to be entirely outclassed.l by everything at there BR. They are essentially fat Hunter F1s. This is getting stupid now

Britain have been in need of more variety in Rank V for a while now. This is a good addition and as someone with British jets I'm excited for the Swift. Hopefully we get more in the future, like the Scimitar.

alexmcguiness, The scimitar would of been a better addition. Both swifts will play exactly like the hunter F1 and F6 they arent going to bring anything new to the British tree.

You know every oountry needs a new jet to keep up with the T-2 right?

War_Gaming_RUS, You're right, but if UK gets one everyone else will too, because gaijin relentlessly hates the UK tree for some reason and they will NEVER have something that other nations don't.