The Object 685 is a Soviet prototype amphibious light tank, developed in the late ‘60s and early ‘70s as a replacement for the obsolete PT-76. Despite it not being ordered into production, tankers in War Thunder may look forward to the highly interesting Object 685 coming to the game as part of the upcoming update 1.91!

After production of the PT-76 was discontinued, Soviet engineers began work on developing a suitable replacement around a set of requirements provided by the military. The requirements were sent to three different design bureaus, with each bureau developing its own vehicle around the given specifications.

One of the proposed designs, the Object 788, was disqualified early from the competition due to being incomplete and missing several key features mandated by the requirements. The other two designs, the Object 685 and Object 934 were both deemed as sufficient, and work on them continued. By the mid 1970s, both vehicles were built and tested, but neither managed to garner enough interest to warrant a production order being issued. Despite not making it past the prototype stage, design solutions from both vehicles were later applied to other Soviet fighting vehicles. 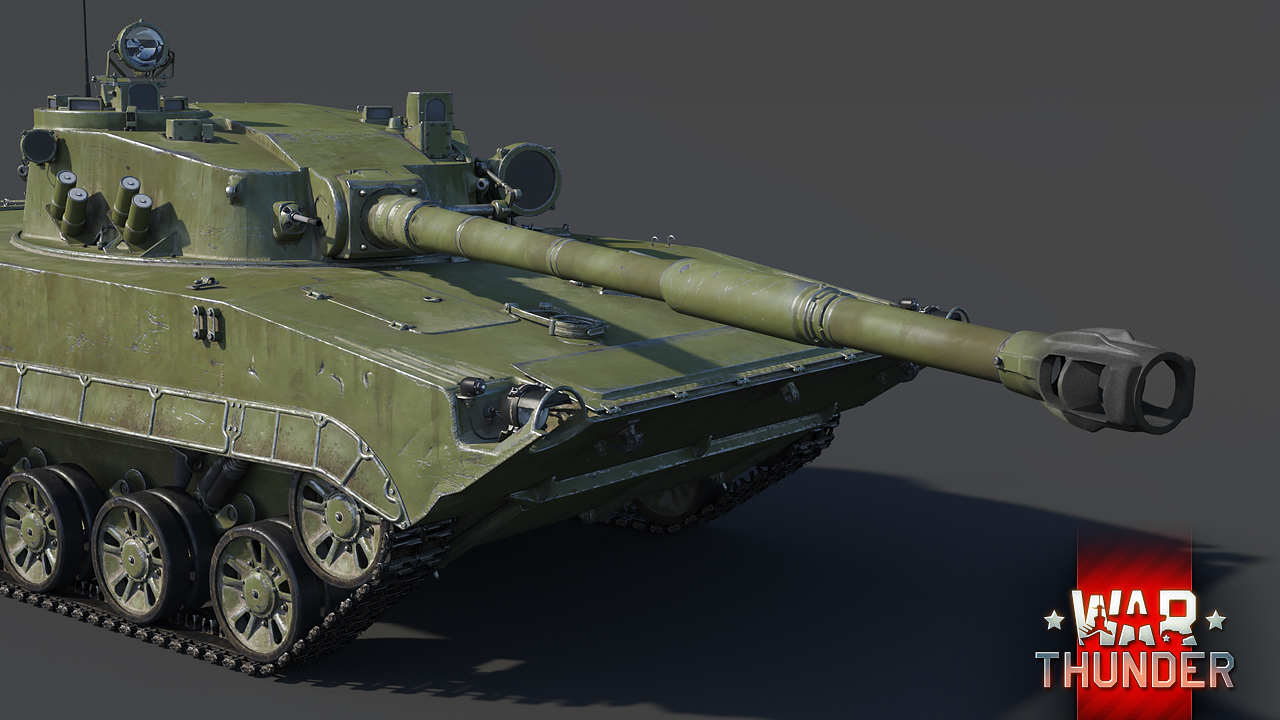 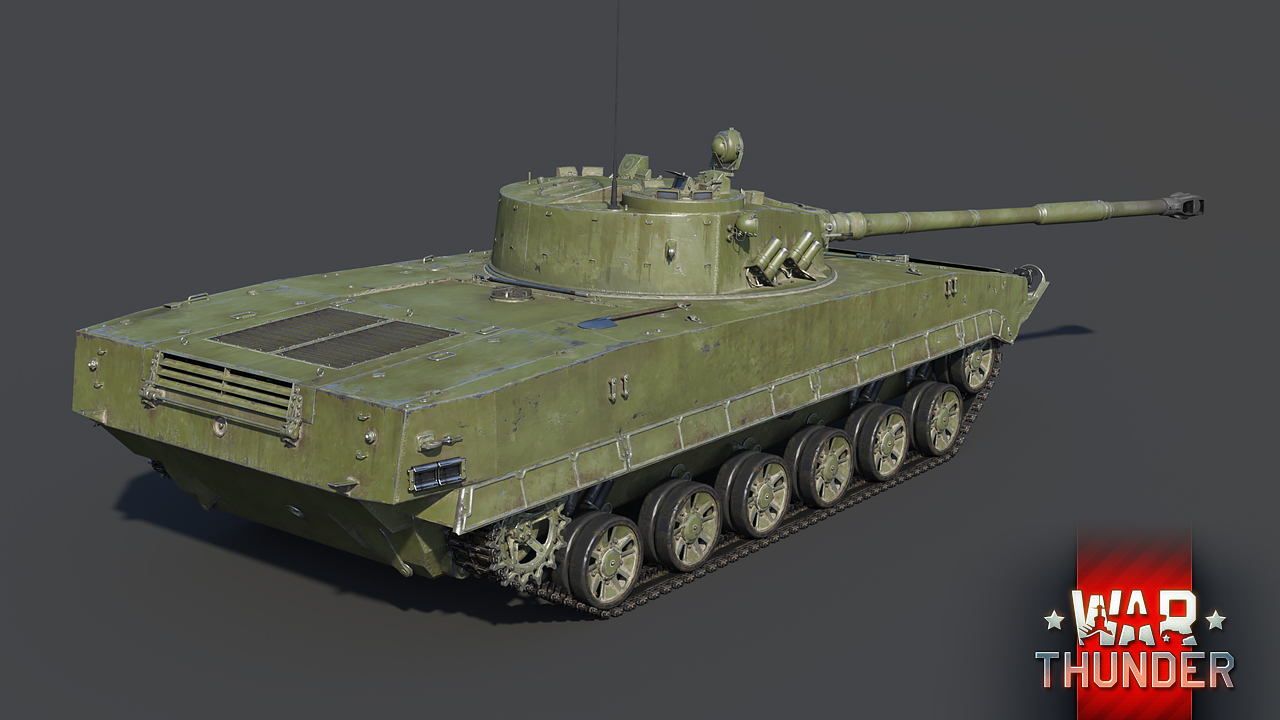 In War Thunder, the Object 685 will continue the light tank branch at rank VI of the Soviet ground forces tree after its arrival to the game as part of update 1.91. Reminiscent of the Object 906 which precedes it, the Object 685 builds upon the foundation laid by its predecessor and expands on it with the use of a larger, more powerful main gun assisted by a very handy autoloading mechanism.

Unlike the Object 906, the Object 685 is armed with a bigger, 100mm 2A48 cannon. In addition to an increase in gun calibre, the Object 685 also sports an autoloading mechanism, which will substantially increase the fire rate of the vehicle compared to other Soviet tanks armed with 100mm guns. To round off the combination of excellent ballistics and fire rate, the Object 685 will also have access to a wide selection of various ammunition types, ranging from regular armour-piercing rounds with explosive filler, to chemical rounds, and going all the way up to highly potent sub-calibre munitions. Thanks to such firepower, the Object 685 can comfortably punch well above its weight category and be confident to come out on top most of the time.

Fun Fact: Although a failed project, parts of the Object 685, such as its chassis, found their way into subsequent, more successful designs, such as the BMP-3.

While firepower certainly received a significant upgrade, protection and mobility remained virtually identical to that offered by the Object 906. With armour thickness only going up to 50mm, tankers can expect sufficient protection against lighter cannons and machine gun fire, but anything larger than that will virtually ignore the presence of the armour entirely. The 400 horsepower engine found on the Object 685 may be stronger than that of the Object 906, but it effectively only compensates for the weight increase, allowing the Object 685 to reach a similar top speed of 70 km/h forwards, 21 km/h in reverse and up to 10 km/h in water.

The Object 685 is coming to War Thunder as part of the upcoming update 1.91 and will become available to all tankers at rank VI of the Soviet ground forces tree. In the meantime, let us know what you think about the Object 685 in the comments below and stay tuned for more news regarding the next major update. Until then, tankers!

Commenting is no longer available for this news
Rules
stefffff1871
69

oh wow another stupid prototype. well the immersion cant be more dead than it is already

It never was historical

Vratrixzz, Its not historical? What? So how is that you can see this tank in Kubinka huh?

You remove german prototypes, but add russian ones?

We are hiding three vehicles never built. Project 685 was build and tested.

The Panther II, Tiger 10.5 and Coelian were never build, the Coelian was a Wooden Turret on a Panther Chassis (Coelian Chassis was supposed to be less armored) Panther II only had ist hull but never the 8.8 in the Schmalturm turret. Tiger II 10.5 was paper only. The Object 685 was build and tested, so it has ist place in the game. Do you want tanks like the T34, T29, T32 and T32E1 removed too? Or half of the japanese tanks between 7.0 and 6.0?

LPFlore, he talks about the Maus

The German vehicles being removed where not prototypes. They were paper. The Maus is not being removed because its a prototype, its for other reasons. The Maus will also return during events.

Smin1080p, " Large numbers of these machines should never really be present and the role that they play is very limited." - is one of the reasons. Its a pretty weak reason imo.

The big difference is already in your statement. For the German ones you need massive asterisks because they were paper drawings. This one was built and tested.

Snipermakedonski, They actually gutted the german tech tree for no reason.

Okay, so as long as the prototype isn't German its okay to add to the game?

Prototype means it was at least built, mate (unlike those German paper tanks)

Mashuu_desu, But Maus was built and tested too

The majority of the community doesnt want new vehicles! we want bug fixes and quality of life changes!

the fact is that people that create new vehicles doesnt fix bugs because they are 3d artists the question is what are the programmers working on?

Stick1_, Logic systems for NVGs and IR indicators it would seem.

RikoMatsumotoGUP, Please YESLAMENHUN Don't talk for people you don't know, also this update is already pretty much finished by this point, crying like a little child won't change anything

So you remove Tiger 2 105 and Maus because you don't want prototype "paper tanks" in your game, but if a paper tank happens to be Russian, then suddenly it's all OK.

There is a difference between never built German paper design (3 DE tanks we will hide) and actually built and tested prototype.

Stona_WT, Why do you hide them, when you make them accessible in the future via events, like you said? Oh ... it'll be for some GJN coins? And suddenly the paper tank won't matter ... of course, me be dumb.

None of the German tanks apart from Maus were built, this one was

Mashuu_desu, Technically the Panther 2 was built. But never suppose to have 88. Was going to use the same/similar turret and gun as the Panther F in game. The hull is in the US. With the wrong turret.

by any chance do we get more WWII stuff aswell ? . . . maybe armored cars, some Arty which could fire more or less directly and could be used as derp gun etc ( M7 Priest, Bishop, Hummel, Wespe ) or some more versions of tanks we have ingame ( Cromwell Centaur, Churchill AVRE, Sdkfz250 with changeable weapons ) . . . and by any chance do nation get vecicles we have ingame but in other nation ? ( Cl13A5 wasnt used by GER but UK so maybe switch or give both the jet, M22, P51, P47, B25, P38 for UK )