The MiG-21 is a 1950s Soviet supersonic jet fighter and interceptor, and arguably one of the most iconic Soviet military aircraft of the second half of the 20th century. Coming as part of update 1.91 "Night Vision", pilots will soon have the chance to take to the skies in War Thunder behind the controls of none other than the legendary MiG-21F-13!

Development of the MiG-21 dates back to the early 1950s, when the Mikoyan design bureau was conducting development work on a design study for a new swept-wing jet aircraft. Further work on the project led to the creation of a seperate, delta wing prototype, designated ‘Ye-4’. With test flights showing promising results, but also much room for improvement, work on the Ye-4 resumed. Further tweaks and modifications to the design eventually lead to the Ye-5 prototype, which conducted its maiden flight in January 1956.

During testing, the Ye-5 received its new designation ‘MiG-21’ and was officially ordered into production. However, production of this initial batch of MiG-21s was rather short, with only a handful of machines being built. In the meantime, an improved version of the aircraft - the Ye-6 - was being worked on. By May 1958, testing of the Ye-6 was deemed to be completed. Shortly afterwards, in July, the Ye-6 was ordered into mass production under the designation MiG-21F and was to replace the initial MiG-21 as the standard production model. The aircraft weaponry consists of two 30 mm automatic cannons. The next step was to equip the aircraft with guided “air-to-air” missiles but in to do this one of the cannons had to be removed.

From there on, the MiG-21 would go on to be produced in enormous numbers and in various different variants, both for the needs of the Soviet Union, as well as for export. Around 60 countries have or still use the MiG-21 in various capacities and modifications today.

Well over 11,000 MiG-21s have been produced, including licence-built versions (more than 2,400 models were built in China under the J-7 designation), since the start of production in 1959, with the legendary ‘Fishbed’ becoming the most mass produced combat aircraft since the Korean War and taking part in more armed conflicts than a single devblog would ever be able to cover. But as an example we can mention its participation in the Vietnam War where the MiG-21 was able to push back against the latest U.S. aircraft (which were in majority). 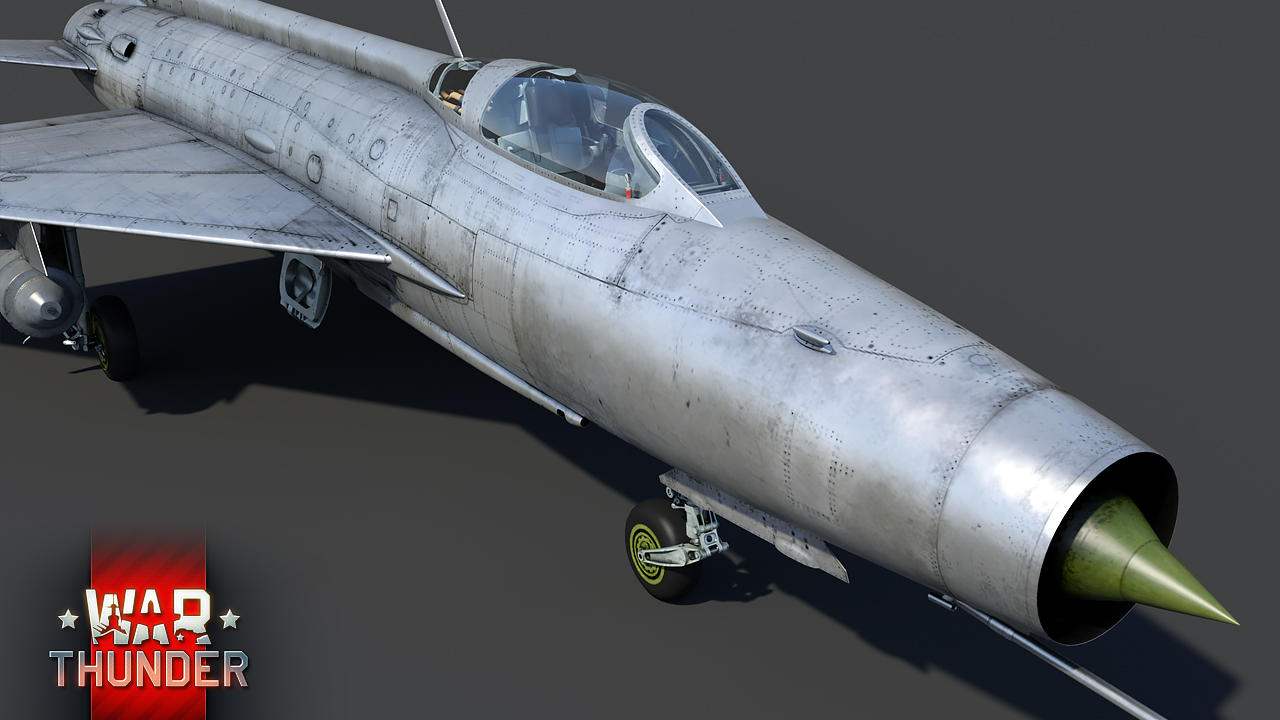 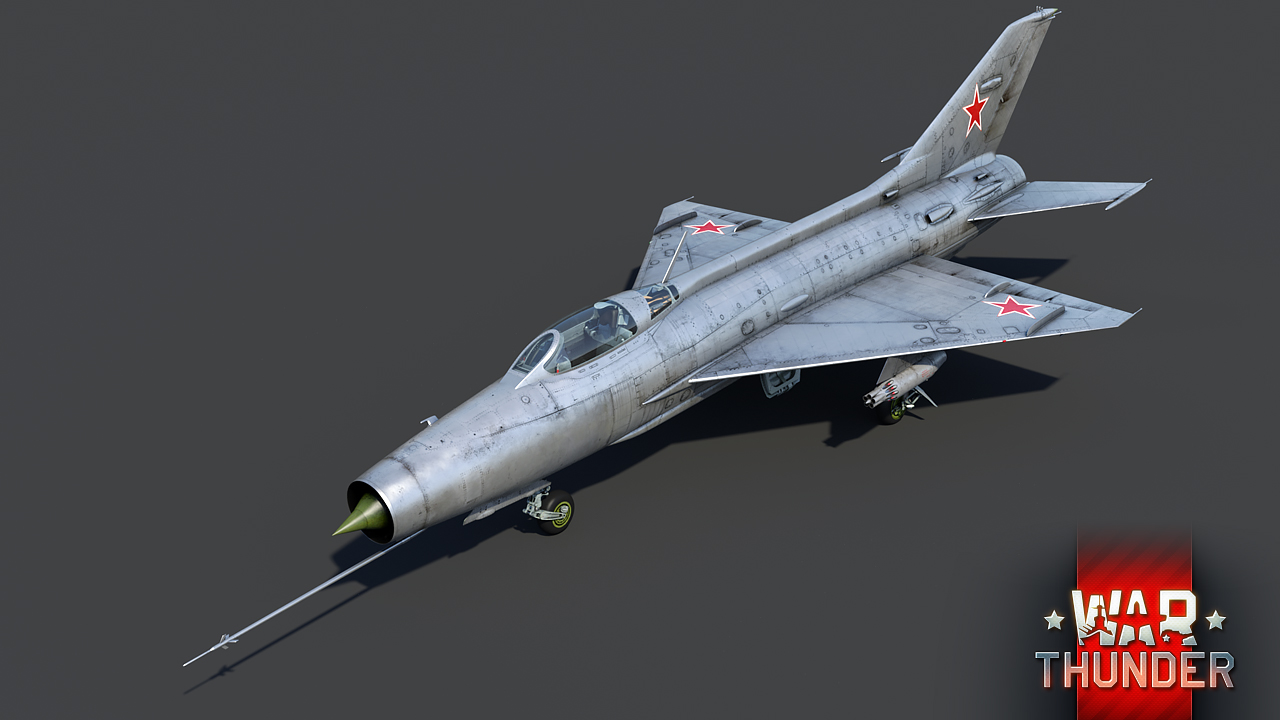 In War Thunder, the MiG-21F-13 will be the new top jet fighter awaiting seasoned pilots at rank VI of the Soviet aviation tree. The MiG-21F-13 is the first standard production version of the MiG-21 to be produced in significant numbers and brought with it, among other minor improvements, the ability to mount K-13 air-to-air missiles - a familiar weapon system to War Thunder pilots. It is also the first aircraft in the game which is able to break the Mach 2 speed limit.

However, while the MiG-21F-13 can certainly go very fast in a straight line and also climb to altitude very quickly, its performance does come with a substantial caveat. Namely, being an aircraft with a delta wing design does give the MiG-21F-13 stability during supersonic flight, but it also negatively impacts the aircraft’s maneuvering capabilities and is responsible for massive speed losses during sharp, high-speed maneuvers. As a result, the MiG-21F-13 is best off utilized in boom-and-zoom style attacks, while any sort of extensive maneuvering engagements are best to be kept well clear off.

Fun Fact: Due to its visual appearance, the MiG-21 earned various nicknames depending on where it served. As such, the Soviets often referred to it as the “Balalaika”, while the Poles for example, dubbed it the “Pencil”. 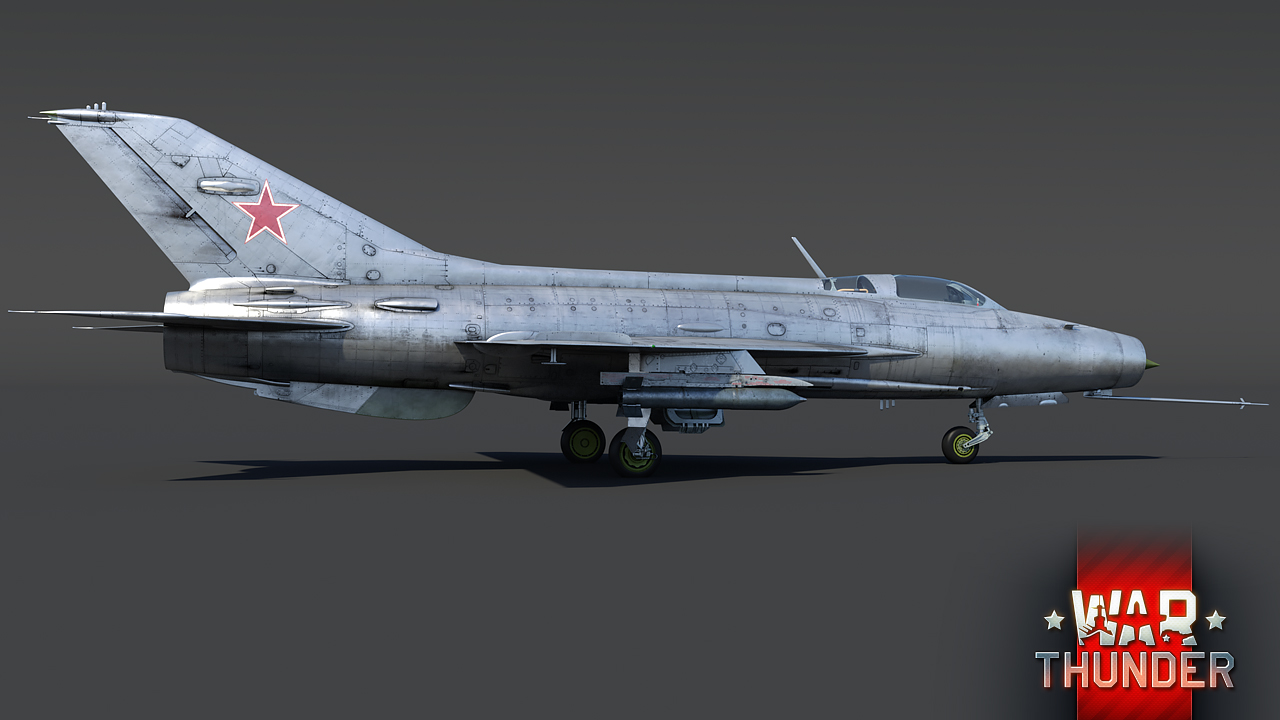 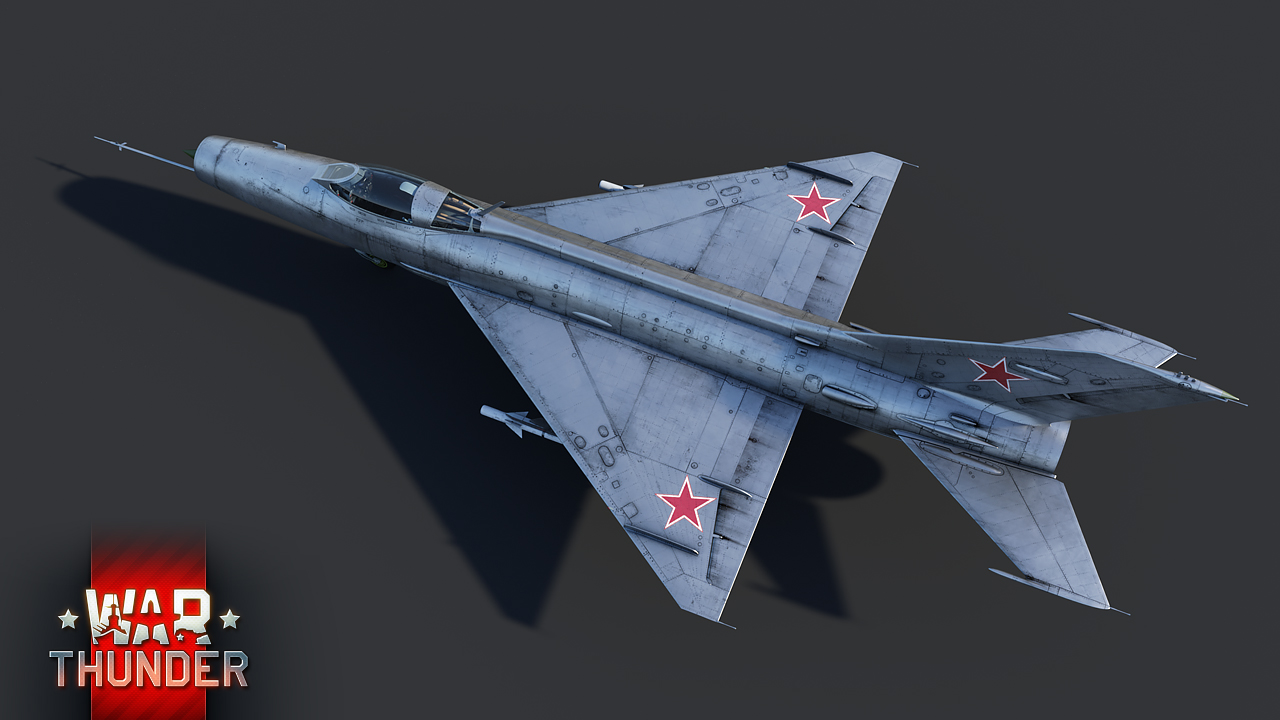 Compared to earlier variants, the MiG-21F-13 weapon loadout was changed but not at the cost of lethality. As such, the MiG-21F-13 features only a single 30mm cannon with 60 rounds of ammunition. Additionally, pilots may choose to outfit their MiG-21F-13 with a pair of K-13 air-to-air missiles, thus greatly bolstering their effectiveness against aerial targets.

Complementing the primary offensive armament is also a host of secondary ordnance options which may be used to engage enemy ground units. To do so, pilots will have access to 57mm rocket pods, containing 16 projectiles each, as well as conventional unguided bombs of 250kg and 500kg, or two unguided air-to-ground S-24 rockets.

Commenting is no longer available for this news
Rules
*oppsijustkilledu
98

So this is fair, Britain going without a supersonic again meanwhile russia gets a mach 2 capable mig 21. This is getting beyond a joke.

Don't worry boys. Britain won't get anything good in the near future.

The F model is NOT Mach2 Capable

Conte_Baracca, Yes it is, learn to read next time.

Britian is still subsonic, Italy, France. Why gaijin? Why the powercreep.

No balance is best balance comrade! )))

britan doesn't have many jets to fill the tree, they jump from hunter to lightning in their development

DamnJerry, US war thunder community is like that whiny kid that trows a fit because he didn't get a new bugatti for his 16th birthday. Im not surprised no one takes us seriously.

the leaks were true

Comrad! The bureau issued the following message: "The leak some are talking about was a simple hydrogen release, the core is intact and the radiation spike came from the secondary coolant system. We could only measure 3.6 snails, a value some would qualify as "could be better, but very ok". You are asked to remain at home, close your windows and eat pure salt. Thanks for your attention."

Ouiche, only 3.6 snails not too good not too bad

Doesnt say much for Japanese Ground then D:

choruseye, My guess is that japan going to get Type 96 Multi-Purpose Missile System. Similar to British Striker but also able to engage air targets. king of mix between striker and ADATS on a light vehicle platform.

Nice to see Gaijin is keeping the bias alive even though constantly saying the game is "unbiased". And not surprised to see another first in the game go to the Russians. Even though the British tech tree is severely lacking across all aspects. Where's the British light tanks? Or a British jet that can go Mach 1? Or how about even just a decent tank which doesn't get the **** nerfed out of it because it does really well against the Russian or German vehicles. This game is becoming more of a joke.

scatterlite, Brooklyn has almost no armor though especially vs Hipper it's going to get destroyed also look at German ships before Brooklyn and Kirov they were all meta now since the USSR and US got something to deal with them German players my ships can't do anything when they can just want best ship again. I'm just going to wait for Iowa class hopefully USS Wisconsin VS Bismarck since Germany didn't make that many BBs

Xtanol, sources are saying that the UK wont get anything else but the Heils and Swifts so yea, lets hope there wrong