The AMX-40 is a prototype French export main battle tank, developed during the 1980s based on experiences learned from the AMX-30. Despite the project’s ultimate failure to find a suitable buyer, the AMX-40 is bound to find an abundance of fans among War Thunder tankers, eager to put it through its paces in the upcoming update 1.79 “Project X”!

In short: The new French “top” continues with the traditions of the AMX-30 series. A fast tank, with a 120 mm cannon and 20 mm anti-aircraft machine guns, is also equipped with an excellent gun stabiliser (finally!).

Development of the AMX-40 began as a private venture of the French GIAT company in the early 1980s, with the aim to create a new export vehicle, in anticipation of an increased demand for military equipment from middle eastern countries. GIAT engineers decided to base the new vehicle off the AMX-32, which itself was an improved export version of the successful AMX-30 main battle tank. However, compared to his predecessors, the AMX-40 was to feature vastly improved firepower, mobility and protection. As a true first in the French postwar tank development history, the AMX-40 would receive a two-plane stabilizer for its 120mm smoothbore cannon. Although the tank’s turret and cannon were mostly adopted from the AMX-32, increases in weight from new components led to the fact that the hull of the vehicle had to be redesigned from scratch. The work on the first prototype was nearing completion in 1983 and the vehicle was first shown off at the Eurosatory exhibition in the same year. Following testing in 1984, two further prototypes were constructed, featuring a number of improvements over the first one. By now, the French Ministry of Defense had started to back the promising project and GIAT soon afterwards transferred all three prototypes for comprehensive troop assessments. A final, fourth prototype was constructed in 1985. Each prototype was unique, featuring a number of external and internal differences with the main one usually concerning powerplant options. In the late 1980s, the vehicle’s development stagnated as active development was largely replaced with an active marketing campaign, in an effort to find a potential buyer for the new vehicle. Despite France’s best efforts to market the vehicle, even going as far as showing off some of the prototypes in a competition in summer of 1986 in Saudi Arabia, a buyer couldn’t be found. Spain was the only country showing some interest in potentially buying the AMX-40, but in the end, nothing came out of it either. By failing to find a buyer, domestic interest in the AMX-40 also faded and eventually resulted in the project being closed in 1990. Ultimately, the four constructed prototypes of the AMX-40 can only be considered as transitional designs, bridging the gap between the old second generation French MBTs, like the AMX-30 and the upcoming modern designs, such as the Leclerc. 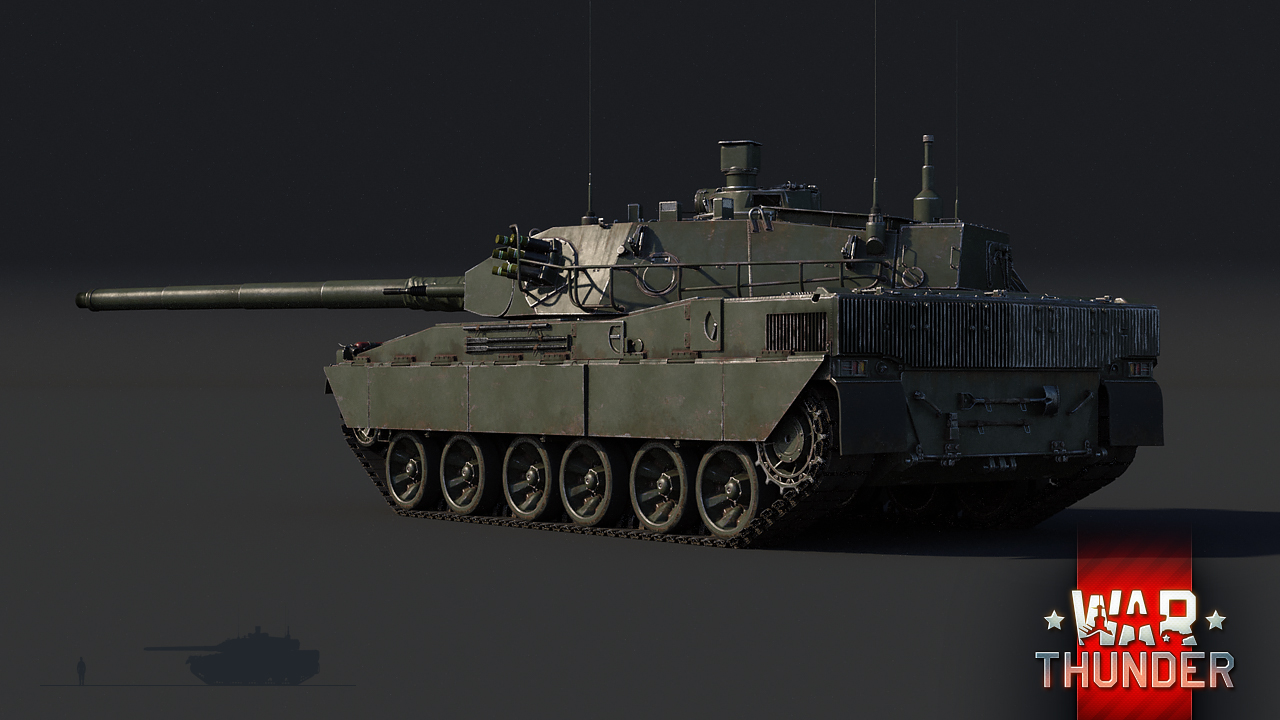 We have chosen to introduce the fourth and final prototype of the AMX-40 to War Thunder as one of the first additions to rank VI of the French ground forces tree. At first glance, the vehicle might show some resemblance to the familiar appearance of the AMX-30. This is hardly surprising when considering that that the AMX-40 is in essence just a further developed distant cousin of the AMX-30. With that in mind, tankers who have already had the chance to drive the AMX-30 should have a good rough idea of what to expect from the AMX-40 - good mobility and firepower, right? You’re right, sort of. It’s actually a lot better than that! If you thought the AMX-30 with its 700 horsepower engine was mobile, you haven’t seen nothing yet! Step forward, the 1,300 horsepower V12X diesel engine, capable of bringing the AMX-40 up to a blazing top speed of 70 km/h on roads, whilst still managing a respectable average of around 40 km/h offroads. However, having good mobility is all fine and dandy up until the point where your tank gets hit by an incoming shot. 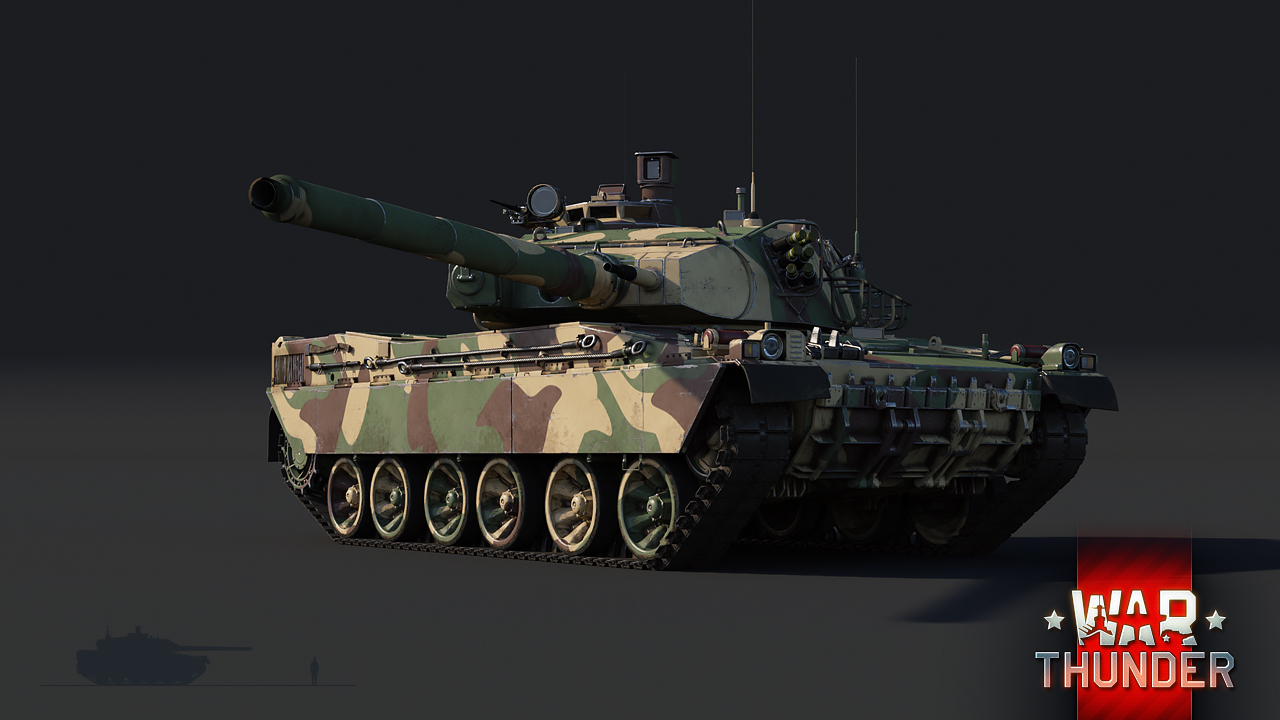 So how does the AMX-40 deal with that we hear you ask? The known specifications about its armour protection indicate that it can withstand 76 mm rounds and RPG-7 shots in the front. We don’t possess all the information regarding its armour, and therefore, the protection of its game version has been reconstructed on the basis of a large number of photos and our measurements of the sample from Saumur. In-game, it consists of a spaced, two-block armour design on the turret and gun mantlet, and also combined and spaced armour of the front side of the hull. It is difficult to call such a defense as reliable - it would seem to only have enough protection against small caliber shells (76-90 mm) or HEAT shells with a penetration of up to 300 mm. Nevertheless, it should still fully protect against automatic cannons, HE round, and bombs, and can withstand hits from other shells at a greater angle. 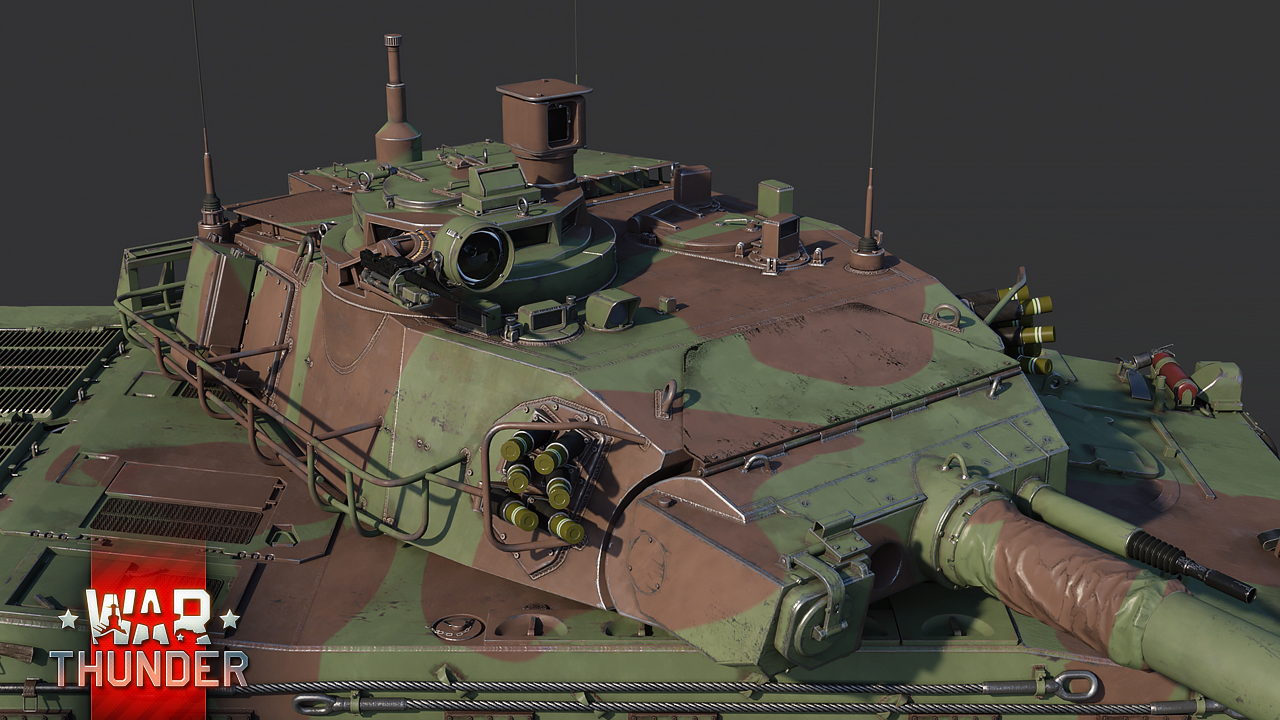 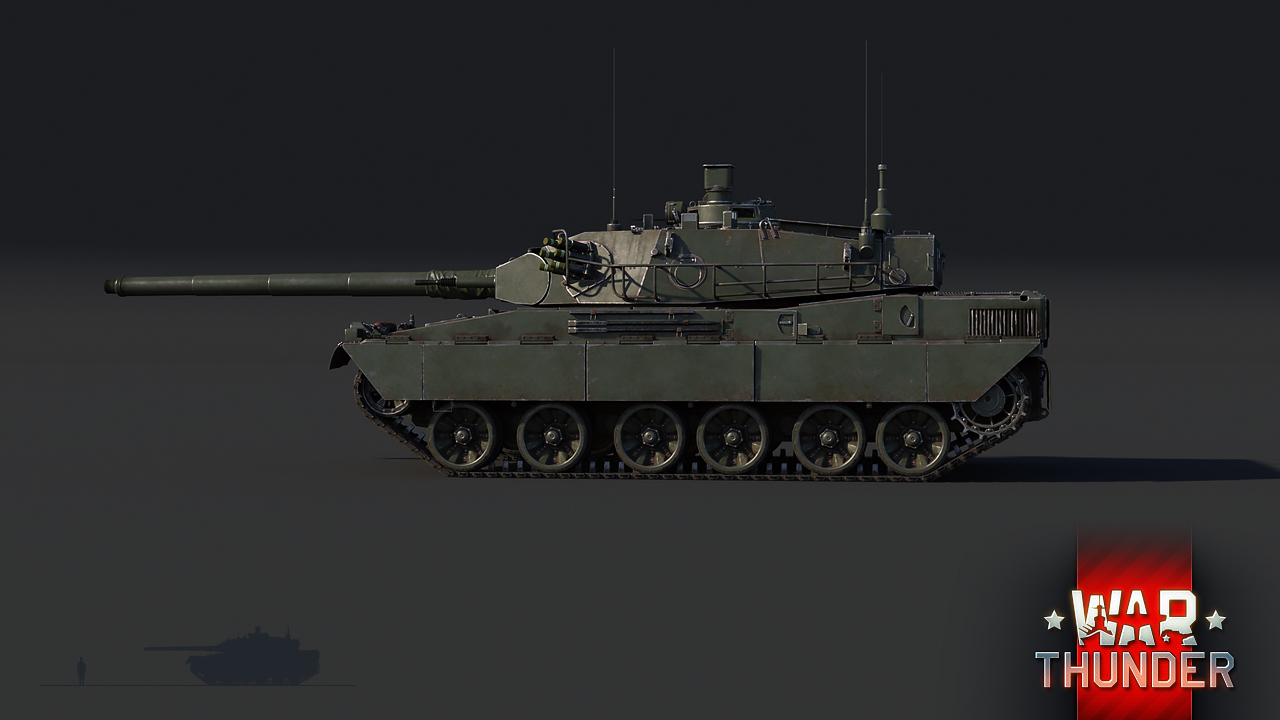 Excellent mobility goes hand in hand with one thing in particular - equally excellent firepower. This is exactly what the AMX-40 has to offer. The AMX-40 is equipped with with a great French cannon where the ammunition includes HEAT and APFSDS shells with armour penetration rates sufficient to defeat absolutely any target on the battlefield. With a 20mm AA autocannon that proved itself as a highly efficient weapon while mounted on tanks that will easily penetrate the sides of any lightly armoured vehicles or even tanks. On top of all this, the AMX-40 offers something no other vehicle in the French ground forces tree offers - a two plane gun stabilizer. Thanks to this, commanders can fully reap the benefits of the tried and tested combination of mobility and firepower. You no longer need to worry about exposing yourself to enemy fire or wasting time when stopping to aim, as this is a thing of the past now.

Make sure to check out the new AMX-40 main battle tank coming to War Thunder in the upcoming update 1.79. Stay tuned to the news for more information on the next major update for War Thunder. Until then, tankers!

Commenting is no longer available for this news
Rules
Wankermotor
0

Oh, aaah! Finally I can give my enemies that two footed kick to the chest with my cleats. Excellent. Grinding SLs furiously so I can get this ASAP when it comes out.

Great addition, and proves even more how the Cent AVRE is such a poor addition as premium. just another slap in the face for the British tech tree

Shouldnt it be faster than 40kph offroad? The suggestion for it on the forum state 50kph AVERAGE offroad

they love making things slower, the Leopard 2A4 on the dev server barely got to 50 which is still too low

Any chance to get the amx 40 E4 with better armor ? Found some traces of it, don't think any were ever built though

"We have chosen to introduce the fourth and final prototype of the AMX-40" pretty sure you're looking at it.

Mmmm, yes. A lightly armored tank with an APFSDS round with less then 400mm of pen at high tier, thanks.