B-29 Superfortress/Tu-4 – the new face of the giant
6 June 2016 Development
Attention! This news was published on the old version of the website. There may be some problems with news display in specific browser versions. 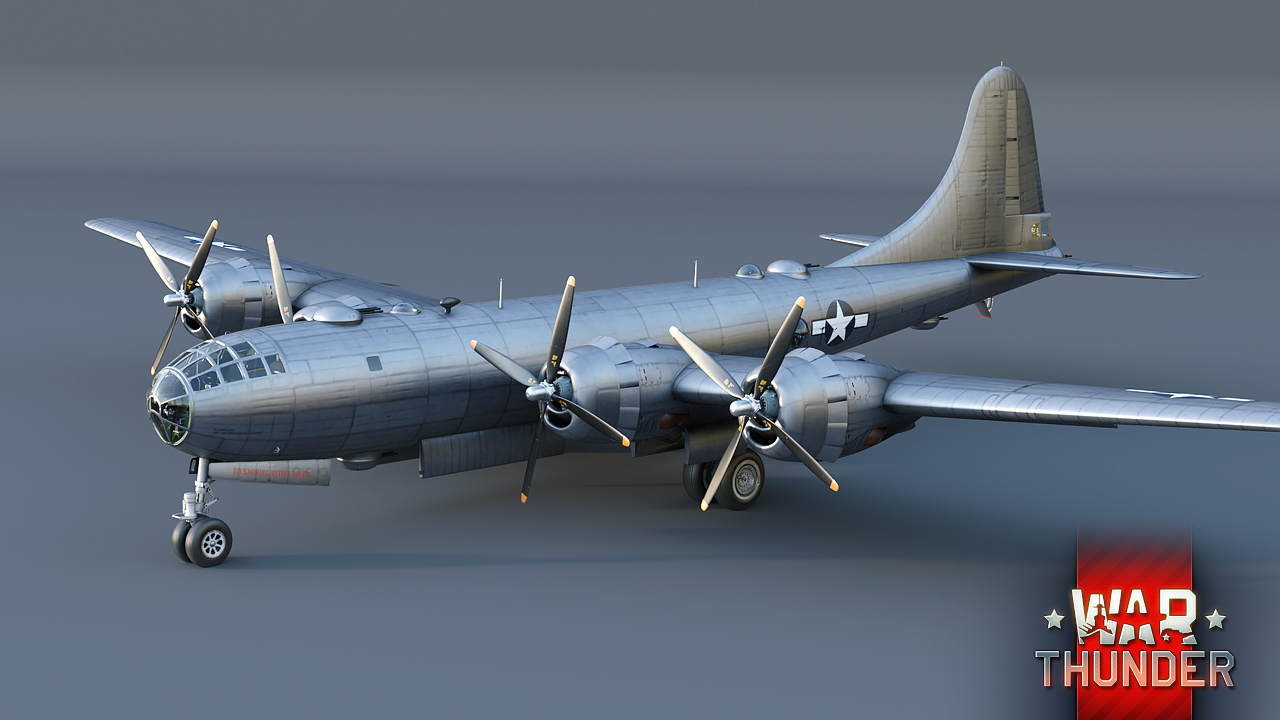 The War Thunder 1.59 update features improvements to the model of one of the largest aircraft in the game – the B-29 Superfortress strategic bomber as well as the addition of the Tu-4, a Soviet copy of this American giant.

We planned an update of the model of the B-29 Superfortress, which has been the super-giant in the skies of War Thunder for a fair time now, as the basic model was used as the foundation for several very interesting modifications that we want to add to the game. The first of these is the Tu-4 strategic bomber which is a Soviet copy of the B-29. So, we would like to present to you the updated model of the B-29 and the new Soviet Tu-4 bomber in the War Thunder 1.59 "Flaming Arrows" update!

We would first like to show you the update to the external appearance of the B-29. The original model did not meet the standards of quality which we currently follow when making our models. We have created a completely new model of the B-29 which is more accurate and has a high polygon count. The aircraft with the largest wingspan in the game (43 meters) looks better both overall and in detail. The sheets of aircraft skin are made of unpainted metal and beautifully reflect the light of the sun (we now use a new render which is great at conveying shining metal), the nacelles have smoother lines and the pilot’s cabin and gunner positions have become more detailed. The propeller blades are not angular like they were before and the detail of the landing gear has been improved.

The Soviet Tu-4 strategic bomber is a copy of the B-29 with more powerful engines and armament. The USSR did not possess strategic aviation capacity in 1945, while having a great requirement for it as the Cold War was about to begin. The B-29 that ended up in the hands of Soviet engineers seemed to be a technological miracle and a vast gap between the long-range bomber technologies of the US and the USSR was soon discovered. The Soviet engineers had to bridge this gap in the shortest time possible, so they decided to copy this wonderful plane. A huge amount of work was done in the Tupolev Construction Bureau and the result was worth the effort. The Soviet Union now had its own strategic bomber which was given the Tu-4 designation.

After testing and modernization, the soviet B-29 clone became even better than the original – The Tu-4 was equipped with more powerful engines (2400 hp as opposed to the 2200 hp of the B-29) and all five turrets had the machine guns replaced with twin 23 mm autocannon. The cannons were controlled remotely by the gunners and provided 360 degree defense without blind spots. 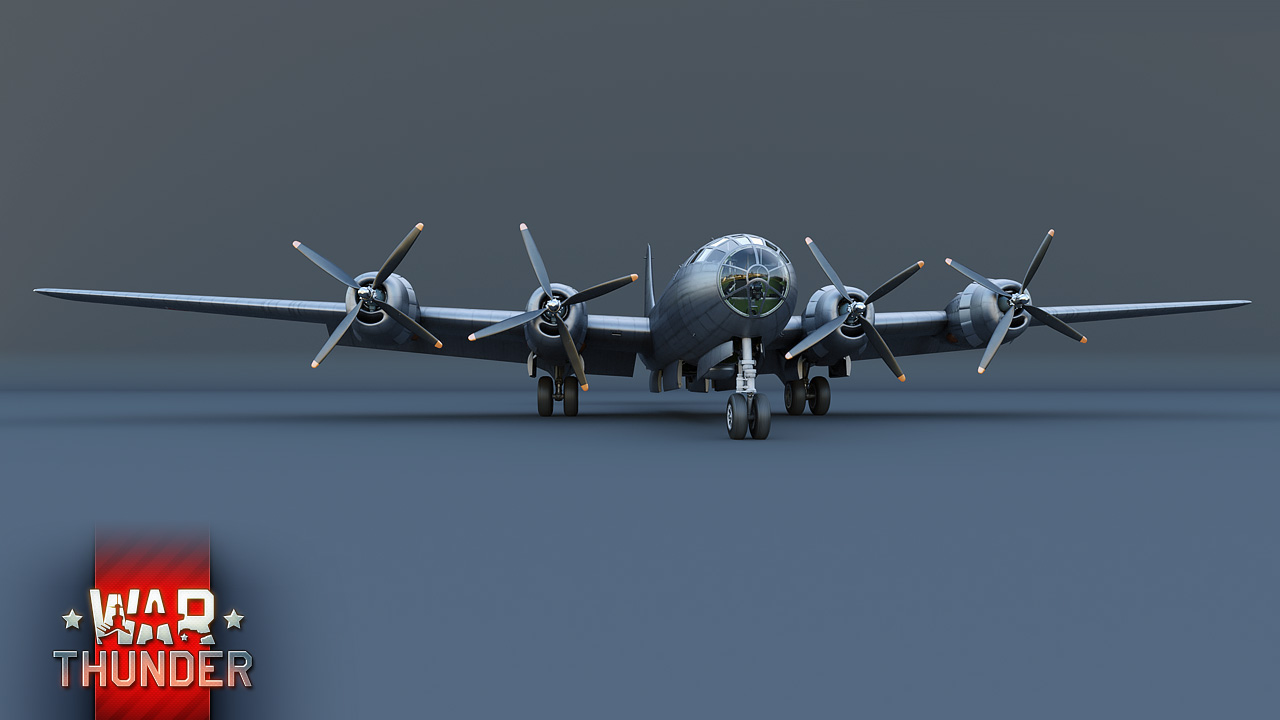 As regards to the bombs equipped on the Tu-4 in War Thunder, we have to tell you that there are no plans for an atomic bomb. The same applies to the B-29. The range of bombs includes 50, 100, 250, 500 and 1000 kg, with a total weight of up to 7120 kg. This information is provisional at this stage and will be clarified when the update is released.

The gigantic B-29 and Tu-4 will be waiting for you in the hangars of War Thunder 1.59 "Flaming Arrows"! Fly forth and let the enemy fighters suffer when they try to shoot you down! See you soon!

Commenting is no longer available for this news
Rules
TheCreamer
16

Bomber cockpits would give a new reason to fly bombers as now there is no feeling of flight when flying from superman view. Now as a bomber pilot you just feel like an outsider from ongoing battle just going here and there and acting like a dull training target for enemy planes to shoot down. I think people really would enjoy to feel like being in charge of giant beast when going for bomb run. For everyone still wanting to use superman view there should be an option "show bomber cocpit" on/off.

*deadghostjt, or it could work just as cockpits have worked in the past

How about we give Germany a break and focus on Japan instead.

Isolatedfleet, how about not to give germany a break. how about giving russia a break, they get like one plane each hour. and they can focus on both germany and japan

Germany needs the 177, but Japan needs more aircraft than Germany in general at the moment. To say Japan has a nice amount of bombers is a lie. It has 4 Ki-49s, a Ki-21, G4M and a couple of heavies (one is good). 7 bombers for Japan, Germany excluding Italy has 14 bombers.

I'm proud of whoever wrote this devblog for actually admitting it was a copy of an American design.

they said it was better but they forgot to mention it was heavier and so had roughly the same power/mass ratio and a higher wing loading.

^^This^^ I said that it should be a premium, b/c it was a copy, but some dude started saying that it was mass-produced design with russian weapons, equipment, etc. I mean, it's still a copy, no matter how you put it.

SgtSully, So yoou rather the Russians get the Tu-95 for top tier bomber instead? That's a flying death machine.

It should be slightly worse in every way except defensive armament - the conversion to metric standards from the US system for construction left it less than 1% heavier but still about 20mph slower than the later cannon-equipped B-29s, and it could carry 6x 1000kg bombs as a standard bomb load (not seen anywhere that mentions the smaller loads - only the mentioned nuke, as well as anti-ship missiles which probably won't be added.) Though if this is wrong then bad info is just reposted everywhere

And how about the additional 2 .50's in the front top turret and 20mm AN/M2 in the tail (maybe in the form of a modification) for the B-29? I would really love to see that, especially now the TU-4 is here as well.

the top front turret is a quad turret in the Dev server. No idea if it is permanent. The 20mm cannon I think should be added.