PzKpfw III Ausf. B
17 May 2016 Development
Attention! This news was published on the old version of the website. There may be some problems with news display in specific browser versions. 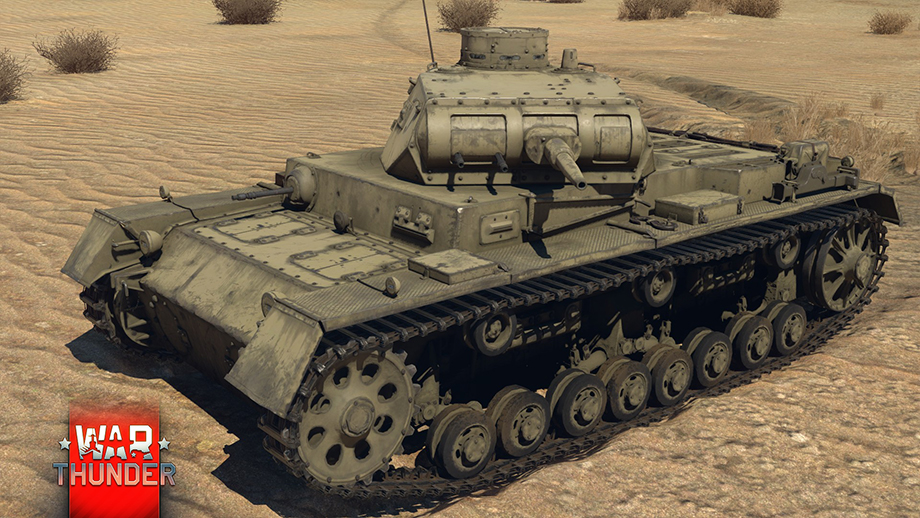 Back in the 1920’s Germany had started to develop new tanks for a possible future war. Officially they were prohibited from putting such vehicles into service, however the Panzerkampfwagen I (Pz.Kpfw I) was put into mass production in 1934 - it was the first modern German tank with machine gun armament and bulletproof armour.

The Pz.Kpfw III design had requirements of a 37mm gun mounted in a rotating turret, a 250-300 h.p. Engine and a maximum speed of at least 40 km/h. The order for the first 25 vehicles for military testing was placed in december of 1935, the tanks were supposed to be put into service in Spring 1936.

The PzKpfw III Ausf. A was a modification based on the prototype and did not meet all the requirements - the vehicle’s speed did not exceed 35 km/h, mostly because of a poorly engineered chassis - the lower track wheels (5 on each side) had a large diameter and individual suspension. The next modification -  Ausf. B- had smaller track wheels that were grouped in bogies. These vehicles were put into service at the end of 1937.

The PzKpfw III Ausf. B will soon be be introduced as a reserve tank in the German tank tree. It will be the first modification in the PzKpfw III branch and will “smooth” the BR difference for early German tanks - making it easier for new players.

The tank has lighter armour and less weight than PzKpfw III Ausf. E but has the same armament.

Meet the new vehicle in Update 1.59 "Flaming Arrows" and see you soon!

Commenting is no longer available for this news
Rules
CmdNomad
10

Nice some early tank love for Germany. Any Chance for a Pz. IV D ? ^^

There is always a chance ;)

Now that is a tank I would love to see

I'd always hoped to see WT go back in time for tech, and this made my day! I love the thirties vehicles like these, with the Bogie suspension (I think it's Bogie at least) and rivets (They look cool, even if they have flaws). I could go on for days about my favorite interwar vehicles, but I can't do that with only 500 characters to type a comment, and it'd probably get boring real fast (cough12mmmofarmorcanbepennedby30calscoughtankettesplzcough). Long story short, I love this!

I'm waiting for Luchs too, plus I would like to see the hull MG's working on some existing tanks, they won't count too much in a battle but if they're modeled, and many other tanks have all the MG's functional, why not?

nice the final German reserve tank is here. was not expecting this

So,i where is the Cruiser mk 1,mk2 or mk3? Or short barreled shermans for brits?

But it's devblog about new addition to the German tech tree.

Wow! what a beautiful tank! So glad you guys are continually adding more tanks and trying to optimize the game!

Wow, I was definetly not expecting this little tank. Nice little addition to the Pzkpfw III family, although I was hoping for a certain Stubborn tank destroyer devblog to be shown....

Pz III are like Spanish Inquisition - no one expect them ;)

keep up the good work :)

First saw this I was upset for what appeared to be a copy past vehicle... but It is a good choice for a reserve tank. Glad to see that.