ASU-57: Air Delivery
13 May 2016 Development
Attention! This news was published on the old version of the website. There may be some problems with news display in specific browser versions. 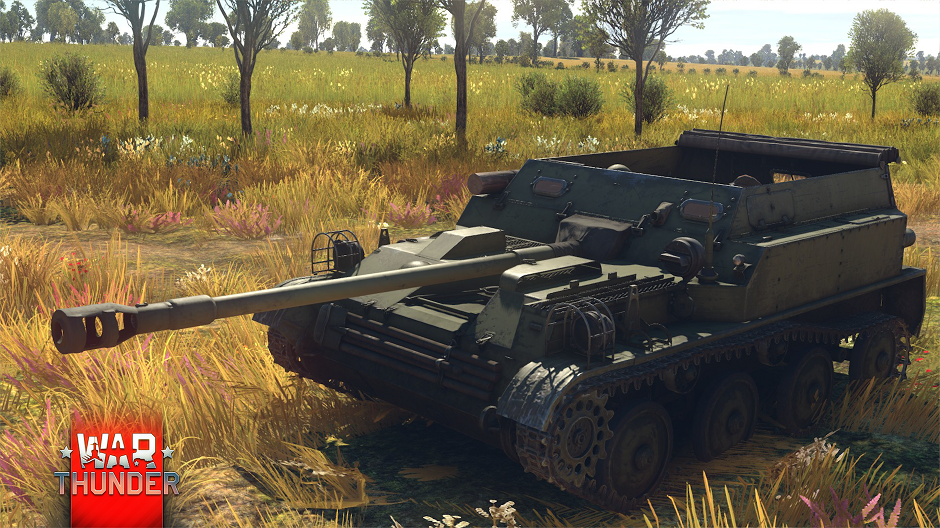 ASU-57 was the first series-produced SPG in the USSR that was developed specially to be delivered by air for airborne landing troops. The ASU-57 – aviadesantnaya samokhodnaya ustanovka, or air-landing self-propelled gun – will be a new addition to the Soviet light tank line and will be situated before the PT-76 on the tree.

The ASU-57 is one of the most unusual vehicles that has been added to War Thunder. It is a small-calibre, but still very dangerous SPG, whose main advantages are its small size, mobility and rate of fire. Light bullet-proof armour, a crew of three, an unusual configuration and built to be as light as possible – every aspect of this vehicle was designed to ease its landing by parachute. Curiously, the ASU’s power train was an M-20E automobile engine used in the Pobeda (Victory) civilian car, but it was armed with a semi-automatic Ch-51M cannon, practically identical in its ballistic characteristics to the ZiS-2.

The vehicle came into service in 1951, until it was replaced by the more powerful ASU-85. Outwardly, the ASU-57 differs from Soviet SPGs from the end of the war in its small size and open cabin. It carries just 30 rounds for its cannon, but its reloading speed and ballistics are simply astounding. Remember the incredible 57mm ZiS-2 cannon on the early Soviet ZiS-30 SPG? The ASU-57 plays like a post-war version of the ZiS-30 – advanced and time-tested, with good mobility, maneuverability, a low profile and an absence of the lingering destabilization when stopping that annoyed players so much, a particular problem of the aforementioned anti-tank SPG.

What will the strategy of the ASU-57 be? To quickly take a convenient position from which to fire 57mm rounds at the opponent and then instantly hide from enemy fire. To take an enemy position and set up an ambush. With its excellent rate of fire, to support attacking allies. And most of all – to avoid going head-to-head against the enemy: the ASU-57’s armour, to put it mildly, is non-existent. In everything else, the vehicle promises to be very interesting.

Expect the ASU-57 in one of the upcoming patches to 1.59 "Flaming Arrows". Good luck on the battlefield and see you there!

Commenting is no longer available for this news
Rules
MIKE_ARMY_12B
30

Oh look a new post war tanks to fight WWII tanks how fun. I'm sure it will have sabot rounds too.

Will be loads of fun murdering this with any sherman, no need to even use the cannon.

If balance depending on stats would be such a smart way, it wouldn't result in killing all the immersion. To introduce post war tanks to battle against WW2 tanks is just a bad decision overall. That time could have been better spend by working on vehicles or lets say... bomber cockpits.... that really enhance the immersive gaming experience.

ColdHeat, if you want immersion, why not play simulator? they have battles set in certain time periods.

Another 1950 - 60s tank to fight against WW2 tanks. Don't you guys want to separate the WW2 and Cold War vehicles? Its getting somewhat ahistorical.

Stop being a moron. Tanks are matched by performance not history. If a post war tank is added that is slow has 2 mm of armor and a 37 mm short barrel gun running with a scooter engine it wouldn't be matched with Pattons, Leopards and T-54's . Not that that design existed but it's just an example. Gaijin wants to make vehicle performance authentic to RL but has to balance it somehow, and that how is by matchmaking vehicles by performance, not history, otherwise KV-2 will fight Panzer II's and BT5

Does this thing have any sort if unfair advantage that makes it unfair for it to fight WWII tanks? I mean, we already have the PT-76, M41, and T92 fighting WWII tanks and I don't see anyone calling those OP.

This I sure want aswell!

Stop crying. If they add tanks for Germany then you start complaining that they're Biased to Germany, they make a few Russian tanks and then you cry more. Let them do what they want. More vehicles is more good news for War Thunder. Why does everyone have to make a problem out of it.

Higher priority vehicles should be added first instead of the lesser-known very limited edition vehicles.

Yey, another tank that I can one shot ;D

It can one shot you too though.

looking forward to ASU-85 and ASU-76 too

Lets see, the Russians are getting two really good tanks, while the us gets a B-18 Bolo. How fun. I still don't see anything equivalent to what they added for Russian in for any other nation yet.

Currently we have only had 2 dev blogs, with lots more to come. Its a little too early to be jumping to conclusions. Stay tuned to the dev blogs :)