The Su-7B was developed as a new type of ground support aircraft, a fighter-bomber. We introduce a new strike aircraft for the USSR, the first jet vehicle in the glorious Sukhoi attack aircraft family!

With the development of jet aviation, piston-engined attack aircraft quickly became an anachronism; a need arose for a new class of front-line aircraft - a fighter bomber. In the USSR, the MiG-15 and MiG-17 fighter jets were used to replace the piston-engined IL-10 to support the ground forces from the air, but it was quite obvious that a specialized machine was needed to fulfill the tasks of the fighter-bomber. The most suitable candidate was the Sukhoi Su-7 fighter jet, taken as the basis for the Su-7B fighter-bomber project. By the end of 1958, the first prototype was ready with the new AL-7F-1 engine. For almost two years, the aircraft underwent intensive testing and refinement, and in 1960 the new fighter-bomber went into mass production. Of the 431 planned, 344 Su-7Bs were built to equip up to 25 combat units. From the beginning of the 70’s, the Su-7B aircraft began to be replaced with more modern modifications and models. 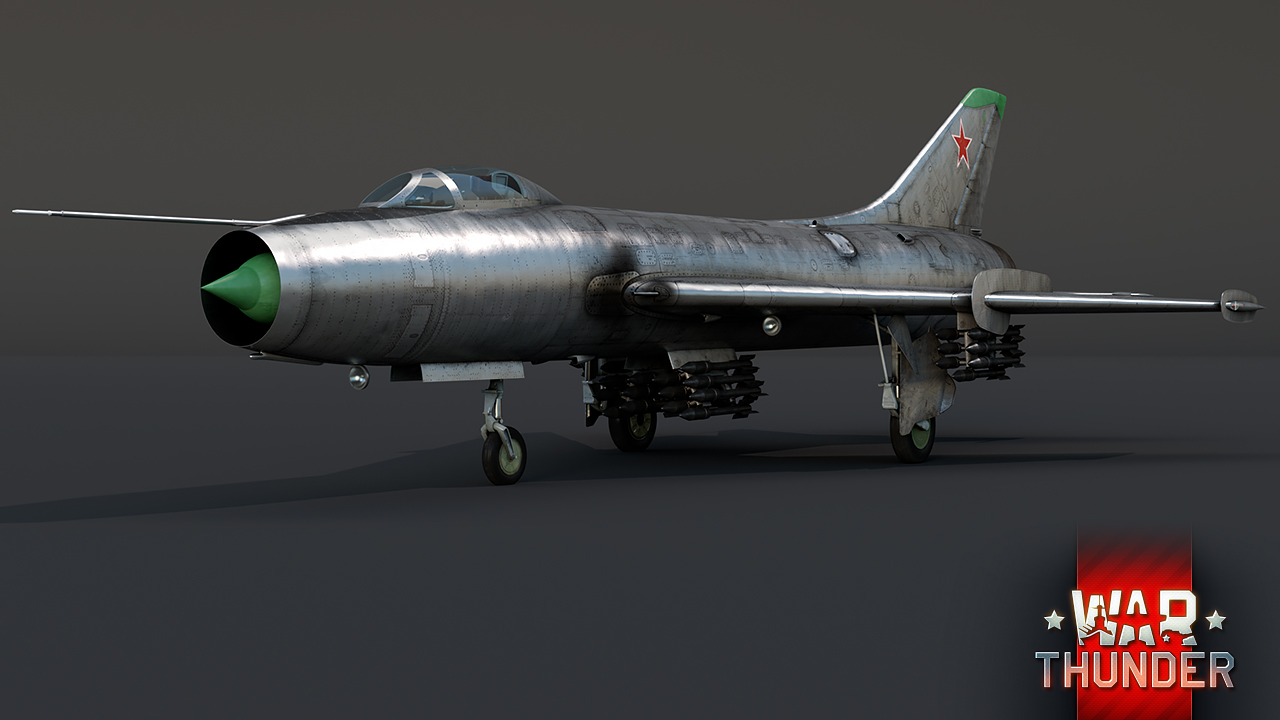 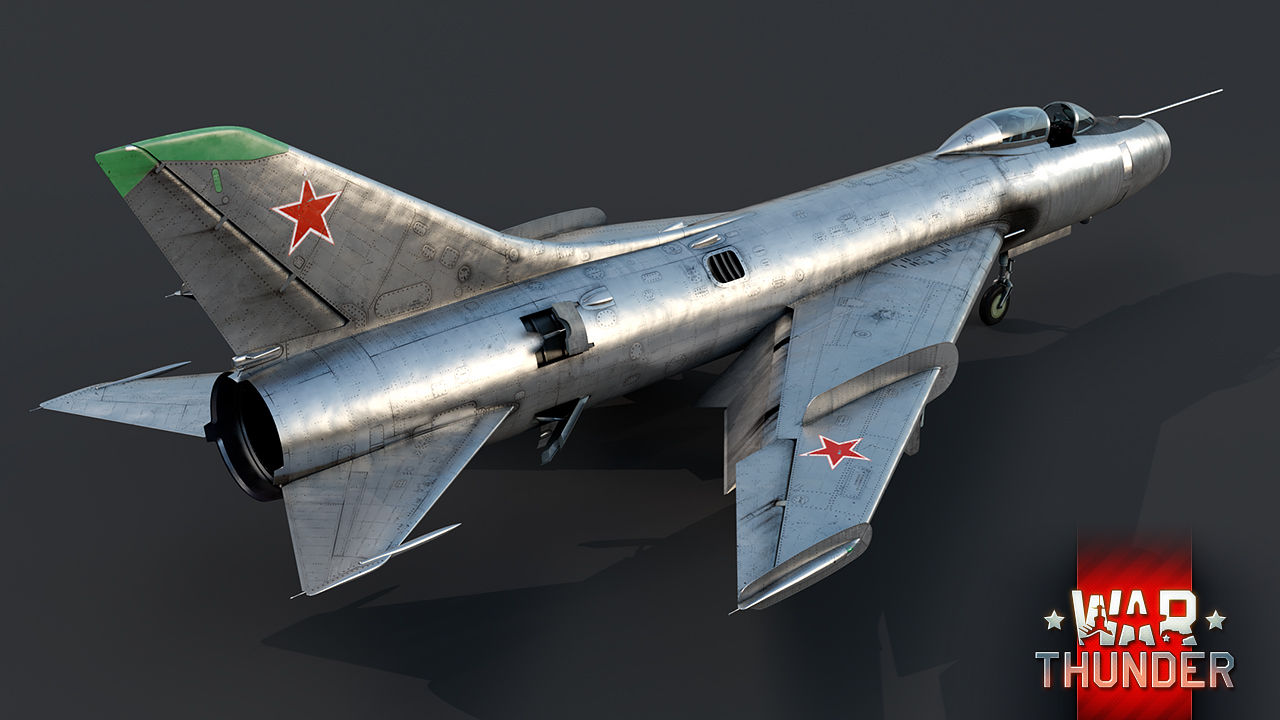 In our game, the Su-7B will appear in the next update of War Thunder: Starfighters at rank VI in the USSR combat aviation tech tree. With this model we begin the addition of the Sukhoi attack aircraft to the game, well-known combat machines that took part in a number of armed conflicts of modern times.

The Su-7B is a supersonic attack aircraft, capable to quite effectively support ground forces in mixed battles, destroy enemy helicopters, but devoid of air-to-air guided missiles to battle the fighter-interceptors. The Su-7B reaches a maximum speed of almost Mach 2 (more than 2150 km / h), but the Su-7B has obvious problems with maneuvering at high speeds. The offensive armament of the aircraft is a pair of 30mm NR-30 cannons with a stock of 80 shells per barrel. These are well suited for the destruction of helicopters or even light vehicles - SPAAGs, IFVs, or ATGM carriers.

Mounted weapons are what is definitely worth developing in this aircraft. The overall payload is relatively small - up to 2 tons, but the armament is quite diverse. There are bombs in the presets of 4x250 kg and 4x500 kg, S5K rockets in containers (64 in total), and new to the game, S-3K armor-piercing high explosive rockets (28 at once), as well as huge S-24 rockets (4 rockets maximum). This aircraft was designed to inflict quite a lot of damage at high speed on one or two targets in one fire raid. Hit, climb, hide from anti-aircraft guns - hit again!

In general, the Su-7B is a very good aircraft for combined battles or ground attack missions at the high ranks of aviation game modes. It is not perfect, but has its own useful and distinctive role in the game. The Su-7B will appear in our hangars with the release of the next update of War Thunder: Starfighters very soon. See you there!

Commenting is no longer available for this news
Rules
Deagle_SVK
1

nice to see that attackers are still thing in WT

WHOOO FINALLY SOME RUSSIAN CAS! This line opens so many options for Russia. Cannot wait for the Su17 or Su7BKL!

Russian CAS is good but its not good as US CAS. most of US planes where designed to CAS and thats why they are so good in mixed battles

netanelyat, Это не ваши CAS хороши, а улитка лижет жопу западному сегменту игроков. It's not your CAS that's good, but the snail is licking the ass of the Western segment of players.

Factually Su-7B should not have CCIP ( i believe it had RWR but not 100% positive ) . If they give it CCIP then they should rename it BKL and give it AGMs

Raldi92, It did have CCIP. It has a calculating gunsight that also works for rockets.

Still obsolete CAS compared to what others get , still not AGM ........ tell me more about that new doctrine ..... all i see is same old same old !

Raldi92, Не просто так на 1 апреля Т-90 тестили вместе с Леопард 2А5. Т-90 должны были ввести вместе с Леопард 2А5. Ты признаёшь что Т-90 сильнее М1А2 Абрамс? For a reason, on April 1, the T-90 was tested together with the Leopard 2A5. the T-90 was supposed to be introduced together with the Leopard 2A5. You admit that the T-90 is stronger than THE M1A2 Abrams?

Oh, but of course the USA is getting another CAS with guided weapons