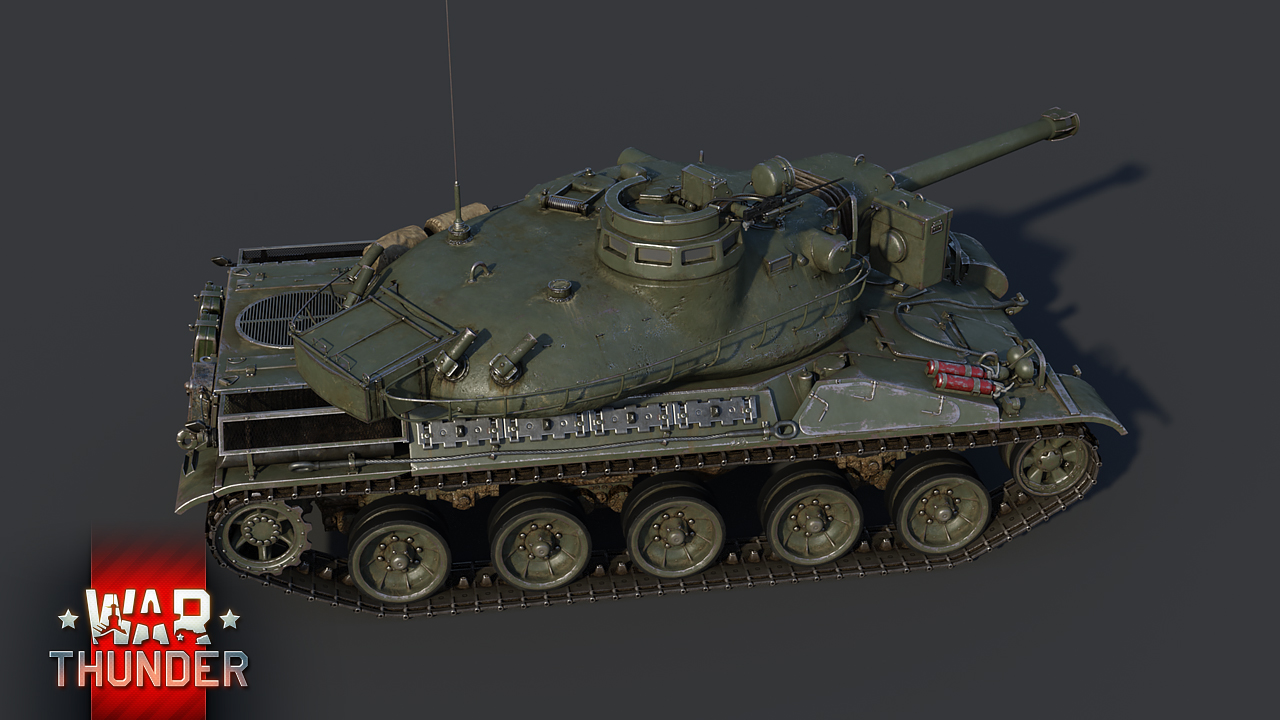 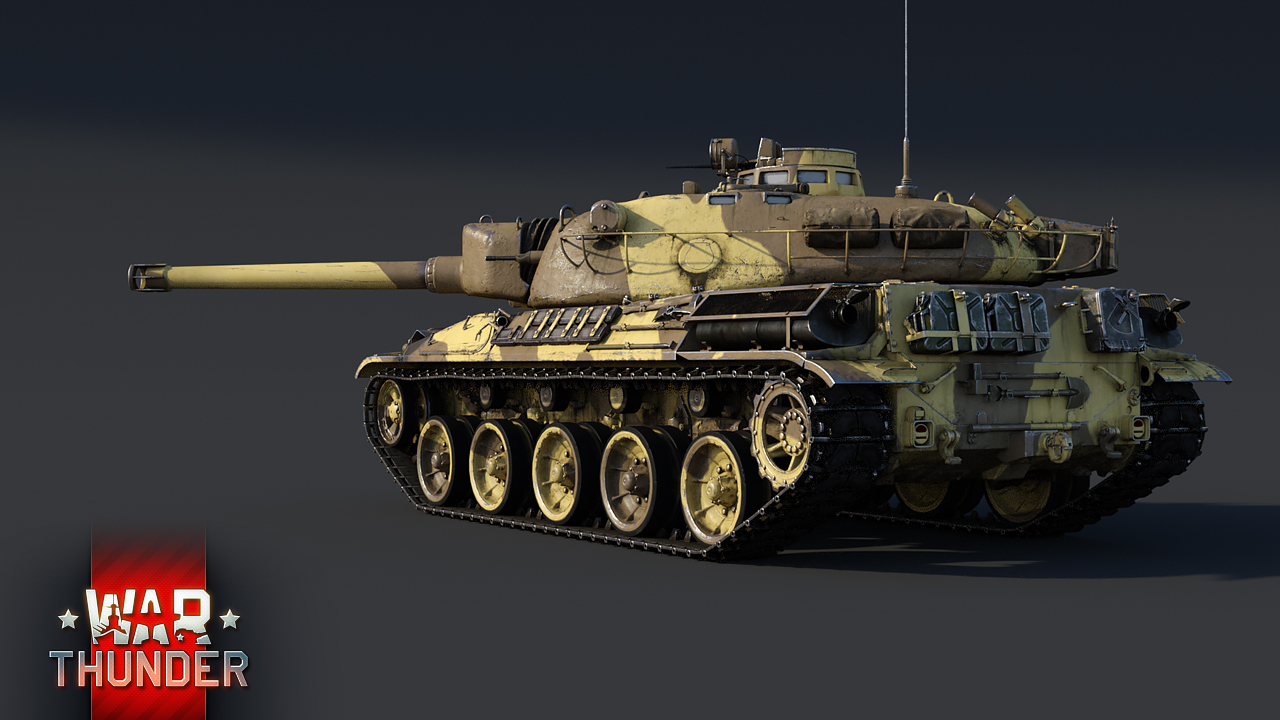 The ACRA (Anti-Char Rapide Autopropulsé) research and development program launched in France in 1961 and designed as a supersonic anti-tank laser-guided missile, which was to be equipped in any of the tanks in service with the French armed forces, or one of those under development at the time. By the final stage of testing the laser guidance system, (which was the first of its kind in the world), state funding for the program was suspended due to high associated costs. Work, however, was continued by GIAT at its own expense, which hoped it would receive government orders in the future. Engineers chose the AMX-30 as a platform to carry the missile. The relevant turret equipment included a new smoothbore tank gun-launcher, a sight, and a guidance device. Tests for the new complex anti-tank targeting equipment were successfully completed by 1974, though it was never accepted and placed in service. The main reason being the prohibitive associated costs of the targeting equipment in the missiles, as well as the inability to use the guided missiles without a tank gun. Preference was instead given to the HOT ATGM system which, by then, was in the final stages of testing.

The French government may not have agreed to pay the required 1,000,000 francs for the guidance complex and 30,000 for each missile, but in War Thunder, players will be able to afford these luxuries much more easily! The AMX-30 ACRA is arriving in War Thunder with update 1.93 as one of the rank  VI tanks in the French tech tree. The tank is equipped with a unique cannon launcher, a 142 mm smoothbore gun, developed under the ACRA program. Players get two types of ammunition to choose from - a HE fragmentation round, and the ACRA ATGM itself, capable of penetrating up to 800 mm of armour. Munitions tests showed that the laser was able to guide the missile toward targets at distances of more than 3 km, at supersonic speed. The turret’s frontal section is amended to fit a new sight and guidance device, and as for the remaining aspects - the protection, crew, mobility and maximum speed - the new tank shares components with the AMX-30 (1972) already familiar to French tank enthusiasts.

We have recreated the AMX-30 ACRA for the game with minor differences from photos of the prototype. In particular, some elements correspond to serially produced tanks, and equipment necessary for guided missiles to fully function has been added

The AMX-30 ACRA, with regard to gameplay, competes with the American M551 “Sheridan” in that it is very dynamic ATGM carrier with excellent missile firepower. Among the advantages mentioned, first of all the guided missile itself has very competitive armor penetration, speed and range. The ATGMs rate of fire is approximately four missiles per minute, which is very good. Another advantage is the good, but not outstanding dynamic qualities. Disadvantages include the lack of any decent protection that are inherited from rank V tanks. It is capable of protection from bullets, fragments and shells from small-calibre guns, but nothing more.The AMX-30 ACRA has no anti-aircraft rapid fire gun, and the machine gun on the commander's cupola is of a rifle calibre.

In short, the AMX-30 ACRA is a good and interesting tank of rank VI, with its pros and cons. It feels fine even in a setup with the Leclerc MBT, and its feels completely comfortable in any battles of the V-VI ranks. Meet the new high tier French vehicle in the War Thunder update 1.93 “Shark Attack”!

Commenting is no longer available for this news
Rules
Wolf_89
21

I'm some what surprised that you added this. But glad you did :) Hope to see some more AMX-30 tanks in the future. Maybe something with a gun stabilizer :)

We desperately need the AMX-30C2 in the TT. But this is a good thing ot have...definitely. If it plays like it did on the dev server this thing is gonna be FUN.

Conte_Baracca, Agree. This is most likely the first high tier vehicle i will get. When the patch drop. I do like all my AMX-30's :)

I've personally been waiting for this ever since French Armor came out... NOW, TIME TO LAUNCH SUPER-SONIC BAGUETTE INTO THE SURPRISED PIKACHU FACES OF MY ENEMIES!!

So japan doesnt deserve anything this time?

The issue is that japan can get a few more top tier tanks with minicule improvements. I hope they work something out

GeneralLee2000, I think they could really benefit from breaking down the Type 74 into multiple variants.

They're getting the Sendai, but that's about it for now.

Considering it's been 2 years since the French GF tree release, I'd say between 2028 and never, depends how confident you are, really.

That would be sweet.

"The French government may not have agreed to pay the required 1,000,000 francs for the guidance complex and 30,000 for each missile, but in War Thunder, players will be able to afford these luxuries much more easily (if you have a premium account and no life)!"

It's really not that hard to grind dude. If you don't like supporting developers with things like preim time or subscriptions, than gaming isn't for you.

For now, make do with shooting down helicopters 10km away with your Type 87

How about you gave us a T90A

I would like to take your entire stock of AMX-30 ACRA tanks.

Excuse me but are you this individual? https://twitter.com/elenakoshkaxoxo

This is the ugliest thing I've ever seen.

It's part of the charm, lol

How is it expensive it ain't even a premium!