The VL Pyörremyrsky is a Finnish late war prototype fighter aircraft, developed in an attempt to secure Finland’s independent domestic fighter production in the face of the worsening war situation. Despite never making it out of the prototype stage, pilots will soon have the chance to take to the skies in the highly interesting VL Pyörremyrsky in War Thunder’s upcoming update 1.93!

Briefly: A late war Finnish prototype fighter, designed to match the German Bf 109 in performance, but optimized for domestic production in Finland.

The first two aircraft from the Swedish air forces will be available in upcoming update 1.93 “Shark attack”. The closed beta-testing of the Swedish air tech-tree will begin later, in the following War Thunder major update.

In late 1942, realizing that their dependence on foreign military equipment is a great weakness in wartime, the Finnish government issued a set of specifications for a domestic fighter design in an effort to address this problem. At the same time, plans were being assessed for the viability of creating a domestic licence production of the Bf 109G - a fighter already in service with the Finnish Air Force at the time.

However, due to the limited resources and production facilities available, domestic licence production wasn’t possible and an independent design was favoured instead. Thus, an order for the construction of two prototypes of the new design was ordered in April 1943. The aircraft was built around the DB605 engine, the same one used on the Bf 109G, which resulted in the entire nose section of the machine being copied over from the German counterpart while the rest of the plane was of entirely unique design and even addressed some problems faced by the Messerschmitt, such as the troublesome landing gear.

However, with the worsening war situation and eventual ceasefire, development of the VL Pyörremyrsky (“whirlwind” in Finnish) slowed down. The sole completed prototype undertook its maiden flight in November 1945 and was test flown for roughly 30 hours before being retired in 1947. Interestingly, the prototype of the Pyörremyrsky survives to this day and is on display at the Aviation Museum of Central Finland in Tikkakoski. 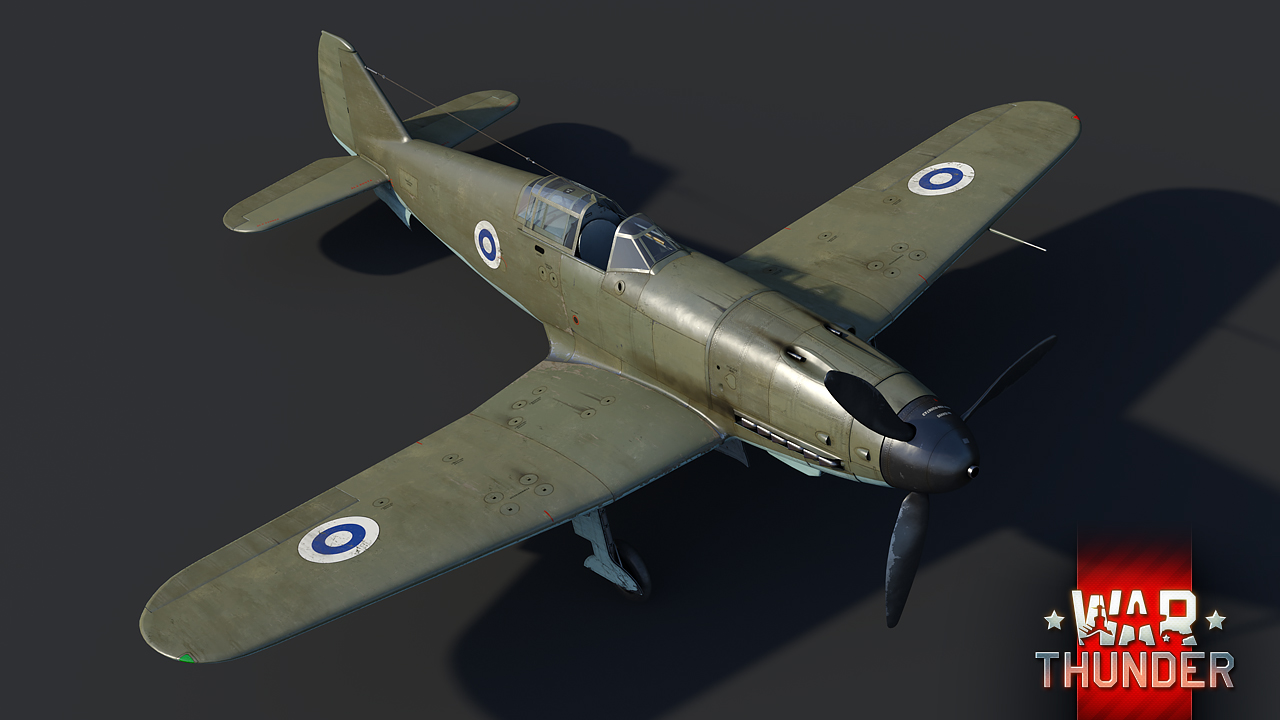 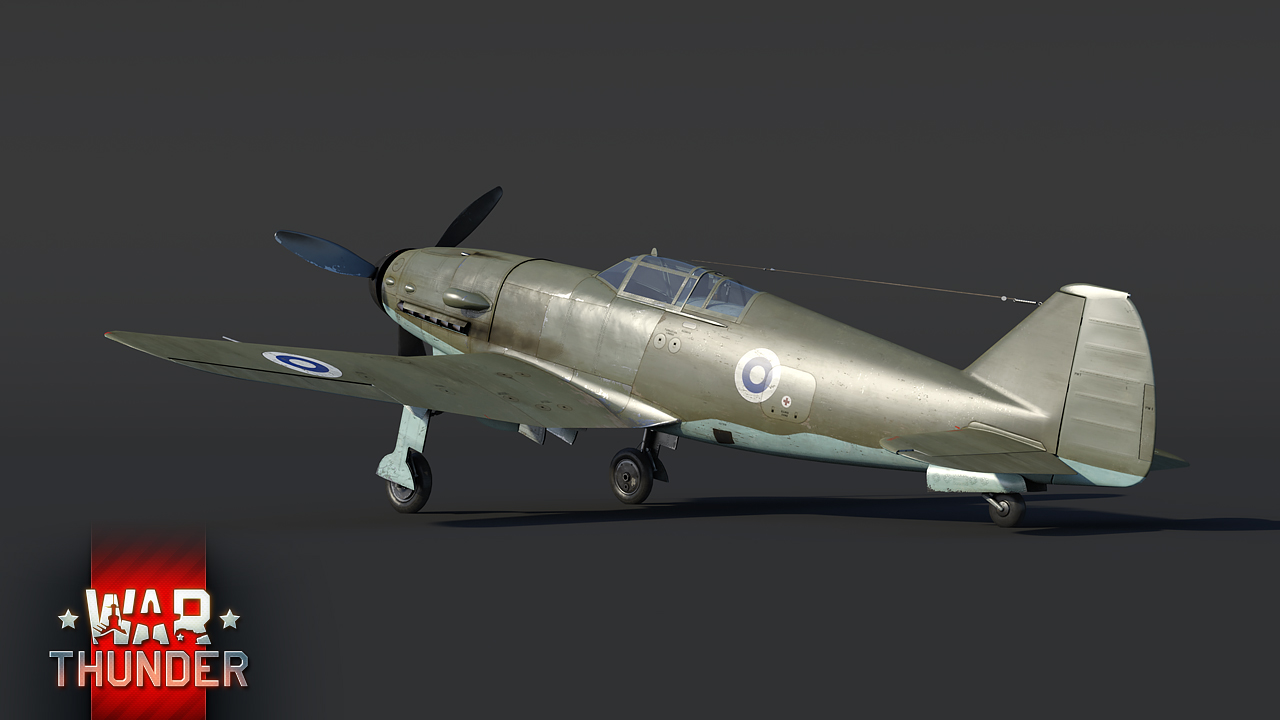 In War Thunder, the Pyörremyrsky will not only be a highly interesting, unique and no less powerful aircraft in itself, but it will also be among the first vehicles available in the game as premium aircraft part of the new Swedish tree, coming to the game in the next major update. Additionally, being a premium machine available as part of a special pack in our online store, the Pyörremyrsky will offer its prospective owners full access to the Swedish aviation tree for the duration of its initial closed beta testing period in update 1.95!

The Pyörremyrsky can most easily be described as an attempt to create a machine nigh identical in performance to the Bf 109G, but adapted to the production capabilities and resources available to the limited Finnish wartime industry. As such, Finnish engineers fitted the Pyörremyrsky with the DB605 engine, the same one used on the German fighter, thus allowing the Pyörremyrsky to reach a maximum top speed of 620 km/h at an altitude of 6,400 m.

Fun Fact: The Pyörremyrsky received its factory number PM-1 based on the nickname “Puumersuksi” or “Wooden Messerschmitt” given to it due to its similarity to the Bf 109.

Not only is the Pyörremyrsky a close match to the Bf 109G when it comes to speed, but the Finnish design also offers a similar degree of maneuverability as its German cousin. As a result, veteran Bf 109 pilots will have no problems switching over to the Pyörremyrsky and vice versa, while newer pilots can look forward to a highly capable, fast and agile fighter aircraft, ideally suited for energy fighting at medium altitudes.

Although the armament of the  Pyörremyrsky isn’t as stellar as its flight performance, it’s certainly nothing to be ashamed of and will most definitely get the job done during dogfights. Namely, the aircraft is armed with a single 20mm MG151 cannon and a pair of 12.7mm heavy machine guns, all of which are housed within the plane’s nose section.

The Pyörremyrsky is coming to War Thunder as part of the upcoming update 1.93 and will give each pilot the chance to prove their sisu behind the controls of this highly interesting fighter aircraft. In the meantime, stay tuned to find out what else update 1.93 has in store for you. Until then, clear skies and happy hunting pilots!

Commenting is no longer available for this news
Rules
Manfred_Albrech
28

scout78, HOI4 reference? I love it

AG3F2, "HAKKAA PÄÄLLE " - one of the few Finnish sentences I know. I dated a Podunk girl from Minnesota, once. She used to scream that at...ahem...intimate moments. ];)

I concur. The "-ksi" is a suffix that has about the same meaning as the preposition "as" in English (though not quite). So the sentence "Lentokonetta kutsuttiin Puumersuksi" in Finnish means roughly "The aircraft was nicknamed as Puumersu".

Who doesn't love Finn stuff? This is a cool addition and I like how you are incorporating other Nordic countries into the "Swedish" tree. Looking forward to the Frankenstein MS410 and the BT42!!

scout78, The list is long but distinguished :-) I was just bringing up some of the most requested things I've seen. Finland as a "backup" to augment Sweden is an idea I wholly approve of as we will get to see a lot of cool stuff. Can you imagine a Finn T-72M1 as the Top Swedish TT Premium Tank?

Don't call it "Swedish", when it is Swedish. Rather call it Swedish without the quotation marks, doofus.

LalamaC_731, I think he meant, if other nations get added it won't be THE Swedish tree anymore.

Why is there a Finnish plane in a Swedish Tech Tree?! YOU MANIACS!!!!!

Some people just want to watch the snow melt.

Ouiche, Wait till he sees the Chinese tree

Soumi is svens special little brother who he buys all of his booze and vodka from. It makes sense to have them in the swedish tree

*Kipn__, No sweden is a dumb version of Finland. And we buy our alcohol from Estonia and Russia.

It's nice to see this plane in game; however, personally, I would have rather seen it in the German tech tree. A large number of vehicles that Finland used, such as the Ju 88 A-4, Bf 109 G-2/G-6, StuG III, Pz.IV, as well as the Finnish Hawk and KV-IB are all there. Having Finnish vehicles in two different nations will make using them together more difficult, since no lineups can be made. For example, if the BT-42 gets added, it would be nice to be able to use it with the Hawk H-75 in Tank RB.

Yeah its the issue as with Romanian and Hungarian vehicles

Oof "Baltic Whirlwind", should've called it "Nordic Whirlwind" because that makes more sense or I am missing something.

I dunno. Can baltics into Finland?

Well Finland is next to Baltic sea so there is that

scout78, Would make more sense to call it Nordic because it is going to Swedish tree which is Nordic and it's Finnish plane and Finland is Nordic

I've been waiting for this plane for so long! BT42 when?

Suomi on mahtava! Had to Google Translate that. Hope it works.

This plane was mass produced, the remaining hundred are just hiding in the snow.

I have heard they are hidden in same barrels as Surströmming is prepared.

Stona_WT, it's a finnish plane so they are hidden in big boxes of Mämmi

Does this mean that we get Väinämöinen-Class(Finnish coastal defence ship) as permium in Swedish ship tree?

PREUSSI, If that happens I guess I'll start with the navy stuff. Seamen and what not...

Can I fly this plane in the Simulator EC mode during patch 1.93? Or would I need to wait untill 1.95 when you add more planes to the tech tree? If the plane is not be available for SB EC until rest of the tree comes out, it might be a wise decision to mention this on its Store page.

The devs said it will be available in sim EC yes.

Ouiche, But can you spawn into one? It really depends on its BR in SB mode