Development of the Centurion Action X began in the early 1950s. The aim of the project was to improve the Centurion’s ballistic protection by fitting the vehicle with the recently developed ‘mantletless’ turret design. The turret was fitted on a Centurion Mk.7 hull and featured thick, heavily sloped surfaces which further increased its effectiveness.

Furthermore, the vehicle was tested with both the QF 20-pdr as well as the 105mm L7 cannon. In the end however, only a couple prototypes were built and tested in addition to a few turrets being used separately for ballistic trials. The Centurion Action X never passed the testing stage and was thus also not ordered into production. However, the experience gained during its development, specifically regarding the use of the mantletless turret, was later incorporated into subsequent tank designs such as the FV4202 and the well-known Chieftain main battle tank. 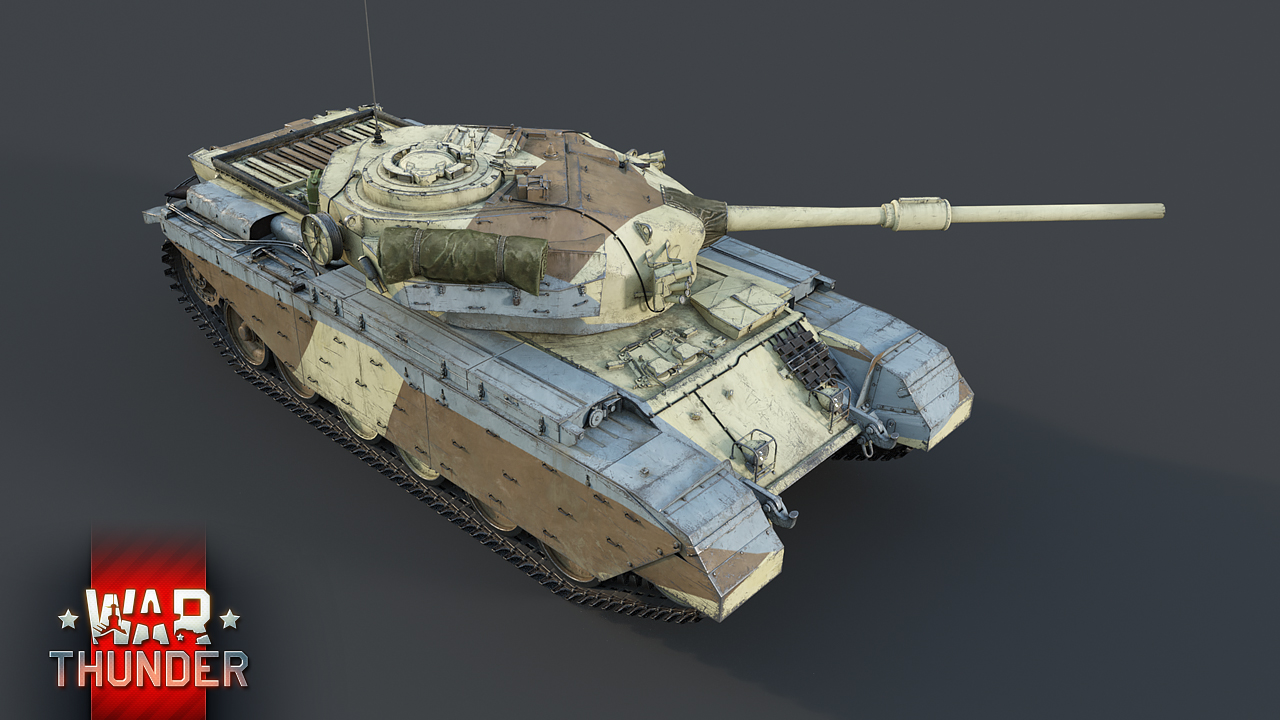 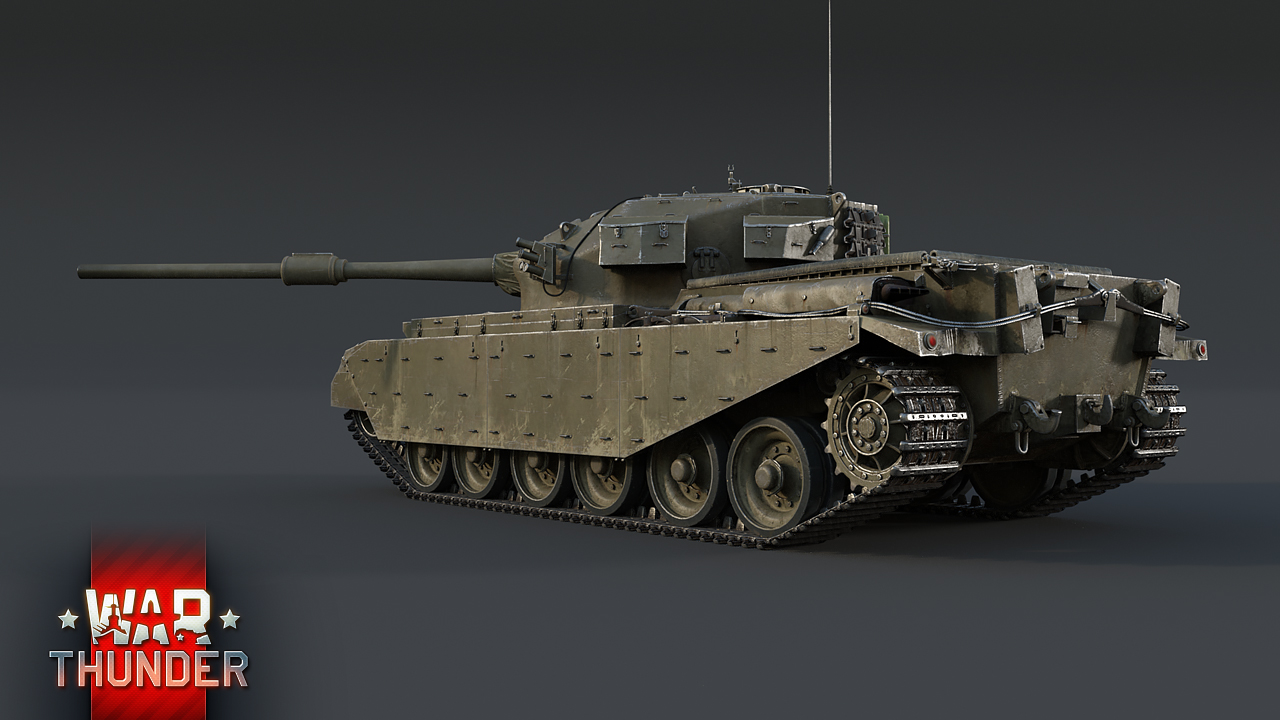 The main feature which makes the Action X one of the more unique variants of the Centurion tank is undoubtedly its turret - a highly unusual one for its time. The turret on the Action X is a so-called ‘mantletless’ turret, which some tankers in War Thunder may know from the FV4202 and Chieftain tanks.

Similarly to those vehicles, the turret on the Action X features very thick and highly sloped surfaces, giving it very decent ballistic protection. In fact, without a slope effect, the toughest parts of the Action X’s turret reach up to 240 mm in thickness. Such formidable armour protection will no doubt present itself as a tough nut to crack for most opponents and is even capable of giving some potent early Cold War ammunition a good run for its money.

However, still being a Centurion tank at its core, aspiring commanders of this machine should bare in mind the weaknesses typically associated with the Centurion - those being average mobility and comparably weak hull protection. In addition, being fitted with the QF 20-pdr (84mm) cannon means that commanders will only have a limited suit of ammunition types available to them. As such, good gunnery skills will be vital in defeating the opponent, especially more heavily armoured ones as every shot needs to count. Fortunately for less experienced tankers, the excellent rate of fire of the 20-pdr cannon may make up for the occasional botched shot sent down range since it allows for quick fire adjustments.

As a result, tankers will be best off utilising the Action X as a rearguard unit, further increasing its effectiveness by cleverly positioning the vehicle in a ‘hull-down’ position. That way, commanders will minimize the risk of less protected hull elements being hit, while only exposing the turret as the most effective part of their armour, thus maximising protection.

The Centurion Action X will become available for purchase to all players in the game for Golden Eagles following the release of the next major update and will not only allow them to speed up progression towards higher ranks but will also grant them ownership over a highly unique piece of British tank development history.

That’s all for today warriors! However, make sure to stay tuned to the news as we continue to reveal more information on what lies in wait for you in the upcoming update 1.93. Until then, happy hunting!

Commenting is no longer available for this news
Rules
Fuhrerius_HANZzZ
89

Premium?! i wish i could say what a suprise but i cant

u guys having financial problems??

Fuhrerius_HANZzZ, No it's the upcoming war with Turkey they need our MONEY for updating their T-80's, or they are trying to build more T-90's they only have about 150-200 of them real life.

Don't worry, we got plenty of none premium vehicles planned too :)

TheOnlyRyan, Someone called my name ?

The British tree is full of unique vehicles. There are only so many mainline production variants that can be added. Some, like this one are better suited as premium candidates.

Im with ya bud. I miss when we got WWII stuff instead of jets and mbts only.

Really hope the Japanese ground tech tree get some love in this patch, type 90 was added 1.79 and still being the only 10.0

Because they have nothing else, don't ask for anything you think you want but actually don't. Anything past type 90 will be like the type 16, entirely made up of random numbers because it's released post 2000.

Can any WW2 Aeronautics and Tank fans expect something in this update or will it just be more premiums, super-sonic jets and naval?

Don't complain. There is more WW2 than anything else. Apart from that they need to work on more modern things aswell so just wait

i agree with war_gaming. there's plenty of ww2 stuff. sure it's nice to have some fresh stuff every now and then but the primary focus is modern stuff.

SniperNazul, So when you have all the WW2 vehicles, do you expect us to not want it anymore?

what a surprise... ITS A PREMIUM

ok but what about my ouiaboo needs ? What about the Mirage 3 ? The Etendard ? Both ?

If they present the premiums first, do you want the Mirage to be a premium only then? ;) I mean it's only logical that we only know about two new vehicles after two devblogs and past experience says there will likely be more devblogs incoming, so complaining makes little sense. That said I agree (as a German) that the French better get something good next patch! :) Mystere IV, Mirage III, Etendard and Jaguar? Plus maybe a tank/IFV/APC/TD or four? :D

Husar, I've been here since 2013, don't worry I know full well their methods and calendars. That said, one could argue that any decent French plane is late by several patches by now, just like the AMX 13 105 that hasn't been introduced on the release of the French tree or ever since (we're talking update 1.75 here, literally 2 years ago) ;)