One of the best modern attack helicopters is coming to War Thunder: the famous Russian Mi-28N Havoc! 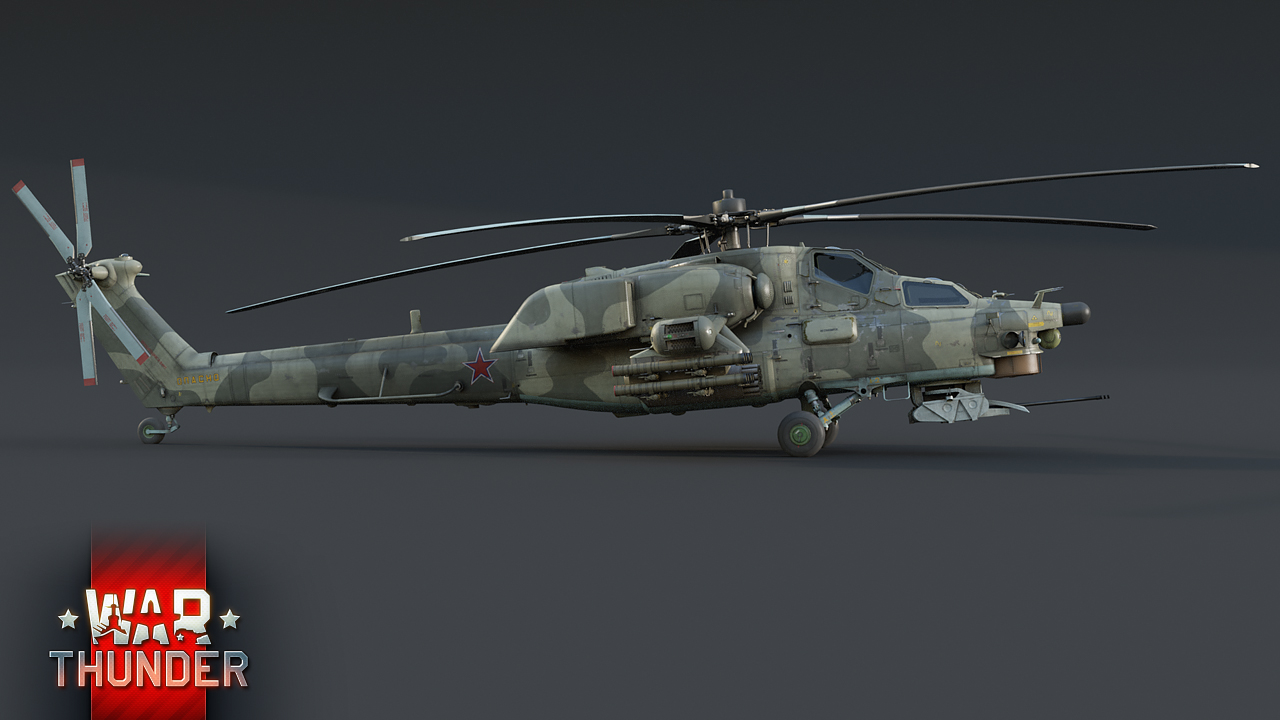 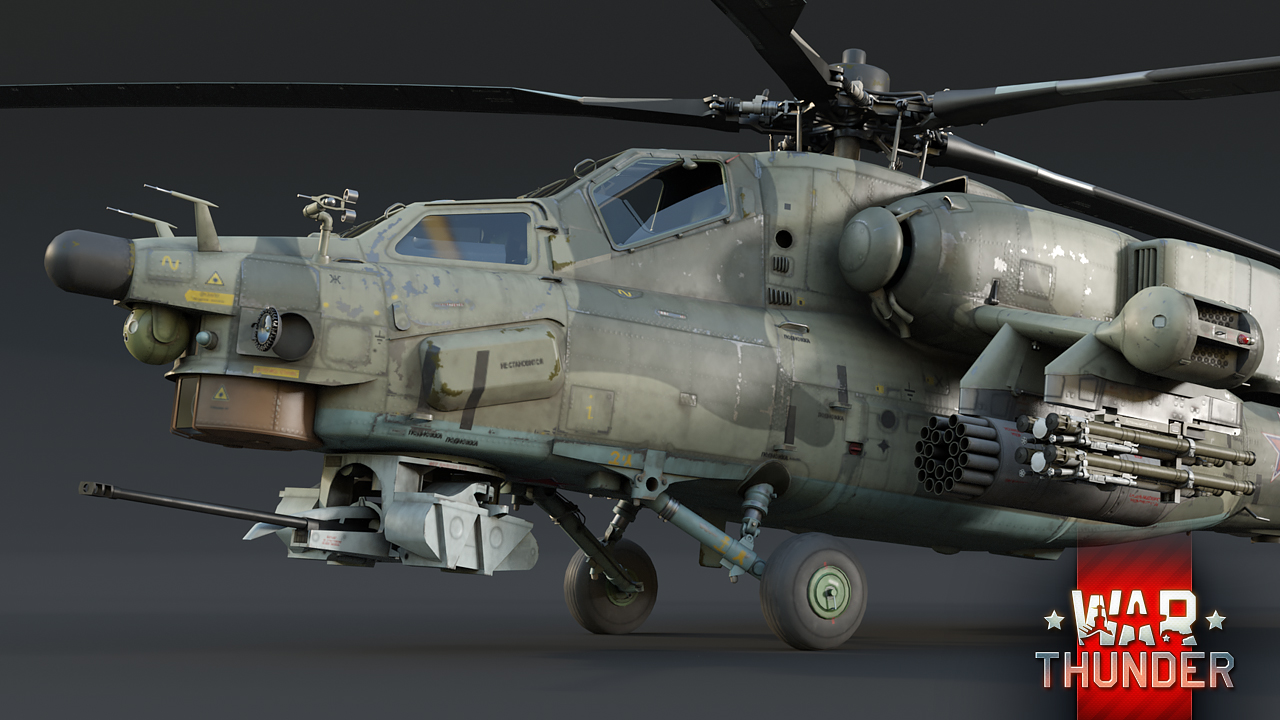 As demonstrated in the Soviet-Afghan war and other scenarios where helicopters were used by other countries, the Soviet Army needed a pure attack helicopter capable of, among other things, efficiently destroying enemy armoured vehicles. In 1976, after the Soviet Council of Ministers announced a competition to develop a new rotary-wing attacker, two distinguished design bureaus threw their hats into the ring: Kamov and Mil. Kamov engineers ended up being the first to present a new kind of Russian helicopter for testing: the well-known Ka-50 “Black Shark” was put into service in 1993.

Mil’s team of engineers and designers focused on perfecting an upgraded version of their baby, the Mi-28A, for year-round day and night use in any weather conditions. The project was called Mi-28N (“product 294”), and the “Night Hunter” ended up becoming the Russian Army’s primary attack helicopter.

The Mi-28N is currently mass-produced for the Russian Army, and the helicopter is also exported to Iraq and Algeria. The vehicle received its baptism of fire as a part of the Russian Aerospace Forces in Syria, where the Mi-28N participated in the liberation of Fallujah by the Iraqi Army, the battle of Ramadi, and other operations.

The Mi-28N Havoc is the new top-ranking vehicle in the Soviet/Russian helicopter research branch. It’s a modern attack helicopter with all the latest military technologies for its class.

In combat, this helicopter can vie with live enemy forces, lightly armoured vehicles, tanks, and even aircraft, and it’s also capable of defending itself against AA systems and artillery. All of this can be found in the celebrated Havoc. It has a 30mm 2A42 cannon installed on a rotating turret on the nose of the helicopter (the same one as on the BMP-2), and its AP feed can easily take down any AA vehicle or hit the side or top of a tank. Like any other modern attack helicopter, the Mi-28N features a massive variety of suspended armament and combinations thereof.

This includes gun pods with 23mm cannons and rocket launchers, but the coolest thing of all is that it has guided missiles! Once you research the level 1 modification, the 9M120 “Ataka” is unlocked: the hefty, heavy-hitting ATGMs that should already be familiar from the Mi-35. The Mi-28N can carry up to 16 of these missiles. For airborne targets you can install up to eight 9M39 “Igla” missiles. These are excellent modern air-to-air missiles with infrared guided warheads.

Incidentally, you can take weapons for every potential situation into battle with you at the same time: 2x20 rocket launchers, eight ATGMs, and 4 “Igla” missiles. That should be enough for everyone! Needless to say, the Havoc also has heat traps and thermal imaging – these technologies are mandatory for top-ranking helicopters in our game.

The Mi-28N has speed characteristics that are similar to those of the Mi-35, but it’s significantly more dynamic and controls better. The Mi-28N is famous for still having the best passive defence of any modern attack helicopter – its entire cabin is protected by armour (including transparent armour). The Hunter’s entire internal compartment is essentially a modular armoured pod. These defences won’t protect it from a direct hit by a missile with a guided warhead or a volley of AA armor-piercing shells, but they do provide reliable protection against bullets, shrapnel, and small-calibre high-explosive rounds.

All in all, the Mi-28N is, without a doubt, one of the best helicopters in the game. It features excellent flight characteristics, powerful universal armament, and lots of technological “extras” typical of top-ranking helicopters, all in the Havoc coming in update 1.93! We can’t wait!

Commenting is no longer available for this news
Rules
CNEVEOnline
30

The day humanity discover life on Mars, i'd be really disappointed if there is no vehicle request from War Thunder players during the press event. :D

Ouiche, There would no doubt also be questions raised regarding how these lifeforms can even be sustainable in that hostile atmosphere - given the lack of "compression" on Mars.

This is not mirage III

You have a keen eye.

Or the Electric Lightning

This is literally the fourth Dev blog. The update wont happen for a good couple weeks. Be patient.

Nice work on the model. Can we expect a newer MiG-21 model? Perhaps MiG-21PFM?

I guess at some point we'll add more, but we added 2 of them last update so... we're probably not add another one right now.

Ouiche, Can we expect the lightning this update? getting pretty bored fighting things we can't catch...

ShimakazeChan, The 1st Gen MiG-21... which isnt anything like the later Fishbeds having a weird 30mm cannon with not enough ammo to be a convenient plane, missing thrust and bleeding energy as hell and just being more of an annoyance than a threat because its just a plane that can be handled by veterans who know what they are doing and having good aim with that hard to learn 30mm. With having only 2 S-24's as ground pound abilities and being much inferior currently to the predecessor the MiG-19..

Apache for both US and Britain as counterparta?

Bruh, the US have the AH-1Z

IAMTRIGGERED, ^^ how about the Apache for Japan instead so that they actually have something on the level of everyone else with helis

Nahh, you get a littlebird.

CorsairJazzCat, I would actually like to see little birds and black hawks added

prob no .... lol its okay mods, keep it at 3-4 each day but please tell the devs comunity loves you and your work, just be more open whit us !

Um Britain had already had an announcement this patch. America, Italy, Japan and China still need something announced.

Rokkerboyy, Yea some shitty premium cent that nobody gives a sh*t about... we want chally 2 battle package and supersonic jets!

British? "Go sleep and find them in your dream"