The Vickers Mk.7 is a British MBT, developed during the 1980s as a potential replacement for the Challenger 1 and for the export market. Despite the fact that it was never ordered into production, players can look forward to the addition of the highly interesting Vickers Mk.7, coming soon to War Thunder with update 1.93! 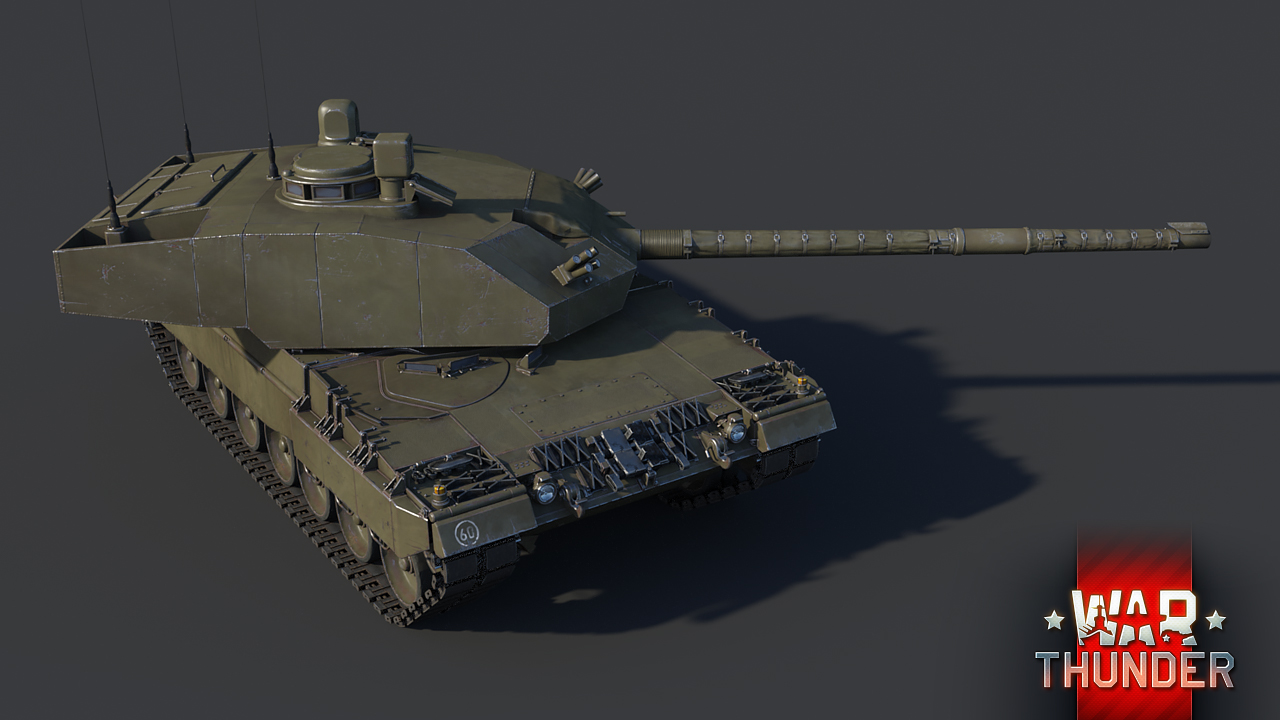 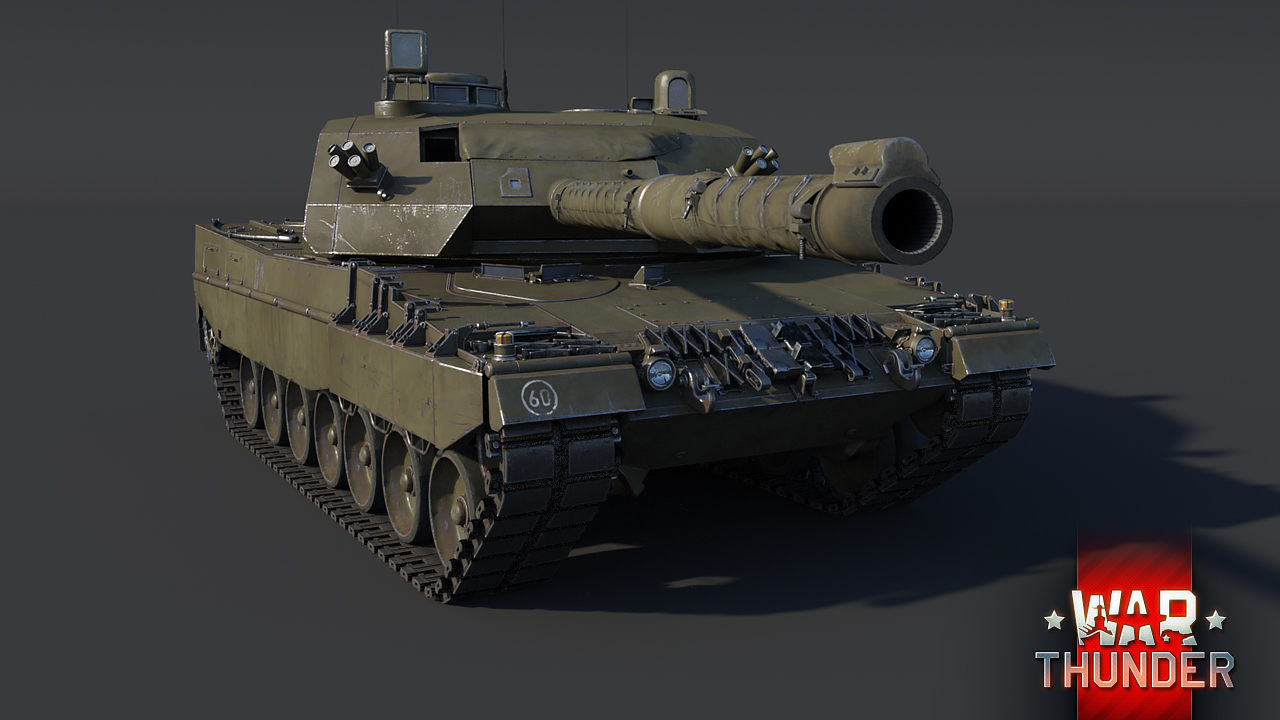 Following the failure of the previous Mk. 4 Valiant project, Vickers continued work on their design, confident in its success. As a result, Vickers developed the Mk.7 tank in the late 1980s on the basis of the previous Mk.4, hoping that it could be seen as a potential replacement for the Challenger 1. The new Mk.7 featured the existing turret of the Mk.4, though fitted to a Leopard 2 chassis.

Contrary to expectations, the British armed forces didn’t procure the Mk.7, and so, the focus shifted towards the export market, similarly as was the case with the Mk.4 Valiant. Vickers developed an improved version of the vehicle, capable of mounting a variety of different 120mm cannons, in an effort to attract foreign interest. However, the high cost of the Vickers Mk.7 achieved only the contrary, with potential foreign interest being lost to other, more economical designs on the market.

Additionally, by the end of the 1980s, Germany imposed a ban on military equipment sales to countries in unstable regions, mainly those in the Middle East. Vickers, using the German-built Leopard 2 chassis, was therefore prevented from making sales to the most promising potential buyer of the Mk.7 - the United Arab Emirates.

Due to the high production costs resulting in low foreign interest in the vehicle, as well as dependency on outside factors, further development of the Vickers Mk.7 was officially halted, with only a single prototype being built for testing. However, although the Vickers Mk.7 itself became, in the end, another failed project, much of the experiences gained during its development found use in the creation of the far more successful Challenger 2.

In War Thunder, the Vickers Mk.7 will be a new addition coming to Rank VI of the British ground forces tree with the release of the upcoming update 1.93. Combining the superb mobility of the Leopard 2 chassis with a well-protected turret and powerful main gun - a trademark of British tank design since the Chieftain MBT - the Vickers Mk.7 will help bridge the gap between the Challenger MBTs at the top ranks, while at the same time offer veteran British tankers slightly different dynamics than what they’re normally used to.

Tankers which have already familiarised themselves with the Leopard 2, at least as far as its mobility is concerned, will feel right at home with the Vickers Mk.7. Given that the vehicle uses the exact same chassis and powerpack found on early production Leopard 2 tanks, aspiring commanders of this machine can expect nothing short of excellent mobility levels, both on and off road, with the Mk.7 being able to reach a top speed of 45 mph (72 km/h).

Naturally, the protection offered by the Leopard 2 hull on the Vickers Mk.7 also remains identical to its full-blooded German counterpart, meaning that tankers may not want to necessarily rely on it to get them out of a tough spot, but it will prove itself useful against lighter weapons (such as autocannons and machine gun fire) and the occasional hit at longer engagement distances.

Having said a few words on the German part of the Vickers Mk.7, let’s take a closer look at the other, distinguishably British part - the turret. The turret of the Vickers Mk.7 was taken straight from Vickers’ previous experimental project - the Mark 4 Valiant MBT. The turret features composite Chobham armour and had the ability to house a number of different 120mm cannons found in the NATO arsenal. However, as the vehicle was meant for the export market, cost savings meant that the Vickers Mk.7 was fitted with thinner armour than the Challenger 1, resulting in less protection.

With the sole prototype being fitted with the British L11 cannon during testing, this armament will also be present on the Vickers Mk.7 in War Thunder. Along with the 120mm L11A5 cannon, tankers will have similar ammunition choices to those found on the Challenger MBT, meaning that the Vickers Mk.7 will remain a force to be reckoned with even at longer ranges.

The Vickers Mk.7 is coming to War Thunder as part of the upcoming update 1.93 and will become available to all tankers at Rank VI of the British ground forces tree. In the meantime, make sure to stay tuned to the news for all the latest information regarding the next major update coming to the game. Until then, happy hunting tankers!

Commenting is no longer available for this news
Rules
SPANISH_AVENGER
71

Now if only they fixed the several documented inaccuracies on the challenger 2 as well as patching the countless armor holes that means you die from artillery more often than not.

Ouiche, Finally British get some love :) Thanks

Why is everyone whining for the electric lightning? Like bruh is anyone even gonna grind one of the worst nations in WT to a mediocre top tier aircraft?

RoyalWaffles, Cause the brits need a supersonic jet. And im already there so Ill be ready as soon as its released.

This might be one of the ugliest tanks I have ever seen. And guess the Brit players are gonna keep whining about their jet until they get it..

This is what adult video do to people, unrealistic tank expectation. Say no to hull-shaming!

Ouiche, We truly do live in a society

ofc they will. And can you blame theme? Imagine flying reather weak performence-wise jets while there are mach 2 planes.

What is this? An actually decent tank for Britain? No way, I must be dreaming o.O

This is beautiful thx Gaijin now all we need is a supersonic plane for UK and everything is going to be perfect :,)

Lol no. Challenger 2 is a complete mess

first they should put a mach 2+ plane in all nation

caloue, i know but they will

Esavian, LOL go see the QeA, they said they will add SEVERAL mig21 variants so...... yeah