The Chengdu J-7 is the Chinese reverse-engineered counterpart to the Soviet MiG-21F-13, which first appeared in the mid 1960s. In upcoming update 1.91, pilots in War Thunder will have the chance to fly the later J-7II version - the crowning jewel of the brand new Chinese aviation tree also coming as part of the next update!

Briefly: A modification of the Chinese reverse-engineered version of the Soviet MiG-21F-13, boasting slightly better firepower compared to the original.

In the early 1960s, the Sino-Soviet relationship was quickly deteriorating. In an effort to improve relations, the USSR invited top Chinese military officials to Moscow to oversee the production of the state-of-the-art MiG-21 interceptor and to negotiate possible licence-production. However, further deterioration of relations had a negative impact on the agreement, but in the end, technical documentation and components of the MiG-21 were eventually shared with China.

However, Chinese engineers soon realized that the shared information and equipment was incomplete, thus making local production impossible at the time. As a result, a lengthy and painstaking reverse-engineering effort was launched. By the mid ‘60s, the first reverse-engineered J-7 was completed and undertook its maiden flight.

As series production just began, major unrests broke out in China following the start of the Cultural Revolution, which would go on well into the ‘70s. As a result, production of these early machines was met with great difficulties and only a few were built. In 1974, Chengdu Aircraft relaunched development of the project, continuing work on an improved design.

This new version, designated J-7II, first took to the skies in late 1978 and featured several improvements, such as a Chinese-built ejection seat, a reworked canopy and a more powerful engine with increased service time and improved consumption, among other changes. Shortly after the maiden flight, mass production of the J-7II began and went on until 1986 with around 375 machines being built. 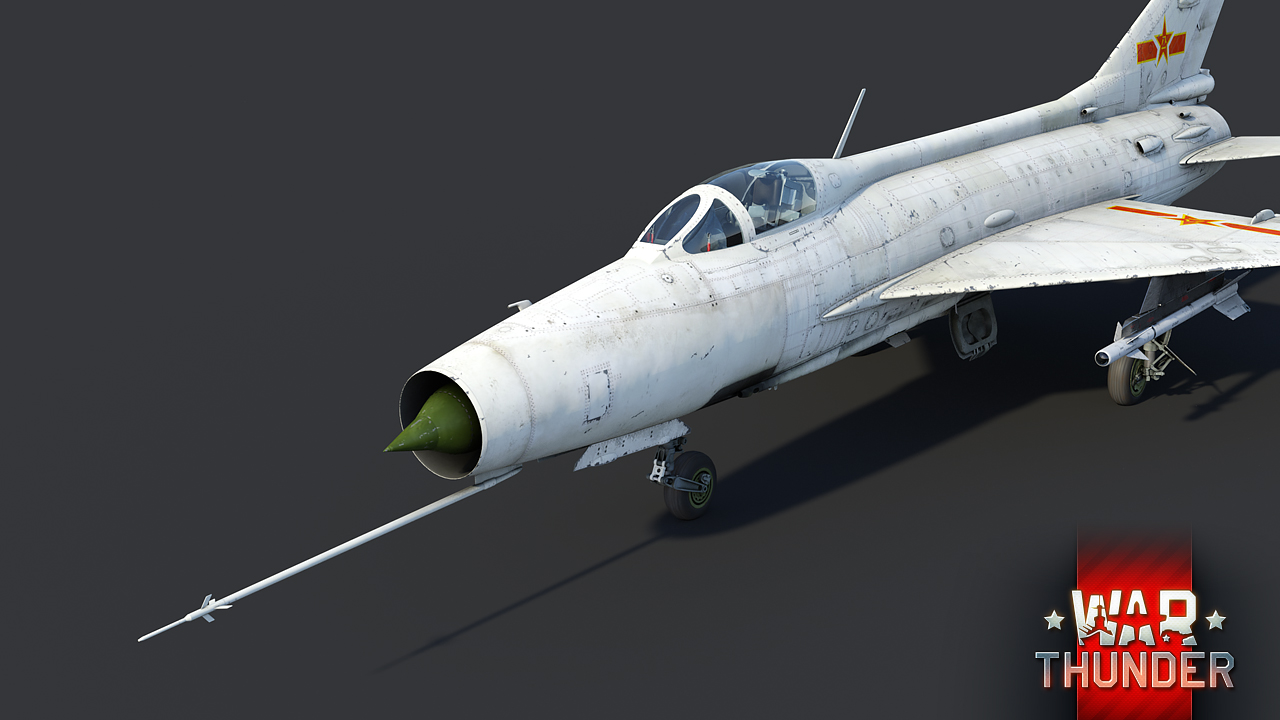 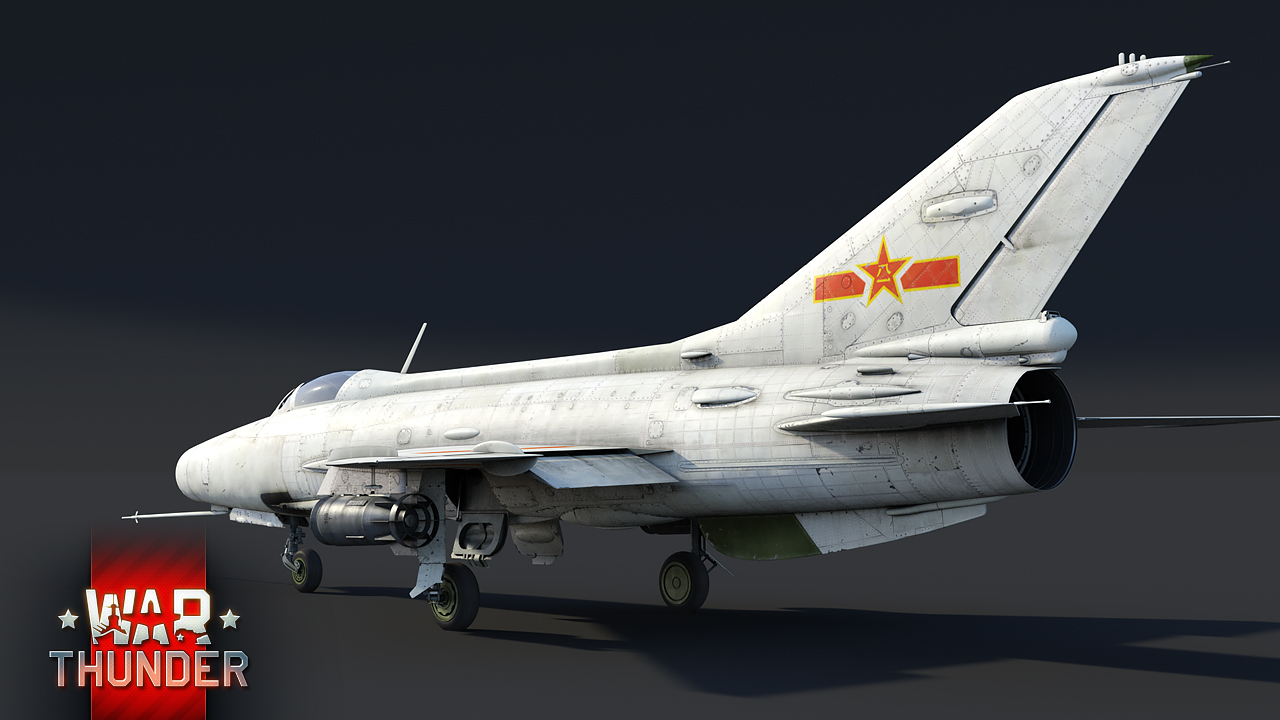 In War Thunder, the J-7II will be the top jet fighter available to pilots at rank VI of the new Chinese aviation tree, coming to the game as part of update 1.91. Compared to its Soviet counterpart - the MiG-21F-13, which is also coming to the game in update 1.91 - the J-7II shares much of its flight characteristics with the Soviet MiG-21, most notably differing in its firepower from the original.

The J-7II is equipped with a more powerful turbojet engine, which helps offset the increased weight of the J-7II in comparison to the MiG-21F-13. As a result, the J-7II retains neigh identical flight characteristics as the MiG-21F-13, being able to reach a top speed of 2,177 km/h (Mach 2,07) at an altitude of 13,000 m.

As already mentioned, the standout feature which differentiates the J-7II from the MiG-21F-13 can be found within its firepower. The J-7II’s primary armament is doubled in comparison with its Soviet counterpart:  instead of being fitted with only a single 30mm cannon with 60 rounds, the J-7II has access to two 30mm cannons and 120 rounds of ammunition in total. Though this might not seem like a substantial upgrade over the Soviet machine, it can still prove itself as highly useful during intense dogfights and may even play a decisive role in defeating your opponent. J-7II also has access to PL-2 air-to-air missiles, 2x16 rockets, as well as 2x500 kg bomb preset.

The J-7II will appear in player hangars following the release of upcoming update 1.91 and will represent the top machine available to pilots in the brand new Chinese aviation tree, also coming to the game as part of the next major update. Until then, clear skies and happy hunting pilots!

Commenting is no longer available for this news
Rules
DumbJoystick
0

Nope , in this update italy get 3 jet ,one Ariete and a Re

Gaijin what br will the Mig 21 be?

I cant wait for this update, it's looking friggin awesome so far!

MeeToo. We could have hot some ISIS pick ups chinese secret prison map.

once the russians get the MiG-21PFM or the 21bis, and when china gets J-7III

I have a somewhat offtopic question. Why did you remove ROC's (Taiwan's) flag?

aerocon, you are obviously ignornt