Briefly: A British interwar destroyer, comparable in performance with some of the other early destroyers already present in War Thunder.

HMS Grafton was laid down in August 1934 as the fifth ship of nine G-class destroyers being built by British dockyards in the interwar years. Almost two years later, in March 1936, the ship was completed and joined the ranks of the Royal Navy.

HMS Grafton spent her early service days as part of the 1st Destroyer Flotilla operating in the Mediterranean. During the Spanish Civil War, HMS Grafton assisted in enforcing the non-intervention policy alongside warships of other nations.

During the outbreak of WW2 in September 1939, HMS Grafton was undergoing refits at Malta, being called back to British waters in the following October. In early 1940, Grafton underwent minor overhaul work before being assigned to escort convoys  headed for Norway.

At the same time, the war situation in France was looking desperate with the start of the Siege of Calais. Operation Dynamo, the allied effort of evacuating cut-off troops from Dunkirk, commenced shortly after. HMS Grafton answered the call and assisted with evacuating troops from the 27th, May 1940.

Two days later however, HMS Grafton spotted survivors of the previously sunk destroyer HMS Wakeful and stopped to commence rescue efforts. Stationary, Grafton presented herself as easy prey for any attacker. Soon enough, she found herself in the crosshairs of the German submarine U-62.

Although severely damaged by the torpedo attack, HMS Grafton stayed afloat long enough for her survivors to be rescued by the destroyer HMS Ivanhoe. Realizing the extent of her damage, the decision was made to scuttle HMS Grafton by gunfire from Ivanhoe. After the shelling, HMS Grafton quickly sank to the bottom, marking the end of her service life and contribution to WW2. 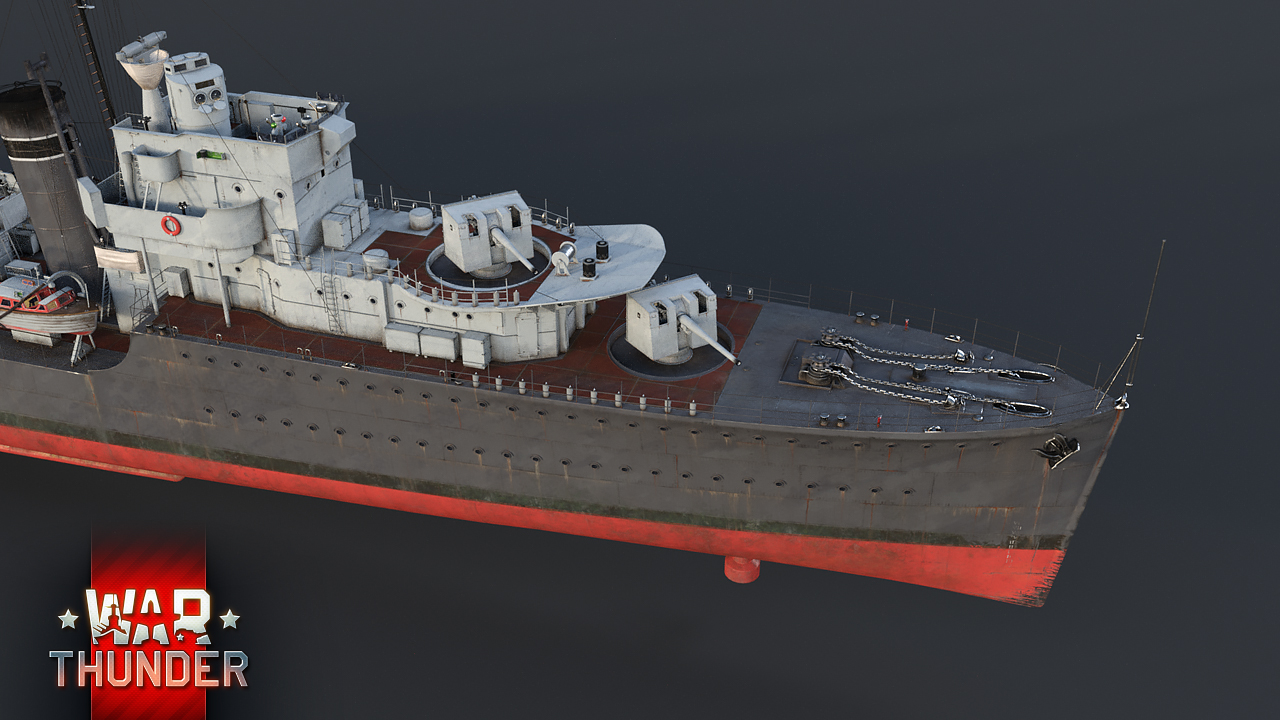 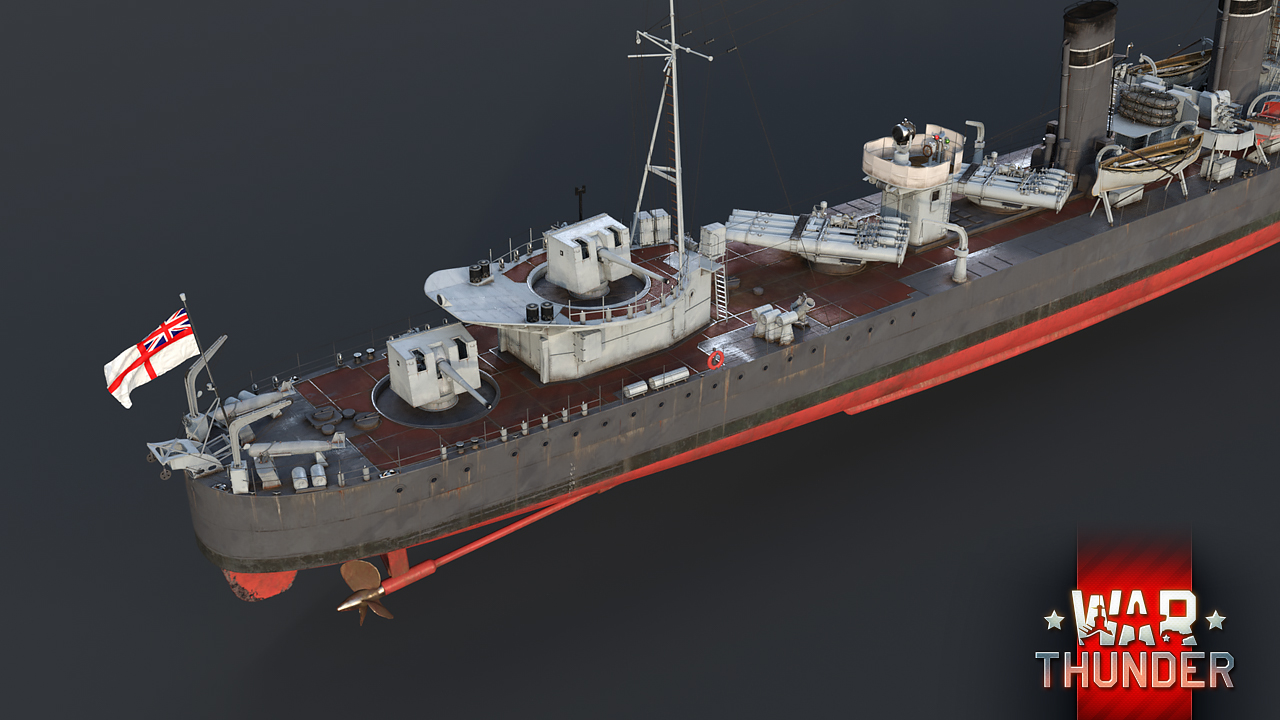 In War Thunder, HMS Grafton will be among the first destroyers players will be able to obtain after progressing through some of the early ranks. The ship is operated by a rather small crew of 146 sailors. The ship’s propulsion system is cranking out 34,000 horsepower, bringing the ship up to a top speed of 31.5 knots (58 km/h).

The primary armament of HMS Grafton is, once again, comparable to contemporary destroyer design. Comprising of four 4.7-inch (120mm) cannons spread across single mounts on the bow and after end of the ship, the Grafton packs a respectable punch and is able to comfortably take on destroyers of similar rank and smaller vessels. For larger fish, Grafton is also equipped with two quadruple 21-inch (533 mm) torpedo launchers mounted mid-ships for excellent firing angles on both sides. The anti-air protection consists of only two quadruple Vickers heavy machine gun turrets situated behind the ship’s bridge. Therefore, future captains of HMS Grafton are advised to stay close to allied ships with better AA capabilities in order to stay safe from air attacks.

HMS Grafton will be available during the CBT of War Thunder’s Royal Navy to all aspiring commanders of this vessel as a rank III British destroyer. Make sure to give HMS Grafton a try as you progress through the ranks of the Royal Navy and be wary of torpedo attacks! All hands on deck!

Commenting is no longer available for this news
Rules
WT_CT_Center
4

This is something I may like. Keep it up! I will also request this again, since you guys might've not niticed. I was hoping the the Grom Class "ORP Błyskawica", which was under the service of the Royal Navy during WW2. It was designed in Britain, built in Britain, but two were sent two Poland. At 39.2 knots, this was the Fastest destroyer at its time. This would make a fine addition to the tree, in my opinion.

Can it shoot tea?

That would be expensive.

well done! but what about a t72? haha

In the Royal Navy? I don't think so :D

Ouiche, hahahaha you know what i mean ;)

I'm gonna post a question here about the BO 105, since it's devblog doesn't have a comment section and there is no link for a forum thread. There is this quote on it's devblog: "For the initial testing of the German helicopter range in War Thunder, we have only created anti-tank modifications of the BO 105 equipped with ATGMs." What does this mean? Will the current BO 105s (2 normal and one premium) get machine guns / cannons in the future? Please give an answer.