The upcoming, promising bomber that was to replace the Ju 88 had to outclass its predecessor in every single way – it had to be faster, more powerful, better defended, and capable of carrying a greater bomb load.

In 1939, the Junkers company began work on a new bomber that was supposed to replace the Ju 88 bombers in service at the time. The new aircraft had to surpass the predecessor across all parameters. The plan was to fit the upcoming model with new, more powerful engines, significantly boost the firepower of the defensive armament, and, of course, increase the payload. The first prototypes took to the skies when the Jumo 222A/B engines, which the aircraft were supposed to be equipped with, had not been installed yet. Instead, the BMW engines were used. Extensive work began on the experimental models of the new series, which received the designation Ju 288, with the aim of enhancing the bomber’s characteristics. This explains why the first eight prototypes were significantly different from one another.

In 1942 the Ministry of Aviation made a ruling to include a fourth member in the aircraft crew, which demanded changes to be made to the build of the cockpit. Vehicles of the second-generation prototype series with the letter “B” in their designation had their wingspan increased and their defensive armament changed. The Jumo 222A/B engines still required more work to be done and thus weren’t installed on the Ju 288Bs. The Ju 288Cs, the third-generation prototypes of the series, were fitted with the Daimler Benz DB 605 engines, requiring the nacelles to be changed. Furthermore, the wingspan of the aircraft was increased even more and the defensive armament received another modification – this time, a lower rear turret was added. The Ju 288C’s first test flights began in the spring of 1943. Junkers even prepared three versions of the new bomber build for serial production, each with a unique armament set. However, in June, the engineering department notified the aircraft manufacturer to discontinue work on the Ju 288 due to a lack of resources required to produce the new aircraft. Tests on the Ju 288 continued right up to 1944 – the aircraft even went on a number of combat flights. However, in the end the bomber was never approved for serial production. 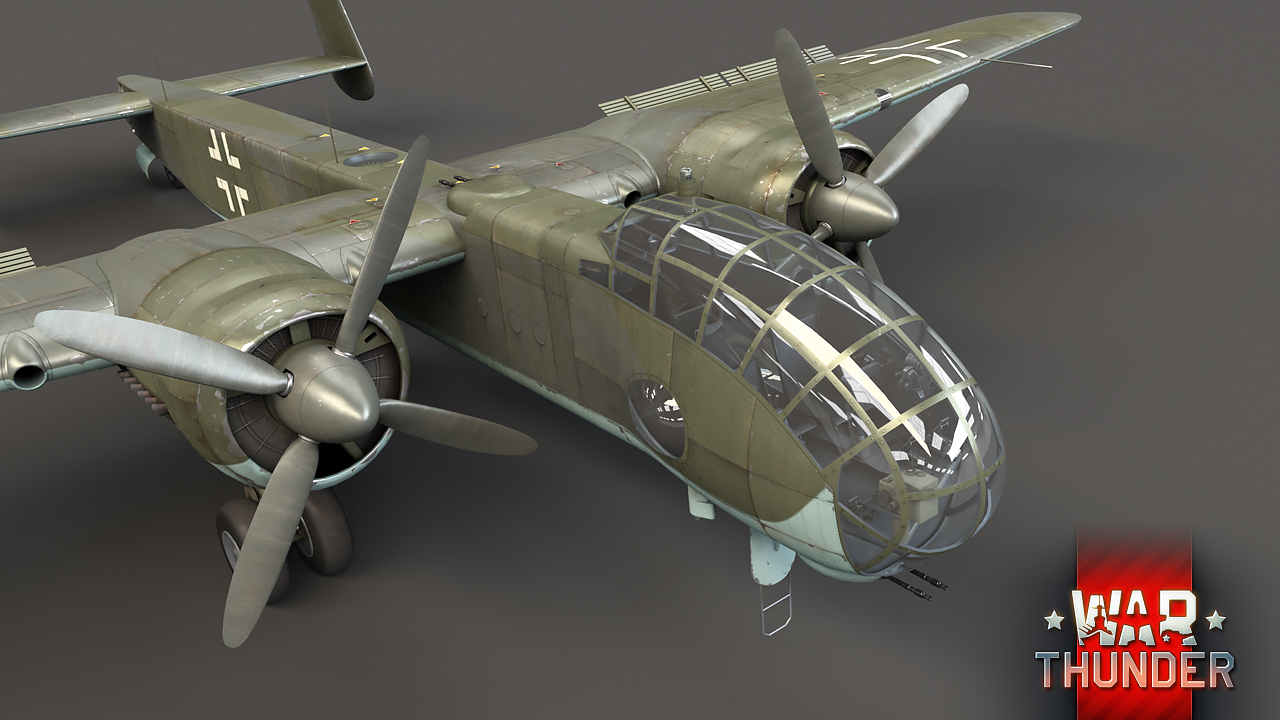 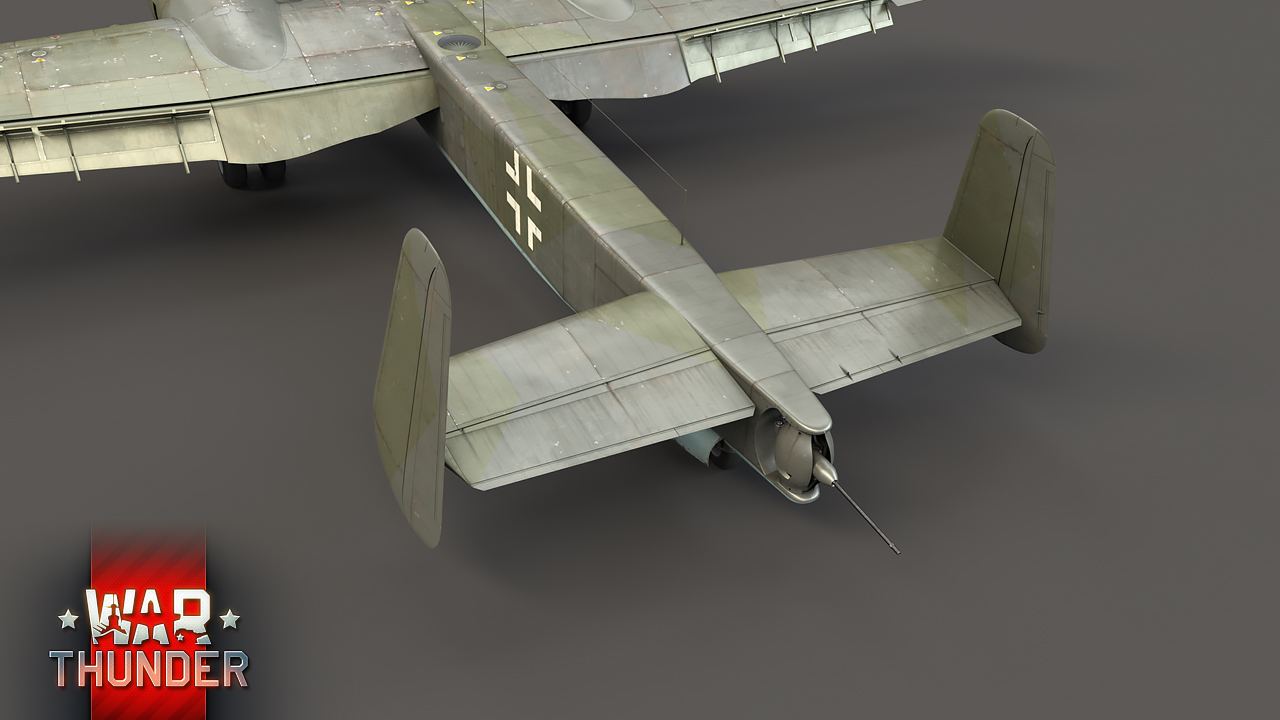 To the fans of the War Thunder German air force, we present to you the Ju 288C, which is the most complete model among all the prototypes of this promising bomber. It will become a rank IV premium aircraft in the Luftwaffe tech tree. The Ju 288C is an extremely well-defended bomber with an impressive payload that varies depending on which armament set the aircraft is fitted with. All of the Ju 288C’s defensive armament is controlled remotely and consists of one 20mm gun located in the rear turret, and three turrets with twinned 13mm MG 131 machine guns located on the upper part of the fuselage – one right underneath the cockpit and the other two in close proximity to the tail. This enabled a nearly full 360-degree firing arc without any blind spots. Fighters will have a really hard time getting close to the Ju 288C. In the game, the bomber has a payload of up to 3,600 kg. Additionally, you can choose whatever loadout will suit your next mission best, be it a couple of 1,800 kg HEs to quickly wipe out a few bases, or sets of 250/500 kg bombs to launch air strikes on your opponent's’ vehicles. There is also the option to equip your aircraft with 36 bombs, each one weighing 50 kg, for columns of light-armoured vehicles.

At rank IV in the German tech tree, you will find several bombers that outclass the Ju 288C in terms of payload and speed. However, it is also important to note that using the Junkers has two unquestionable advantages to it, and these perhaps make it the best choice for destroying ground targets: it is extremely well armored and it is a premium aircraft. The latter saves players from having to research the bomber’s modules, enabling them to take control of a fully complete vehicle equipped with any available bomb loadout of their choice. Moreover, it allows players to earn excellent rewards even if their battles don’t quite go as planned. In terms of gameplay, the Ju 288C will most closely resemble the forefather, the Ju 88. It is a classic but not very fast bomber with decent survivability and a high bomb load. The defensive armament will enable you to keep your opponent’s fighters quite far away – chasing the Junkers at a distance less than one kilometer is suicide, and attacking using the boom and zoom tactics will require the hunter to have a large energy reserve, powerful armament, and lots of luck!

The new German bomber will appear in update 1.83 “Masters of the Sea”. Keep an eye out for our Developer Diaries if you want to be the first to learn the news! See you soon!

Commenting is no longer available for this news
Rules
DinoTheSkeleTon
30

Deverserver, everything is subject to change

TheCrackGamer420, I bet it wont change. There are several planes with this prices class on this br.

You made this a premium so thank you for preventing what would have been horrible bomber spamming, but on the other hand the plane is overpriced for what it is.

It is definitely too expensive, but keep in mind it is the dev server, it is subject to change

yup, I love it but the price is too high

I would've purchased it if it wasn't that it costed SEVENTHOUSAND onehundred golden eagles!!

This. Way too much

I bet that they will lower it. But maybe only to seven thousand and fifty GE...

*in other words, please; make it cheaper!

Another needed German plane trapped behind a paywall

Germany has one of the most developed bomber trees in game. There are many aircraft you can choose to play entirely for free. This one however is best suited to a premium.

Smin1080p, "Being premium helps keep the plane's population down" Yeah - obviously this has to be premium like Tu-4 so that it doesn't harm the balance of the game and....oh....Please.

This is a good example of a plane that should be premium, it would be extremely annoying and harmful to the meta at that br if this was tech tree. Being premium helps keep the plane's population down so that it doesnt become a literal cancer. I dont always agree with Gaijin, but I'm with them on this one. Except the price tag, which is hopefully going to drop. 7000 is the cost of a tier 4 or 5 premium tank, not a plane.

ZetaZ98, How would it have been harmful for this plane to be premium? We see A-26B/C spam that's MUCH worse EVERY SINGLE MATCH against America. If anything the Ju-288C would have balanced things out. We could however see the Ju-388 as a similar tech-tree aircraft. Roughly 100 were built, including a bomber version with the same payload as this one.

"It is a classic but not very fast bomber" u wot m8? i thought this was a player made aircraft but apparently nope. also the devserver price was ridiculously high.. model looks stunning though.

At that price itd be cheaper to buy a real one