The British Battle-class destroyer was Britain’s last wartime destroyer design and represented a radical shift in design philosophy compared to previous classes. One of the first ships of this class, HMS Armada, will become available to all captains in the closed beta testing of War Thunder Royal Navy forces!

Realizing the heavy losses to air attacks and the inability of the then  current destroyer designs to deal with aerial threats, the Royal Navy decided to act. In 1941, the first plans for what would become the replacement for the Tribal-class were drawn up.

Contrary to previous classes, the new destroyers would focus on powerful AA armament, featuring large calibre, high-angle dual purpose guns assisted by a number of smaller calibre AA cannons. The proposed design was accepted in autumn of 1941 under the name “Battle-class” with initial plans to build a total of 16 ships, forming two flotillas. The first order for 10 ships was issued in April 1942, with the second order for the remaining six ships following in August.

Despite the orders already being placed, further debate among high-ranking officials about the final design of the ship continued. As the initial ships were already under construction, changes to the existing design couldn’t be applied anymore. This led to several more subclasses being developed, but that’s a story for another time.

Although the first ships were launched by November 1943, delays in their completion were caused by late deliveries of critical fire control systems. In the end, only a handful of ships were completed by the end of WW2 and none of them saw any combat action. However, most of the ships of the Battle-class continued to serve well into the Cold War.

HMS Armada was one of these early ships of the class to be completed, but due to similar reasons, was only commissioned into service in July 1945. After several port visits throughout the UK, she was placed in reserve in 1947 only to rejoin active service in 1949 as part of the 3rd Destroyer Flotilla, operating in the Mediterranean.

During the mid 1950s, HMS Armada was involved in the Suez Crisis, but rejoined the Home Fleet shortly after. In 1960, HMS Armada was decommissioned and five years later, in 1965, taken apart for scrap. 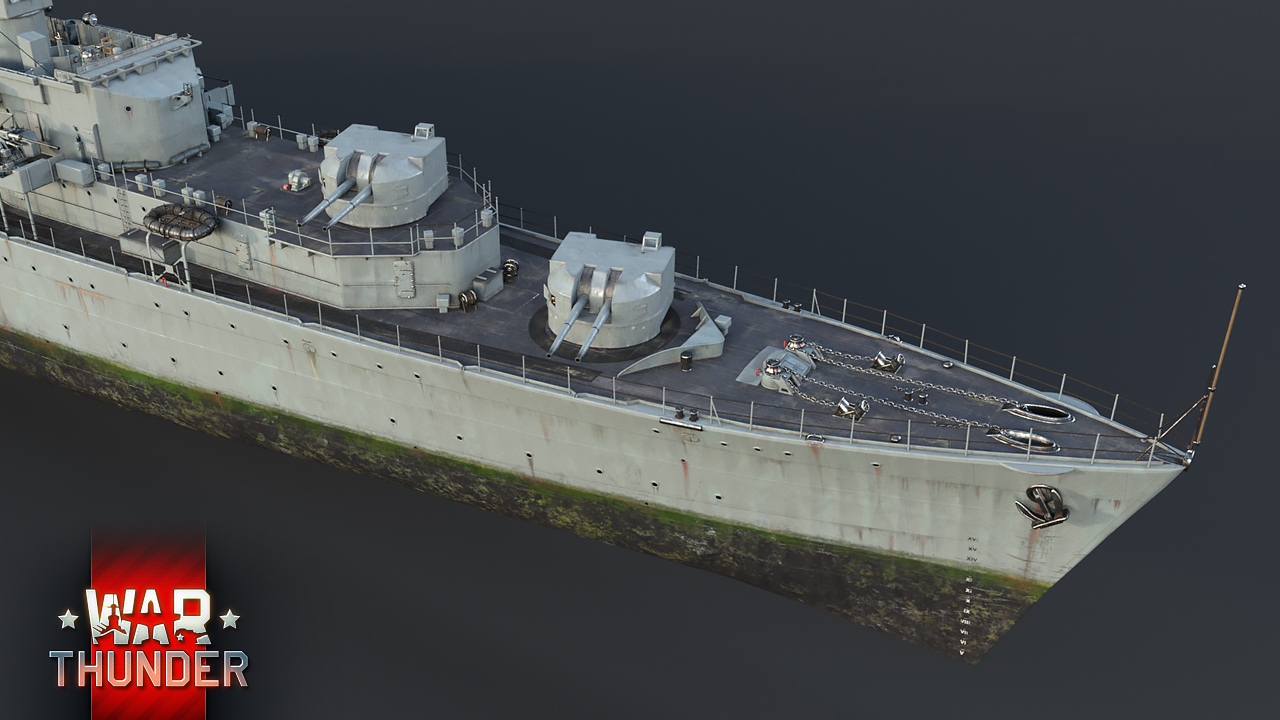 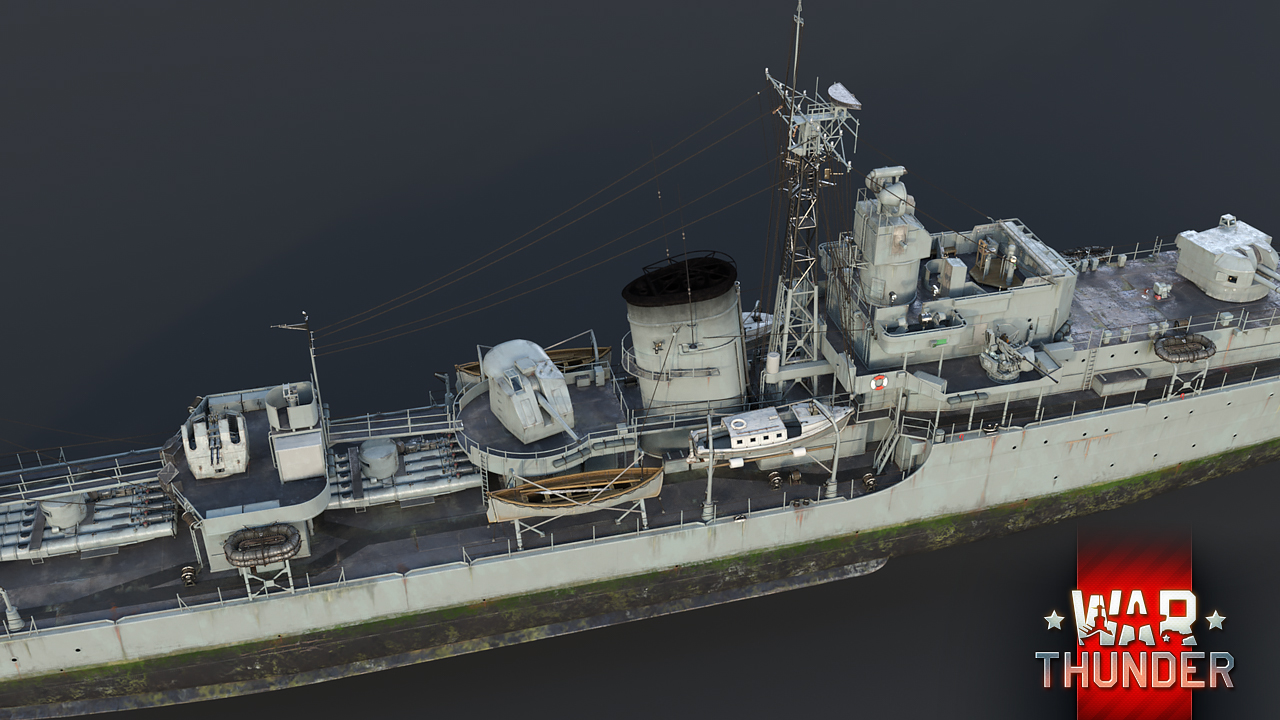 In War Thunder, HMS Armada will be available to the Royal Navy testers as a researchable destroyer of rank III. Unlike previous destroyers, HMS Armada puts heavy emphasis on anti-air capabilities, making her the most fitting choice for aspiring Royal Navy captains looking to establish a no-fly zone.

The primary armament of HMS Armada consists of four 4.5-inch (114mm) universal cannons in two turrets, both mounted on the ship’s bow. Contrary to previous destroyers, the bridge of the Battle-class destroyers is intentionally placed more towards  the stern, allowing the bow guns to sweep excellent firing angles, both in the horizontal and vertical axis.

Furthermore, a well placed salvo on the bow can in some cases knock out both primary gun turrets, leaving the ship defenseless against surface attacks at long ranges. This shortcoming should certainly be taken into consideration by aspiring commanders of this vessel.

As such, the ship features traditional destroyer attributes such as the presence of two quadruple 21-inch (533mm) torpedo launchers as well as a respectable top speed of around 37.5 knots (70 km/h).

HMS Armada is anchored at port and is eagerly awaiting new captains in the closed beta test of the Royal Navy  in War Thunder. Make sure to give HMS Armada a try on your way through the ranks of the Royal Navy. But until then, happy hunting and calm seas!

Commenting is no longer available for this news
Rules
PursuiIt
7

That's not a bad idea, let's see if we can bug our artists to make some :D

Very nice. Does the STAAG come with lead indicators like other AAs?

I'm gonna post a question here about the BO 105, since it's devblog doesn't have a comment section and there is no link for a forum thread. There is this quote on it's devblog: "For the initial testing of the German helicopter range in War Thunder, we have only created anti-tank modifications of the BO 105 equipped with ATGMs." What does this mean? Will the current BO 105s (2 normal and one premium) get machine guns / cannons in the future?

This is a very pretty lady.

a converted freighter does not a good WT ship make.

One question. Will the Grom Class destroyers be added under the British tech tree? I am hoping it will ge because they were a group of destroyers built in Great Britain, designed in Britain, but two were sent to Polandfor their navy. It was the fastest destroyer at the time, at 39.2 knots. Specifically the "Błyskawica," or Lightning, since it a legendary Polish Ship that served under the Royal Navy during World War 2. This is only a request, so it is not required