The M1A2 is among the latest and most capable modifications of the American Abrams MBT, featuring notable improvements in protection as well as other areas. Soon, the highly anticipated M1A2 will also make its way to War Thunder as part of update 1.93, becoming the new crowning jewel of the American ground forces tree!

Briefly: The most advanced modification of the Abrams tank in the game, featuring substantial improvements in protection as well as a broader selection of ammunition. 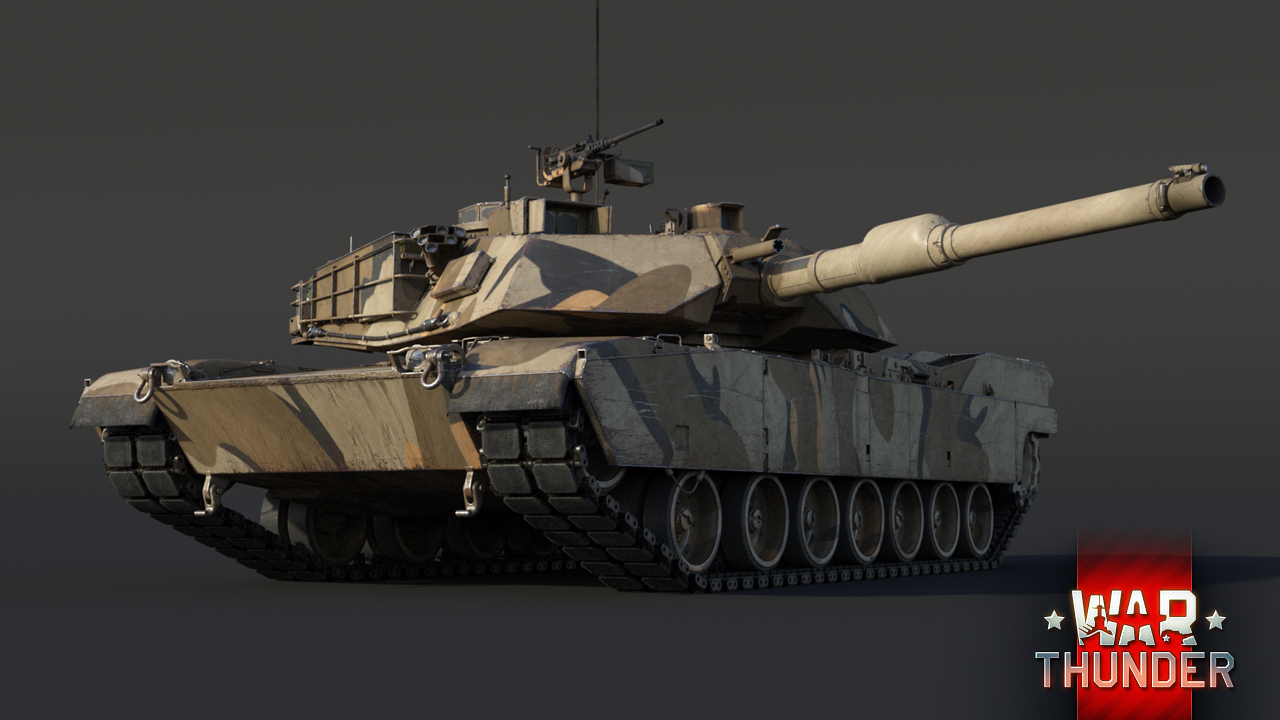 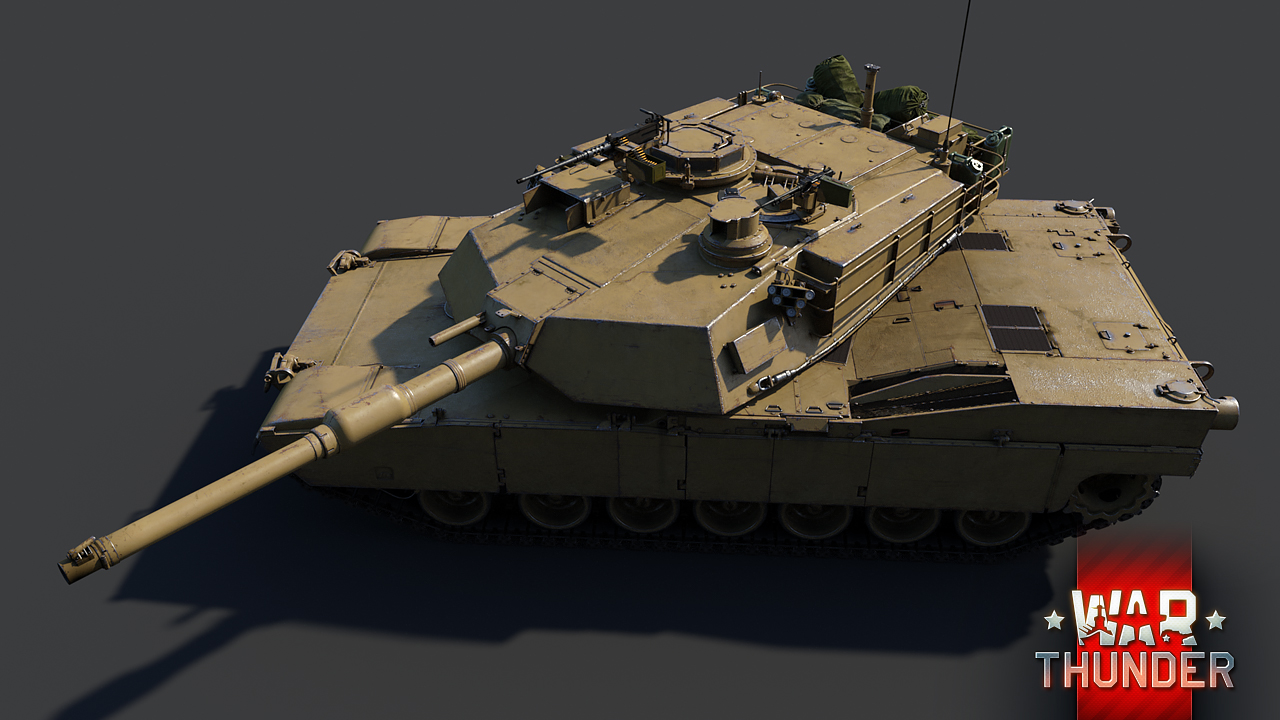 In the second half of the 1980s, a development project was launched to increase the combat effectiveness of the Abrams MBT. The result of this undertaking became the M1A2 version of the Abrams.

The new version featured an upgraded fire control system, a new independent commander’s panoramic sight as well as improved protection thanks to the use of second generation depleted uranium composite armor. All of these upgrades combined significantly bolstered the combat capabilities of the Abrams tank. Production of the M1A2 began in 1986 and the modification was formally introduced into US service in 1992.

The M1A2 and its sub-variants are the most advanced modifications of the Abrams tank fielded to date. Over 1,500 M1A2s have been built with some older variants also being upgraded to the M1A2 standard. Apart from the U.S. as its primary operator, the M1A2 also sees service with the armed forces of Kuwait and Saudi Arabia.

In War Thunder, the M1A2 will be the new top performer of the American ground forces tree, following its introduction to the game as part of the upcoming update 1.93. While its outside appearance doesn’t stray far from its direct predecessor, the M1A2 nonetheless holds some notable upgrades underneath all that steel plating that very much differentiates it from the M1A1.

For starters, the most notable improvement lies within the M1A2’s armor protection. Unlike the M1A1, the M1A2 features composite armor with second generation depleted uranium components which substantially bolsters resistance against all ammunition types. In other words, or numbers rather, this improved protection will be most noticeable at the M1A2’s turret cheeks, which can absorb around 600mm to 900mm of penetration from kinetic and chemical munition types respectively.

However, while this upgrade certainly makes the M1A2 a tougher nut to crack, it also makes it quite a bit heavier and thus negatively impacts its overall mobility as a result. Due to the fact that the M1A2 retains its 1,500 hp gas turbine engine from previous modifications while its mass increases to nearly 62 metric tons, the end result is a slightly lower power-to-weight ratio which translates into slower acceleration. Despite the weight increase however, the top speed remains identical to that of the M1A1 - 42.25 mph (68 km/h).

A few further nifty little upgrades that the M1A2 brings with it are several new ammunition types and an independent commander’s panoramic sight with thermal vision. As far as the former is concerned, the M1A2 will receive access to the new M830A1 HEAT-MP-T round. Although this shell offers less penetrating power at first glance, it makes up for this by having a proximity fused warhead, allowing it to be used as a very powerful anti-air round which will no doubt prove its usefulness against airborne threats, such as helicopters in particular, at top tier battles.

As already mentioned, among the other improvements made to the Abrams with the A2 version is the addition of an independent commander’s panoramic sight with thermal vision. This handy little piece of kit will allow commanders of the M1A2 to take full advantage of thermal imaging technology - added to the game with the previous update - not only when using the gunner’s sight, but also when scanning for targets in binoculars view.

Commenting is no longer available for this news
Rules
Perdikofas
3

That M830A1 MPAT will be super useful.

Maybe something new 4 germany Last 2 updates was "nothing"

Let's fact check this whine. 1.91 they got M48C and Ostwind II and G.91R3, sure they lost the Panther II, Maus, Coelian and Tiger 105 but they also got two helicopters, Admiral Hipper and another premium ship. In 1.89 they got FlaRakPz and Me264. As well as various small fixes and adjustments for other existing vehicles. So that's quite far rfrom "nothing" in the last two updates, but people will stop at NOTHING to whine and complain about trivial shit and lies. Complain about the Ka-50 instead

cuz there op enough and fun fact, they have the most stuff ingame. and there getting an BMP-1

This is a terrible pick up line.

They should just bend all out of whack at the first glance of mudd.

Great a counter to the Leclerc and Leopard 2a5! Now for the love of god lower the repair cost of the leopard 2 to a normal amount, something like 8k...

SniperNazul, i mean.. i wanna play the damn game, and i grinded a long time to get to top tier germany.. then just let me play the damn thing without going bankrupt

It already got downed to 15k, we are on the good path!

No T90A Gaijin? Seriously where is your balance?