Briefly: One of the unique hydrofoil gunboats currently available in the naval closed beta. The craft features excellent speed and maneuverability as well as an intimidating array of heavy weaponry.

The USS Tucumcari is an American prototype hydrofoil gunboat developed in the late 1960s as a testbed for evaluation of new hydrofoil technologies.

The USS Tucumcari, named after the city in New Mexico, was a hydrofoil boat developed by the Boeing company in the late 1960s to test a decade’s worth of hydrofoil research and development. She was a true state-of-the-art ship, sporting the latest in hydrofoil technology, electronics and a powerful gas turbine engine. All of this granted the ship an excellent top speed and maneuverability, whilst also allowing it to seamlessly traverse even rough waters. USS Tucumcari was delivered and commissioned to the U.S. Navy in March 1968.

In her early service life, Tucumcari was thoroughly tested in the Pacific waters off the American west coast, performing various patrol missions and taking part in fleet exercises. Following this, the ship was sent on its first combat missions to Vietnam, taking part in Operation Market Time. There, Tucumcari managed to successfully prove her effectiveness in combat conditions with positive remarks on her performance.

After her return to the United States in 1970, she was transferred to the Atlantic Fleet before being sent off on a European demonstration tour in 1971. Throughout the tour, USS Tucumcari visited several European (NATO) countries including Denmark, France, Germany, Italy, Britain, Greece and Turkey, in an effort to demonstrate the capability of hydrofoil propulsion to other NATO members.

USS Tucumcari returned to the States once more in October 1971 and resumed with, among others, coastal patrol duties with the U.S. Coast Guard. In November 1972 however, the ship was severely damaged after running aground on a coral reef at full speed during a simulated combat mission off the coast of Puerto Rico. Due to the excessive damage, it was deemed uneconomical to recover and repair the ship. Thus, USS Tucumcari was struck off the Naval Register in November 1973 and was subsequently taken apart for scraps. 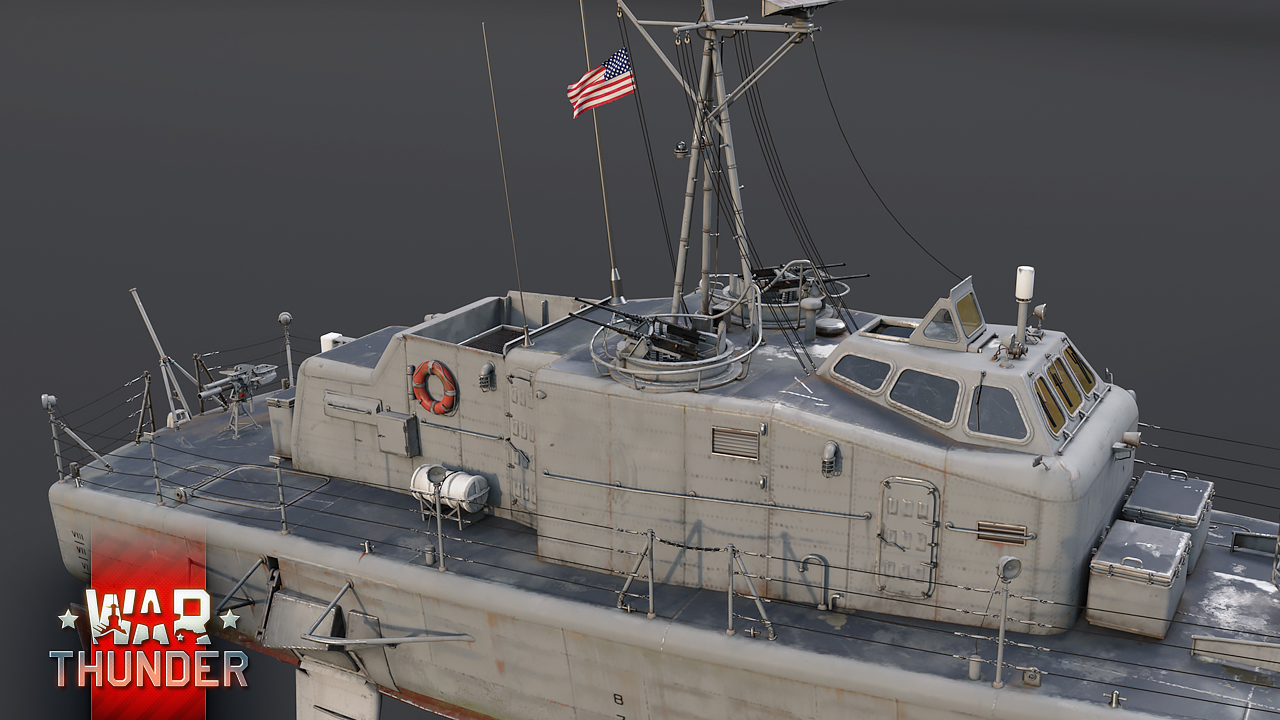 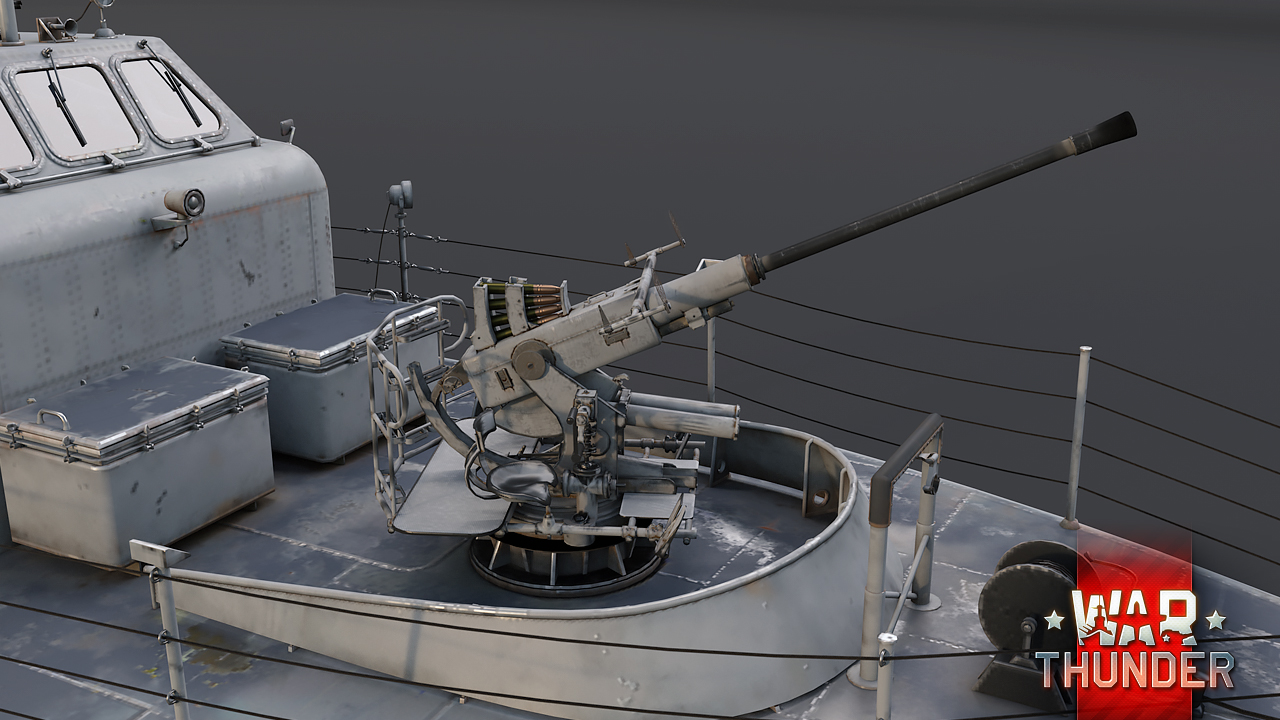 In War Thunder, the USS Tucumcari is one of the few hydrofoil crafts available in the current stage of the naval closed beta testing. It’s available for research to all participants of the closed beta as a rank II vehicle of the American naval tree. As a hydrofoil vessel, the main feature of the USS Tucumcari is its incredible speed and maneuverability. Powered by a 4,000 hp gas turbine engine, the Tucumcari can reach a blistering top speed of 49.1 knots (91 kph). However, whilst hydrofoils provide a vessel with incredible mobility, in the case of the Tucumcari, they also raise the profile of the vehicle (when deployed) by a significant amount, making it easier to spot and engage. 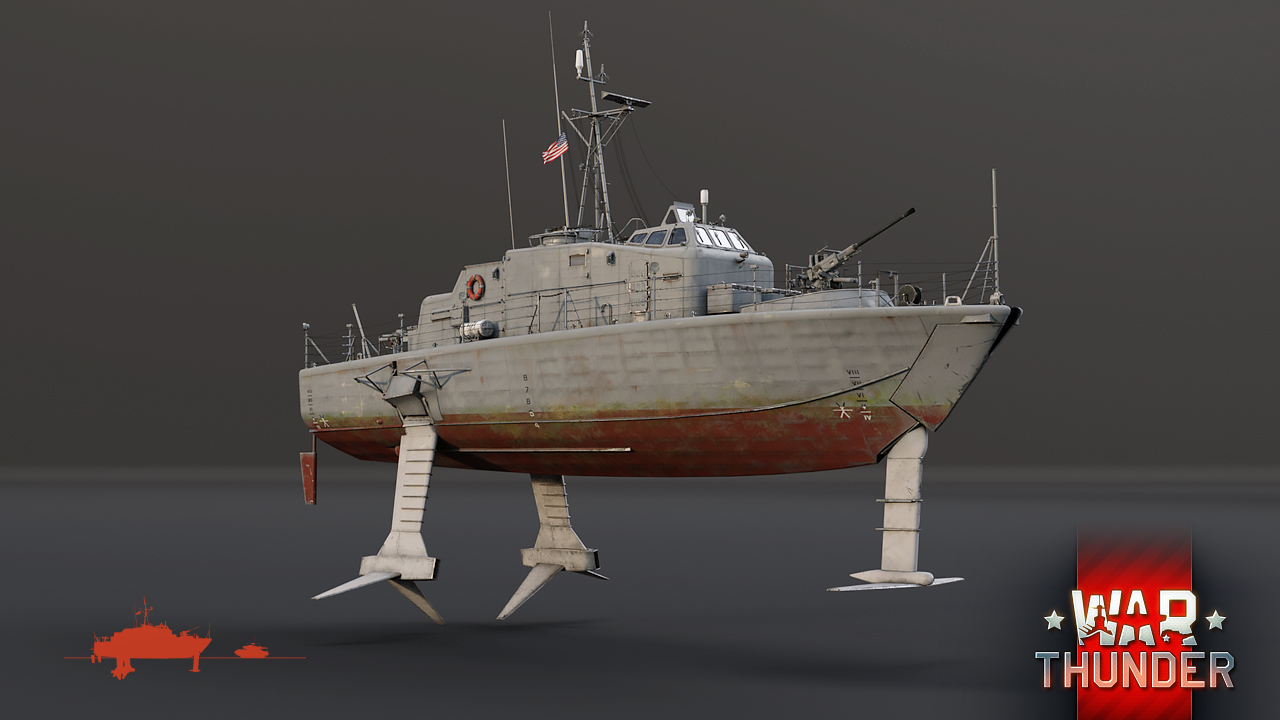 Despite the Tucumcari’s small size, the vessel is still relatively well armed for a gun boat. Sporting a single 40mm Bofors cannon on the bow, complemented by an 81mm mortar on the stern as well as two dual .50 cal machine gun turrets on top of the superstructure, it’s hard to argue that the Tucumcari is ill-equipped for combat. However, weight and size restrictions prevent the boat to feature any additional armaments, such as torpedo launchers or depth charges. Nevertheless, the Tucumcari’s combination of good mobility and firepower is a truly lethal combination when put to good use by an experienced captain.

Fun Fact: After running aground on the fateful coral reef, Tucumcari was so stuck due to the force of impact that salvage attempts included the use of explosives to try to get the vessel unstuck from the reef. Incidentally, this attempt failed and only damaged the vessel further.

The USS Tucumcari is already waiting for eager captains at the dock in the closed beta testing of War Thunder naval forces. We’ll see you at sea, captains!

Commenting is no longer available for this news
Rules
igeticsu
25

Nice. Too bad it would take months to grind to it...

Tobe fair, ships isnt much diffrent in terms of armour or firepower from 1916-1960 for example, a 1941 destroyer could've easly smashed a 2018 patrolboat, a 1940's battleship coulde easly smashed a modern destroyer as they dont have armour but carrys missile defence weapons instead, and light armour for speed, tho, the misilesystem on a DD couldve also easly taken a battleship, so, its kinda little diffrencein modern and old ships,o ther than clashing a few missiles on them

And it is a very very bad 4.0 rank II.... It is worse than 2.7 PT boats, as it have less survivability, and less firepower.... And is slight speed advantage doesn't really provide anything in all the current game mode.

Will it be able to retract fins? It seems like its able to?

It desperately needs that option, after it was spawning at waters too shallow to move, in the last pre-beta test.

Will you please make the rudder move left and right in order to being more realistic?

why we entering the cold war? couldn't we get a bunch of ww1 & ww2 ships