The Project 206, also known under the NATO reporting name as the “Shershen-class”, was a class of Soviet Cold War-era torpedo boats developed in the late 1950s as a replacement for the Project 183 “Bolshevik”. The new Project 206 was designed with similar principles in mind as the Bolshevik, those being cheap production costs and easy maintenance. Furthermore, the Project 206 torpedo boats, similarly to the design that preceded it, were meant to be used close to the shoreline and in fair weather.

The first boat of the class was completed and commissioned with the Soviet Navy in 1960. Three Soviet shipyards produced the Project 206-class torpedo boats in USSR, but few of them have been delivered to Yugoslavia in parts and their assembly was carried out on place by Yugoslav workers. The Project 206-class torpedo boats were used by, beside the Soviet Navy, Eastern Germany, Yugoslavia, Bulgaria, Egypt, Vietnam, North Korea and several other nations using only a small number of vessels. The Project 206 was mostly decommissioned from active service with most operators by the 1990s, although Egypt and Vietnam still used some Project 206s in the 2000s. 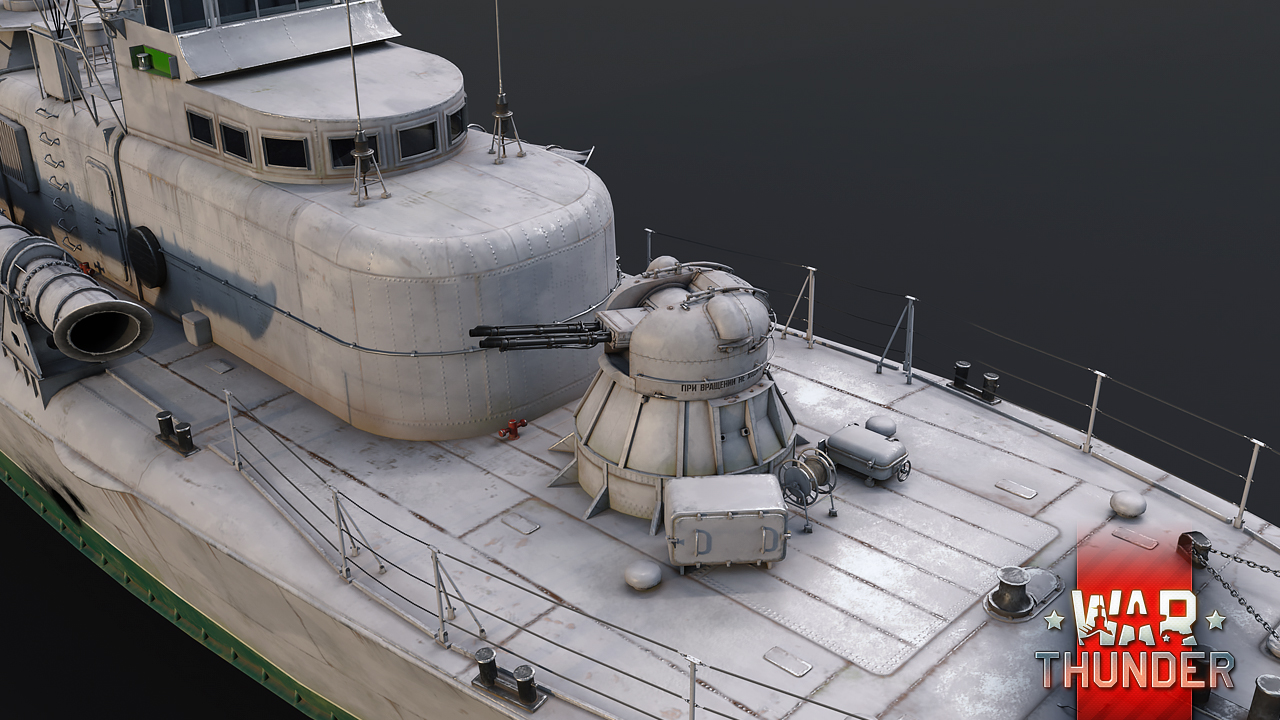 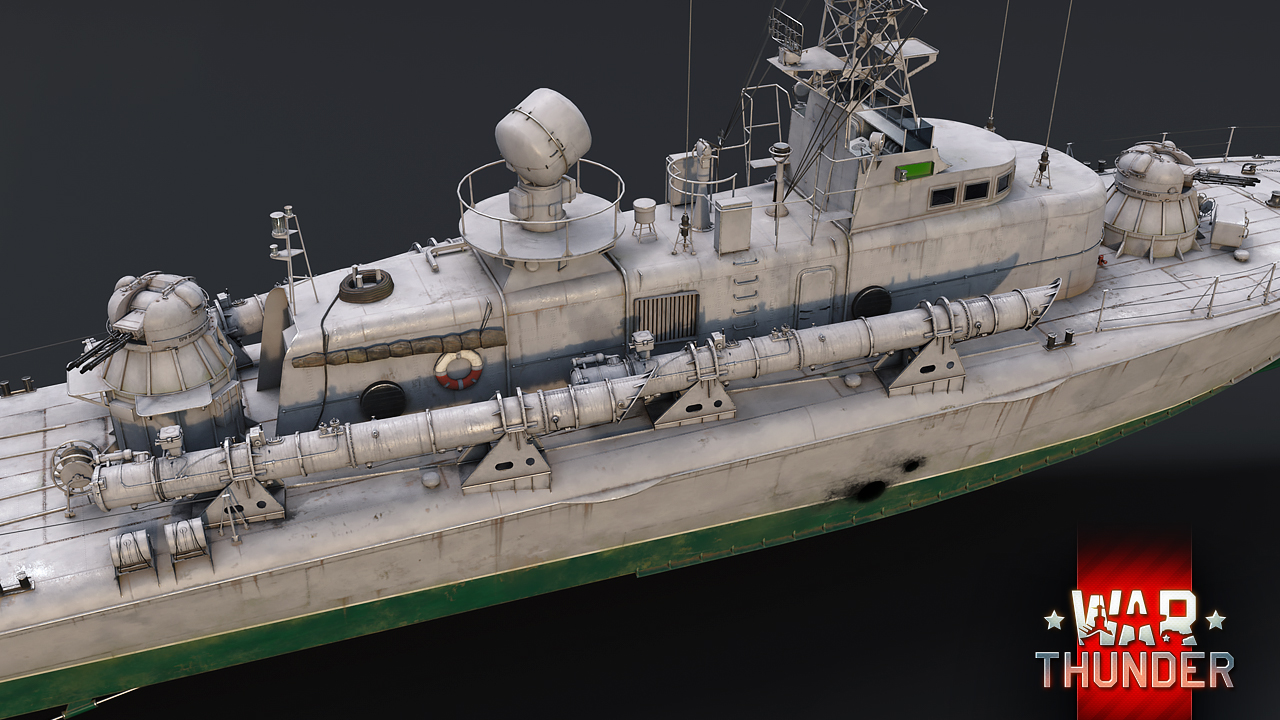 In War Thunder, the Project 206 is available in the naval closed beta testing as a rank II torpedo boat of the German naval tree. Compared to its predecessor - the Project 183 “Bolshevik” - the Project 206 ups the ante in almost every aspect, thus increasing the vessels’ combat capabilities by a notable amount. The Project 206’s primary armament consists of two fully-rotatable multi-purpose twin 30mm turrets, with one being mounted on the bow and the other on the stern. Although these cannons possess good ballistic properties and plenty of ammo, players will have to take note of the guns’ tendency to overheat very quickly. This means that captains will have to utilize burst-firing in order to avoid having to deal with an inconvenient overheat cooldown in the heat of battle. 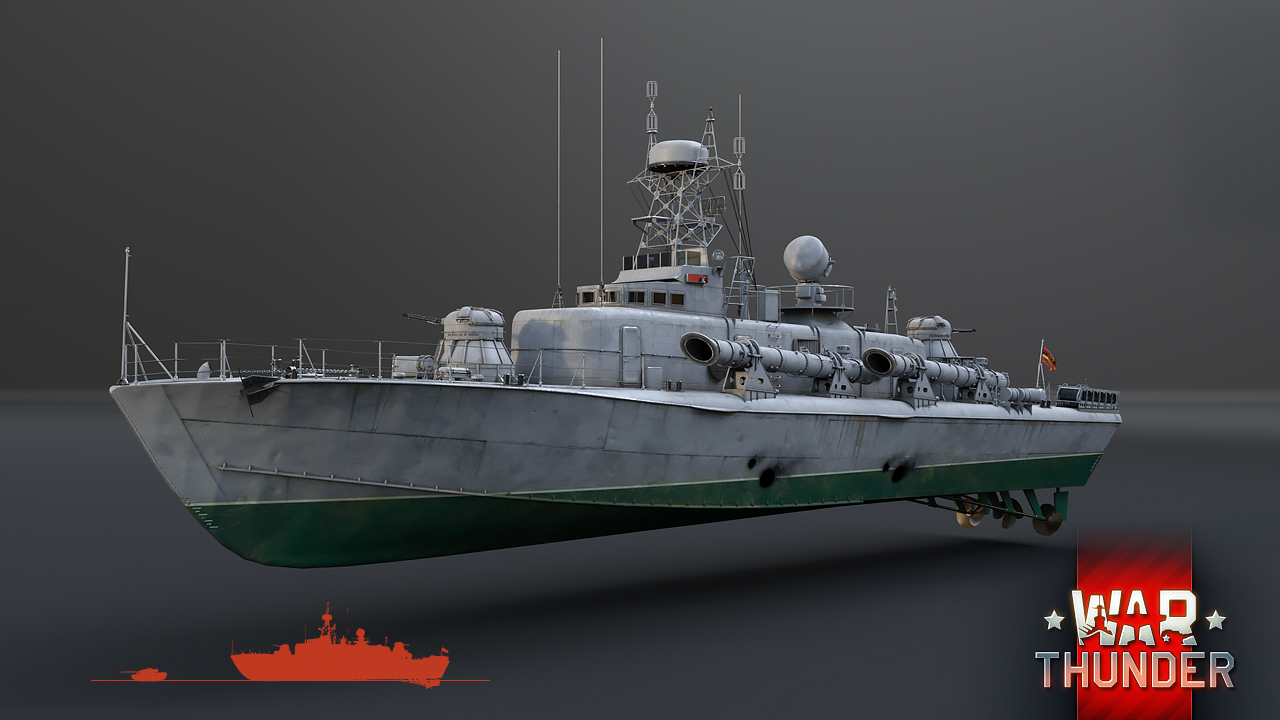 Fun Fact: Yugoslavia was the only country which assembled the boats in place from the parts supplied from the USSR. In total, 11 boats were delivered to Yugoslavia in disassembled form. All other operators received the boats pre-built by the Soviet Union.

Additionally, the Project 206 is equipped with two torpedo launchers on each side of the craft, allowing you to tackle even bigger targets, such as destroyers and cruisers, as well as 12 depth charges which can be equipped at the player’s own discretion. Following the footsteps of the Bolshevik, the Project 206 is naturally also a very fast boat. Being capable of reaching a top speed of 45 knots (83 km/h), the Project 206 is currently among the fastest naval vessels in War Thunder.

Always wanted to deliver death and destruction to your enemies at breakneck speeds? The Project 206 can make it happen and it’s already waiting for you in the closed beta testing of War Thunder naval forces!

Commenting is no longer available for this news
Rules
Vitasalato
19

It help us fix bugs, optimize the game performance, test balance, game mechanism and so on. It's pretty useful.

Ouiche, So, since when 5vs5 battles have been testing? With insane waiting times especially teamup being completely unballanced Barges and LCS vs Reserves or 1.7?

BuT mUh ClOsEd BeTa. MrMakWASP I've got some news for you, air RB and tanks have been out of beta for at least 5 years. They still suck and Gaijin recently announced that they think air and ground game modes are the best ever and no new game modes will be announced. Either whine to them indefinitely right now or it won't be fixed ever.

Another waste of my time. Thanks Gaijin.

Ships are a waste of time. Especially when there is no nations with the largest naval fleet at that time like Royal Navy or IJN whether it's CBT or not those nations should be the main priority. US, Germany and Sovjet is this a ground forces CBT ? lel

Smin1080p, So, what was the priority during the pre CBT test`?

neat, shame its super expensive to research and i aint wastin time on it :(

I am going to research it, because I'm a Yugoslav patriot and Yugoslavia had these. Weather it's expensive or not depends from the angle you are looking at it from.

Yeah this is immersion busting. This kind of thing would discourage me from playing Naval battles. Lovely looking model though.

I look forward to playing it :) you said you'll release the Soviet fleet tech tree soon, any ETA?

They've said previously on there Twitter they're aiming for at least some Soviet Ships before 1.81 (Not sure If I believe that though)

Armored1124, They actually said they want to release another country into the CBT before the end of the summer. Now, what exact country that will be... they didnt say. Could be USSR, UK, or Japan.

So why isn't this in the Soviet naval tree?

How do you know what is in soviet naval tree?

OGy43, He doesn't, he was just wondering why a Soviet naval unit is going to be in the German tech tree instead of the upcoming Soviet one

It is from the GDR i think