The Kanonenboot K-2 is a gunboat initially laid down by the Dutch in the late 1930’s for their navy, but was later captured, finished and used by the German Kriegsmarine during WW2 and it was the Germans who named it “Type K”. The K-2 will be one of the higher ranking German vessels awaiting War Thunder captains in the closed beta testing of naval forces.

Briefly: A 1930s Dutch gunboat design used by the German Kriegsmarine during WW2. The ship offers good firepower and survivability at the expense of mobility.

The K-class gunboats were ordered as a replacement to the outdated Dutch Brinio-class gunboats that preceded them. Originally, seven ships of the class were planned to be constructed, three of which were ordered and laid down right away. However, the German occupation of the Netherlands in 1940 abruptly ended the construction of the already laid down ships, with pending orders for the remaining ships getting cancelled. Following the occupation, all three uncompleted warships were captured after falling into German hands.

The Kriegsmarine decided to continue construction and to complete all three of the captured warships for use in the German war effort. Thus, the K-1, K-2 and K-3 were all subsequently completed by 1940/41 and were put into commision with the German navy by 1942. The three gunboats primarily saw service in Norwegian and German waters, performing patrols and other low-profile missions. K-1, the lead ship of the class, was sunk right at the end of WW2 in 1945 off the coast of Denmark.  The К-2’s back of the deck was damaged by a torpedo during another air attack of the allies. The vessel had been towed back to Germany but was never repaired till the end of the war. After the war she was towed to the Netherlands where it sunk for unknown reasons,  it was raised from the seabed and scrapped in 1946.K-3 was the sole survivor of the class, being recommissioned into Dutch service after WW2 under the name “Van Speijk”. K-3 remained in Dutch service until 1960, after which she was sold for scrap. 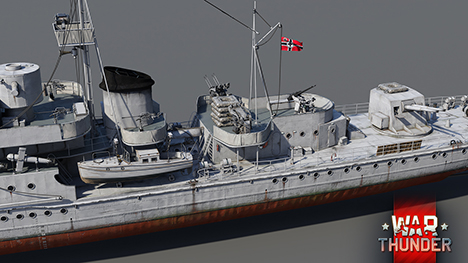 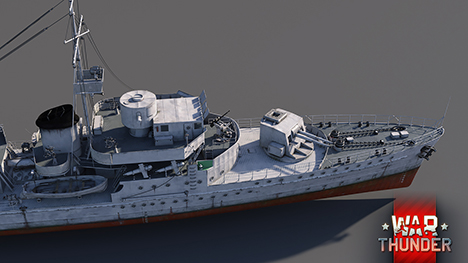 In War Thunder, the Kanonenboot K-2 will be available to all participants of the naval closed beta testing at rank III of the German naval research tree. Being a gunboat, the K-2 truly looks like a miniature destroyer. Despite not being able to pack the same degree of mobility and its smaller size, the K-2 is still capable of holding its own in a naval fight having a firepower similar to many destroyers. Outfitted with four 120mm cannons spread across two dual turrets, the K-2 is perfectly capable of engaging most targets in battle, from small torpedo boats up to destroyers. Assisting the primary cannons in close quarter engagements as well as providing protection from aerial attacks is a set of lighter anti-air cannons, consisting of four 37mm and 12 20mm cannons. 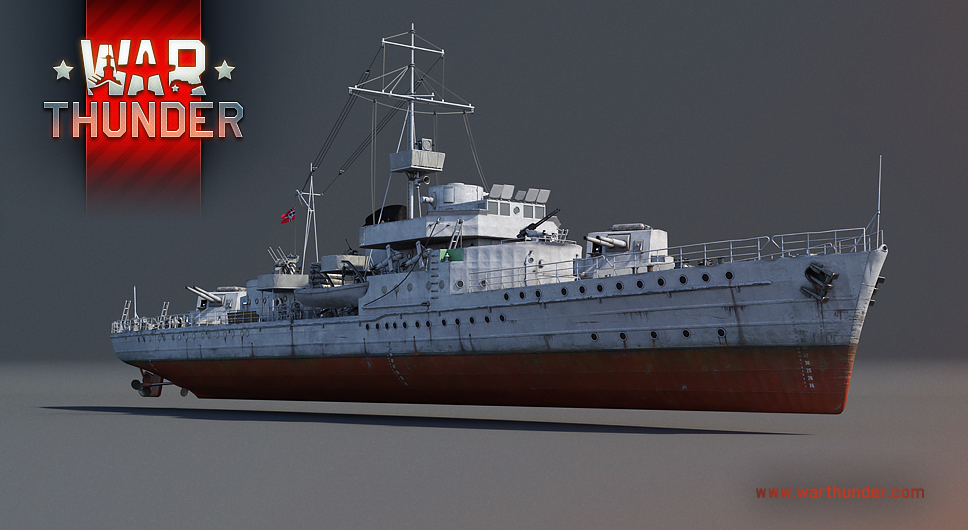 Fun Fact: The K-2 has a thicker belt armor than the Emden light cruiser, going up to 60mm compared to the Emden’s 50!

However, the K-2 is bound to surprise the occasional captain expecting a nimble vessel when first taking the K-2 into battle. In fact, the K-2’s top speed doesn’t  exceed 18.1 knots (33 km/h), which is a lot slower than that of the majority of lighter craft and all destroyers. This means that K-2 captains will have to plan out their battle tactics carefully and avoid cramped environments were surprise torpedo attacks could spell and untimely end to you and your ship.

Meet the Kanonenboot K-2 in the naval closed beta testing and wreak havoc on the seven seas of War Thunder! Captains, man your battlestations!

Commenting is no longer available for this news
Rules
ZeSquirrel
11

So why classed as a destoyer and placed in the Destroyer line? its a gunboat that shares alot of traits with the the other gunboats in the German tree such as the MZ1 and the armoured artillery Barges.

I need to double check myself jeez *so why is it classed..* *it is*

the_suztown, Gaijin just should add an edit funktion for the main page comments'.

MZ 1 is not a gunboat. officially speaking, it is a multirole boat(hence the name). Though Alot of gaijin's designations are less than accurate. Germany's 4 "destroyers" are actually 1 torpedoboot(torpedo boat), 1 flottentorpedoboot(large torpedo boat), 1 kanonenboot(gunboat), and 1 zerstorer(destroyer)

nice to finnaly see some dutch vehicles free stroopwafels for everyone

Comes in Honey, Caramel or that new fancy Chocolate flavor... trust me I work at a place that sells em all.

wil there be coming a dutch themed camo for this ship? other than that you guys made me happy!

Too bad this ship only had HE shell, which is not fitting the Destroyer AP Meta :

this is not a destroyer.

Gonzo12, ...but it's in the middle of the destroyer line xD