The USS Cowell (DD-547) is a Fletcher-class destroyer that served initially under the banner of the U.S. Navy throughout the second half of WW2 and into the 1950s, only to be later sold off to the Argentinian navy where she received a new name and continued to serve into the 1980s.

In War Thunder, USS Cowell will provide its future captain with every chance to relive the battles she took part in and even rewrite history to an extent.  The main weapons on this destroyer - five 5 inch (127mm) guns, there are also two racks of 5 tube torpedo launchers on the deck.

She received an identical upgrade retrofit to her anti-aircraft armaments, allowing her captain to make devastating use of the sheer volume of AA fire to not only decimate incoming planes, but virtually anything that crosses her path that doesn’t possess much if any armour protection.

The USS Cowell was laid down on 7 September 1942, completed on 18 March and commissioned into service on 23 August 1943. She was the second ship, specifically, the second destroyer in the U.S. Navy to be named after her namesake, John G. Cowell. The individual after she was named after was an officer on board the U.S. sailing frigate USS Essex, that was severely wounded during a battle against a pair of British ships in the South Atlantic during The War of 1812. Despite losing a leg, Cowell refused to be carried to the lower decks for medical treatment, instead choosing to remain on his station and continue to motivate his fellow crewmen throughout the battle. Several weeks after the battle, Cowell died to his wounds and received an honorary burial for his courage in the principal church of Valparaíso, a rare honour for a foreigner. As for the destroyer USS Cowell, she was mostly employed as a carrier screener and anti-aircraft destroyer early on in her service career and later on as a radar picket. She took part in several major operations in the Pacific theatre, most notably on Okinawa, where she distinguished herself by shooting down several japanese regular and kamikaze aircraft and aiding damaged ships by providing covering fire and assisting in damage control. USS Cowell arrived to her homeport of San Diego on 17 November 1945 and was decommissioned from active service on 22 July 1946. Throughout the postwar period until 1951, Cowell was part of the U.S. Navy reserve. She was recommissioned into active service in September 1951 and participated in the Korean War as well as various exercises in the Pacific, Atlantic and Mediterranean. 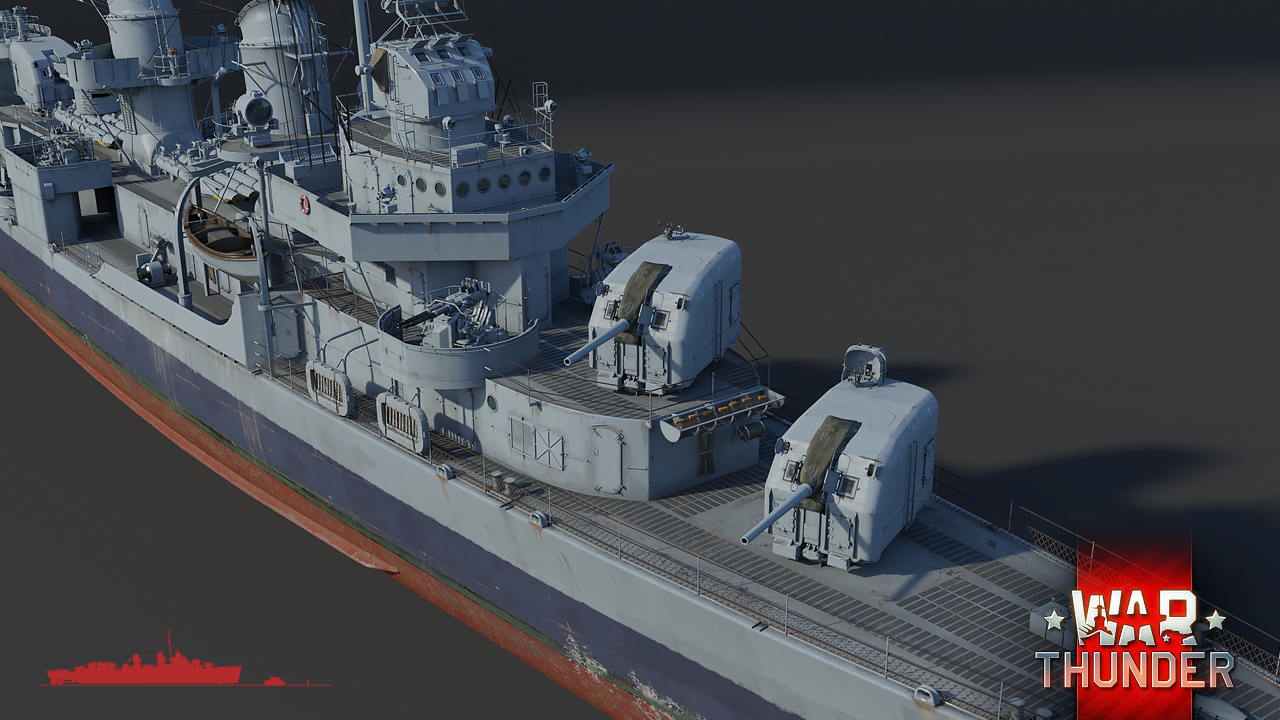 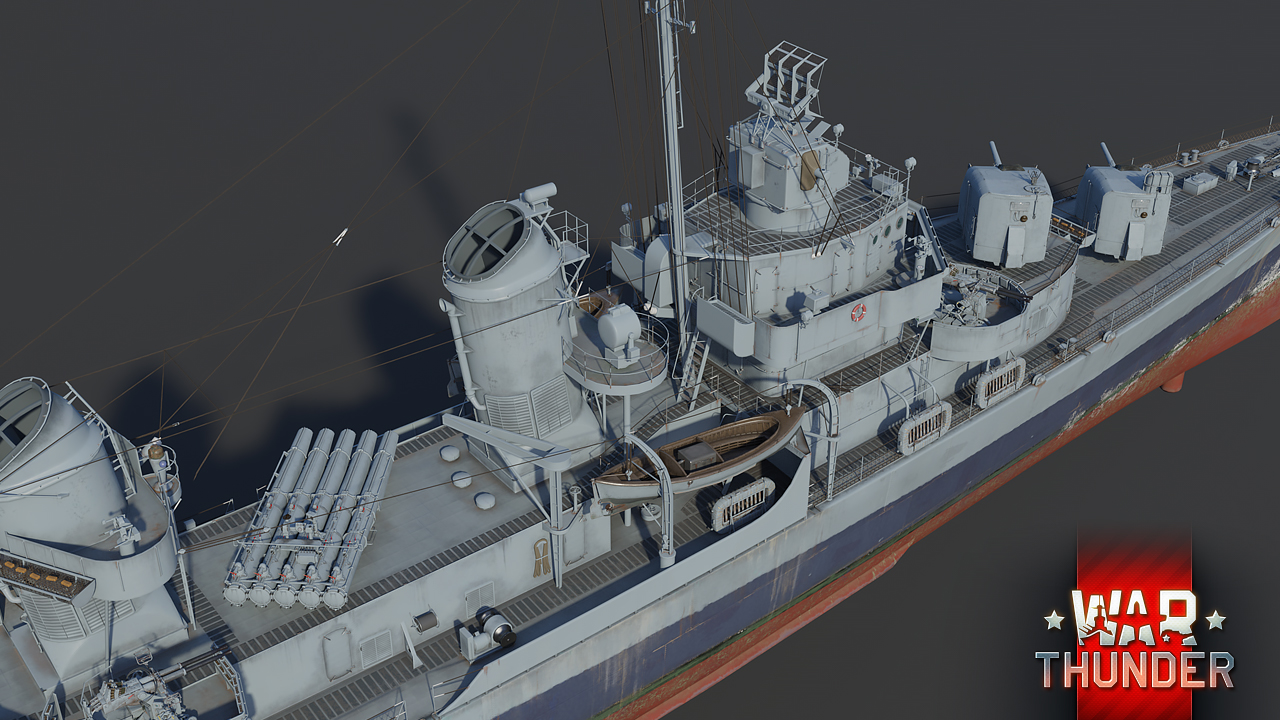 As has already been demonstrated to the occasional pilot or PT-boat captain during the closed naval testing sessions, the combination of American 40mm and 20mm cannons on Fletcher class destroyers is very deadly mix you do not want to be on the receiving end of, period. That being said, USS Cowell will continue doing what she does best in War Thunder as well, keeping the sky clear of any threats from above and providing supporting fire for her allies.

It’s certainly also worth mentioning that the Cowell is a premium ship at the end of the day, meaning that for every hit scored, plane downed and ship sunk, captains of the USS Cowell will earn additional rewards which go a long way into progressing through the ranks of the U.S. Navy!

Commenting is no longer available for this news
Rules
SaltySkylerr
24

All the comments already are so negative, great work guys. The model is amazing.

Thanks! The devs sure know how to model machines.

Ouiche, Prime example of how good they are in modeling machines is Challenger 1, great work!

You have to give them that : they are real fans of the game, not every vehicle is capable to reach a "Tiger I headlight" volume of comments!

Ouiche, thats true, no one can denie that

frumpycat, atm russia and france the 2 weakest so give us something!

Its worth noting, we are not just releasing premiums for this update, but we do show them off in dev blogs because they can be some of the more interesting machines. There are also several top tier ground forces machines as well as a plethora of aircraft across the board. Not to mention the start of Naval CBT soon after 1.79 which includes more researchable machines inside the closed test.

Smin1080p, I'm just saying that Gaijin needs to p\space out their premiums. Currently, you have announced 7 premiums for this update. Most of them are $50 USD. That is a lot. Wouldn't it be better if Gaijin spaced the announcements out?

So what made you choose USS Cowell as the american premium DD rather than a fletcher that still exists today as a museum? Such as USS Cassin Young or USS Kidd?

I'd have like to the see the Cassin Young, it would be cool to sail in a ship I've been on Irl

That's on hell of a story.

Ouiche, I can just see it - Cheap Premium because RNG is set to be... "interesting" for the Porter. :)

You already have the best tank in the game!

OmegaSirius, the M1 is already exterminating roaches left and right. If they will add the M1A1 then we would just be cleaning up every game