The Celere Sahariano was a late war experimental Italian medium tank, developed in response to the highly mobile British cruiser tanks encountered in the deserts of North Africa. Although the war ended before the Celere Sahariano could enter production, it will soon reinforce the lower ranks of the Italian ground forces tree in the upcoming “New Power” War Thunder update!

After clashing with British armored forces in the desert of North Africa in the early 1940’s, the Italian Army became impressed with the performance of the various cruiser tanks fielded by the British. As a result, the army issued an order to tank manufacturers to develop a new light vehicle whose mobility and firepower would outmatch that of the cruiser tanks.

Already in 1941, work on the new vehicle began as mockups were created based on the existing M14/41 medium tank. The new vehicle incorporated thin, but sloped armor, as well as a torsion bar suspension system, instead of the more commonly used leaf spring system on similar fighting vehicles.

A single prototype of the vehicle was built by 1943, which had multiple engines trialed, including aviation ones. However, with the worsening war situation, limited Italian industrial capacity and the P40 taking over production priority along with the fact that Italy was driven out of the theater for which the vehicle was initially designed for, all this led to diminishing interest in the vehicle.

With all these factors in play, further development of the Celere Sahariano was halted and the project subsequently cancelled, leaving the sole prototype of the vehicle as the only example of the design to be built. 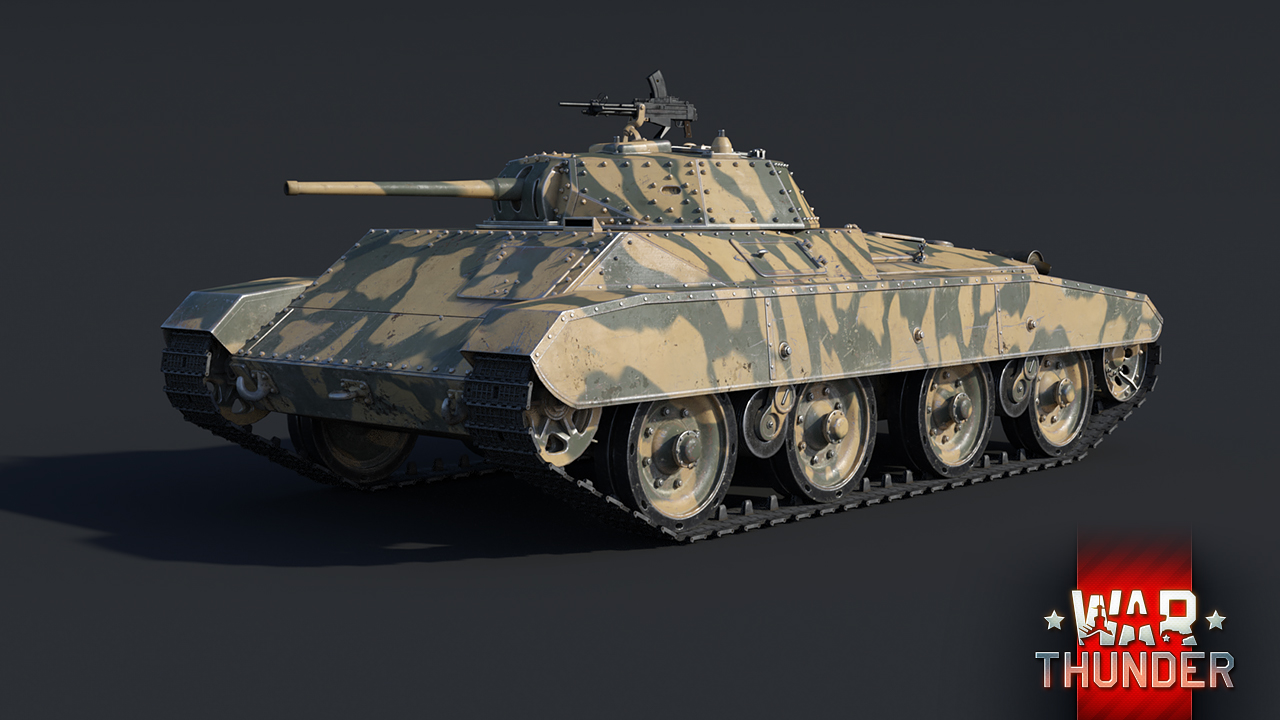 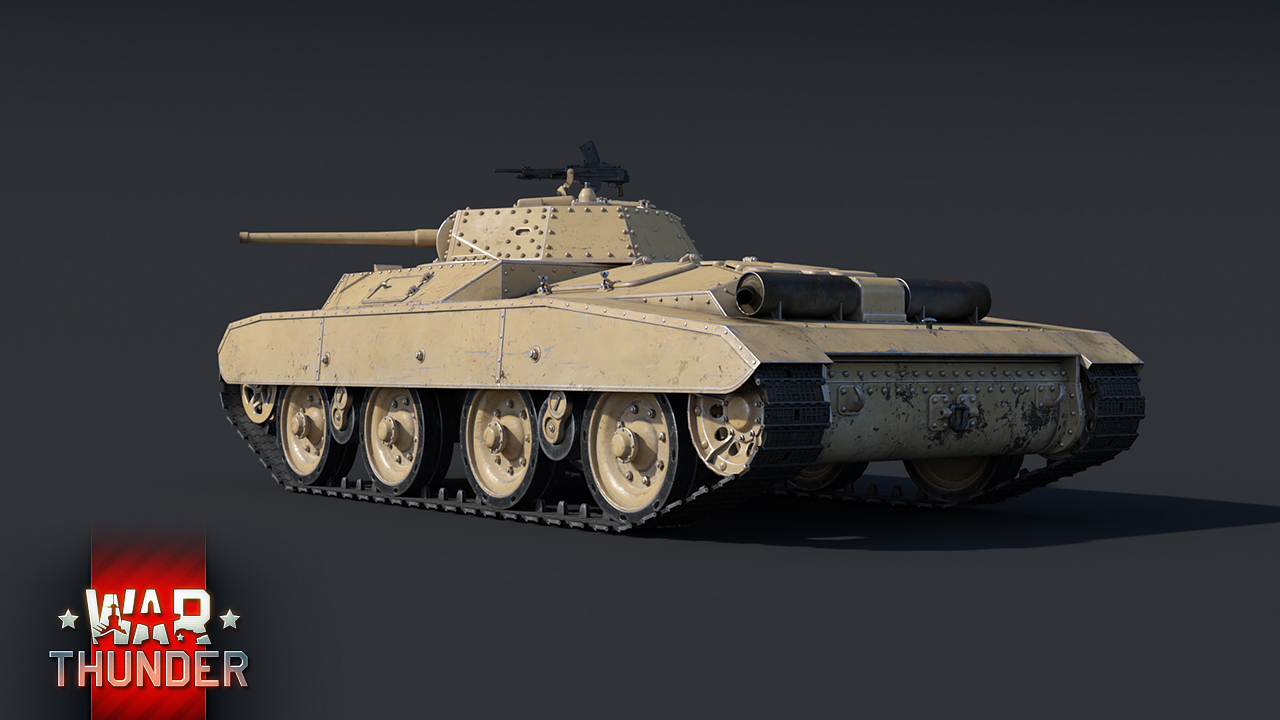 In War Thunder, the Celere Sahariano will be a new premium medium tank arriving to the lower ranks of the Italian ground forces tree with the release of the upcoming major update. Unlike most other Italian tracked fighting vehicles found at this rank, the Celere Sahariano combines superb mobility with a small profile and quick firing cannon, making for an excellent  low rank scout and representing a good alternative to some of the heavier frontline fighters found at the same rank.

The Celere Sahariano is armed with the same 47 mm L40 anti-tank cannon, familiar to most tankers who climbed the early ranks of the Italian ground tree. Offering an ideal balance between good ballistic properties and a reasonable rate of fire, the 47/40 cannon will make short work of most targets, but may have some difficulties effectively dealing with some of the early heavy tanks which players may encounter at this rank.

Although the reliable 47 mm cannon represents the business end of the Celere Sahariano’s foreign affairs policy, its arguably most distinguishing characteristic is its excellent mobility. While the Celere Sahariano was trialed with various engine options, the last engine it was fitted with before the project was abandoned was a 275 horsepower gasoline engine, allowing the vehicle to reach a top speed of up to 60 km/h.

Fun Fact: The Celere Sahariano is the only Italian WWII-era tank to utilize a rear drive train similar to the Soviet BT and T-34 series tanks.

This, in combination with a  torsion bar suspension with which it was fitted, allows the Celere Sahariano to smoothly traverse even some of the more hostile terrain types, thus enabling it to easily outmaneuver enemy forces and either provide valuable intel on the enemy’s movements to its allies or seize the opportunity to harass the enemy’s rear on its own.

However, as is common with light and highly mobile vehicles, their armor protection most definitely is only of formal value. This also rings true in the case of the Celere Sahariano, whose strongest armor plate is the upper glacis with 30 mm of thickness.  As such, the Celere Sahariano will only be adequately protected against machine gun fire as well as autocannons at longer distances. On the other hand, aspiring Celere Sahariano commanders might have it easier to avoid detection and the ensuing hostile fire thanks to the very low silhouette of the vehicle, which when combined with the vehicle’s aforementioned superb mobility, makes it a very stealthy predator!

The Celere Sahariano will soon be arriving in War Thunder and will reinforce the Italian ground forces tree as a new medium tank of the lower ranks, available to tankers with the release of the upcoming update. In the meantime, be sure to stay tuned to the news to catch all the latest developments in the next major update “New Power”, coming to the game in the near future. Until then, happy hunting tankers!

We would like to thanks to Nicola “Kolin0” Faggiani and Riccardo “BlueBeta” Lo Verso who are creators of this model :)

Isn't he cute? We should add in PROS: cute!

Raiden_Black, It would be great as a premium or event vehicel :D

Definitely should have been added. Another Pro? THICC

Conte_Baracca, It's like the Ravioli of the pasta tanks

It should have been in standart tree, not as a premium

An experimental single vehicle prototype in the standard tree...?

It wasn't even finished, you're lucky to be getting it at all.

EventAnyDamage, 'Sole prototype'. How did you not see those words? Can you please read the article properly? Don't see things only you want to see.

Yes, let's put the Italian vehicles in the premium section of the tree, and put the American vehicles in the regular section. You really have to be more relaxed when adding prototypes, or perhaps even paper vehicles to trees of economically and industrially challenged countries

The American tanks were used in larger numbers by Italy whereas only 1 of these machines was made and it never made it beyond a prototype. It makes far more sense a premium.

Smin1080p, So would you say that gajin should take out all the prototypes in Italy and replace them with American stuff? Then it would really be Italy would it?

Thank you Gaijin! I was waiting for this baby ^_^

AdelWolf, The P-51A is in game as a reward vehicle from Thunder League.

Best vehicle in this entire update.

No. It is awesome!

BlueBeta, No, it is Pasta!